Meet the co-presidents of Relay for Life at Ithaca

For twelve straight hours, IC students, community members, families, and friends all came out to relay and support the fight against cancer. 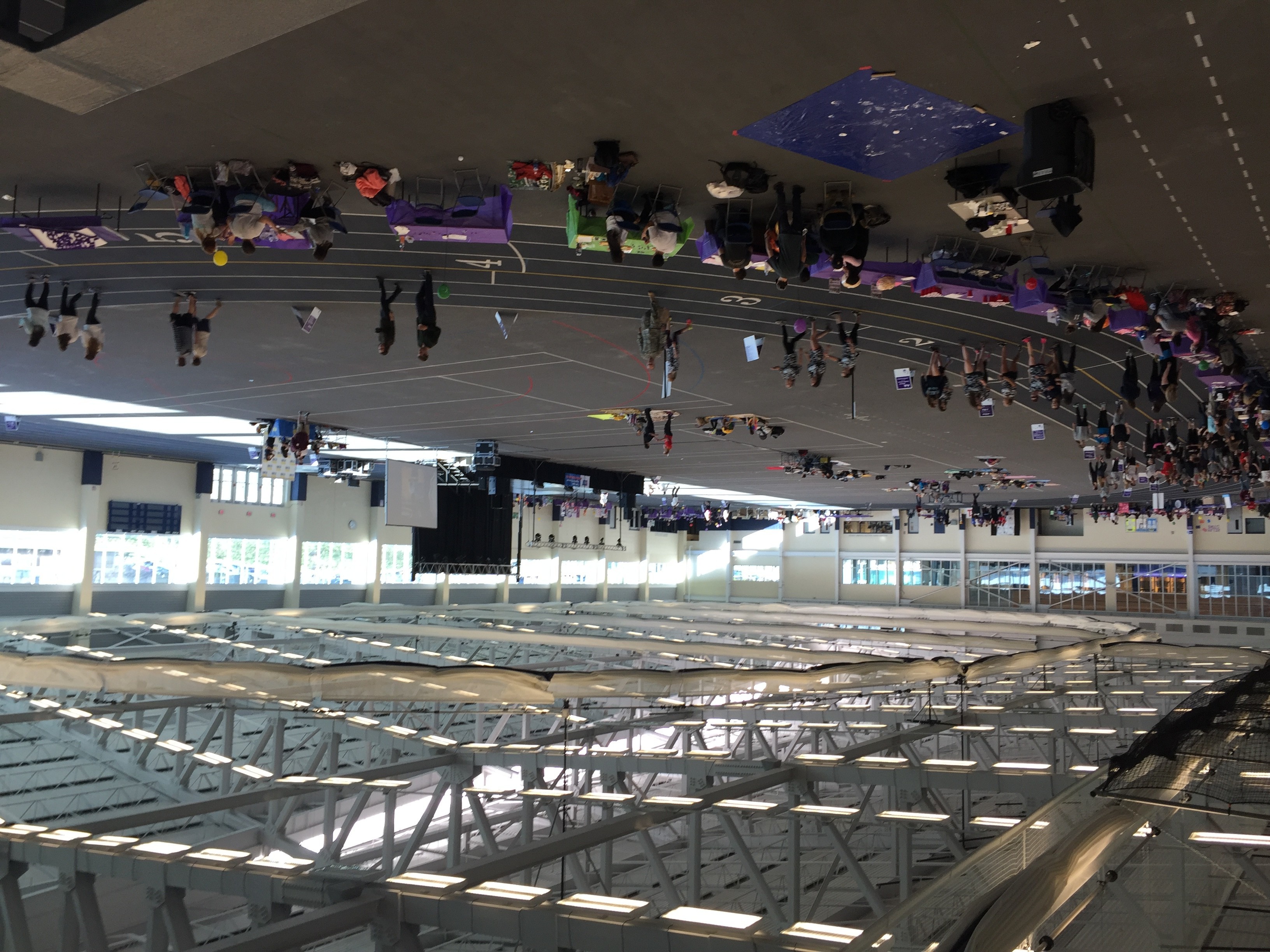 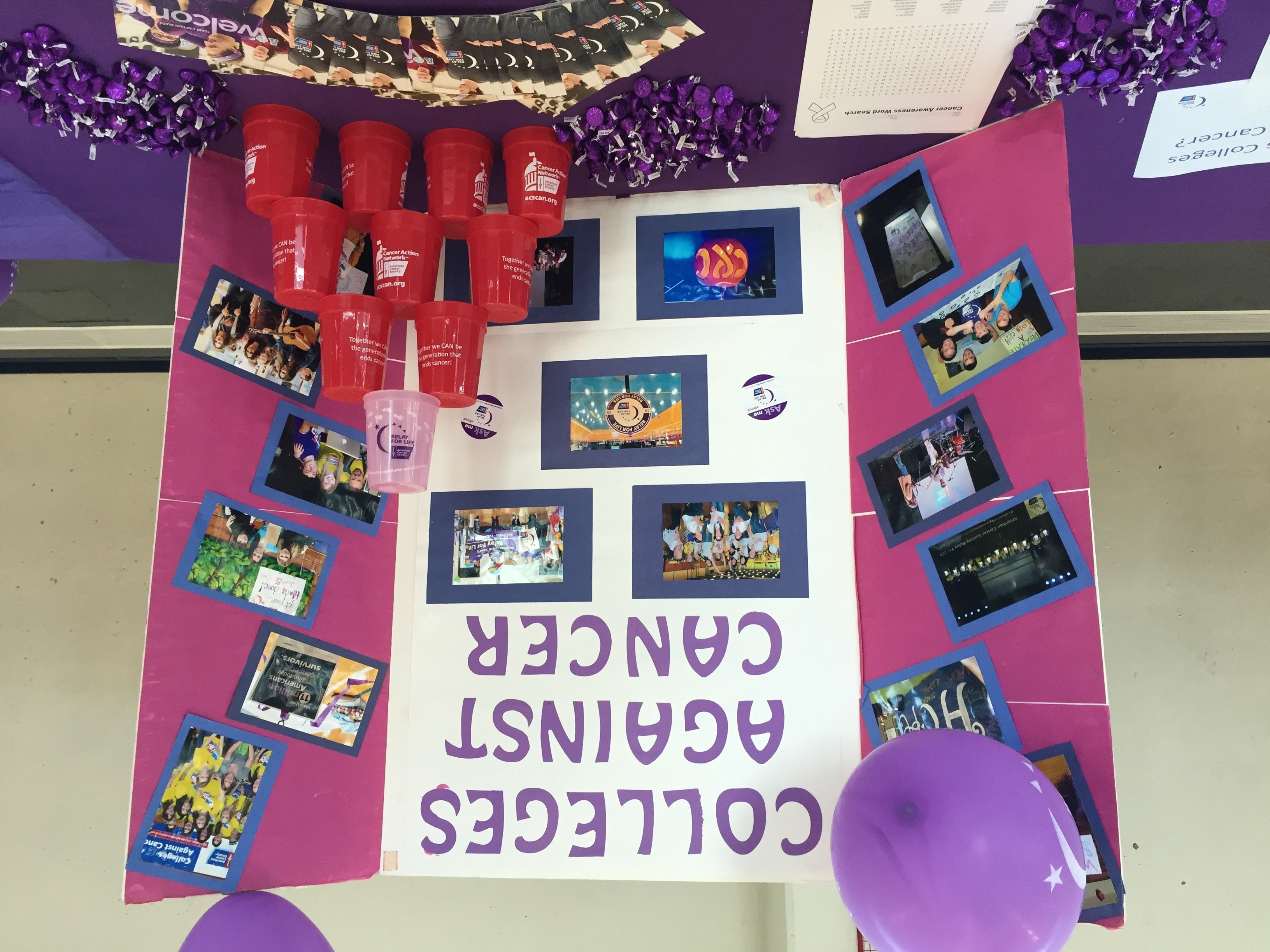 The event, which works to raise cancer awareness and honor those currently fighting this horrible disease, as well as those who have lost their battle to it, raised over $56,000 by the end of the night.

The day, which began at 2pm, was filled with games, activities, raffles, themed laps, and of course, delicious food from sponsors all over Ithaca. Clubs, fraternities, sororities, varsity sports, and individual teams all created their own tables, each with something different to offer. Ideas ranged from Alpha Epsilon Pi’s “Pie a Pi”, Ithaca Volleyball’s sitting volleyball tournament, and Love Your Melon’s card making for children with cancer. 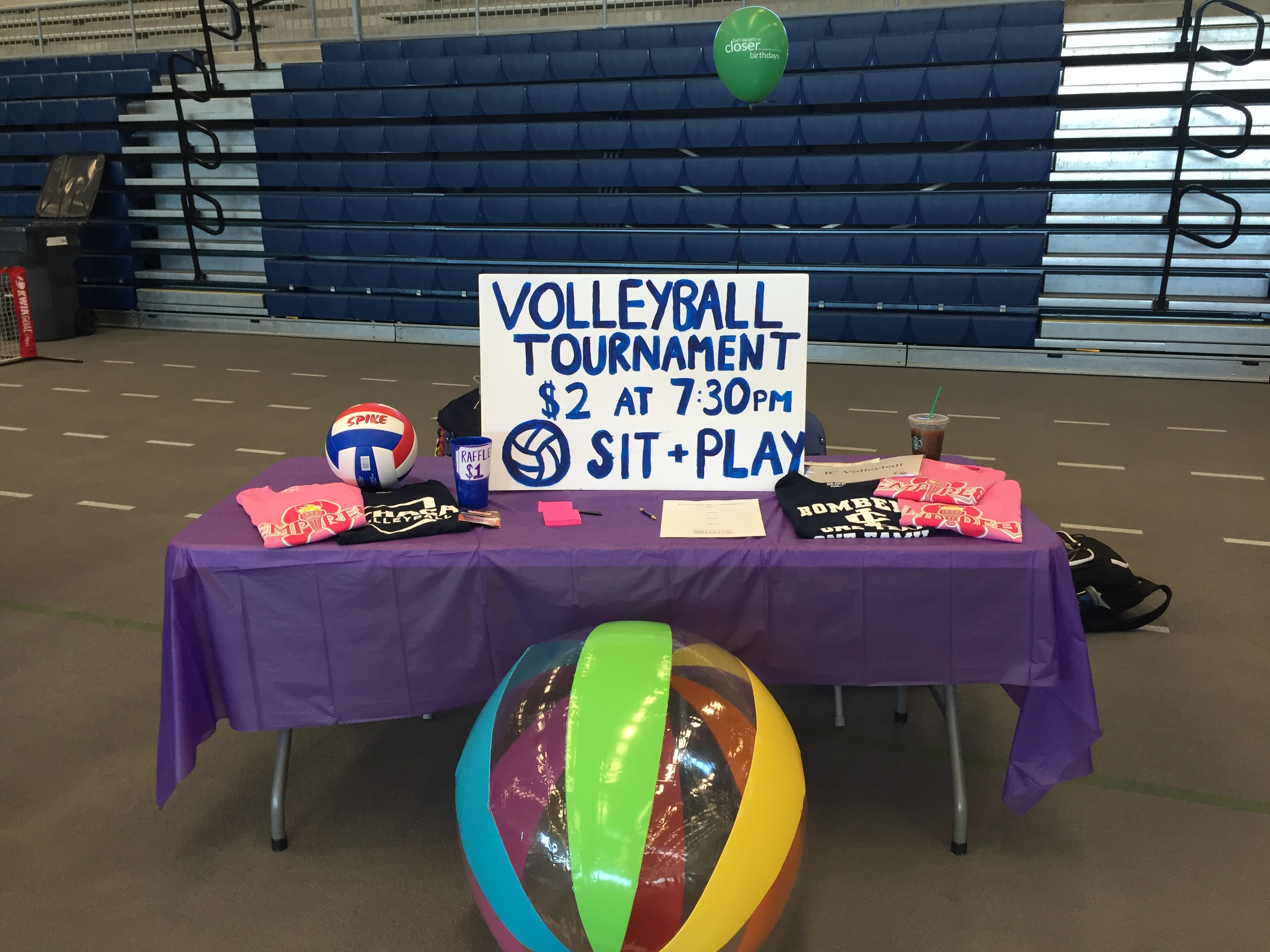 Other notable moments throughout the day included the Survivors lap, an incredibly empowering speech from brain cancer survivor, Marleah Gulla, and the touching Luminaria ceremony, honoring those who have passed. 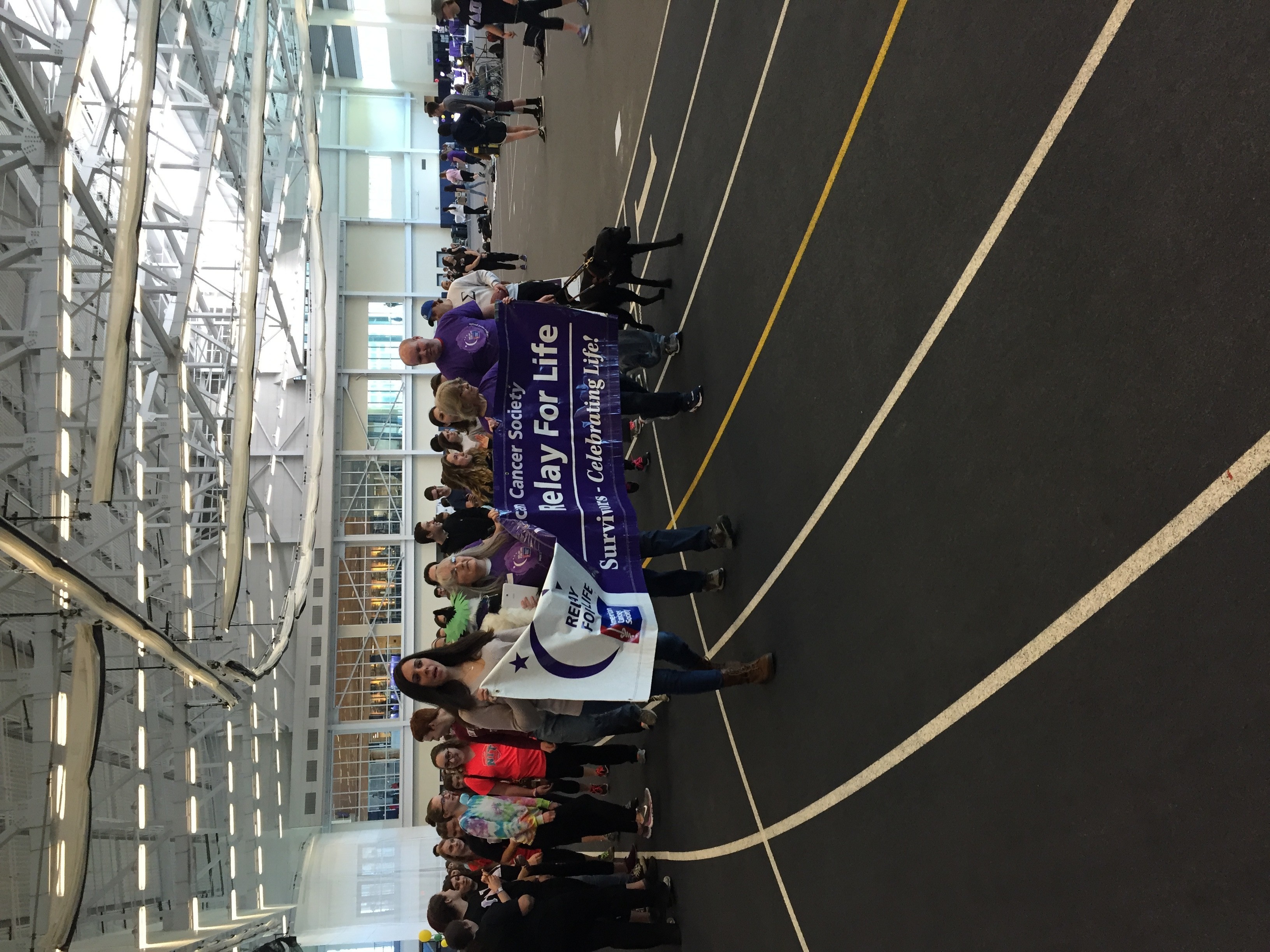 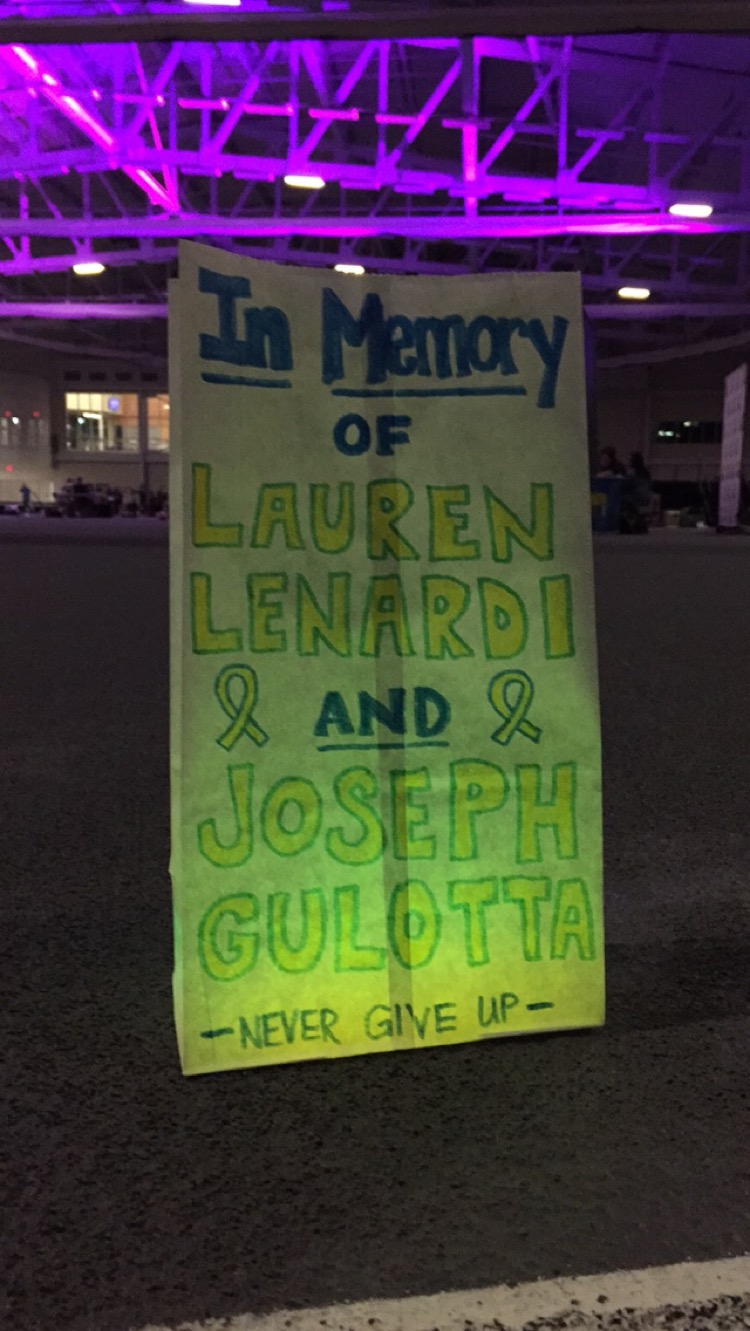 Gulla, a Rome, NY native, was diagnosed with Angioblastoma, the deadliest form of brain cancer, at age 21. Despite only given 12-18 months to live, Gulla proved the odds wrong and now seven years later, is in remission. In her speech at Relay, Gulla explained how crucial it is to have humor in your life, especially during the adversities we all face. Her story, along with the rest of the survivors at Relay, showed everyone the true meaning of willpower, strength, and courage.

None of this, however, could have been possible without the two Co-Presidents of CAC, Carli Rumstein and Marlee Wierda. Interestingly enough, Marlee and Carli came from completely different Relay backgrounds prior to college. Carli, an IC senior, has been a part of Relay For Life since her freshman year in college.

“I had never done Relay For Life before, or had even heard about it. I was just looking for a place to meet some great friends, and it just kinda happened,” Carli said. “It fell into my lap and it’s been the best thing I’ve done in college yet.”

Marlee, on the other hand, was a Relay veteran entering IC in Fall 2014 and became Co-President of CAC in her sophomore year, after just one year in the club.

“I’ve been relaying since my first year of high school and I’ve done it every year since. It holds a very special place in my heart,” Marlee said. “I wanted to join and make my mark on CAC, put my input into Relay, and make it as big as it is right now.”

Despite their differences in Relay backgrounds, the Co-Presidents both have been personally impacted by cancer through family members and friends.

“I had one person in my family pass away from lung cancer a couple of years ago and I have four men in my family that all have prostate cancer,” Marlee said. “So many people in my family have been affected by cancer, so this is my way to give back and show my family I’m fighting with them as well.”

Carli said: “My mom’s very close friend passed recently from breast cancer just a few weeks ago. But it’s really interesting how everyone in some way is connected to cancer and I think that’s what ties people together at this event in the end.”

In her final year, Carli placed within the Top 5 participants for the event, raising $1,255 individually. While Marlee has two more years at Ithaca College to continue the fight against cancer through CAC, this was Carli’s last time relaying on South Hill as an IC student – and it was a bittersweet one, for sure.

“It’s so sad, but it really makes me feel fantastic because I have such an incredible group with me,” Carli said. “We’re really such a team and I know they’re going to take it to fantastic places.” 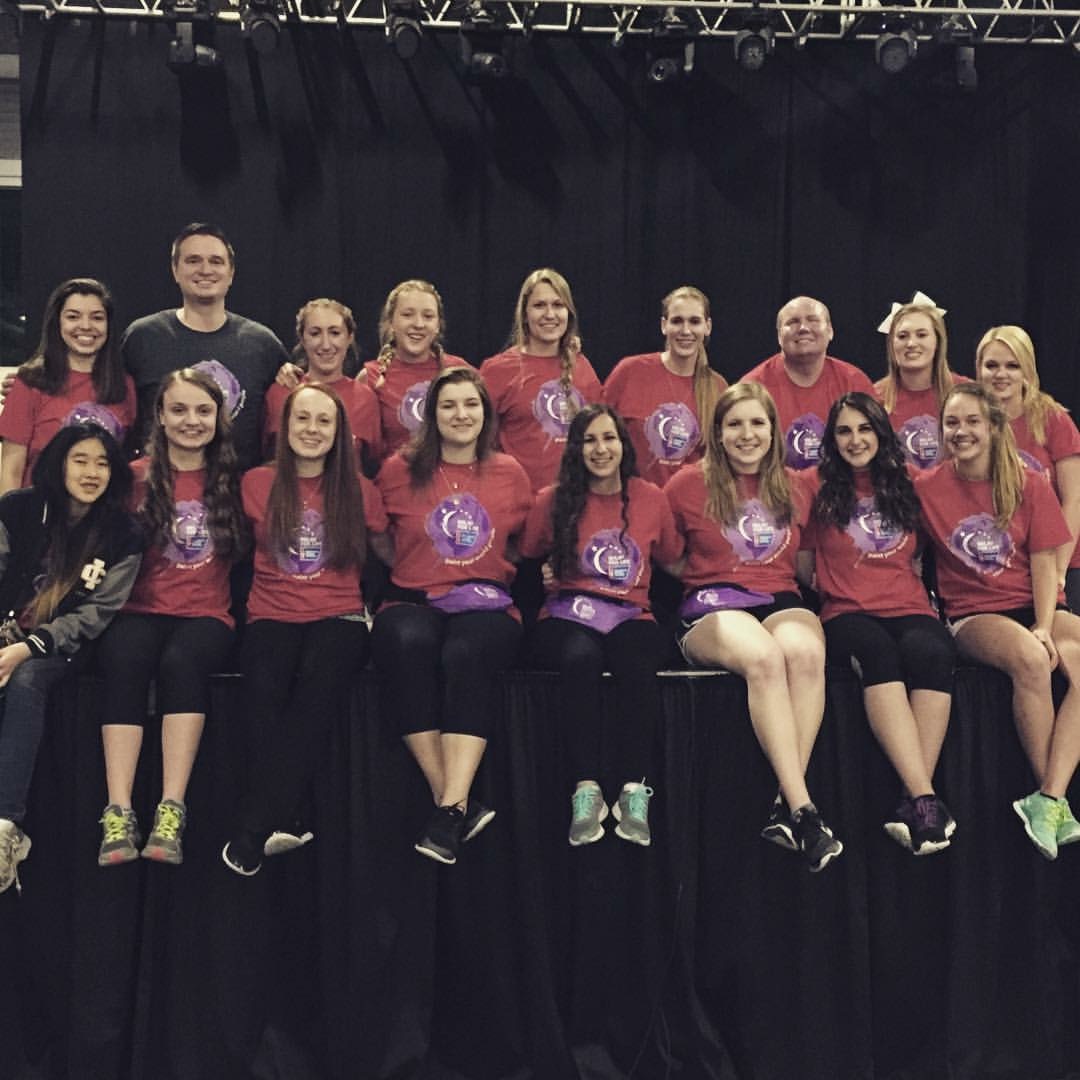 The Executive Board of Colleges Against Cancer

She’s certainly right, with this year’s Relay For Life earning almost $10,000 more than what was raised last year. How far will Colleges Against Cancer go in the future? Time will only tell, but under the leadership of this crew, I have no doubts that each year will continue to get better and better.