People are throwing away their Juuls left and right

If you use a Juul, don't panic yet, Hawkeyes! Screenshots of texts claiming individuals are being diagnosed with lung cancer from recreational Juul use have gone viral, and yesterday the photos made their way into the group messages of Iowa students. 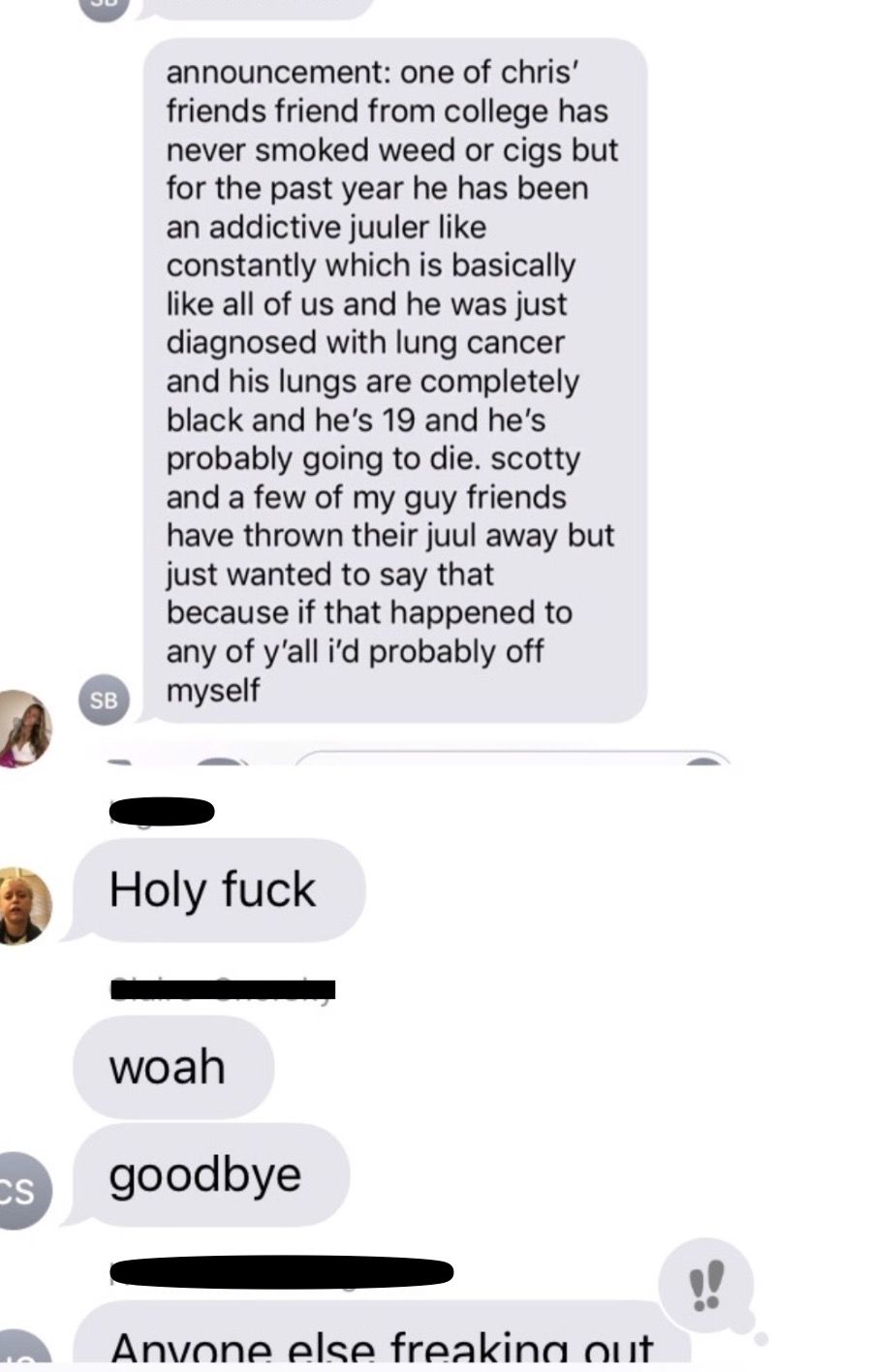 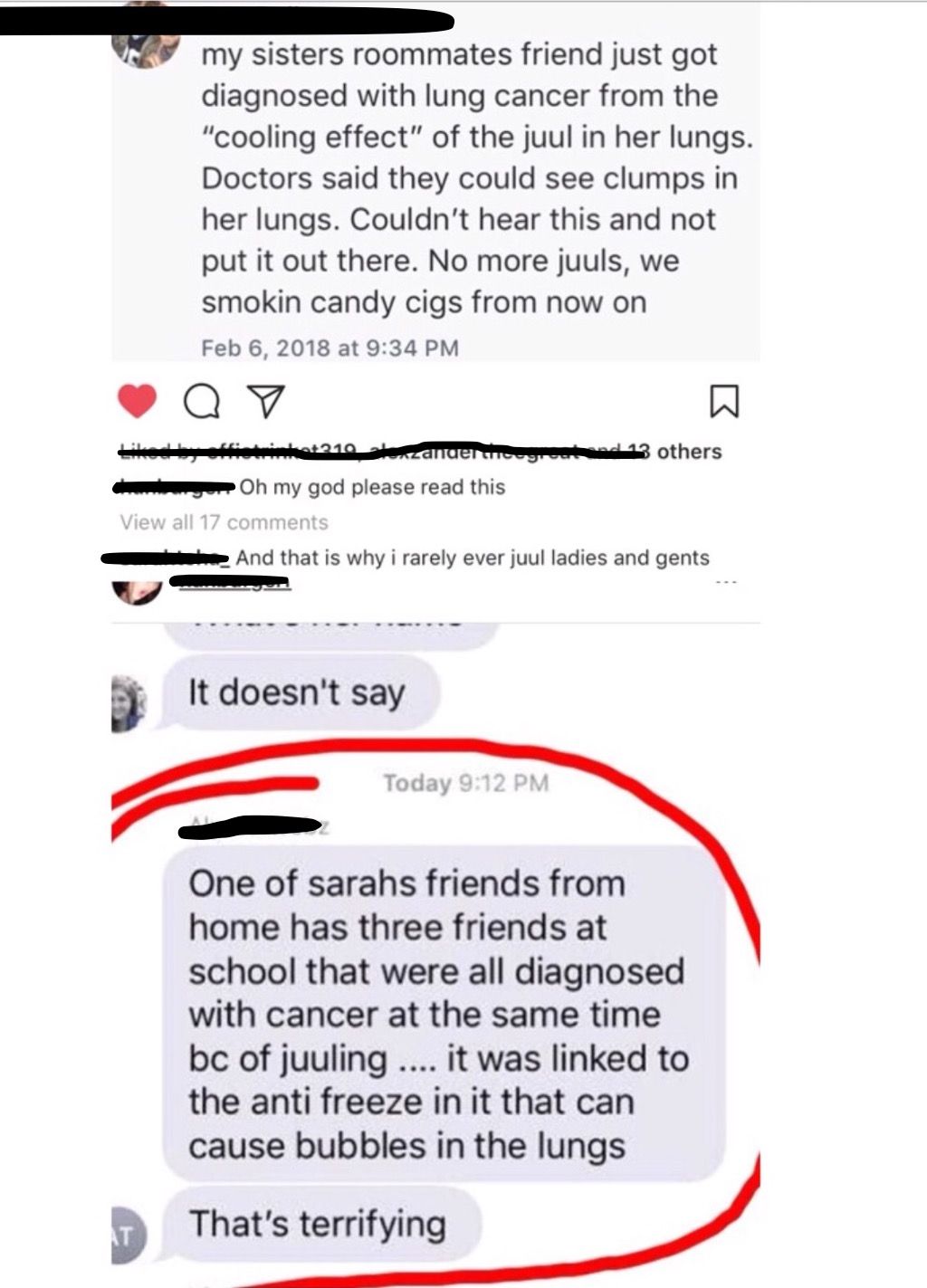 Juul users across Iowa City are freaking out. Group messages are blowing up and people are sending their Juuls straight to the landfill. 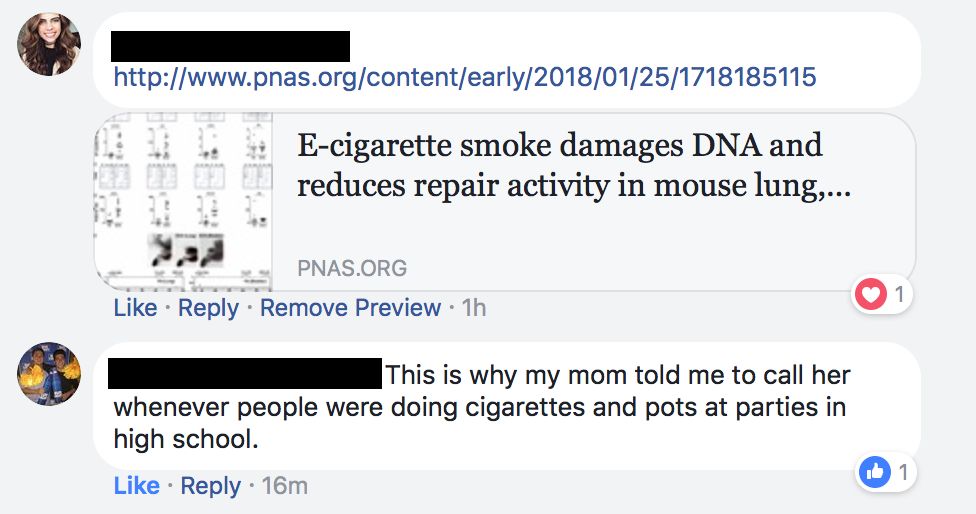 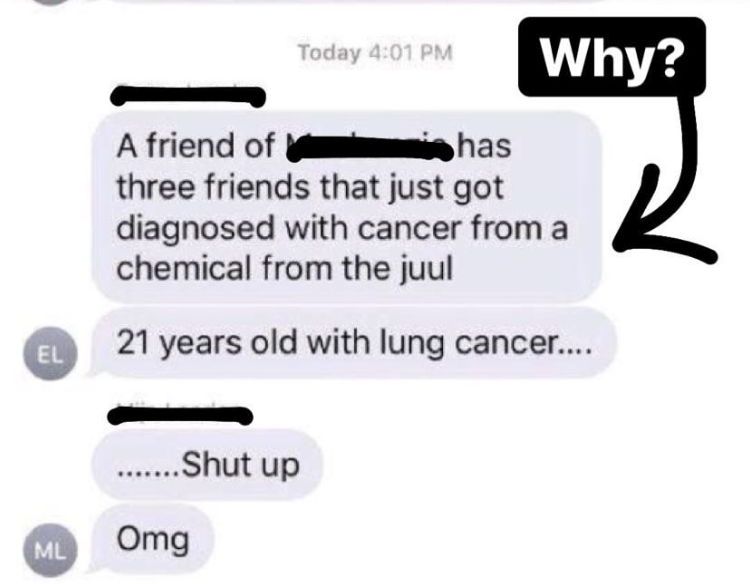 As of right now, there is no hard evidence that anyone has actually been diagnosed with lung cancer from Juul use alone.

Dr. Kien Vuu, clinical professor of medicine at UCLA-David Geffen School of Medicine, said, "It is unlikely that 'Juuling' has a short term carcinogenic effect which would cause cancer so early in these young people. It usually takes a lag time from an exposure of a carcinogen before cancer ensues.

"The contents within the Juul capsules are unknown in many cases, so it is possible for people to develop bronchitis, bronchiolitis, or forms of acute lung injury which can be severe. The carcinogenic effects of these additional substances long term are unknown at this point; so to say that the contents of Juul has no carcinogenic effects would be unjustified – we just don't know."

The allegations were also denied by the spokesperson for Juul.

She told The Tab, "The claim circulating on social media that individuals' friends 'have been diagnosed with cancer as a direct result of the JUUL' is unsubstantiated and reckless. For all our customers, partners and employees that are on our important mission with us to improve public health, know that we will protect the company and our customers and take legal action as appropriate.

"At JUUL Labs, we care deeply about our customers. Many people in the company and their friends use JUUL as well, so we include ourselves as our customers. We are a mission driven company seeking to eliminate cigarettes by providing a true alternative for adult smokers.

"JUUL incorporates important technological advances and best practices which include the following; First, JUUL is temperature regulated to minimize the emissions of combustion-related degradation products. Second, we do not add chemicals of concern on key FDA lists such as formaldehyde as ingredients. (Note that nicotine, while on these lists, is included in our product to facilitate switching for adult smokers.) Third, independent third-party laboratories have conducted validated analytical tests on the aerosol contents of JUUL and we are excited to present these results within the SRNT scientific forum at the end of this month.

The concept that Juul vapor could cause health issues is not something new. These e-cigs have only been around for a few years, and are still not approved by the FDA.

E-cigs use special technology to heat the 'juice' to an exact temperature and filter it with a cooling agent that gives the vapor its signature chilling sensation.

Glycerol and Propylene Glycol are used in every other e-cig, but the additional health concern stems from the Benzoic Acid. It is mildly toxic when present in food and can cause damage to the nervous system if inhaled.

However, Benzoic Acid isn't harmful when ingested in small amounts, and is not classified as a carcinogen by the FDA.

As a result of these claims, users have turned to Twitter to debate whether or not there is any truth to the accusations. Some are even making fun of the group messages that have gone viral. 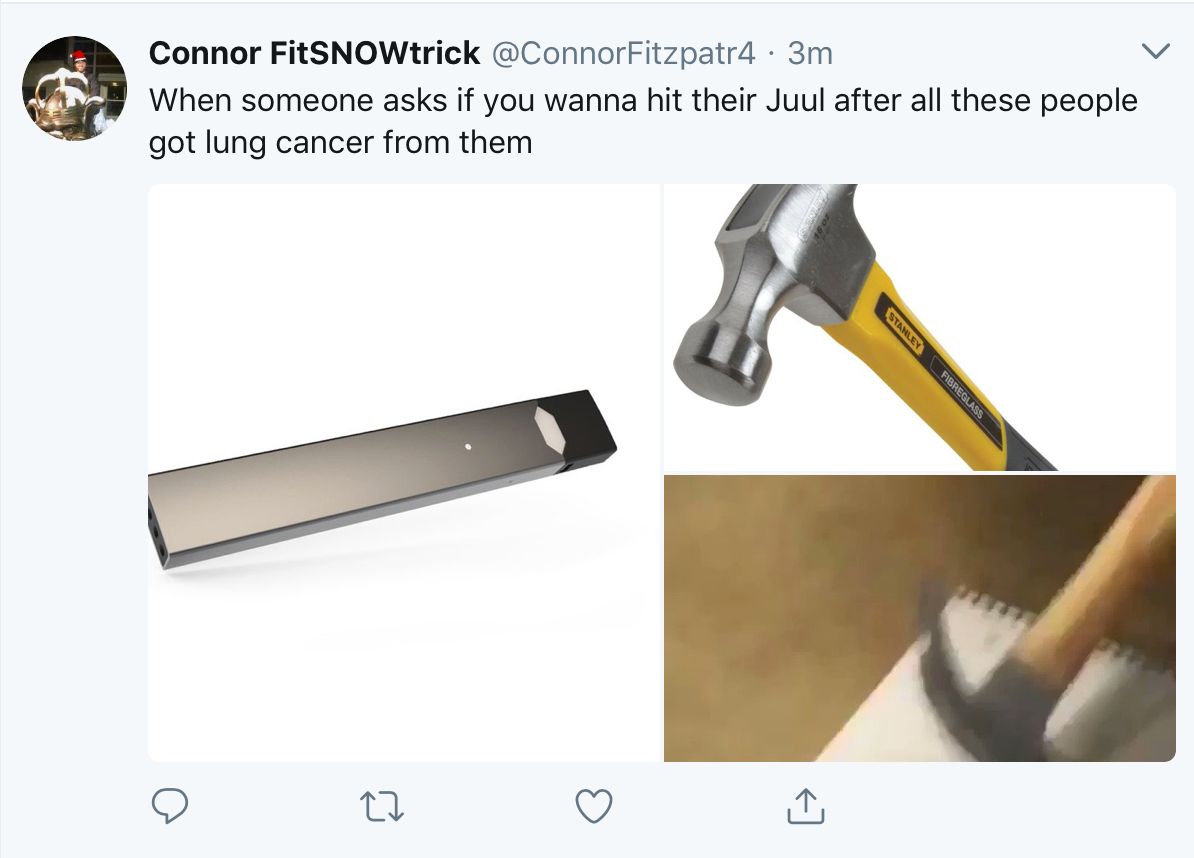 Reddit forums are also blowing up about this Juul/cancer correlation, and the discussions have produced mixed feelings. Users are sharing their own stories, speculating the rumors and discovering that many of them have been sent the same chain of group message screenshots. 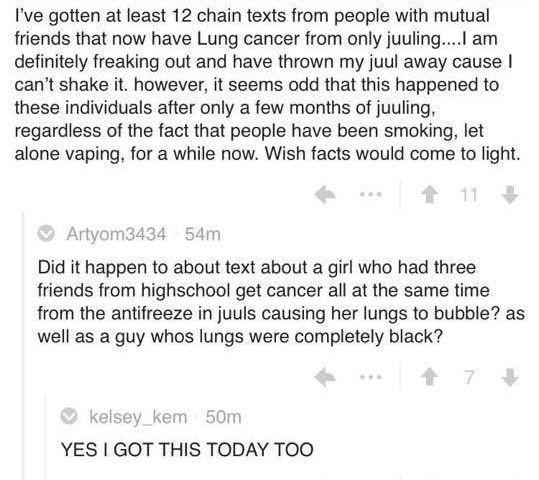 One Reddit user even believes that the rumor was started by big tobacco companies to take down the e-cigarette company, Pax. 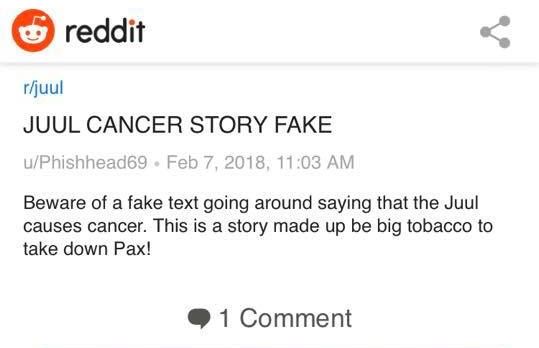 As of now, there's no way to know for sure that there is any real connection with Juuls and lung cancer. However, when a notable doctor comes forward with compelling evidence and a real diagnosis, we'll be all ears.

This all being said, use of any form of tobacco or nicotine can be dangerous and highly addictive. It is recommended that you discontinue recreational use of this product if you aren't using it specifically to quit cigarette use.

The spokesperson for Juul said, "The best decision is to never start smoking or initiate nicotine-containing products. We stand by our mission to serve as a true alternative to combusted cigarettes for adult smokers. We will continue to respond as necessary to unfounded allegations."