On Tuesday, a pro-life organization hosted a demonstration at Indiana University between the Eskenazi Museum of Art and the Wildermuth Intramural Center, an alleyway that many students walk through on their way to class.

Members of Created Equal, the organization, asked students passing by their views on abortion, offered each one a flyer with promotional information about Created Equal, and explained their organization's goals and objectives to anyone that would listen.

Planned Parenthood was also there, with volunteers standing at both ends of the alley offering to accompany anyone who needed to walk through. They also set up a table across the street outside of Woodburn Hall providing information about reproductive choice and giving students the opportunity to sign up to volunteer with their organization. 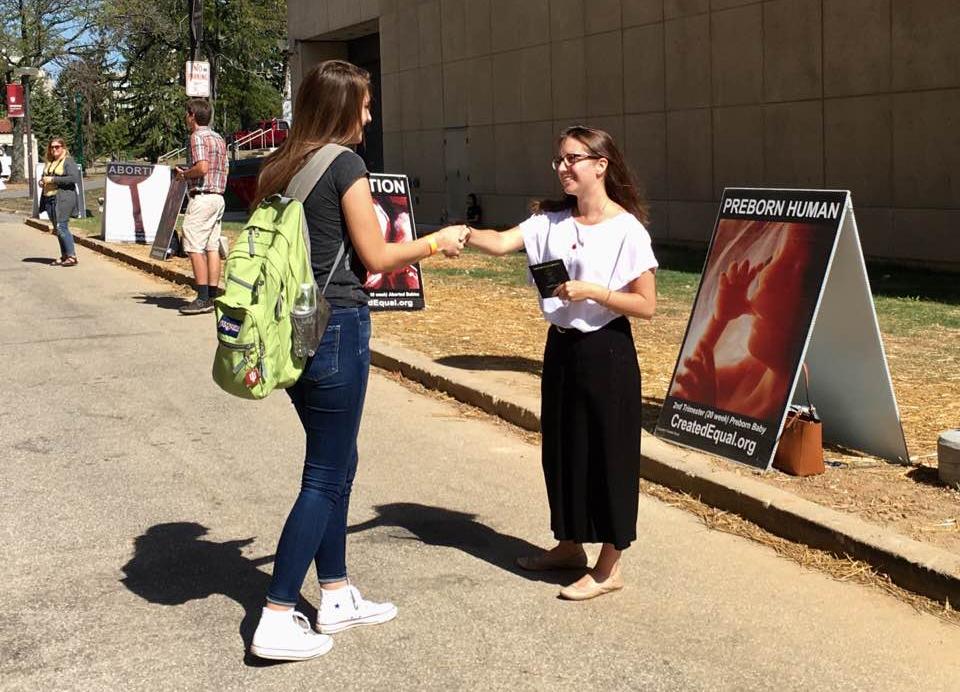 The event was rather peaceful, with only minimal shouting. Most students simply ignored the members of Created Equal and kept on walking.

Unfortunately, though, an elementary school field trip was scheduled to visit the Bloomington campus that day. Young children were forced to walk past the demonstration and disturbing photos. 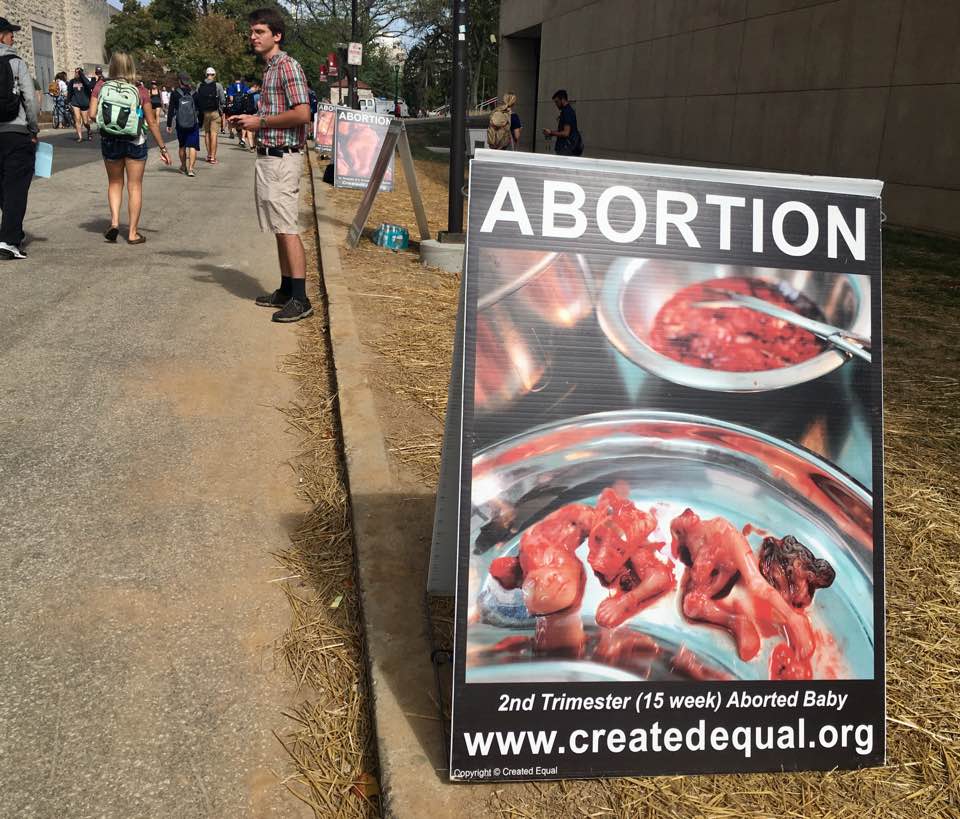 An anonymous IU student stated that the demonstration was "irresponsible because it could be triggering to individuals who have gone through this and there's no place for it." 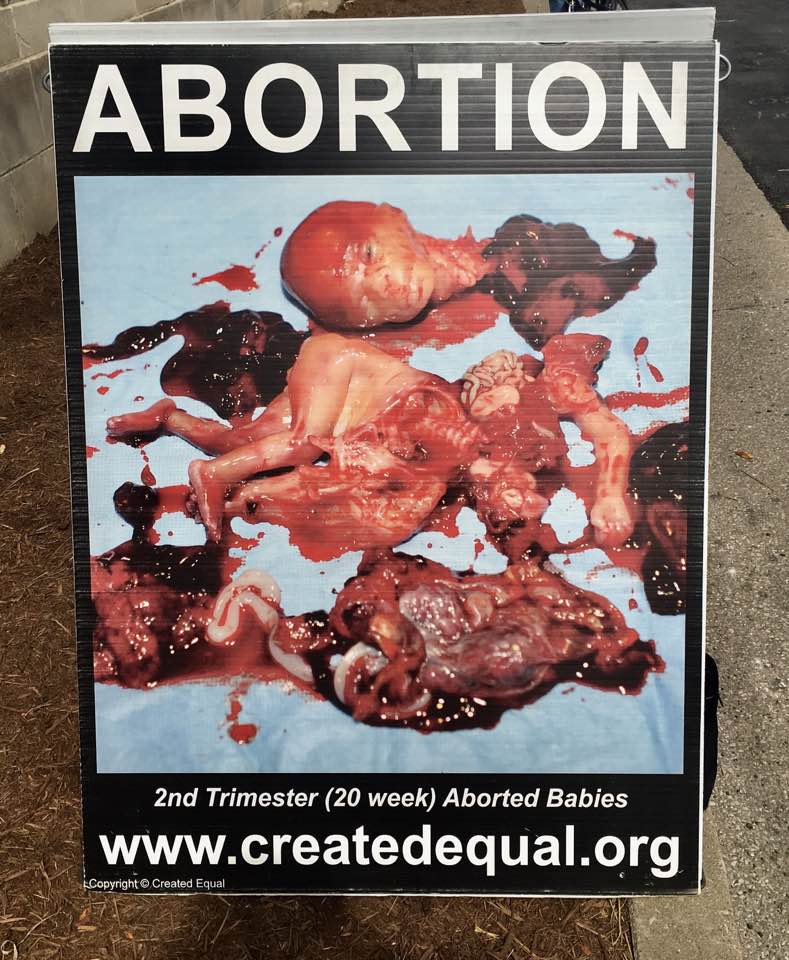 When asked about the Planned Parenthood table, she said "I think it's wonderful that they're creating a safe space and kind of like pulling back from this, because this is terrible and I just think it's good that they are trying to balance this, like, gross imbalance."

Maria Bucur, IU professor in the departments of history and gender studies said her students were tabling for Planned Parenthood Action as a counter-protest.

"The issue is there's freedom of speech that we all respect and support, that allows the privilege of the man behind me to depict their version of what reproduction is about, and what abortion is about and that's okay, I guess, you don't have to stop and look," Bucur said. "They , I believe, are a distortion of what's really happening because what is being depicted here isn't of babies." 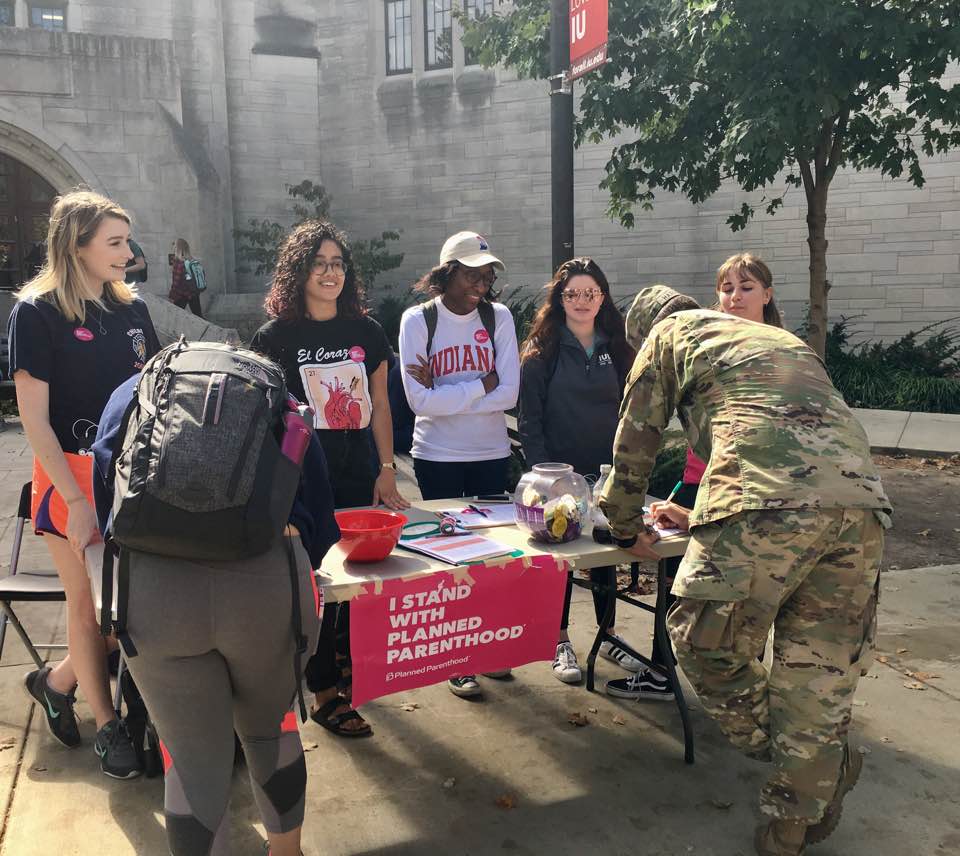 Bucur acknowledged that everyone has the freedom to "think what they think and say what they say." Along with her students, she offers passersby and everyone at Indiana University access to alternate information so they can be informed about what reproductive choice is about.