During her first month waitressing at Bj's Restaurant and Brewery in Bloomington, an Indiana University student received an exorbitant tip of $250. Yes, she cried, and no, she's not OK (according to her Facebook post). 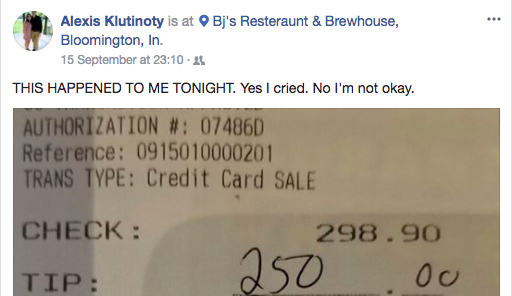 Alexis Klutinoty, a junior at IU studying criminal justice and psychology, was waiting on a table of 11 people who she said were "really nice." the father who paid the check repeatedly told Klutinoty that he was going to "take care of [her]" for her honesty.

While most servers will say every dish available is delectable, Klutinoty's transparency was rewarded. When asked how the flatbread appetizers are, she told the father who tipped her, "that one is sometimes so greasy it's hard to eat."

Klutinoty knew she was going to get a nice tip at the end of the meal, "but I didn't think he'd tip me more than 100 percent of his actual bill!" (It was less than a-hundo-p, but who's counting?)

"When I took the book off the table (while they were still sitting there) to put the tip into the system, I went to the kitchen and started crying," Klutinoty said.

On an average night, the IU student rakes in a little over $100. That night, she went home with four times as much, all going into savings. 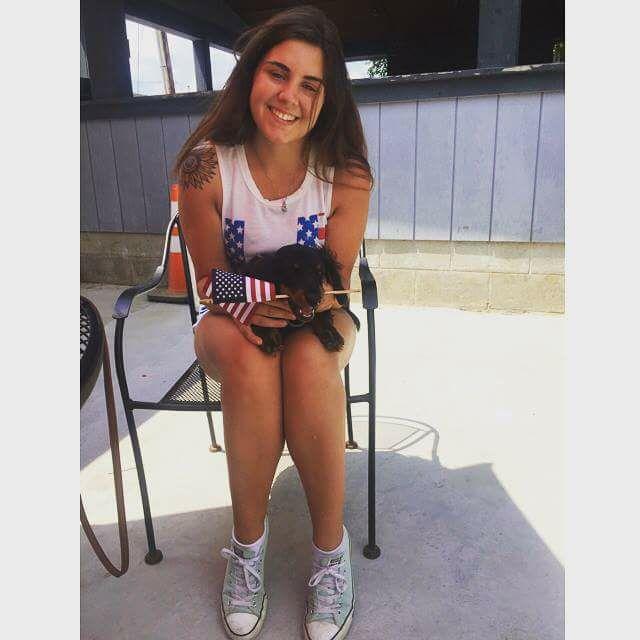 She lives paycheck to paycheck and budgets so she can pay off her monthly bills. But as soon as she can afford it she'd love to rent a house with a backyard for her weiner-dog Oakley to run around in. You know where you can tip her!