‘Kill Trump’ and other messages chalked on IU sidewalks

Many messages — both pro and anti-Trump — appeared on IU sidewalks across campus Monday morning.

Like many college campuses, Indiana University permits its students to advertise messages and event descriptions in chalk on the sidewalks between school buildings. Over the weekend, a large number of chalk messages related to the election appeared on the path between Ballantine Hall and Woodburn Hall, but many of these messages contradicted one another.

The most shocking message spotted was one which writes “Kill Trump” directly below a heart with a peace sign drawn through it. 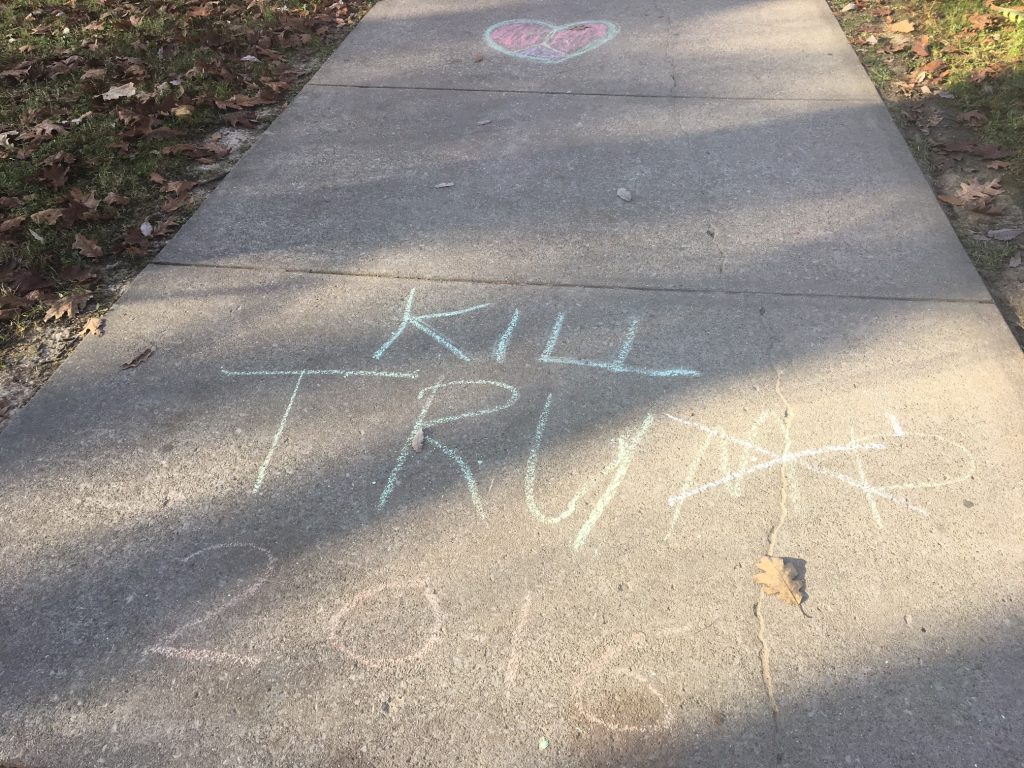 Some of these chalk messages were meant to be empowering and to spread love, kindness and positivity. 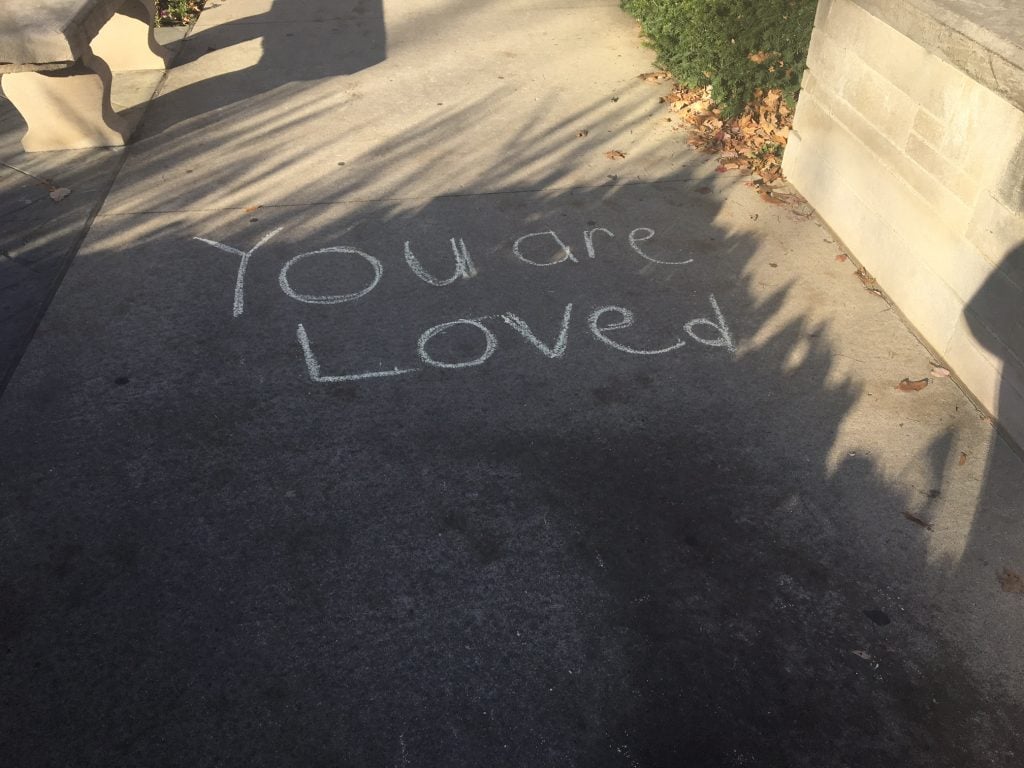 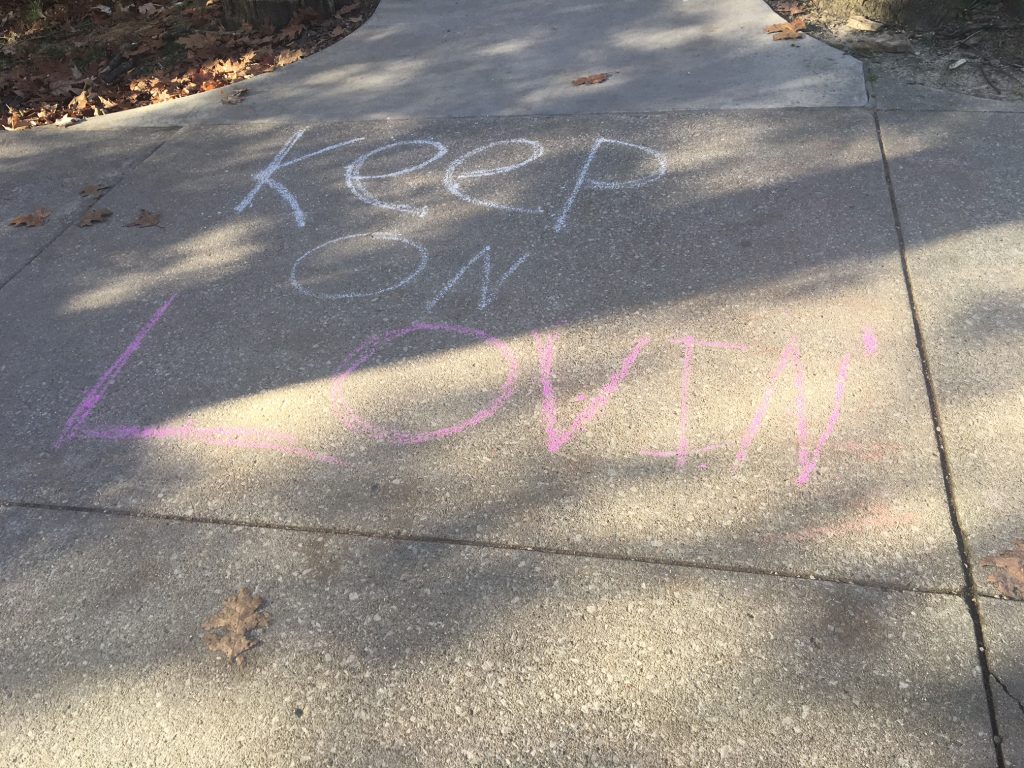 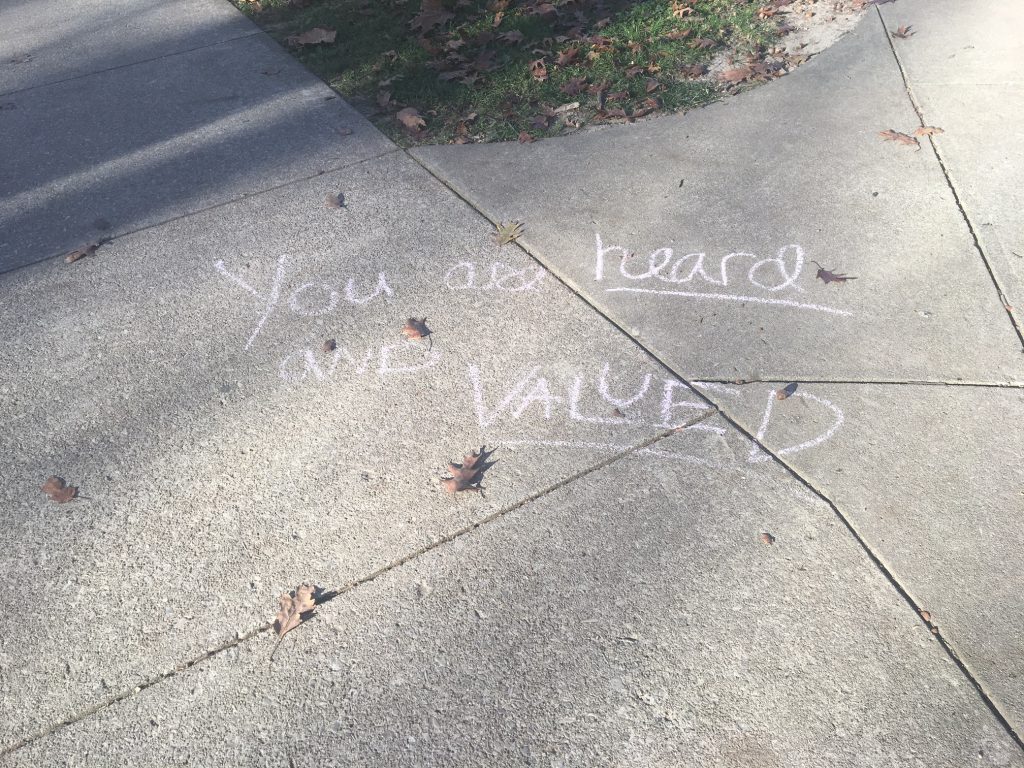 Some encouraged students to continue speaking their minds and defending what they believe in. 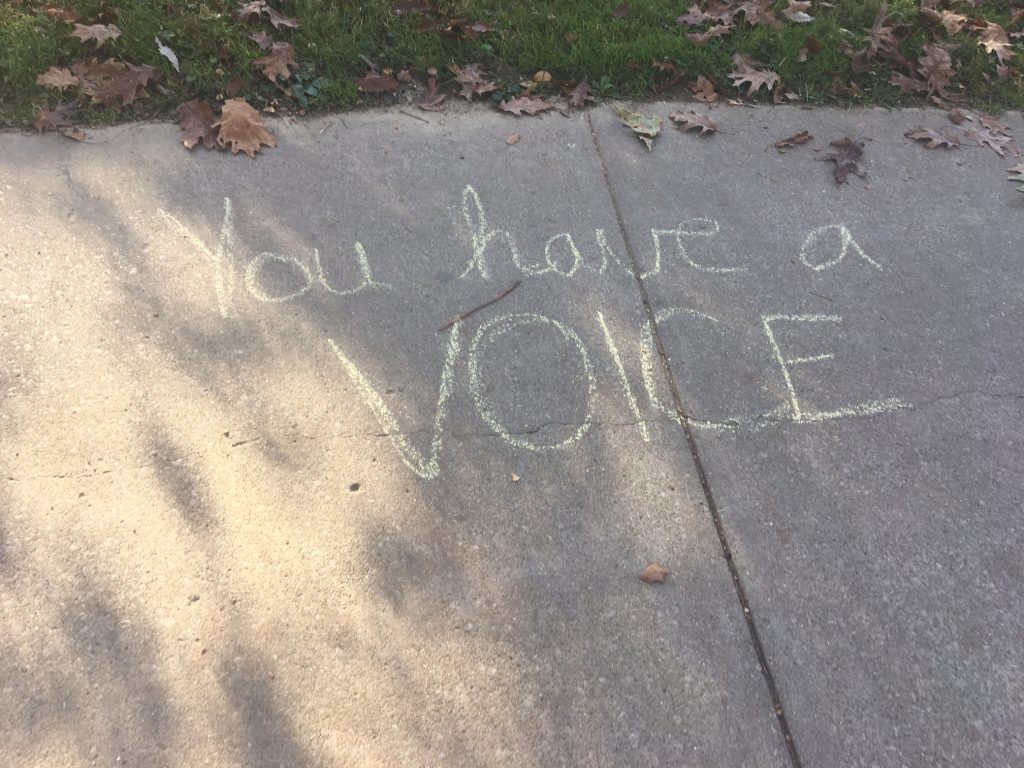 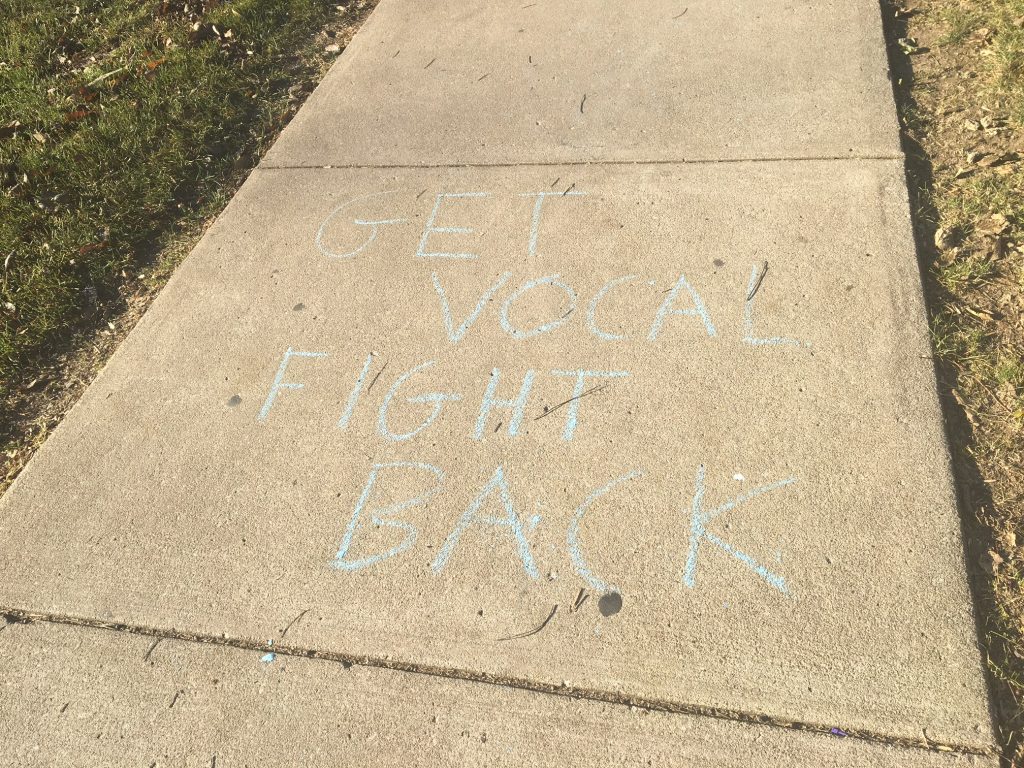 A few pro-Trump messages that had been written were found graffitied over to present a more negative Trump-related message. 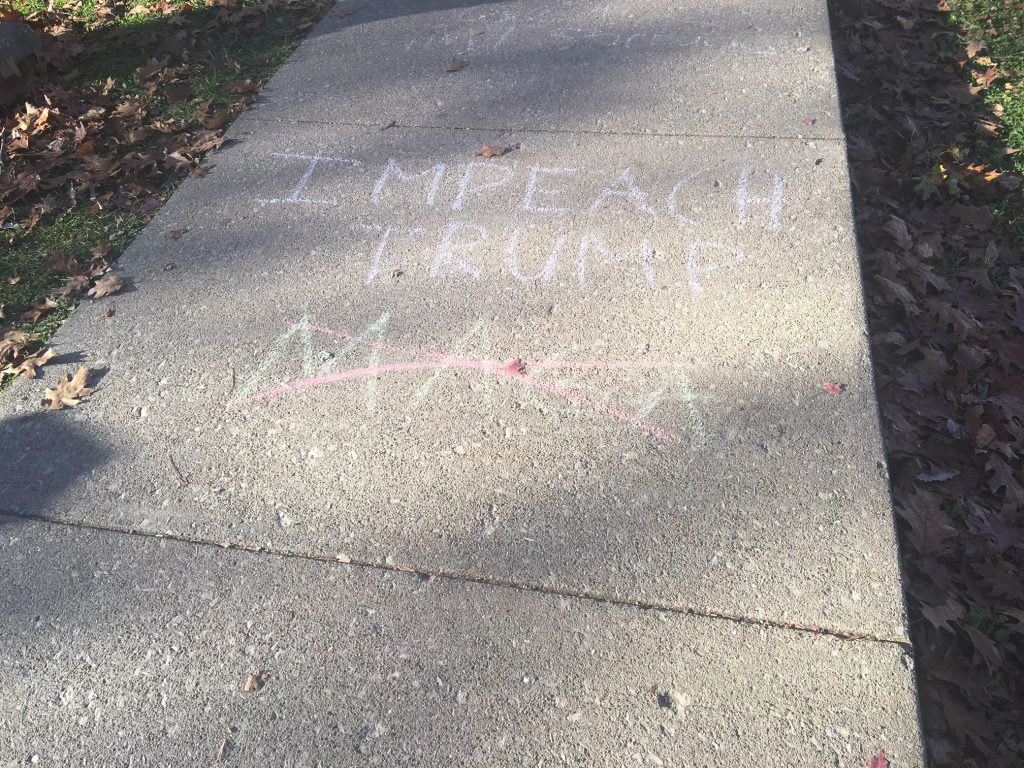 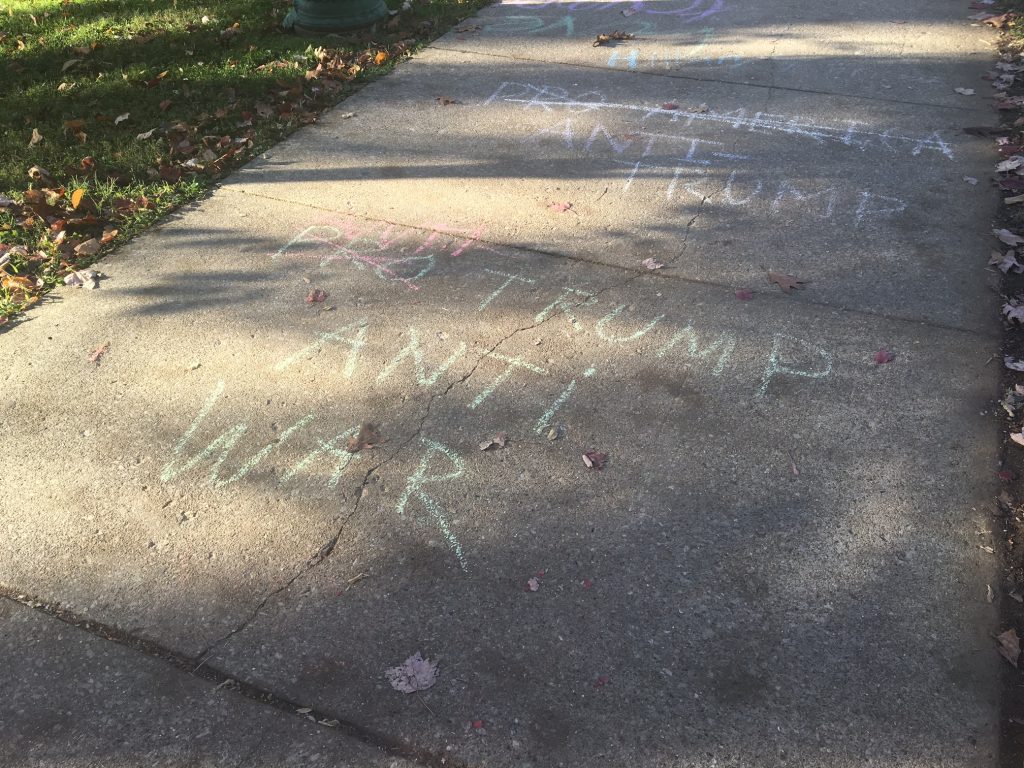 Others, on the other hand, were blatantly aggressive in their opposition to President-elect Donald Trump. 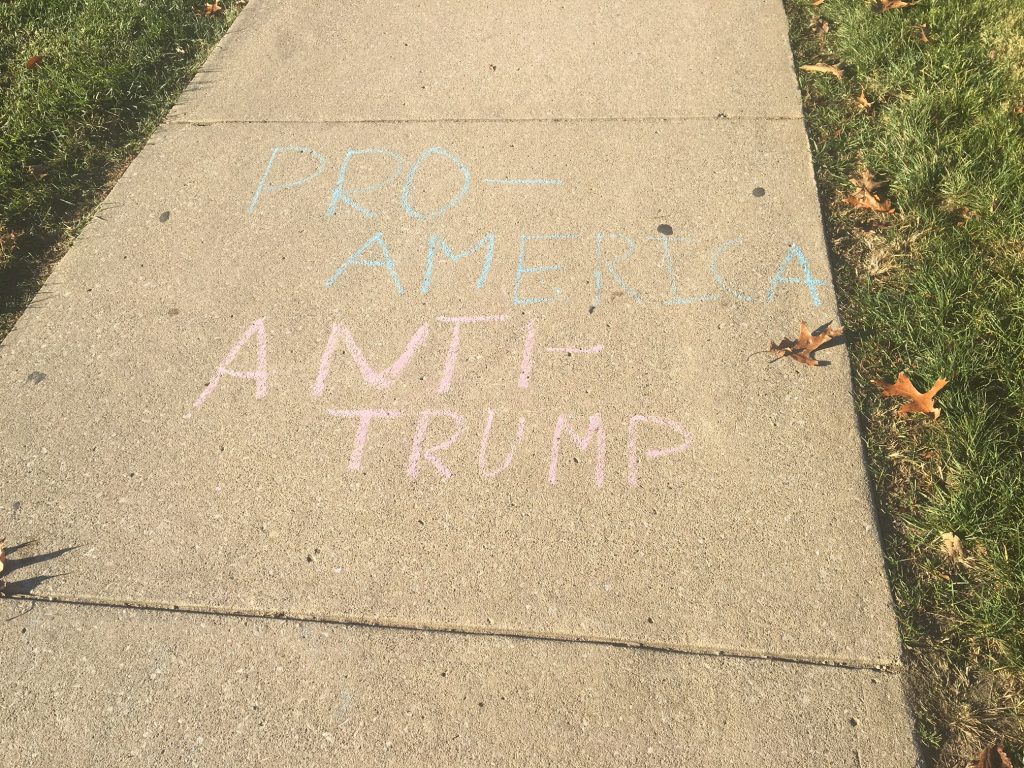 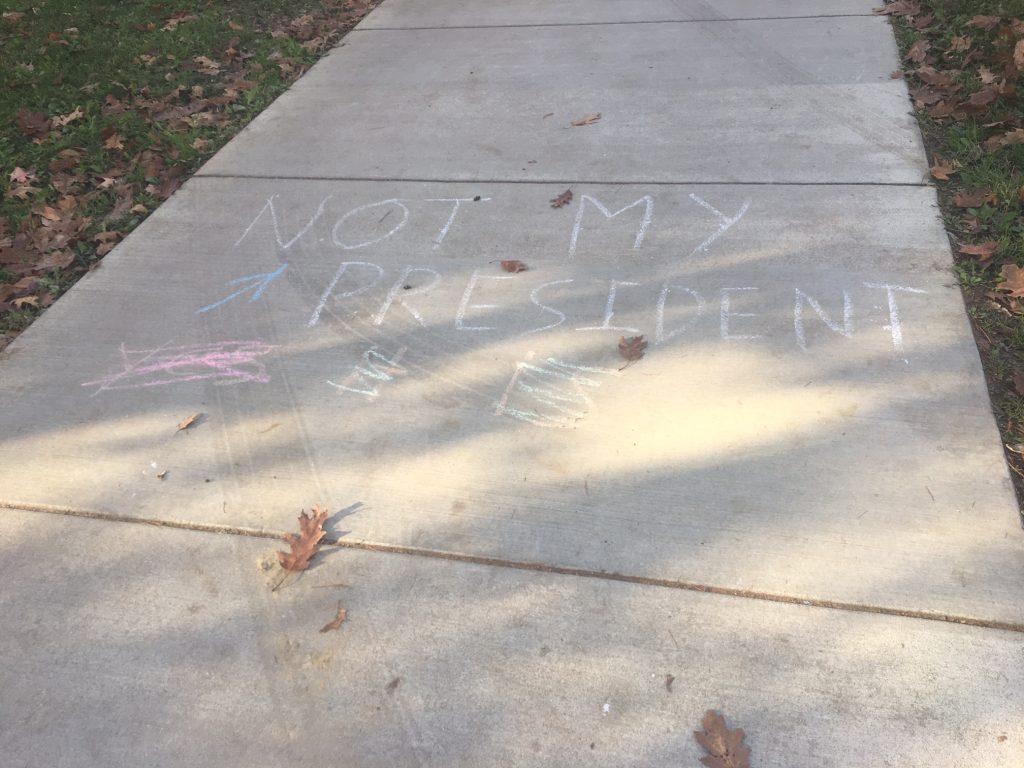 And finally, some were just plain bleak. 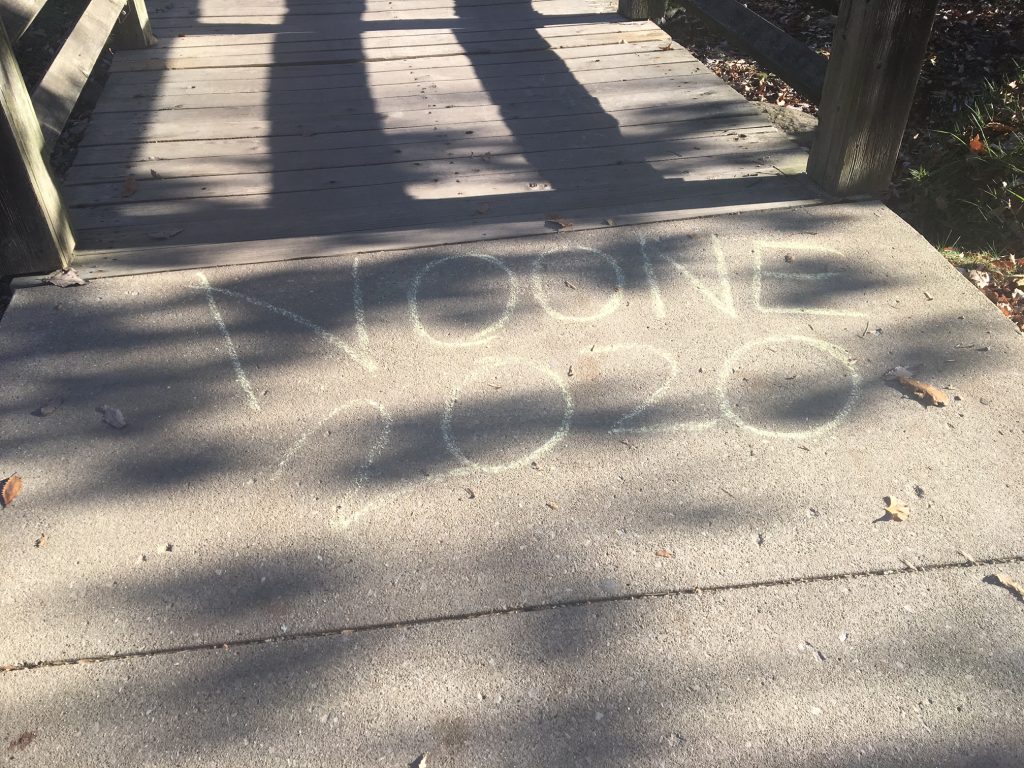 It seems as though the Hoosiers have quite a lot to say about the election results — they’re just not all saying the same thing.