A student columnist used the PATRIOT Act to critique BLM

Some students might already be familiar with the Odyssey editorial titled Black Lives Matter Fits Patriot Act Definition of Domestic Terrorism. The student author argues in about 500 words that the Black Lives Matter movement is a terroristic campaign. In the spirit of honoring his request for debate, I will offer a similarly brief response to his ideas.

Firstly, allow me to delineate between two distinct aspects of Bradley’s piece: the rhetoric and its purpose. The rhetorical mechanism is obvious. He says actions of the Black Lives Matter movement meet PATRIOT Act criteria for domestic terrorism.

Quickly, I’ll point out that the definition being used here is taken from a law written to allow the United States government unprecedented surveillance powers. Is it possible that the language was written as broadly as possible? Eh, probably.

For the purpose of this argument, however, let’s concede that specifically violent Black Lives Matter incidents are within the paradigm of the act’s definition. What I would like to call into question is Bradley’s intent in making this connection.

It seems to me that his objective was to persuade people that Black Lives Matter is dangerous. To put it in another way, his goal was to discourage support of a civil rights movement and provide ammunition to its critics. This intonation is, at best, insensitive to the difficulties faced by the black community in America.

Indeed, repeatedly throughout this article, Bradley insinuates — sometimes subtly, sometimes not — that the things being fought for by BLM activists are trivial. The purpose of this article could be interpreted just as much as a broad dismissal of the black community’s complaints as it is an impugnation of the movement’s most radical methods, methods that are carried out by outliers of the BLM movement and not representatives of the whole. 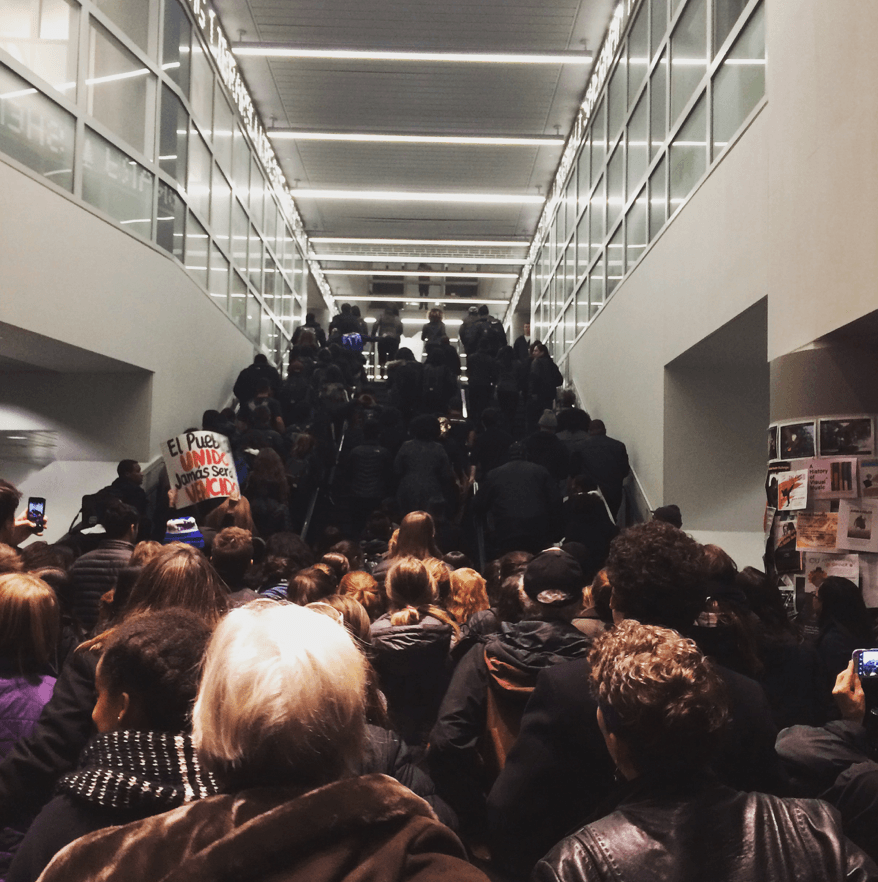 The degree to which he generalizes an entire cultural movement is evident of how little he has considered the perspective he is demonizing. Since I see poor reasoning in nearly every third sentence, I will isolate just a few examples.

“Talking about the outcome, results and details of [the Trayvon Martin case] isn’t the point here.”

Excuse me — what are you talking about? Of course, that’s the point! Bradley seems to believe he can broadly criticize a political movement outside the context of its origins. Try to explain my ideas in this editorial to someone later today without letting on that the thing you’re talking about is a response to a manifestation of prejudice. It can’t reasonably be done.

It is his fundamentally dismissive attitude that leads to statements like this:

“There are ways to change laws here in America, and violently protesting is not one of them.”

While I tend to agree that violence is not a great solution, the naïveté of this statement is striking. Bradley completely takes for granted how easy it is to change laws in the United States, especially for members of a marginalized community. We cannot have a realistic discussion of American political-culture if some people are going to pretend the current system weights everyone’s voice equally.

Perhaps this is the problem underlying how we engage in political discourse. When a group of people has been pushed to exert drastic efforts, has exhausted their patience, and is compelled to take radical action, the rush of condemnation stifles the opportunity for people to actually listen.