‘So, you don’t hate black people?’

There was really only one course of action in light of the chaos that ensued Monday night when a priest in white robes bearing rosary beads spotted on 10th St. was mistaken for a Klu Klux Klan member armed with a whip.

Meet Father Jude McPeak, a Dominican friar, an active member of the St. Paul’s Catholic Church network, and the man of the cloth whose great habit contributed to the biggest false alarm IU has encountered since Read Residence Center’s most recent literal false alarm. 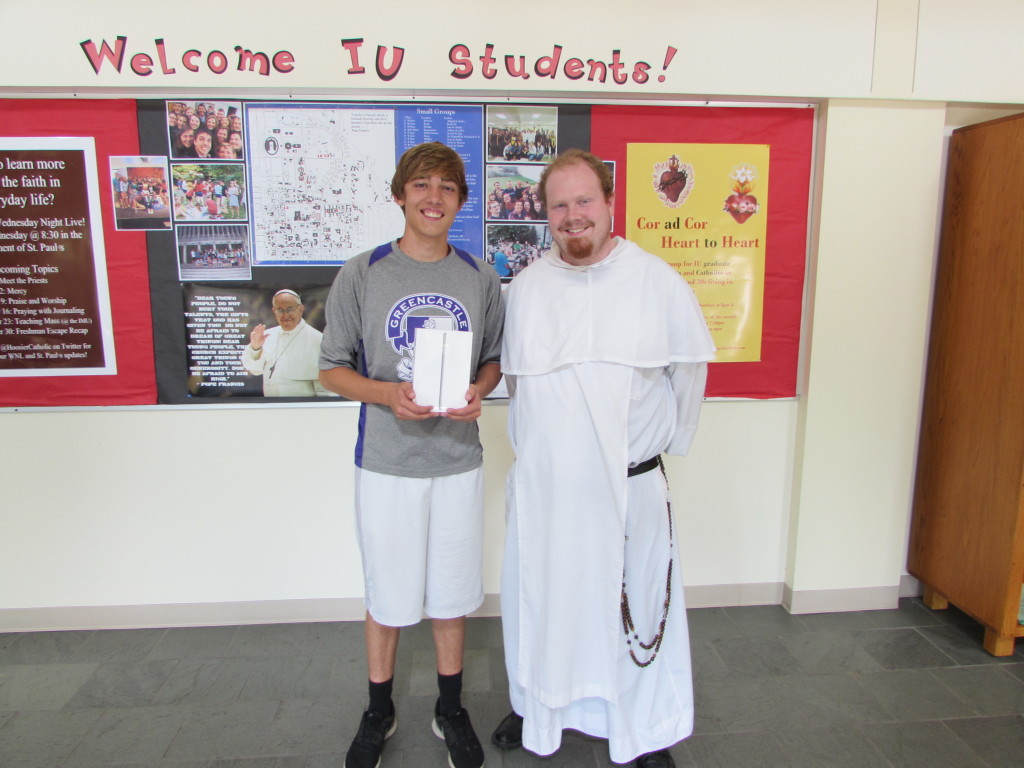 He’s actually been an active member of the community since he became an ordained priest and came to St. Paul’s in Bloomington two years ago. In fact, he was doing the Lord’s work with students the night of his rise to IU celebrity.

He didn’t know his white-robed presence was causing mass alarm when he went with the student group to the 10th St. Red Mango. It wasn’t until the next day he realized how much things had been blown out of proportion.

“I thought it was kind of funny,” Father Jude said. “A lot of my friends have been teasing me. It’s been humbling.” 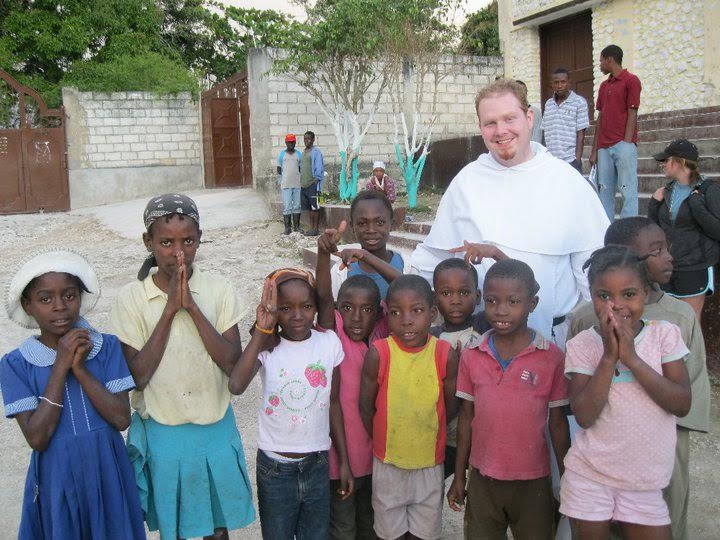 A 2011 Father Jude with kids at the parish school in Beaudin, Haiti

As a member of the Dominican order since 2006, Father Jude isn’t a stranger to strange looks and reactions from those immediately around him. “This isn’t the first time,” he said. “I’ve tuned out a lot of things.”

There are other Dominican friars in the local parish who also wear their habits and walk on campus, including at night. That said, Father Jude commented that he’s “never heard of a brother triggering an email going around” or anything else “to this length.” 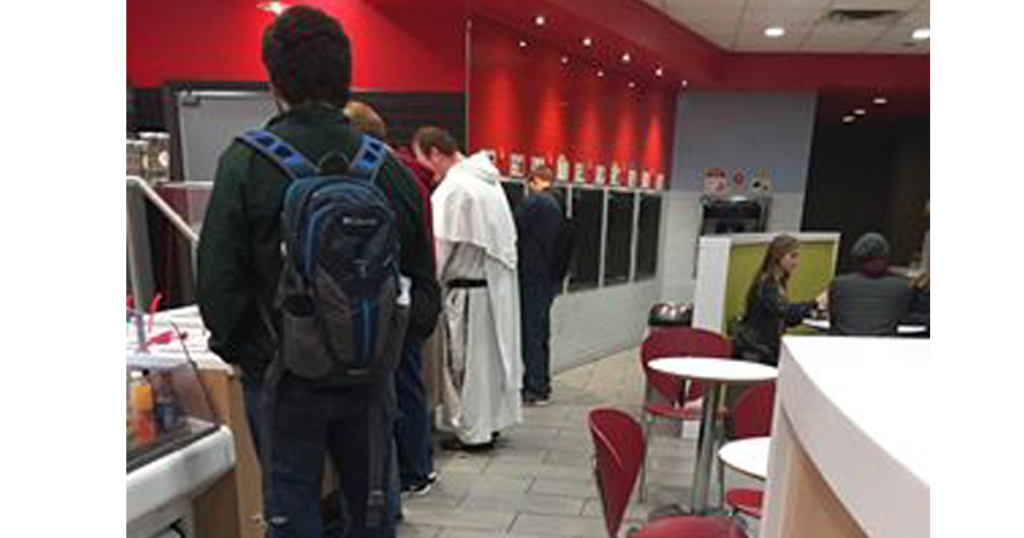 But many positive interactions still occur with students who learn something new about the Catholic ministry. Monday night at the Red Mango, for instance, an African American student there approached Father Jude and outright asked him if he was a member of the KKK.

Unaware of the storm of distress signals swarming across the student digital sphere, he was at least able to set this record straight. “So you don’t hate black people?” the student concluded according to Father Jude. 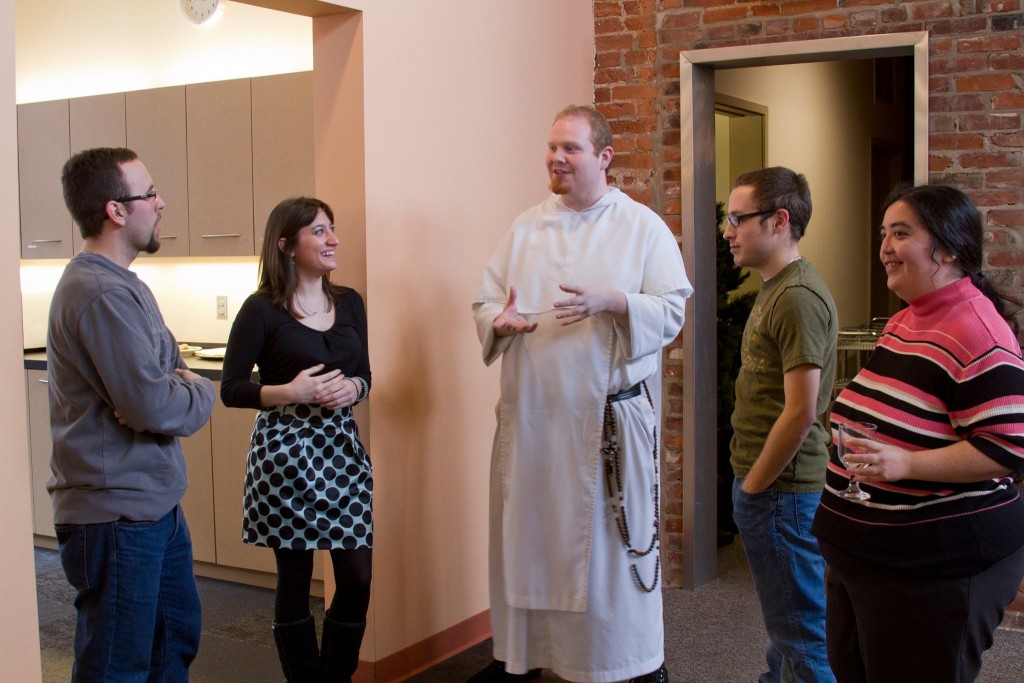 Father Jude also confirmed the perceived whip students alleged he was armed with was just his innocent rosary beads, which he admits he “could see how from afar” it could have been mistaken. He’s been a good sport about the whole thing.

And, to answer the question on everyone’s mind, at the Red Mango Father Jude ordered an original and dark chocolate froyo mix with coconuts and peanuts on top. 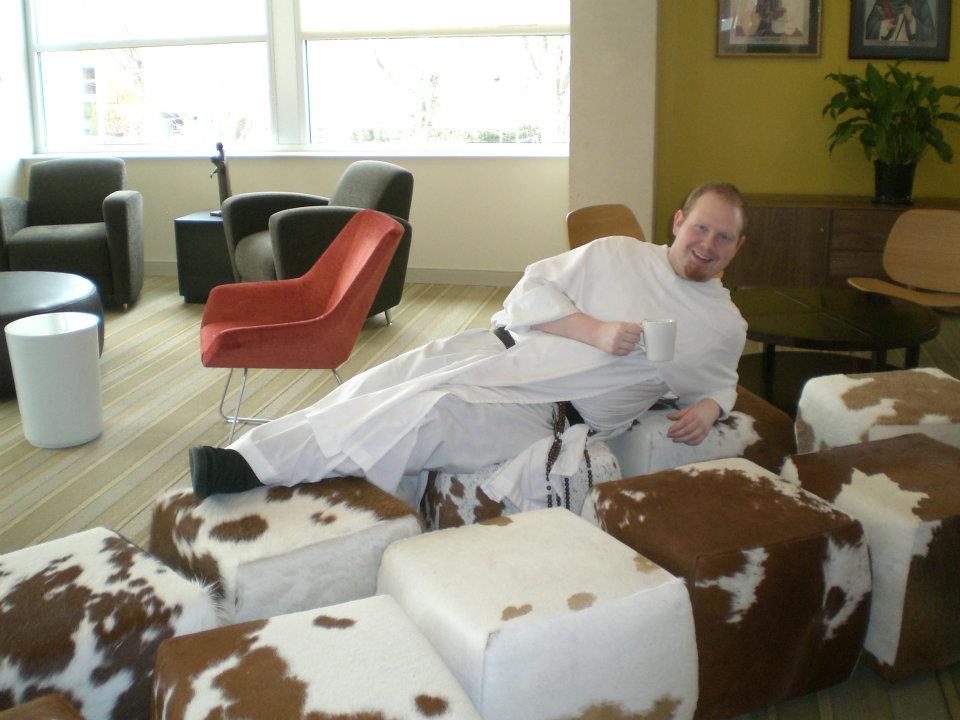 Chilling in St Louis during a 2013 mission trip