The UIUC shooting disagreement was started by a ‘spilt drink’

A suspect has been named

Robbie Patton, an 18-year-old Champaign teenager is wanted for first-degree murder and aggravated battery with a firearm following the death of a bystander at a house party last week.

Patton, who had been released from prison after serving just eight and a half months out of an eight year prison term, allegedly shot at a group of men who had beaten his friend.

“During the party inside, a girl spills a drink on another girl. This leads to a disagreement that spills out into the parking lot.

“Security-camera video shows many, many, many young people in the parking lot and different fights going on.

“We’ve obtained cellphone video of the very brutal fight where he ends up unconscious on the ground. These five or six are kicking him about the head and body while he lay unconscious and nobody helps him.

“Robbie Patton gets agitated and pulls the hood of his sweatshirt up over his head and takes off toward the north. Witnesses report seeing him holding a gun and firing it in the direction of the victims who are walking on the path and not at all involved.” 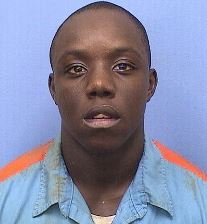 Patton was apparently aiming at those who had beaten his friend, but no of the four hit by the bullets were involved in the fight.