Illini Republicans have responded to the Trump chalk slogans found outside the Department of Latino Studies, which The Tab reported on yesterday. 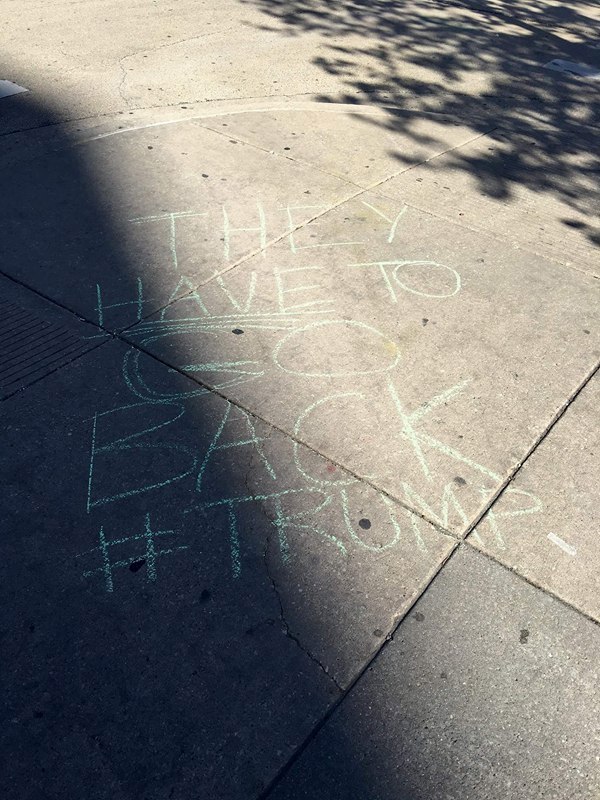 There has been much discussion of the recent Pro-Donald Trump chalking done on campus, specifically in front of the Department of Latino/Latina Studies. We as the Illini Republicans are not supportive of this chalking. We believe all students should feel comfortable on campus. We support all students’ first amendment right to freedom of speech, but do not agree with the phrasing or placement of this chalking. Additionally, these messages were only placed by an individual hoping to stir hostilities. We should not let this person succeed by allowing this chalking to cause a rift on our campus.

The Illini Republicans believe in having an open, honest, and civil discourse focused on policy. Not one based in racism or hatred that Mr. Trump has espoused during this campaign. Also not one that results to personal attacks of calling individuals racists, bigots, or morally bankrupt when this is clearly not the case. We believe in a true diversity of opinion. Just because you do not agree with an individual politically does not make that person low in moral fortitude.

While this 2016 election cycle continues, the Illini Republicans will continue to partake in the civil discourse that we hope to see on this campus. We hope that all of friends of similar and different ideology will join us in this pursuit.”

This story is still developing.