Tony LaHood is the new proud owner of the Fat Sandwich Company, a local sandwich shop that opened in 2007. 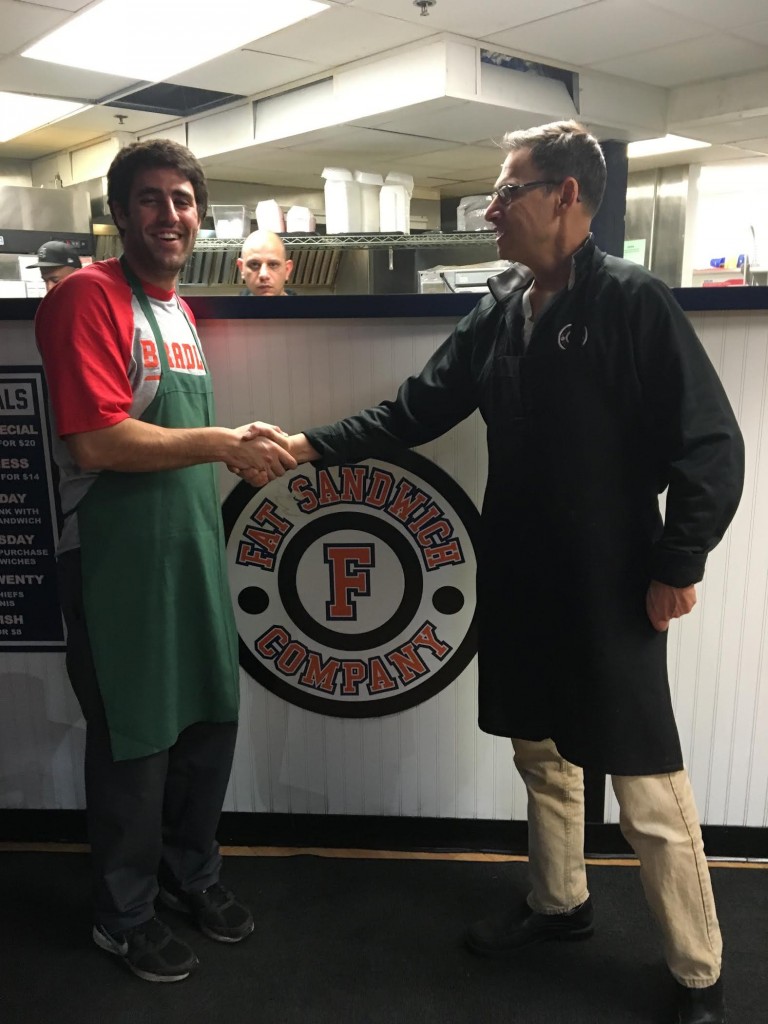 Fat Sandwich is notoriously known for its ability to satisfy drunken cravings, AND it’s the perfect place to take your family when they visit.

LaHood said that students love to bring their parents to the shop, many of whom appreciate the humorous sandwich names. 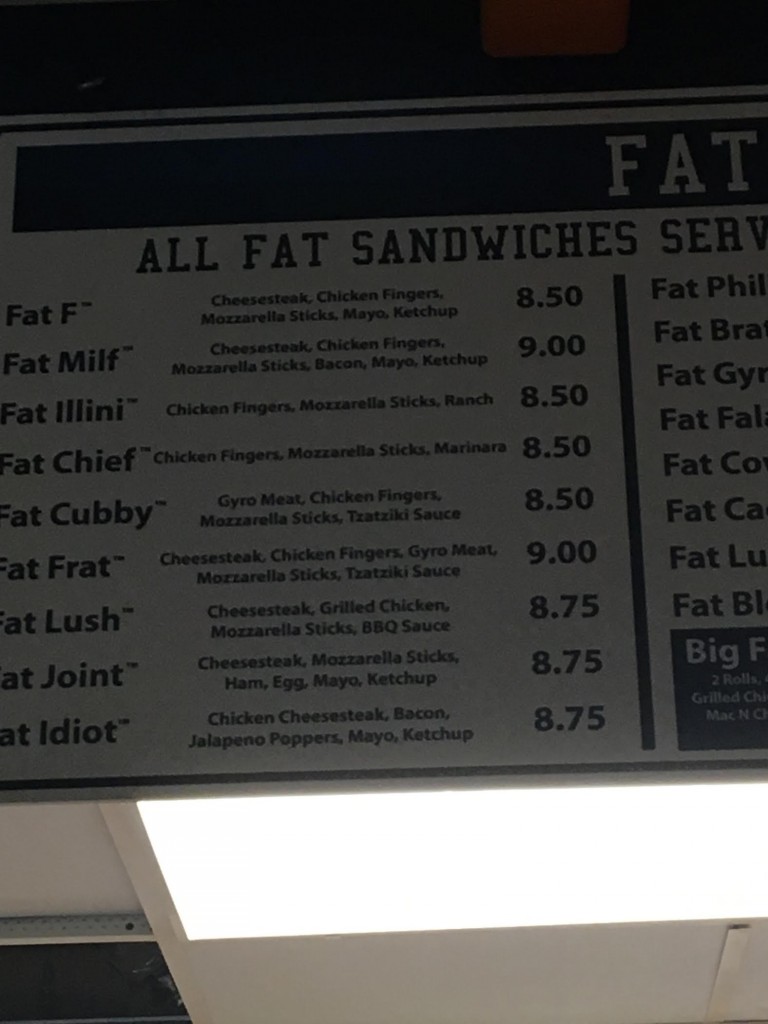 LaHood bought the shop five months ago on the premise of “having fun and enjoying himself,” he said.

LaHood said that owning the shop has been fulfilling, especially in terms of recognition.

“You go to the bank, you make a deposit for Fat Sandwiches and they go, ‘You know, we love your sandwiches,’” he said.

LaHood said when he occasionally wears his Fat Sandwich shirt in public, people are always impressed and say they love the place.

In terms of how many sandwiches they sell a day, LaHood guesses somewhere in the hundreds.

But he said it’s not just about the sandwiches.

Some students popularly attribute the shop to having “good drunk food,” and LaHood doesn’t disagree.

“People also tend to be drunk at that hour,” added Tony Couri, a Fat Sandwich employee. 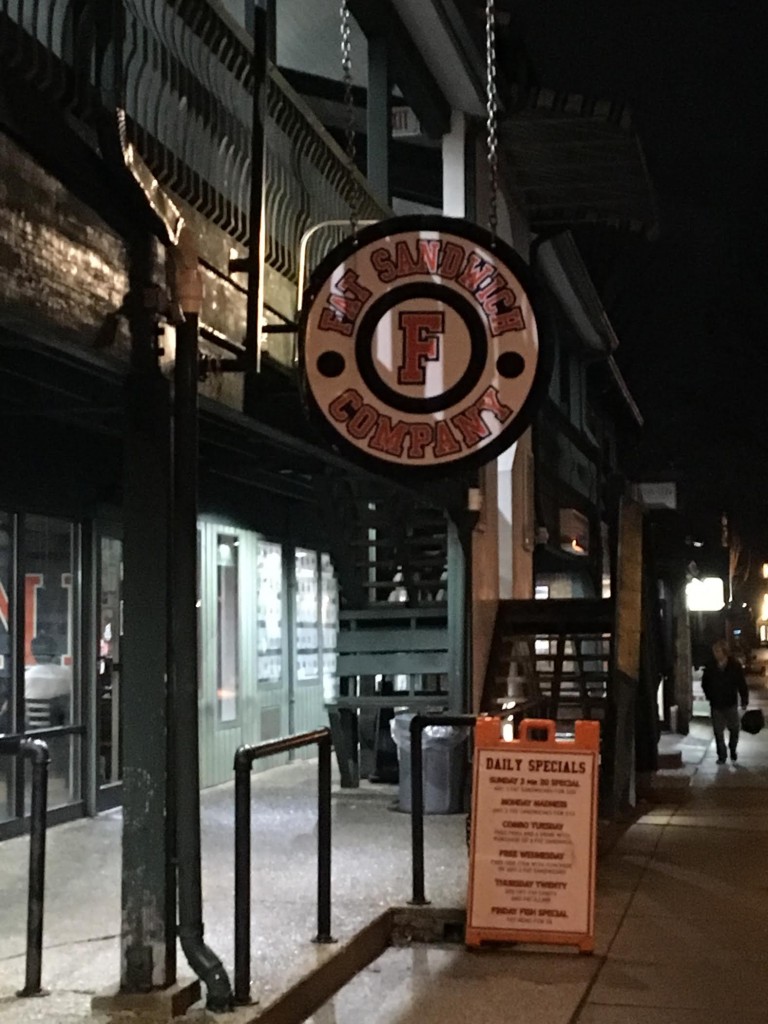 “We didn’t set out to be a drunk place,” LaHood said. “It’s just that the hours lend itself to that situation.”

He said on the weekends, roughly 90 per cent of the customers are intoxicated, which isn’t surprising. Fat Sandwich is definitely a walkable distance from the bars, even if you have had a little too much to drink. 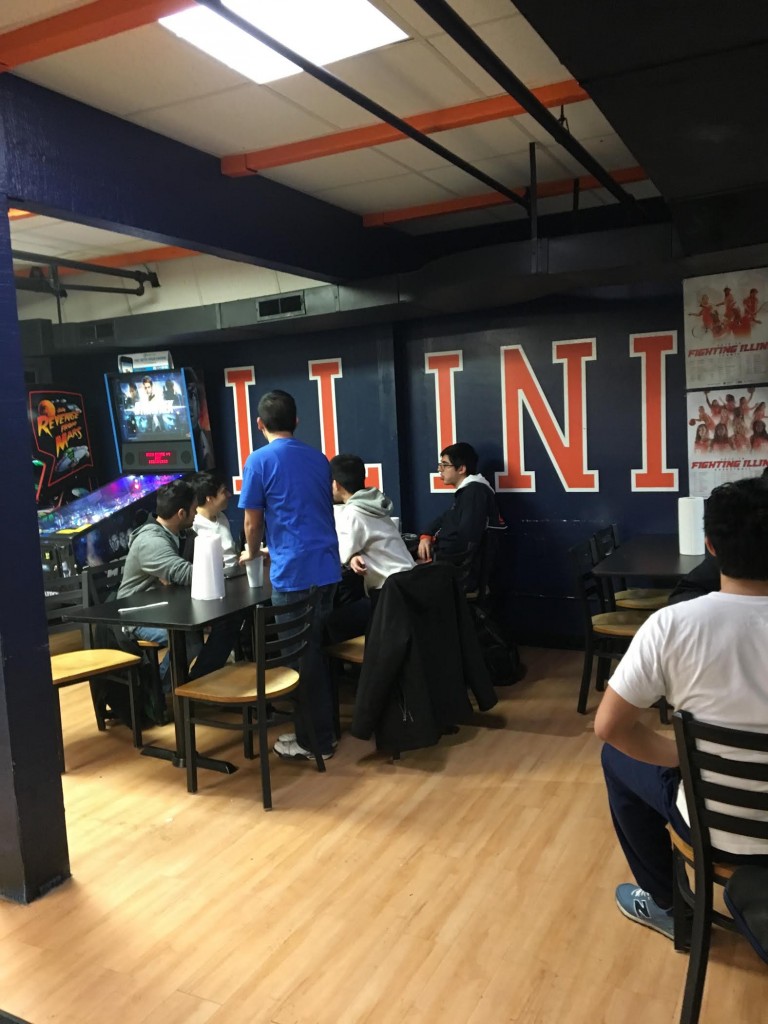 In five months, the Food Network’s “Diners, Drive-Ins and Dives” television show is set to visit the Fat Sandwich Company.

The show will specifically focus on the restaurant’s “Big Fat Ugly Challenge.”

The challenge states that if a customer can eat a massive $27 sandwich in under 15 minutes, the meal is free and they receive a t-shirt.

“I’ve heard it rumored that only twice have people ever completed the challenge and that it was the same person,” Couri said.

Aside from TV fame, there’s also talk that they will likely expand to Indiana University and Purdue University.

“We appreciate U of I’s support and we’re looking forward to being on other campuses soon,” LaHood said.

“Being on the heart of a college campus just makes it the best,” Couri added.