‘Shut them all down’

By 2022, there will be no more fraternities, sororities, or final clubs at Harvard. At least that’s what was recently proposed in a report by the College’s Committee on Unrecognized Single-Gender Social Organizations. On-campus, it’s tough to find anyone in agreement with a Harvard Greek Life ban — so I stepped outside the Cambridge bubble to Philadelphia’s Broad Street, where I found plenty of them. 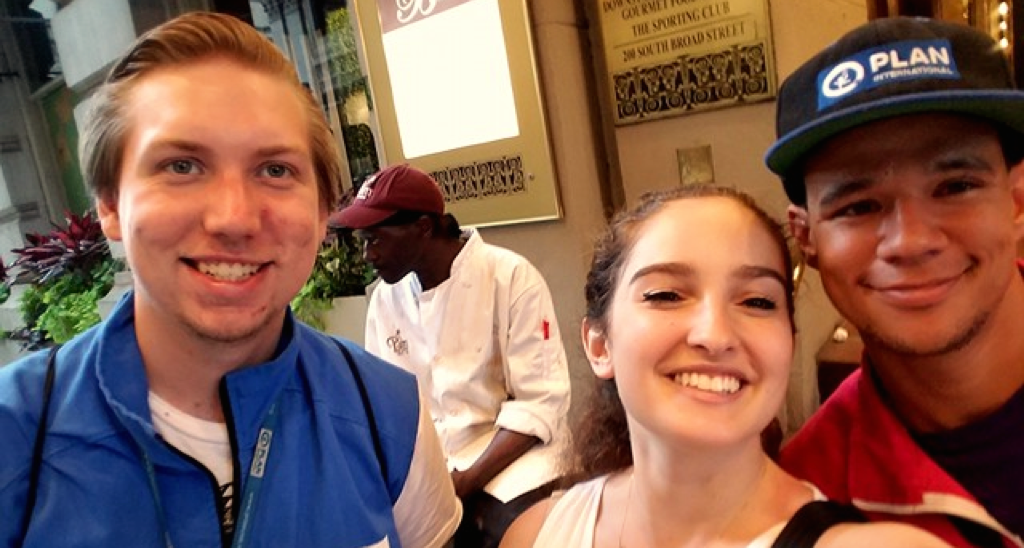 Instant homies: Casper, me, and Matthew

I’m cool with it. They cause a lot of disruption, and there are no real legal consequences for them, even if they ruin a whole town… I think it’s kind of cool that people are now starting to hold Greek life accountable, and making sure that they’re not school-affiliated, and even shutting some of the ones that are notoriously bad down, because if we’re not doing anything to fix it, then we need to get rid of it.

From everything I’ve seen in frats and sororities, it isn’t the greatest environment for young minds to be in. I’m all for the brotherhood thing, the camaraderie and meeting people, and being able to build bonds like that. But it seems like it ends up in some cases becoming a place where people are drinking in a way that’s negative, and preying on women in a way that’s negative, and the general culture is a little weird in some of them. I guess it would all depend on the fraternity or sorority. 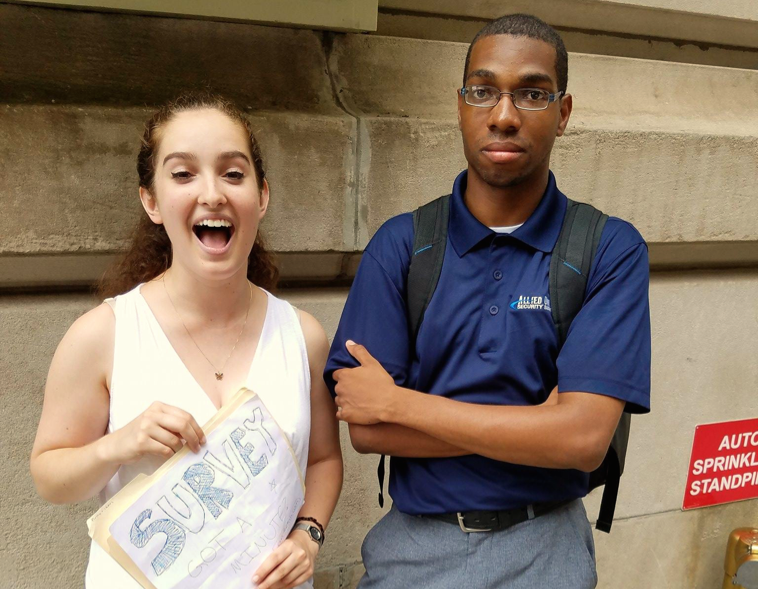 Guess who was more excited

I think it’s totally absurd. Like for everything else, they need to have some guidelines by which they coexist with the rest of the college campus community, and abide by those guidelines. I do have an issue with hazing – I’m totally against that. There should be more civilized and human ways of doing this without going to extremes. But as far as I’m concerned, why should they be a target when you have other clubs throughout campus, even outside of the college community? Totally against it. 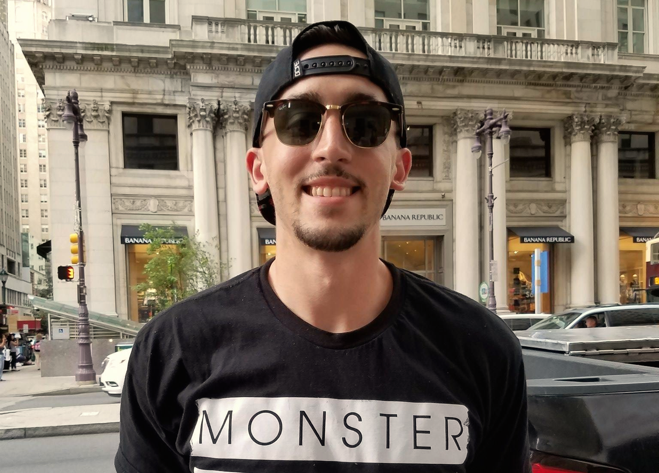 He was giving out cans of Monster

I don’t think it’s a bad idea. Given what happened at Penn State, it’s a reasonable thing to shut down a frat. I think college students can have a great time partying, just not at a frat. In my case it’s just an excuse to go get drunk – you could go do that at some house party instead, and still make friends. You can still go out and have a great time — everyone takes care of each other, and there’s no peer pressure to go get drunk, or to drink until you die. That’s my thought. 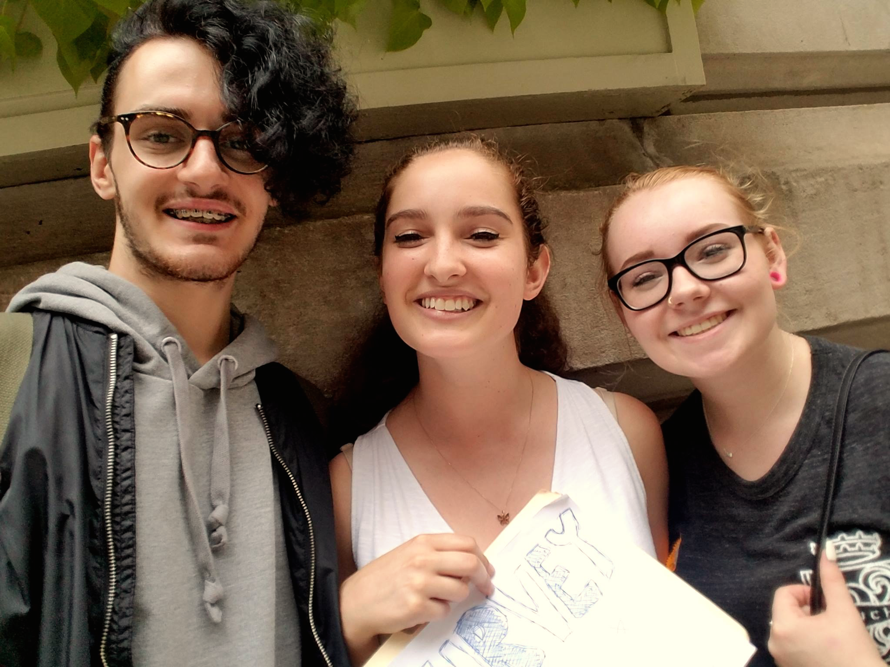 Christopher, me, and Skylar being adorbs

I think it depends on the people; not fraternities or sororities themselves, but the people you put in them. It’s just like if you have bad people and put them all in one specific place. So I don’t think that closing them would change anything, because they’re bad people they’re still going to do bad things, just in different places.

Christopher, University of the Arts

I think it’s very impolite and also unconstitutional to try and disassemble frats and sororities. It’s a constitutional right that people can congregate for whatever activities they may decide to do. There’s just a lot of hate towards it because of hazing. I think some aspects of it are crappy and some aspects are very beneficial and complementary to the college experience, like getting to know people through that congregation. 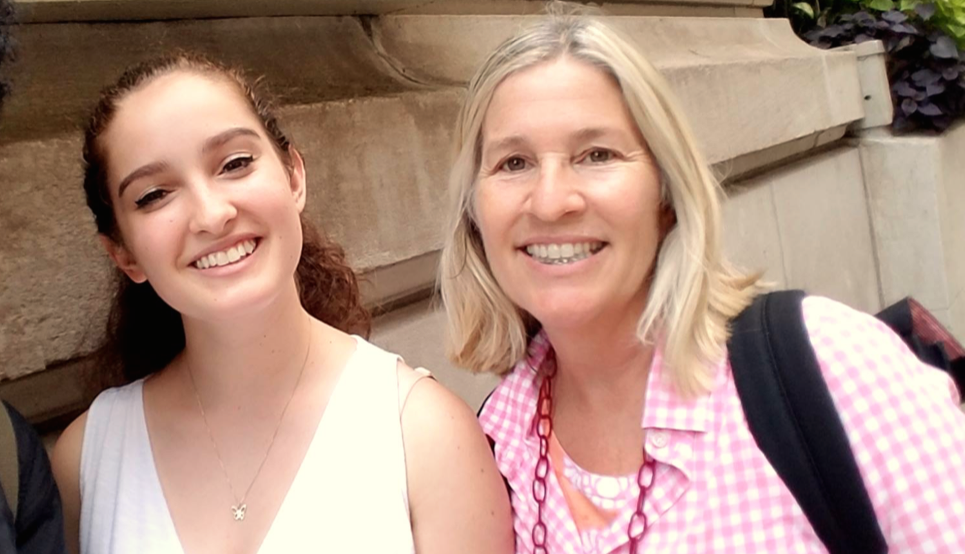 She may look sweet, but May was the most savage/unapologetic of all

First and foremost it needs to be better regulated. Like any big institution, like medicine or teaching, there’s cover-up – the bad apples are always somehow are marginalized as “oh, that’s something that hardly ever happens." But it’s not true. There are a lot of bad frats and sororities. The Penn State situation was so horrific and horrifying… and having a 19-year-old in college, I wish to God I had never seen those images because they were so disturbing and so disgusting, and it was even… shut them all down, if that’s a possibility. Shut them all down. That should never happen to a human being, ever, period.

Overall, then, Philadelphia seems as mixed as Boston – we can only wonder whether Harvard will follow through with this drastic proposal.