Harvard Law occupation says they found another device recording them

A spokesperson for Harvard Law School has just told us:

The Dean of Students office did receive a report that a student claimed to have found an audio recorder in a classroom. That recorder was turned over to the Harvard University Police, which is investigating reports of unauthorized audio recorders on campus.

From the very beginning of this we have encouraged anyone with information to contact HUPD directly, and we have never insisted that anyone come to the Dean of Students or that HLA staff must be present when a student wishes to speak to HUPD.

We waited on sending out a message about the second recorder until we had completed the process of checking all publicly accessible spaces on campus and could report in full on what was found.

Since then they have allegedly discovered an additional tape recorder and Velcro to secure the devices nearby and are now expressing concern over the University’s handling of the incident.

Students from the group have come out to say HUPD and the administration had initially misled the community about the existence of an additional recording device and that any investigation conducted would be done independently.

Second-year student Simmi Kaur explained in a Reclaim HLS statement: “We find it hard to trust the Harvard University Police Department charged with the investigation given their close relationship with the administration.”

Third-year student, Sam Koplewicz added: “Not only was the administration present when the HUPD first addressed students on Friday, but they also initially misled the community about the existence of an additional recording device. If there is an investigation, it should be an independent one.”

Students from the group then went on to conduct an independent investigation where at least one additional recording device was found following Tuesday and Velcro – which was used to adhere the first recorder found in Belinda Hall – was seen under desks in multiple classrooms. 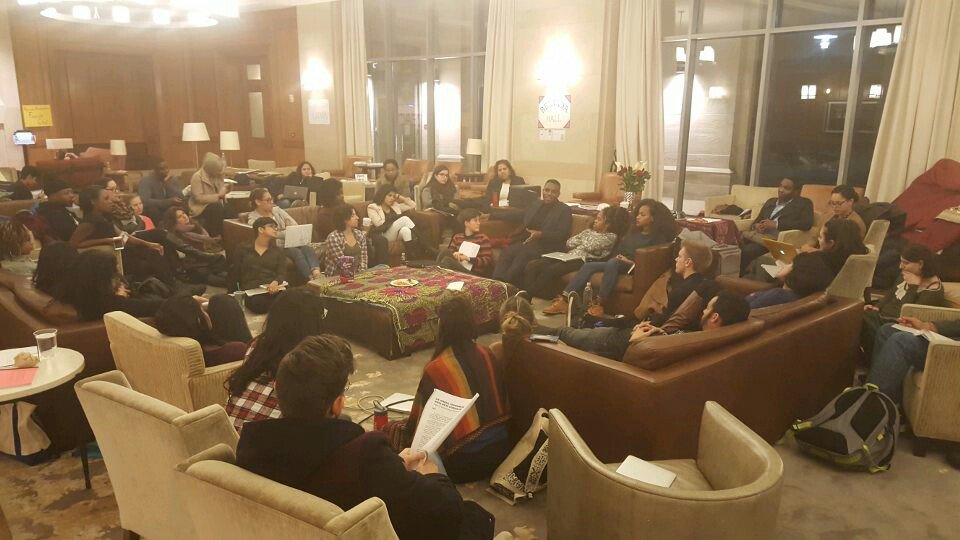 According to their press release: “Only after requests for transparency from Reclaim Harvard Law did the administration issue another statement acknowledging the second recorder and the multiple Velcro discoveries late last night.

“We will not be shaken by these events and remain committed to fighting racism at our institution.”

“Our mission as an institution of higher learning depends on protecting and promoting the free exchange of ideas in an atmosphere of trust and mutual respect. We deeply prize those values. The Law School administration is troubled by an allegation that anyone in our community would attempt to surreptitiously record anyone else’s conversation. Having learned of this allegation today, after a group of students sent out a press release, the Law School has referred the matter to the Harvard University Police Department for investigation.”

As the tape recorder incident continues to be investigated, the University’s handling of the situation seems to highlight a greater conflict between similar protest groups across college campuses and their administration.