Living with a terminal illness at Harvard

Harvard is full of amazing people. People who start their own companies, become famous, or earn a shout-out from the First Lady.

Then there are those who work to make other people’s lives better. Elsie Tellier, a freshman from Winnipeg, Manitoba, is one such woman.

An eighteen-year-old Classics concentrator, Elsie hopes to work in special education or for the Canadian foster care system. She was also born with cystic fibrosis, a severe genetic disease.

We spoke to Elsie about how she doesn’t want pity for her disability as much as she wants the best university in the world to work with her and other disabled students to make their college experiences as smooth as possible. 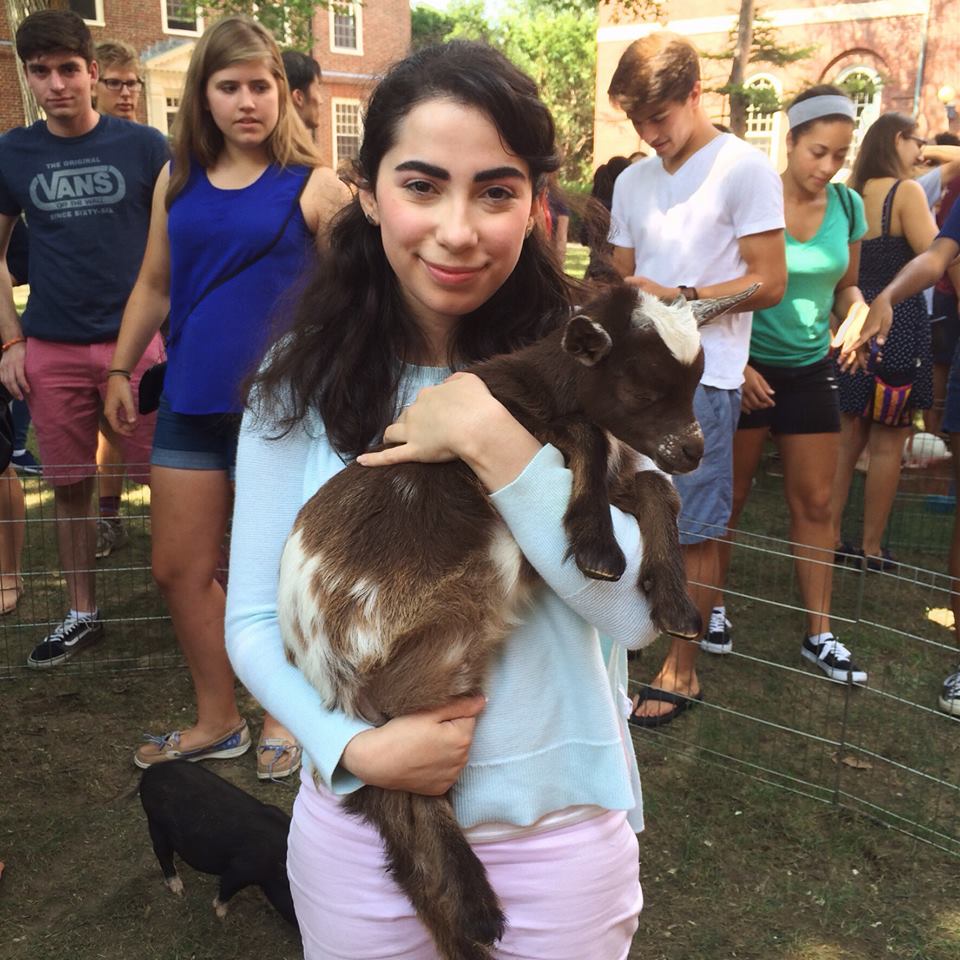 Can you start by describing cystic fibrosis?

Oh gosh, this is always the hardest to summarize, but basically it’s a fatal, genetic, life-shortening illness that affects the entire body but mainly the lungs and digestive system as our internal organs are coated with a thick, sticky mucus. Most commonly it’s lung problems which are most apparent, as we need to cough up mucus which fills our lungs and creates a great breeding ground for bacteria and makes sure infections stay longer.

It makes it easier for you to get sick, then?

Yeah for sure, and when I get sick, I tend to get more sick. It’s mainly infection and things like pneumonia that wreak havoc because it’s tough for us to get rid of infections you can get hospitalized for it pretty easy. 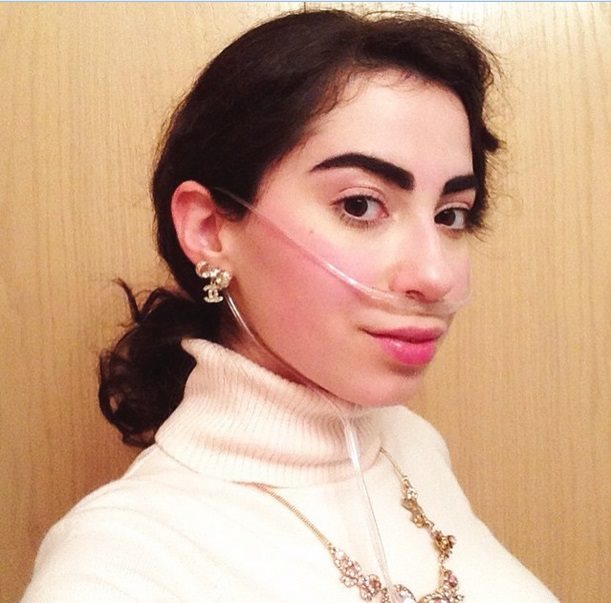 How often do you have to go to the hospital?

I’ve been pretty lucky that I haven’t been hospitalized much since I was really little. I was raised by my aunt who is a doctor so she was able to just take care of me at home while I would be basically on bed rest. I go to the hospital every three months for a check in with my team of CF specialists or if I’m worried about an infection. I mainly just visit my PCP (Primary Care Physician) with frequency. I know for lots of others hospitalization is more frequent, from a few times a year to a few times a month. CF is progressive, so I expect I will need to be hospitalized more in the future.

So how does this affect your schoolwork?

Pretty severely, but it is at the point where I’m used to it, if not constantly stressed out about it. In my grade 12 year (senior year) I missed somewhere between four to six months of school, but I worked with teachers to Skype into class, have assignments emailed to me, work from the textbook, etc. I’ve been really lucky at Harvard that I’ve only missed about three to four weeks of classes. My professors have been very supportive, and I’ve taken advantage of office hours and files available on Canvas to catch up. 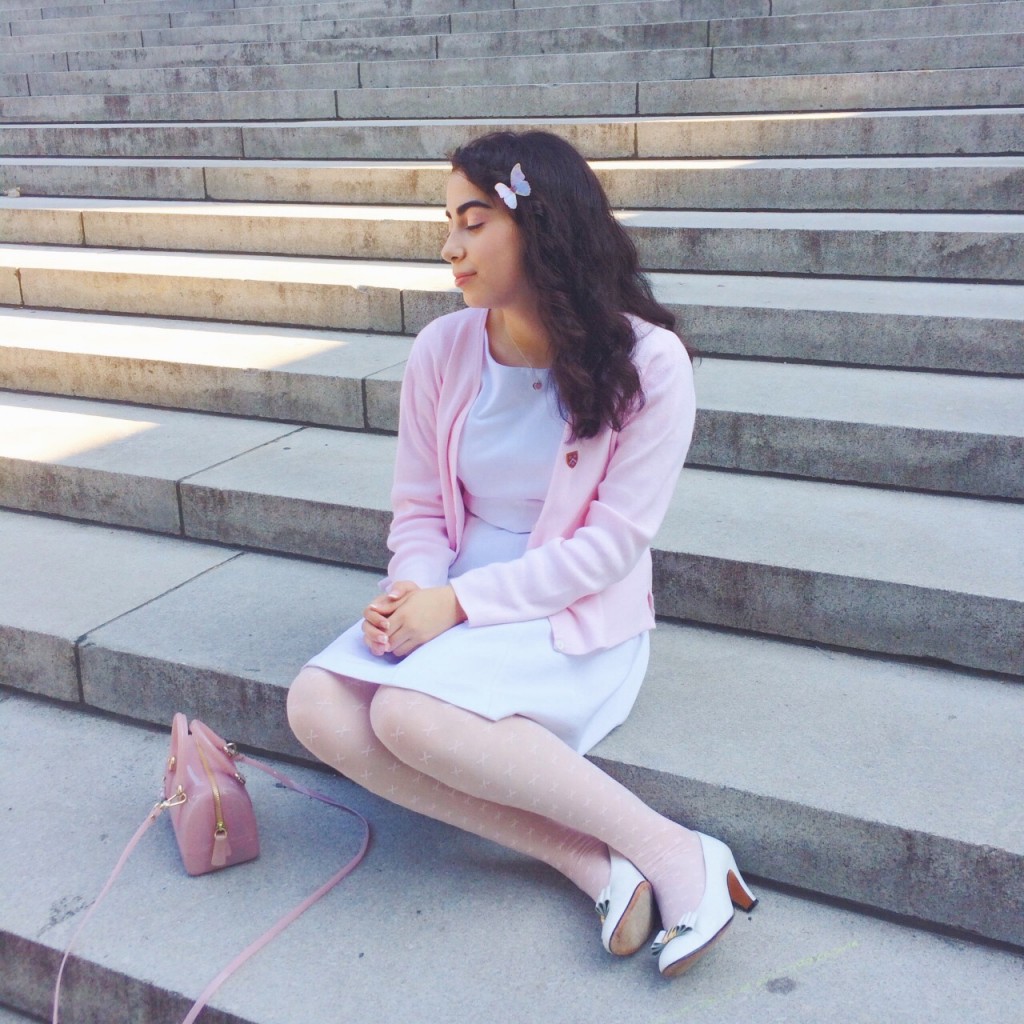 Does it affect your Harvard experience in any other way?

Probably the biggest impact it has is on my academics since there really is not a system in place for me to participate or access my classes when I am physically unable to and though I’ve proposed what I thought were reasonable solutions, I keep being turned down by admin.

Outside of the classroom I’m limited in my ability to participate in clubs and groups. I’m hesitant to sign up for something when I can’t guarantee I will be there. My health is unpredictable, and a cancellation or inability to follow through with plans is often seen as deliberate even though it is not within my control. Clubs at Harvard just aren’t made for someone with a chronic illness, and while I get that, it still sucks sometimes. I have to put so much energy into catching up, getting better, and this semester dealing endlessly with the AEO (Accessible Education Office) and admin that I just didn’t have time to do very much other than school.

There also just aren’t any groups geared towards disabled or chronically ill students. We’ve got the HCDA, which is just starting, but there isn’t a lot of awareness on campus overall for disabled students. We’re just not heard, and it’s pretty noticeable. There were plenty of times I thought about leaving Harvard, not because my classes were too tough or I didn’t have great friends, but because I wasn’t being heard or accommodated. 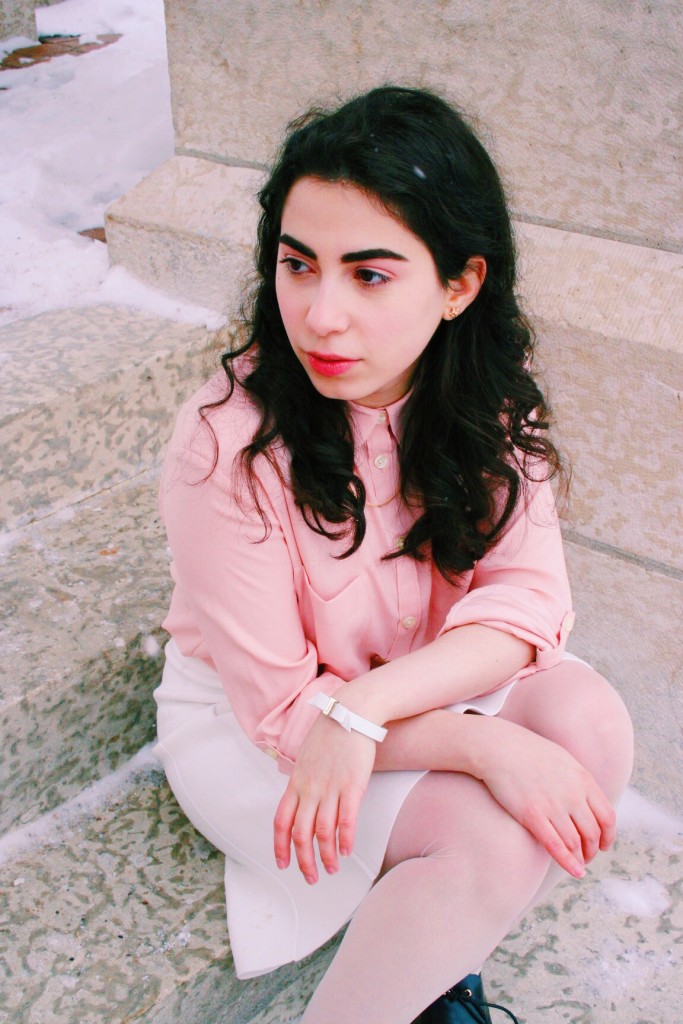 How do you deal with ableism inside and outside of Harvard?

The biggest thing I feel at Harvard is that disabled students lack a presence. We’re here but we’re invisible enough to not even count as a minority. There’s not a group or place on campus for disabled students like there is for lgbtqa+ students, racial minorities, or women, and I know this because I’m a part of all those other groups. There’s the AEO but it’s a known fact among disabled students here that they’re not very effective.

Disabled students in higher education is relatively new, and every student at Harvard with a disability has had to deal with discrimination on their way to get here. The campus just is not accessible, if you’re in a chair, which I sometimes am. There are plenty of buildings you can’t get into, and the ones you can are difficult to navigate and time consuming. It’s hard to discuss disability because there’s so many different types of disability, and our collective struggles just don’t appear on anyone’s radar. We are the largest minority with the least representation.

Back home in Manitoba, Canada, I was active in disability circles, large amounts of my friends were also disabled, and I spent much of my time advocating of inclusion in education. I was lucky to get chances to speak at human rights events about this and work with visiting professors, school admin, and members of my school division to discuss the effect of realistic change. Disability activism for me back home focused mainly on inclusion, physical accessibility, and creating opportunity. Lots of people don’t know that ableism is even a word, so you have to start working on what something like internalized ableism even means before you can discuss important issues in the disabled community. 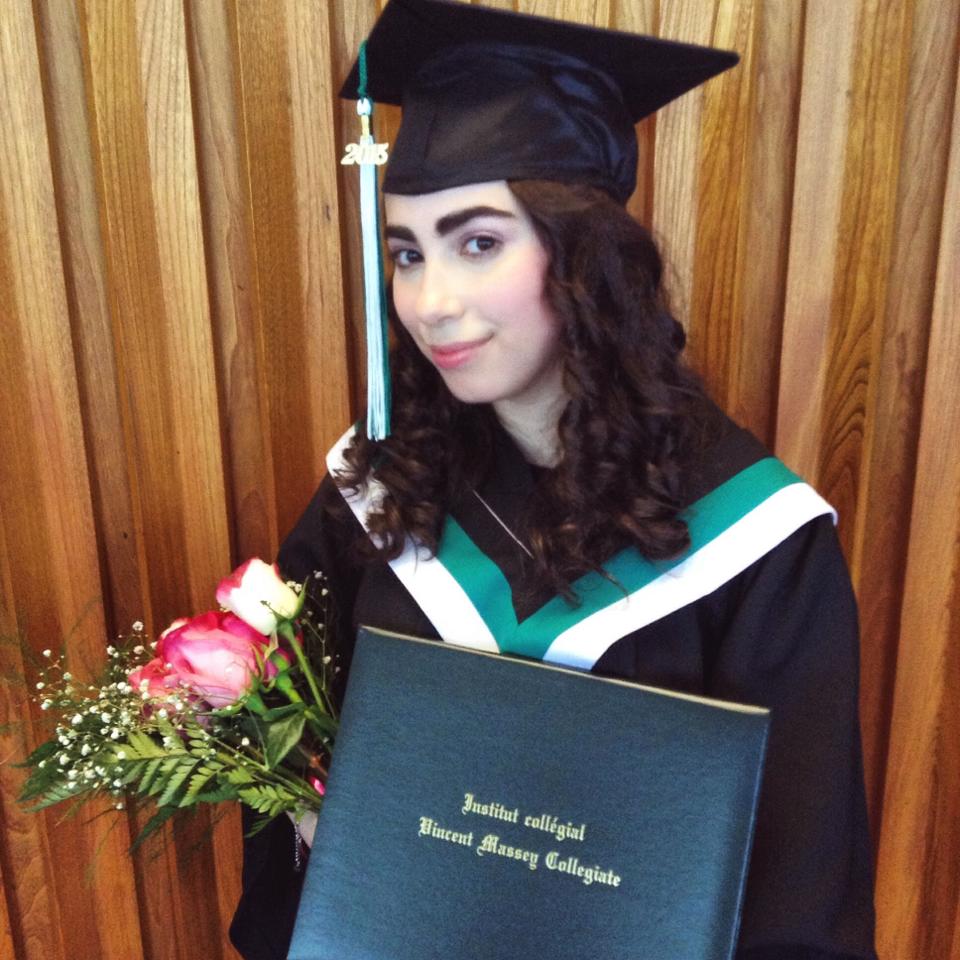 I was already pretty well-versed in how the laws applied to me and my education back in Canada so it was difficult for me to come to Harvard and learn that the accommodations I had relied on were not allowed. For example, the only way I was able to connect to classes back home was through Skype and email contact with teachers, but when I went to my first in-person interview with the AEO they told me that they could not approve this accommodation.

Though professors have allowed me to try Skyping/FaceTiming into classes, it just hasn’t been working, it keeps cutting out so terribly I can’t hear or see most of the time. I’m told that it’s not allowed to be an accommodation because it “disrupts the class” to have me Skype in and to record a class would somehow lead other students to think that they didn’t need to come to class (no one gave me a clear answer as to why CS50 was an exception to this). I thought that maybe we could find a better service or maybe have my lectures recorded. The only thing they’re letting me do is get tape recorders for the classes I miss and have the TFs turn them. This was talked about in September but is only getting done for this upcoming semester. 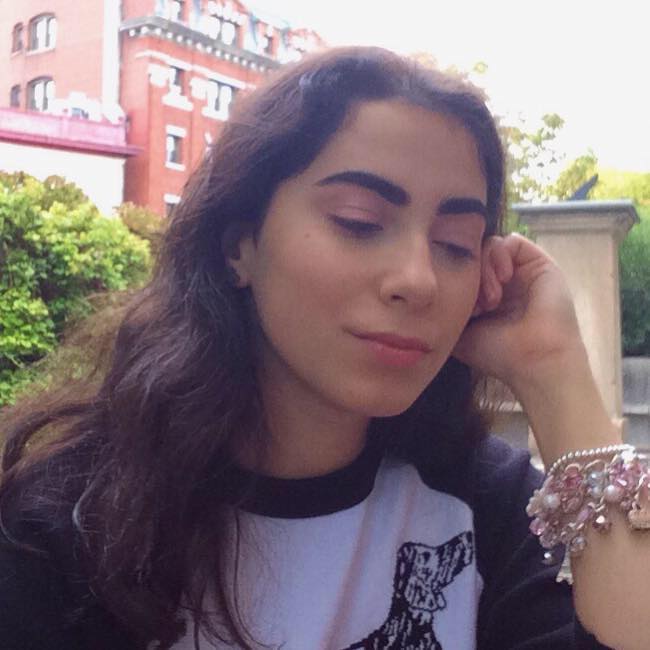 It’s upsetting because I want to physically be in class all the time, but I am simply unable to. I can’t change that, it is not my fault. They make it seem like I’m deliberately trying to skip class and be a bad student. I look “healthy”, but that doesn’t mean I’m not sick and don’t deserve to access the same classes as everyone else. I came here to get an education and work hard. I just want to be able to learn in the same was as everyone else. When I proposed solutions, the admin were worried that “more students” with disabilities would want to be accommodated in this way, listing such large numbers as twenty. Heaven forbid.

My professors were actually the first ones to reach out to the video team that record classes. I didn’t even ask them to, they just knew Skype wasn’t working. The welcoming response from the Classics department and the assurance that the smaller department would work to help accommodate me was what made me consider concentrating there more. 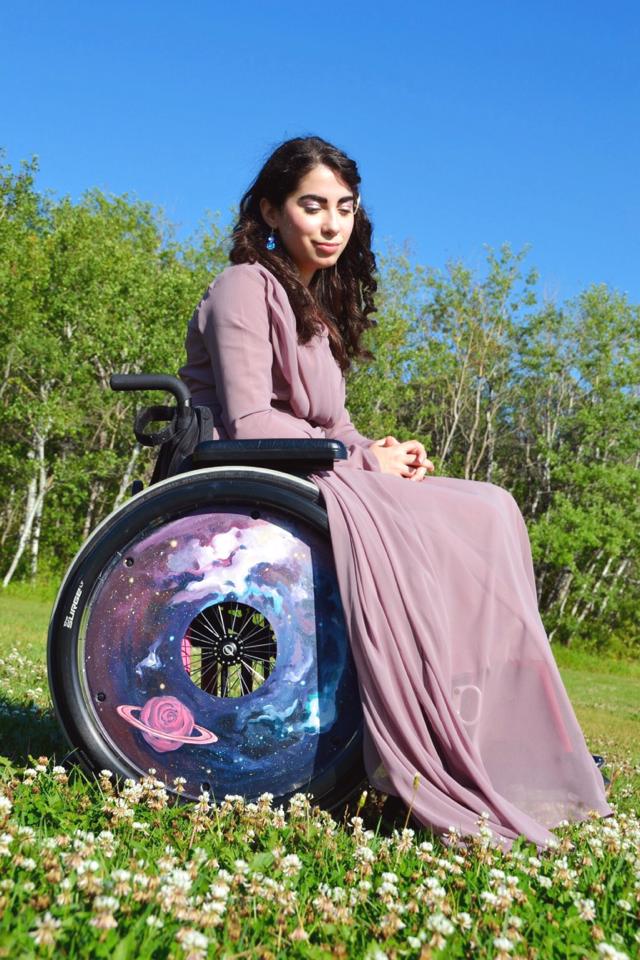 That’s insane that you have to go through all that just to get your education.

Housing is a whole other can of worms. Basically, they put me in a room above the laundry exhaust, which the windows can’t keep out. There were also bad chemical cleaners being used in the hallway. Since my lungs can’t handle certain fumes, I was sick all the time. When I raised this issue in September, I kept getting ignored. I requested to meet with admin but they sent me back to the AEO gave empty promises to fix the problems. Some people got upset with me for going to the higher-up admins and disrupting their order of contact but I was desperate. Even though my PCP wrote to the AEO and told them to move my room, they said I could not. Eventually in December, they apparently “fixed” the exhaust and provided me with an air filter, which has mitigated the problem. 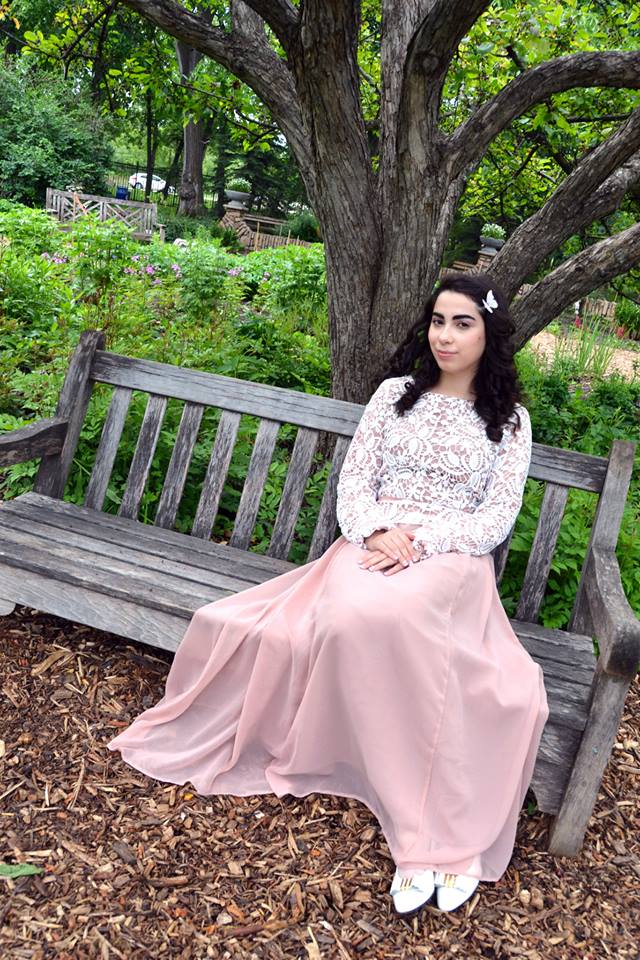 Another issue was that I could not do laundry due to the fumes and the residue in the machines. I have to use medical and unscented cleaners, so I was forced to wash my clothes by hand in a bucket in the shower. They decided that the best solution was to find me a laundry service. HSA puts clothes in an industrial cleaner with their soap so I couldn’t use that. Months passed with no solution, so I asked my dad. It took him less than four hours to get me signed up for a service.

Admin told me that none of this was in my documentation, which it was, and that they didn’t know it would be an issue, even though I told them about this when I first spoke to them in April. They also said the one other student they’ve known to have CF did not have those specific concerns, but disability varies by person, and sensitivity to chemicals and scents is common with CF, which a disability office should know.

It’s been pretty ridiculous and has made me want to leave Harvard and go to one of the many Canadian universities I was accepted to.

Yeah, it’s been made clear to me that my physical well-being and ability to access classes is not a priority. 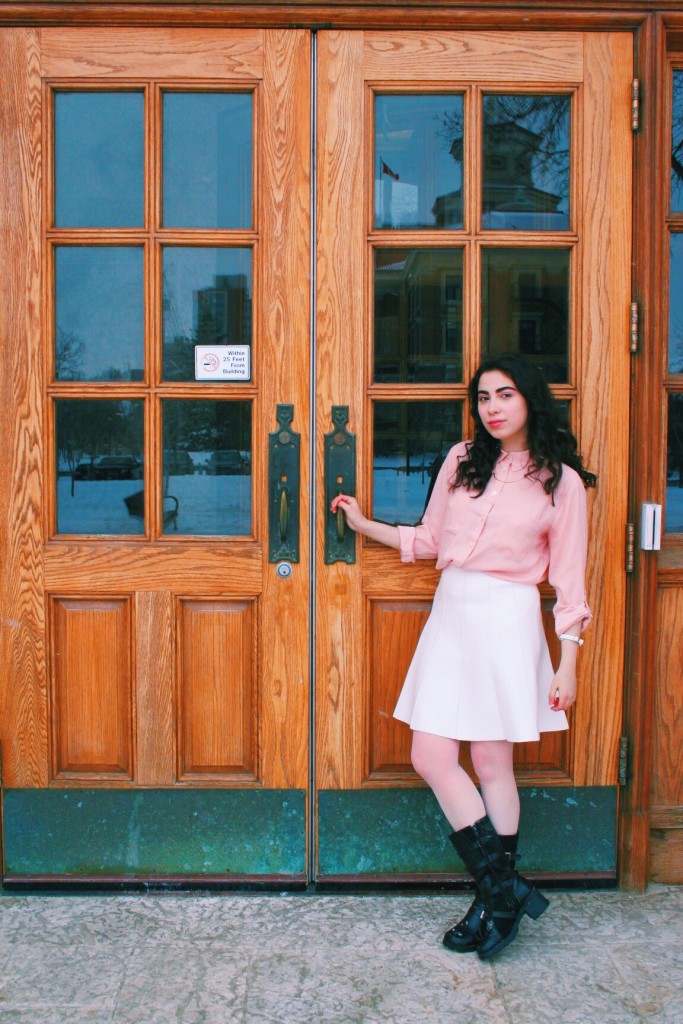 Processed with VSCOcam with c1 preset

What do you think is the most common misconception about disabled people?

That your level of disability is determined by your appearance and that if you’re disabled in any way, you’re brave for simply existing because “oh my gosh I could never live with that!” But really, we’re just trying to live our lives as best we can. I’m not trying to somehow live “normally” because my illness is what’s normal for me. If I could get rid of the pain, suffering, and discrimination associated with my disease I totally would but I’m not ashamed of my disability, and I am proud of the person it has helped be to become. 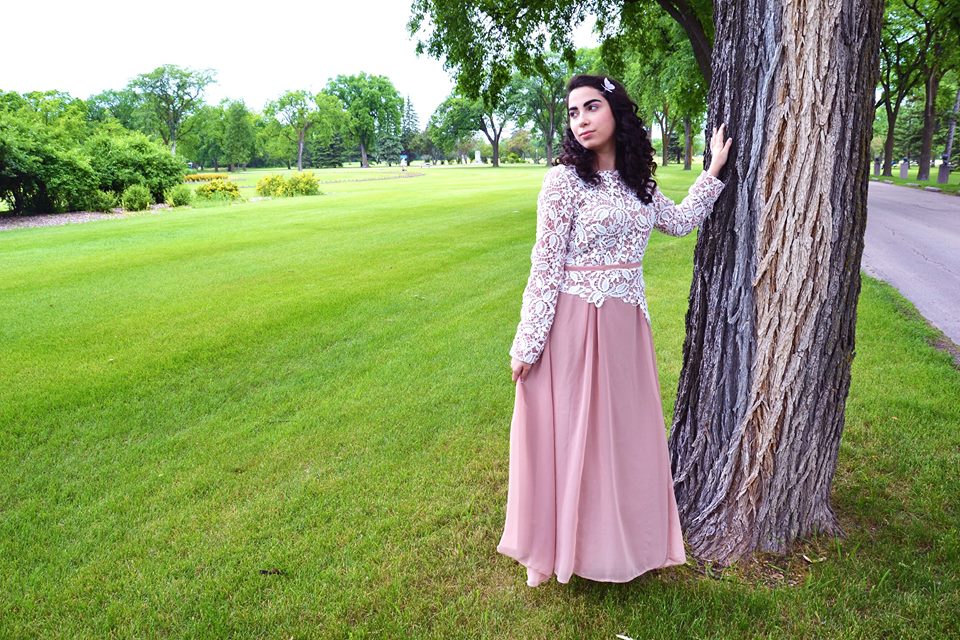