An email containing a pornographic image was sent to the entire staff of Students of Georgetown yesterday, and by golly is it NSFW.

The subject of the email read: "[Corpwide] we're getting fucked," and included seven links in the body of the message to adult content as well as a picture of a woman being double penetrated by two men.

The woman was labeled "The Corp" and the men were depicted as "Georgetown University" with the university's logo, and "Aramark", GU's dining contractor.

The image is below, so if you don't want to see it, close this tab now. 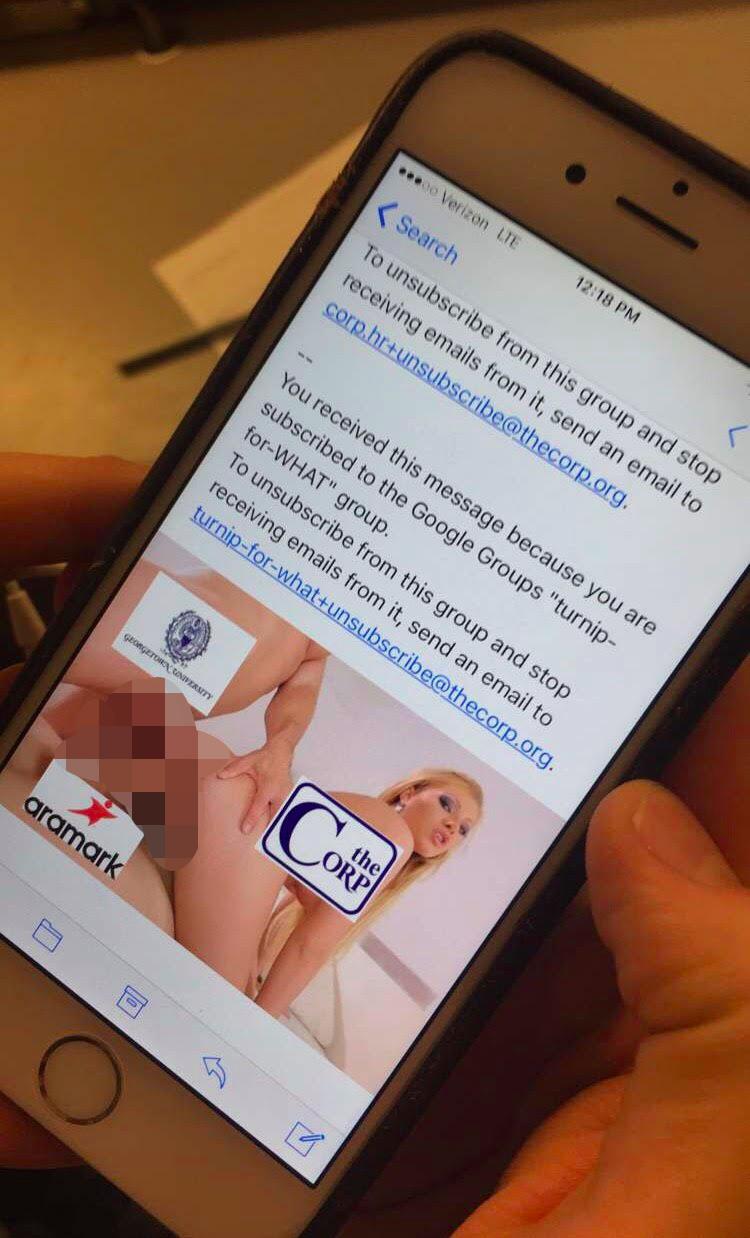 The email came from Taylor Tobin, the former CEO of The Corp, the largest student run non-profit organization in the world. The current CEO, Melina Hsiao, told The Hoya that Tobin's account was fake, and that he never used it. An apology from The Corp's human resource department was sent out to rectify the error, and the information technology staff is currently investigating who's to blame.

Regardless of who sent the pornographic meme, the real question at hand is why is The Corp getting fucked by GU and Aramark?

Apparently, The Corp's relationship with the university and Aramark is going through troubled waters. Last year, The Corp had to spend its own pocket money on WiFi because GU didn't think theirs was secure enough for credit card transactions.

As for Aramark, the company booted The Corp's coffee shop Uncommon Grounds out of its home in O’Donovan Hall to make room for the Whisk Bakery and coffee shop. UG is set to reopen in the Leavey Center on the second floor of the university bookstore.

So what's the big deal? Aramark introduced competition — like a salad shop — that might steal sales from UG, especially since the healthy option accepts meal points. On top of that, the new UG location is in a fairly isolated location, making it harder for The Corp to push their products.

Put into context, the sentiment that The Corp is being double penetrated by both GU and Aramark isn't farfetched. A statement, however, should be issued condemning the fact that neither of the actors were wearing condoms.