As a woman of color, Trump’s victory was heartbreaking, but it won’t break me

Don’t tell me the American Dream is dead, I’m a product of it

Donald Trump will be the 45th president of the United States, and I’ve fully accepted that. While the result of the 2016 election was shocking, I am more shocked at the hatred that has ensued because of it. Trump’s election has brought out the worst in all Americans, Trump supporters and opposers alike.

Every single day people of color deal with racism…

…and women deal with sexism, either covertly or overtly. I don’t believe any man or woman in office is going to change that, certainly not in the next four years. The fact that Obama lived in the White House never stopped me from getting discriminated against, it never stopped systemic oppression of people of color, and it didn’t eliminate racism in our country. Barack Obama didn’t have a magic wand, and neither does Donald Trump. 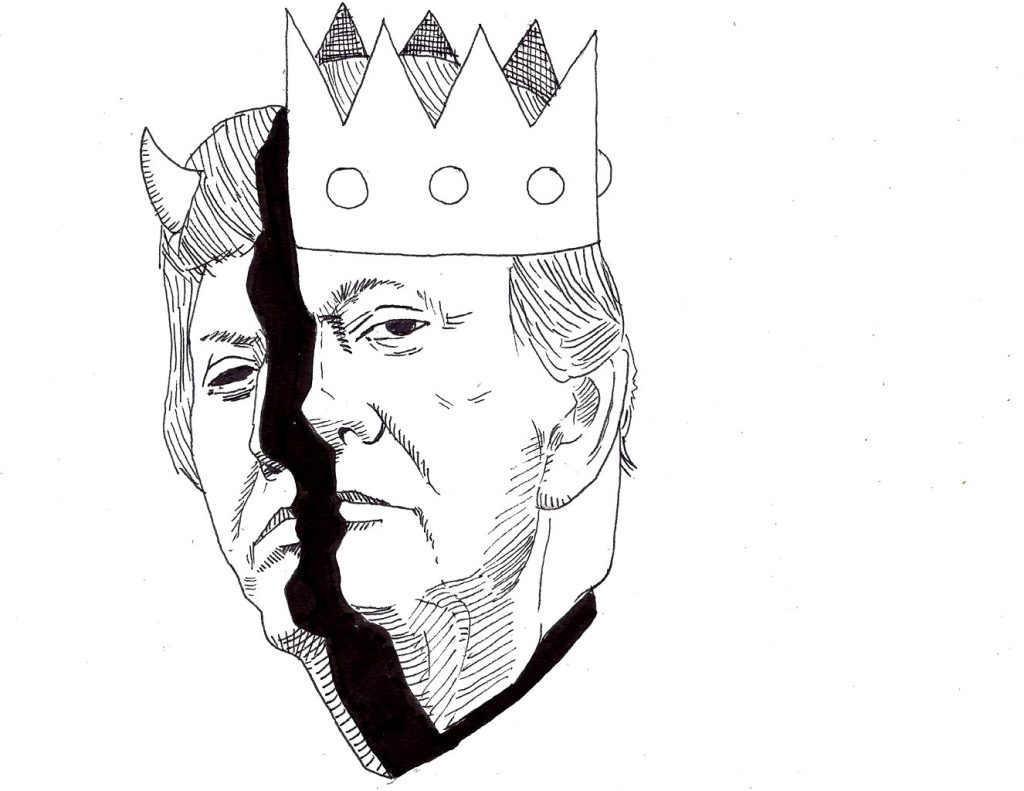 Our country is divided, but it isn’t one-sided, and there isn’t one group of people to blame

People make unfounded presuppositions about me and the people in my community, based solely on the color of our skin. I’m 100% sure some of those people voted for Trump. But not everyone who voted for Trump is racist and bigoted. We’re making sweeping generalizations about an entire group of people, based on the things a select group of supporters did. We’re no better than them.

People assume women aren’t strong enough to be leaders, or worthy enough to have control over their own bodies, based solely on our gender. And I’m 100% certain some of those people voted for Trump. But in the past two days, I’ve watched the same women who support feminist initiatives tear down Melania Trump for taking nude photos and embracing her sexuality. She’s a mother just like Kim Kardashian, who, let me remind you, did the same damn thing. What makes her unworthy of our support? 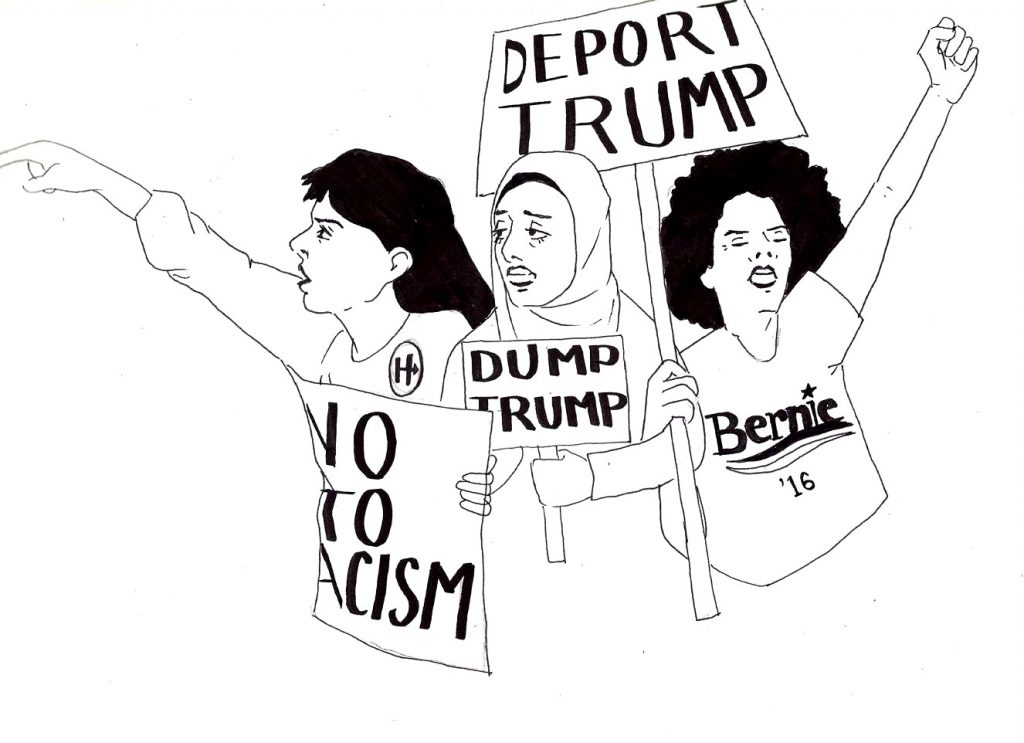 At the end of the day, we’re all Americans

We all hope to live in a prosperous and thriving country. I’ve come to accept that my perception of what is right for this country isn’t shared by the entire American population. And that’s ok, because that’s what democracy is about. In awe, I watched Trump rise to power, and in disbelief I watched him win an election, fair and square.

It honestly doesn’t matter or make a difference that Hillary won the popular vote. When you vote, you’re not voting directly for the candidate of your choice, but for members of the electoral college. This was put in place by the founding fathers so a large majority can’t tyrannize the minority. And that’s fucking good. Why would you wish away something that actually makes your vote count. 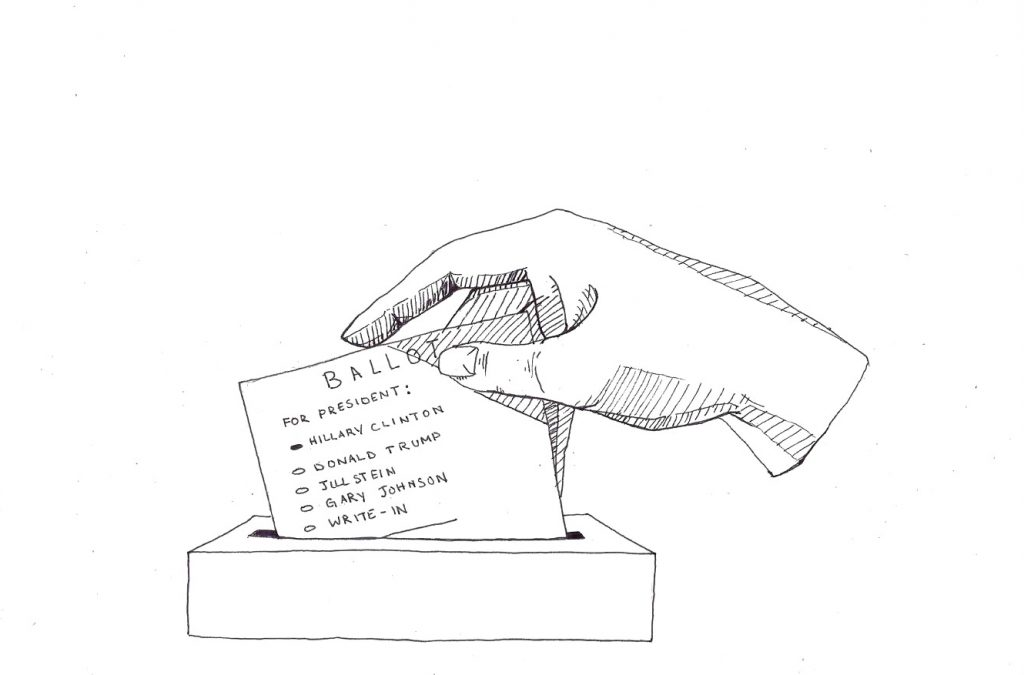 The electoral college makes sure every vote, in every state counts

If it wasn’t there, candidates would be able to win the election by pandering to the biggest states or cities to win the most votes. There’s eight million people in New York City alone. It would be unfair if a candidate won just because everyone in New York City, Los Angeles, Miami and Chicago voted for them. Not to mention the fact that large cities tend to lean towards the left, even in Republican states. People in rural Kentucky matter too; they’re Americans, even if you don’t agree with their opinions.

When it comes to Trump supporters, what other legal option did people have to express how they feel about their government or their country other than exercising their right to vote? Every Trump supporter isn’t inherently bad, and Hillary’s aren’t inherently good. Using a petition to replace Donald Trump is basically saying your opinion matters more than everyone who voted for him. You’re doing exactly what the founding fathers hoped to avoid: tyrannizing the minority. 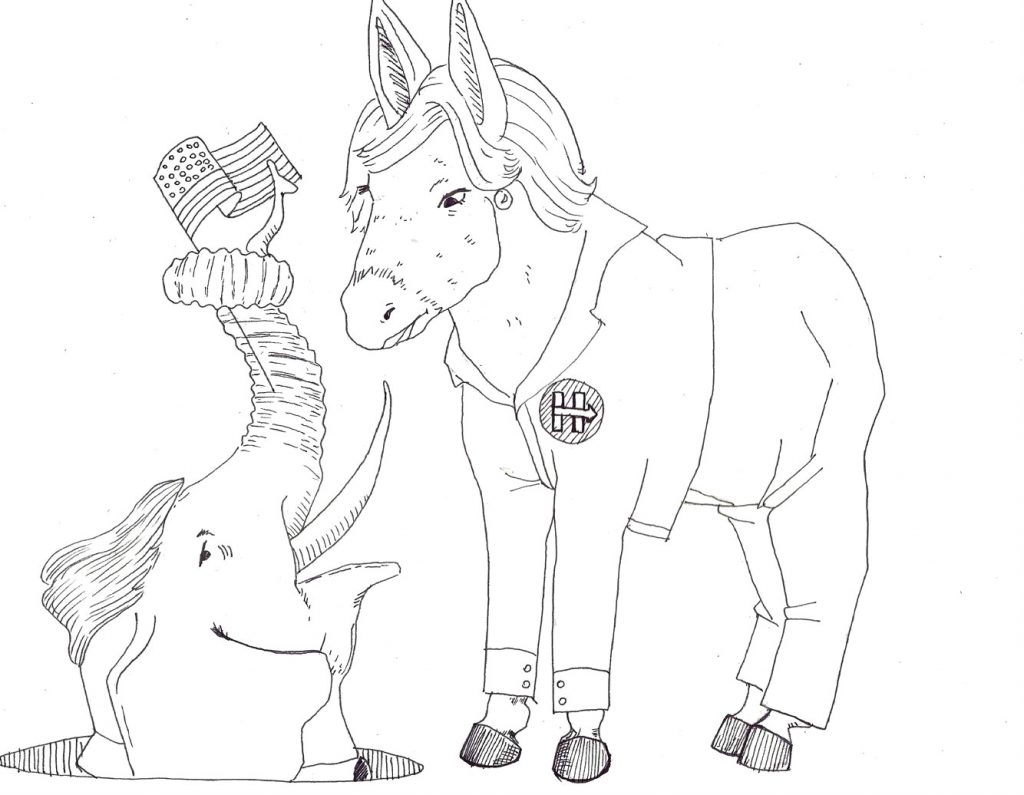 If you don’t believe in Trump…

…at least have faith in the fact that the founding fathers put in place institutions to make sure your civil liberties are protected. The executive branch doesn’t have all the power. And just because the senate and house are republican, doesn’t mean they all share the same views as Trump.

Former US President Bill Clinton was accused of rape. Former Secretary of State Hillary Clinton called African American youth “super-predators.” Former New York Governor Eliot Spitzer was accused of sexual assault. Former New York Congressman Anthony Weiner was accused of having sexually explicit interactions with a minor (there’s a damn wikipedia page dedicated to that man’s sexting scandals). But do we let their actions speak for the entire democratic party, liberals, or the people who voted for them? No. Individual actions don’t speak for the character of an entire population. Period. 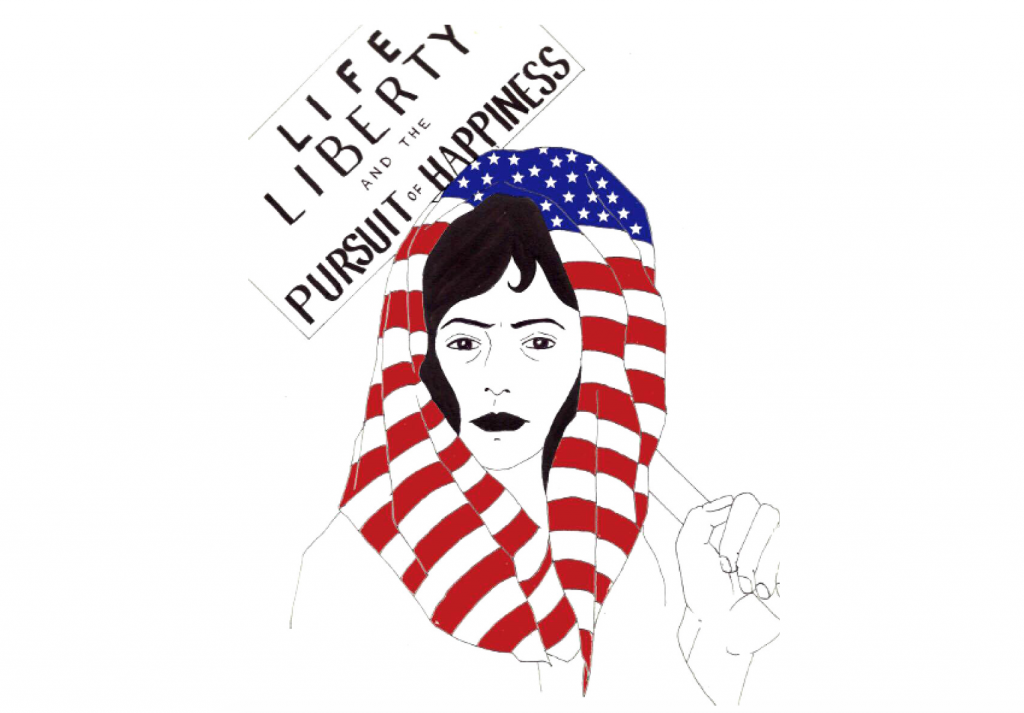 Racism and sexism are alive and well, but I still believe in this country

This is a country that gave my mom the opportunity to go from the Bronx, to NYU, to being an equity analyst on Wall Street. Despite her gender, and despite her race.

Trump’s election might be seen as a setback, but we need to come together as Americans. No matter what, we need to continue to fight for what is right, but that doesn’t mean we need to disrespect core American values or democratic processes. If we close ourselves off to opposing views and opinions, and refuse to interact with people that disagree with us, we will never make any progress.

Stay engaged. Write to your congressmen. Let your voice be heard. Don’t give up on your country. We are so much better than what this election has made us all into.

All the artwork was by Allegra Toran. IG: @pecheresse