His new EP is called ‘Stop Everything’

Daniel Breland, a third-year student at Georgetown University, stands out. A member of the Georgetown Phantoms, a writer, and many other things, he’s more than the average student. Although still at school, he’s an up and coming R&B artist.

Last year, he signed a record deal with Water Music and in December 2015, he released his latest EP which has received a lot of positive attention. We spoke to Daniel (and made a podcast) to talk about how he juggles a career and academic life, and what’s next for him.

Both my parents are actually signers as is my older sister. I kind of grew up into this family of singers, mostly gospel music singing at church in the church choirs. So I was just always surrounded by music and had a real strong interest in it when I was a kid but I wasn’t trying to pursue a career — I just liked to sing. I did musicals at middle school and when I got to high school realised i wanted to create. I had always been creating melodies, but they were more like 30 second jingles and I wanted to make real songs. So I collaborated with my roommate, Nathan — I went to boarding school — he was also interested in music and he was starting to make little beats that I could rap over and that was something we were doing mostly just for fun. I eventually created a YouTube channel where me and Nathan, who I still work with, started posting some of our original songs, and covers, which he would produce and I would sing. 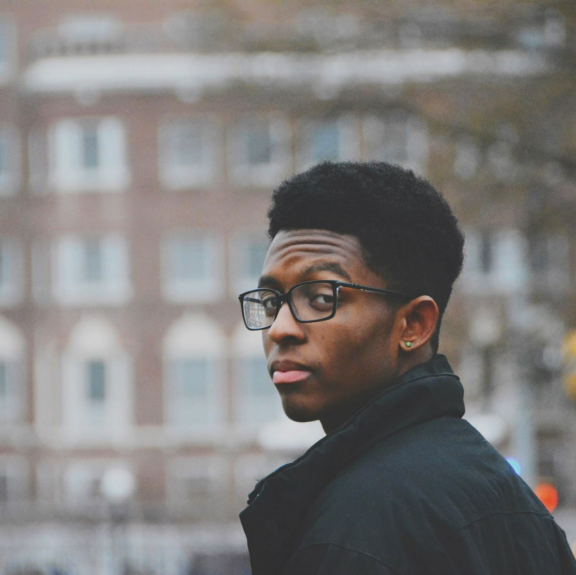 When you’re writing your songs, what’s your motivation?

It’s kind of twofold. I have a real interest in poetry and actual writing and pinning and crafting of the words. I really like the way that words flow in rhythm so that’s a thing I will do outside of melodies and then the other thing is melodies. I really like the way that notes fit and can create something that’s catchy. Even without the words, the melody can stand alone and the words can stand alone. And when you have a melody that can stand alone and words that can stand alone it creates a fusion where people listen and they’re like that speaks to me and I like the way it sounds. I’ve always been interested in both of those things. And so I try to draw inspiration from anything – I write a lot of love songs. I write a lot of pop and R&B music and a lot of that revolves around interpersonal relationships and a lot of that I draw from experience or from the experiences of people I know or care about. And also for other songs like on my EP I try to keep up with the news and things that are going on in the country. When I feel really passionately about a social issue I’ll write a song or a poem about it. On my EP the last two songs were very pointed towards kind of the race-relations issue we are dealing with and police brutality.

When you released “Stop Everything” what effect were you hoping to have socially?

I have always had this idea of seasonal EPs, so I want to do an EP in the fall, which was Stop Everything, an EP in the winter, I don’t know what that will be called, an EP in the spring and in the summer. I want them to come together to be a greater collective—perhaps you could call it an album. I am a songwriter, aside from releasing my own material. The difficult thing about being a songwriter and trying to get songs placed with major label artists is that I could write 100 songs and if they were good enough I could submit them to Rihanna, and Arianna Grande, Chris Brown, Beyoncé and Jason Derulo, and if those artists decide not to do those songs, what do I do with the songs?

A lot of times I wont hear back whether that artist is doing that song, for months. So ill write 50 songs and all 50 will be in the process, I won’t have the right to put that song out on my own, because there is a chance that that artist might still want to do it and put it out themselves. I guess I got a little frustrated with the idea of making all of this music and no one being able to hear what was going through my head and so I wanted to have these seasonal EPs kind of as benchmarks, so people could see what I was up to and how I was feeling about certain thing, just to have that content out there but also so that I could express those things more directly. Because the things I would write for myself and for the “Stop Everything” EP, those are a little different from the things I would pitch commercially. “History Repeats” is like kind of a heavy song and it’s the kind of song that most artists wouldn’t actually want to do. Maybe a lot of artists would want to do it, but it wouldn’t sell because it’s controversial, it’s pointing out a system that I believe is institutionally flawed. 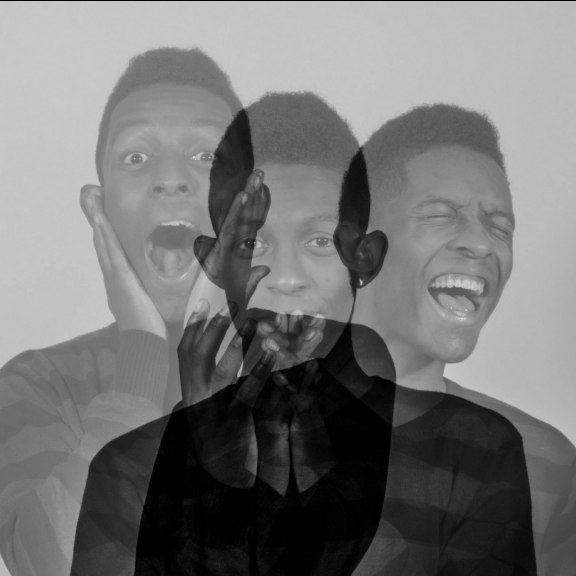 How has the reaction been?

I think it’s been pretty good given that I only promoted it on Instagram and Facebook, I didn’t have it promoted by anyone big. I was still able to get a thousand listens on some of the tracks which is good because it means people are listening to it on their own. I have had a lot of people at Georgetown telling me they really liked it and my family liked it, which was good because they’re all very musical. And also, some of the people that I worked with, in the industry, my friend Raheem is a songwriter in Atlanta and he listened to it, and he’s probably a better songwriter than I am, I’ll admit and he liked it, and it felt good to be validated on something that I am felt very passionately about.

When you sell your songs commercially and work with bigger artists who do you sell them to?

That’s something right now that is a little more confidential. I can tell you right now that the team I have been working with for the past couple of years Lee on the Beats is a hip hop producer, he has done a lot of work with DJ Khaled. I had the opportunity to meet with him in the studio last year. They have been working with him, Fetty Wap, Chris Brown, and since those songs have already come out I can say that. A lot of the songs that I am working on right now I am definitely submitting to very popular artists and have had some pretty popular feedback from those artists’ camps and the artists themselves. So I think that 2016 is slated to be a really big year and when I am in a position to tell people exactly what I am doing I will let them know.

When you were growing up, were there any artists that were an inspiration or role models to you?

Just in terms of the path that they took, that kind of got off the path and back on the track, I really, really liked Justin Bieber and like Justin Bieber still. When I was like 12, 13 he was starting out on YouTube and he was the first to do it in a big way where like Usher and Justin Timberlake were essentially fighting over him and he’s just a kid off the internet from Canada. And that was really inspiring for me since I was just a kid from New Jersey and I felt like if Justin Bieber could make it then I could make it. Once he started putting out songs, he had these huge albums and album tours, I just kind of seeing what he was doing, because he’s only about a year, year and a half older than me, if Justin is worth 200 million, next year I have to get that. Seeing his success kind of motivates me and it also feels like he’s sort of my competition because he started out on YouTube and he made it and I started out on YouTube and had to work a little longer. It’s good to see that it’s possible and the industry does look to find undiscovered talent sometimes.

What about at Georgetown, how are you involved musically here?

Here at Georgetown I do a couple things musically. I’m in the Georgetown Phantoms, my acapella group. We were actually the first co-ed acapella group here. We were founded 27 years ago and it’s cool to see alums come back to perform with us, like at our 25th anniversary performance. We sing at the White House every year we’ve sung at the Tony Blair Holiday Dinners before and Penny Pritzker. There are a lot of cool political figures and weddings and things, it’s been a lot of fun. I can get more used to performing, so it’s been a lot of fun to be a part of a group whose name is already out there and we get to perform at these awesome venues.

What are you looking forward to in 2016?

As I said, I’ve had a lot of songs that are kind of in the process right now. Based on the amount of songs that are currently in the process and the response that I’ve had and the people I am working with, I think 2016 is going to be a breakout year. One of goals has always been to be nominated for a Grammy in college and as it turns out it’s not actually that hard to do, I mean it is, but now I’m connected with people that have won Grammys and have been nominated to win Grammys. Once they have validated what I am doing, I feel like it is only a matter of time.