Which FSU major has the most fuckboys on campus?

My fellow 'Noles, we've all been there before: Whether on Tinder, at the Strip, or even at the Starbucks in Strozier, we've all encountered a typical FSU fuckboy.

Unfortunately for us, it has become increasingly difficult to generalize the quintessential fuckboy. In the year 2017, fuckboys come in all different, shapes, sizes and even majors.

But what distinguishes one fuckboy from the other? And why are they evolving quicker than the speed of light? I did some research and lucky for you, I got some answers. Here are the different types of FSU fuckboys based on their major. 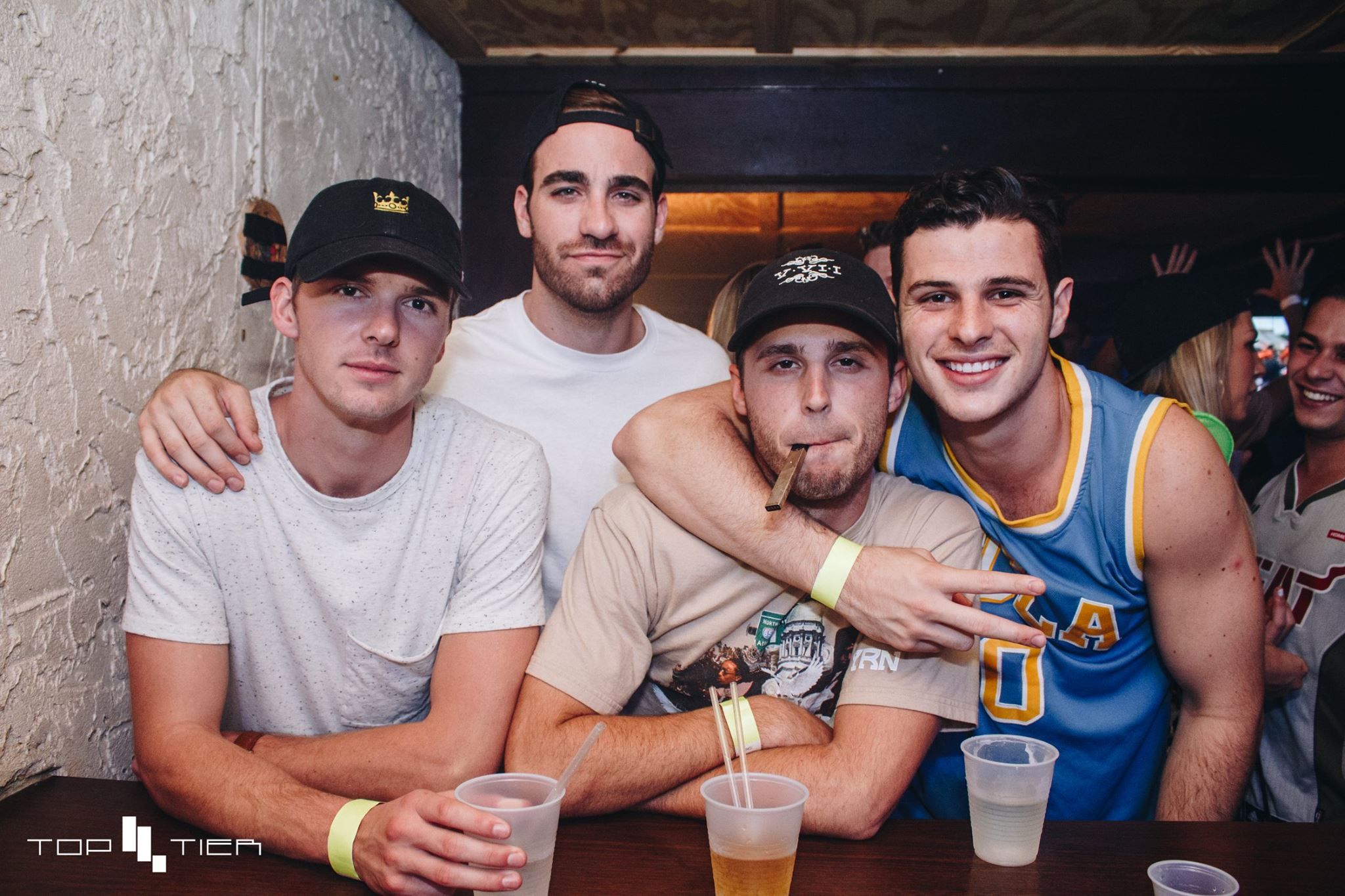 You'll usually spot them at international coffee hour at the Globe or hanging around Diffenbaugh practicing Mandarin. They start a majority of their sentences with "When I work for the UN" or "When I join the foreign service" and never stop talking about their adventures abroad. You fall for their broad knowledge on world issues, but after awhile his criticisms on global affairs becomes tedious.

How they'll fuck you over: He'll probably ditch you for some international student he met during said coffee hour.

How to spot them: They usually sport the classic European leather shoes and 'man purse'. On some days, you can catch him wearing a tee with his favorite NGO on it.

What they’ll text you at 2am: "Hey, you mind helping me out with my US Jobs application? Trying to score an internship at the embassy in Beijing."

You fell in love with this guy the moment you saw him at Garnet and Gold goes Green. He's all for the planet and you really enjoy listening to him talk about the human body. He stole your heart when he said you were the adenine to his thymine. But be careful, these boys are the quiet types. He might be giving you attention now, but in a week or two he'll be studying someone else's anatomy.

How they'll fuck you over: You find him holding hands with some rando by Dirac.

How to spot them: You can find them in hoodies and cargo pants. Flip flops are a must for these boys. Closed toe shoes prevent them from being one with the Earth.

What they’ll text you at 2am: "Why don't you come over and I'll teach you some anatomy?"

Pre-med and biology almost go hand in hand. What attracts you these boys at first is their serious demeanor. He's extremely intelligent and you're convinced that he might even find the cure to cancer or eradicate Ebola one day. However, despite all this, the best thing about these boys is that they are the FSU version of 'McDreamy' from Grey's Anatomy.

How they'll fuck you over: They end up saving some other person's life and ditch you for them.

How to spot them: Most of the time you can spot these boys on campus in scrubs or even in an EMT uniform. Their hair is always freshly cut and they are never not well shaven.

What they’ll text you at 2am: "Been riding in the ambulance all night. Wanna keep your favorite EMT company?" 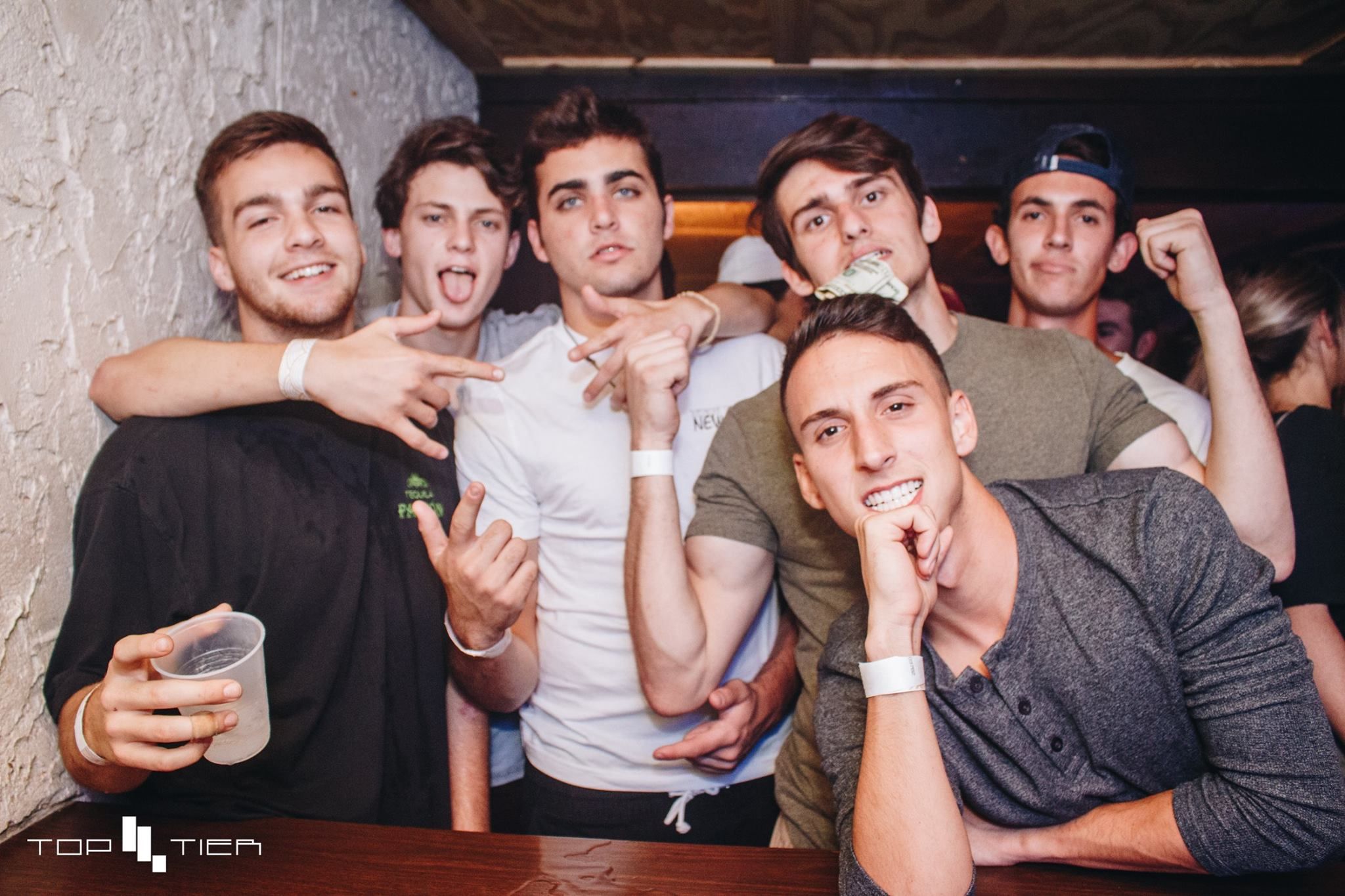 Oh, the history boys. Their intensive capability to remember the dates of almost every event ever is sooo attractive. He most likely has a weird obsession over some guy that died years ago, and he's extremely cultured and well composed. But, even though he might call you his Marie Antoinette, he can get rid of you faster than the guillotine got rid of her.

How they'll fuck you over: Just like Casanova, he never spends a lot of time chasing just one person.

How to spot them: Usually chilling outside of Bellamy reading The Communist Manifesto or Immagined Communities.

What they’ll text you at 2am: "I'll be the Hitler to your Poland. Just let me come over and invade you ;)"

These guys are the snobs on campus. They usually spend their weekends on the golf court or at the country club their daddy owns (he totally made them come here). Either way, it's still comforting to know that you found a guy that can handle all of your finances.

How they'll fuck you over: Just like they manage their stocks, they can manage seeing 4 people at once.

How to spot them: Usually in a frat, solely wears chubbies, or a suit. 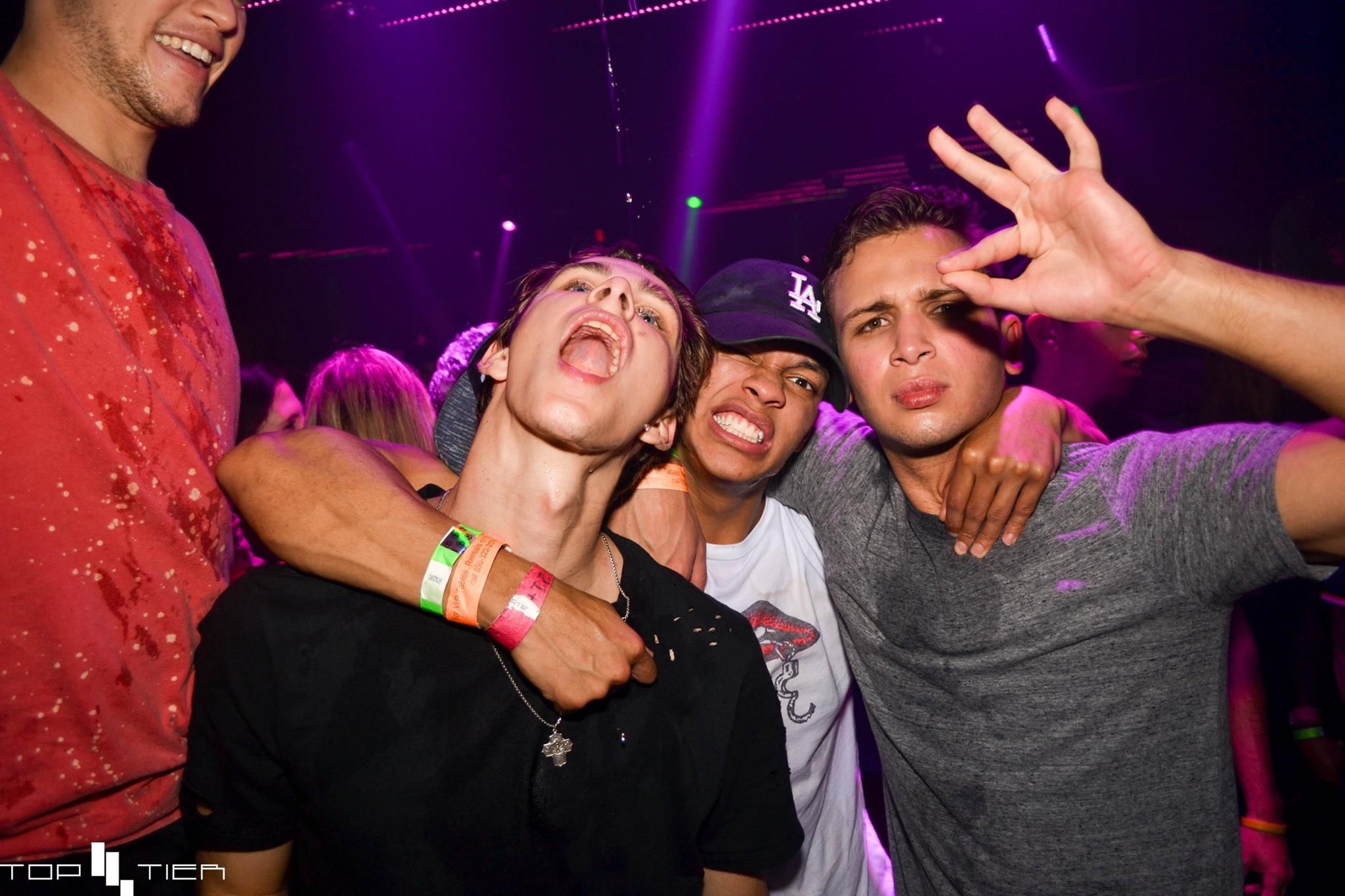 You can find these boys on campus just by using your ears. They love to show off their bilingual or even trilingual abilities and will find every opportunity to do so. They prefer to message over Whatsapp since most of their foreign friends don't know what iMessage is yet. If you peak into his archive you'll most likely find conversations with people from all over the world. The worst part: you can't even read what he's saying to them.

How they'll fuck you over: Being bilingual expands their playing field. They most likely have a couple of foreign "friends" they talk to on the side.

How to spot them: They know how to dress to impress. Their studies abroad not only taught them another language, but also how to adopt that Gucci look.

Music majors really do have all the charm. Why talk for hours when he can serenade you with the chords on his guitar? Every word that escapes his mouth is like a melody. But just as he knows how to play a ton of different instruments, he also knows how to play you.

How they'll fuck you over: He releases an EP on Soundcloud and you find out he wrote it about the ex he's still not over.

How to spot them: Usually carrying a large guitar case on their backs and wearing some vintage tee from some band from the 60s or 70s. 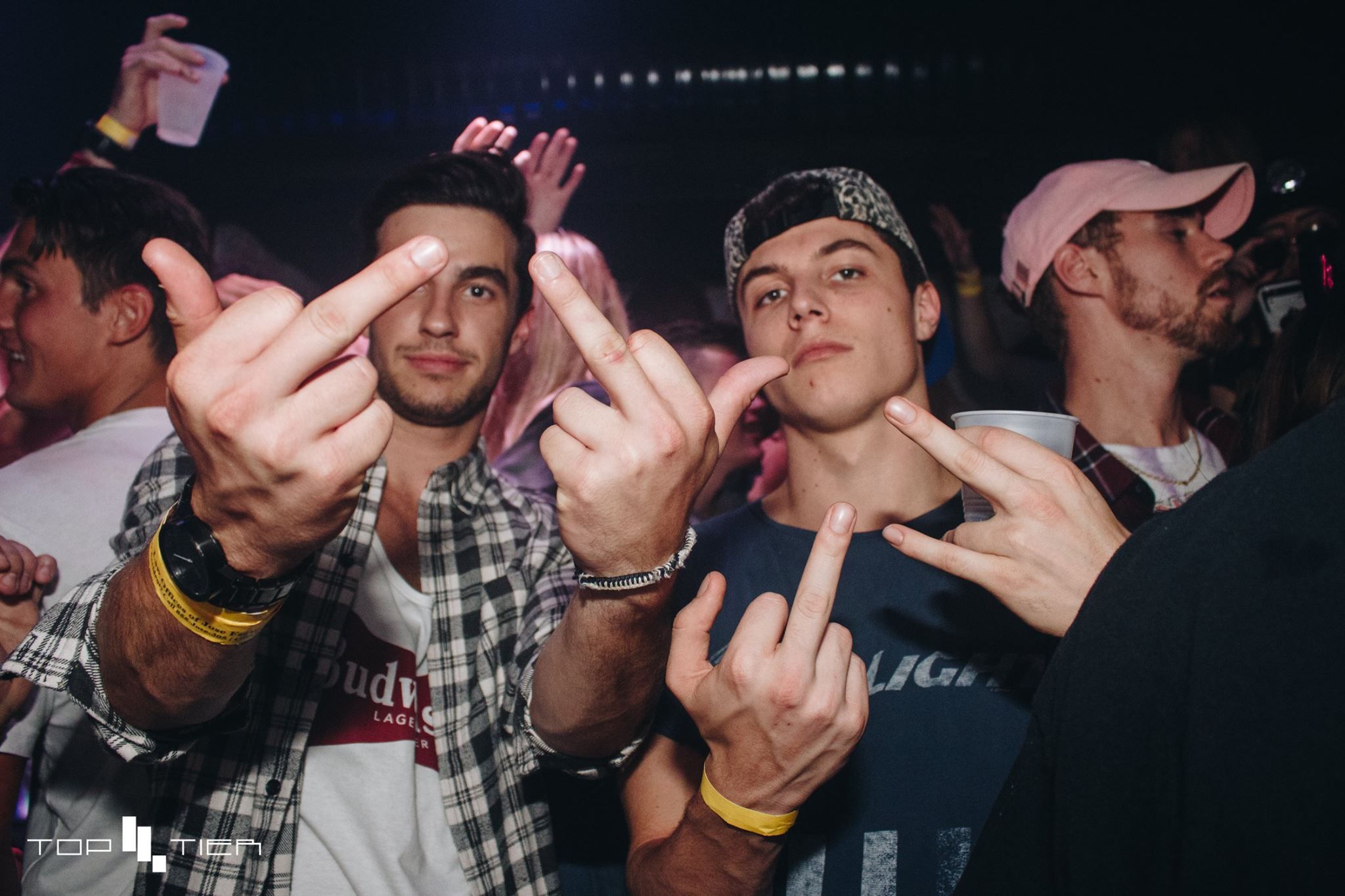 These boys know how to count, but they can't seem to figure out the number of people they've slept with.

How they will fuck you over: Once you’ve given him a bit of sexual confidence, he’ll decide the fuckboy life suits him.

How to spot them: Probably wearing a Star Wars tee that he had since 6th grade. Always hiding behind his computer screen.

You can spot these players from a mile away. They usually charm you with their posh style and attitude. He'll fight to prove to you his worth, but once he wins his case he's most likely on to the next.

How they'll fuck you over: Leave you for someone who dresses in slacks everyday and drives a Mercedes Benz that Daddy bought them.

How to spot them: Usually sports the button down shirt with a sweater over it. Nice leather shoes are also a must.

What they’ll text you at 2am: "Let's violate each other's privacy tonight."

If you're looking for something heated, these boys will surely give you a constant debate. It's nice to know he has a genuine opinion on almost everything, but after a week of being with him you start to tune him out.

How they'll fuck you over: You find him in public with a young Hillary Clinton look alike and wonder if he's just using her for his public image.

How to spot them: Probably wearing an '84 Reagan and Bush election tee.

What they’ll text you at 2am: "I don't have all day. You coming to smoke or nah?" 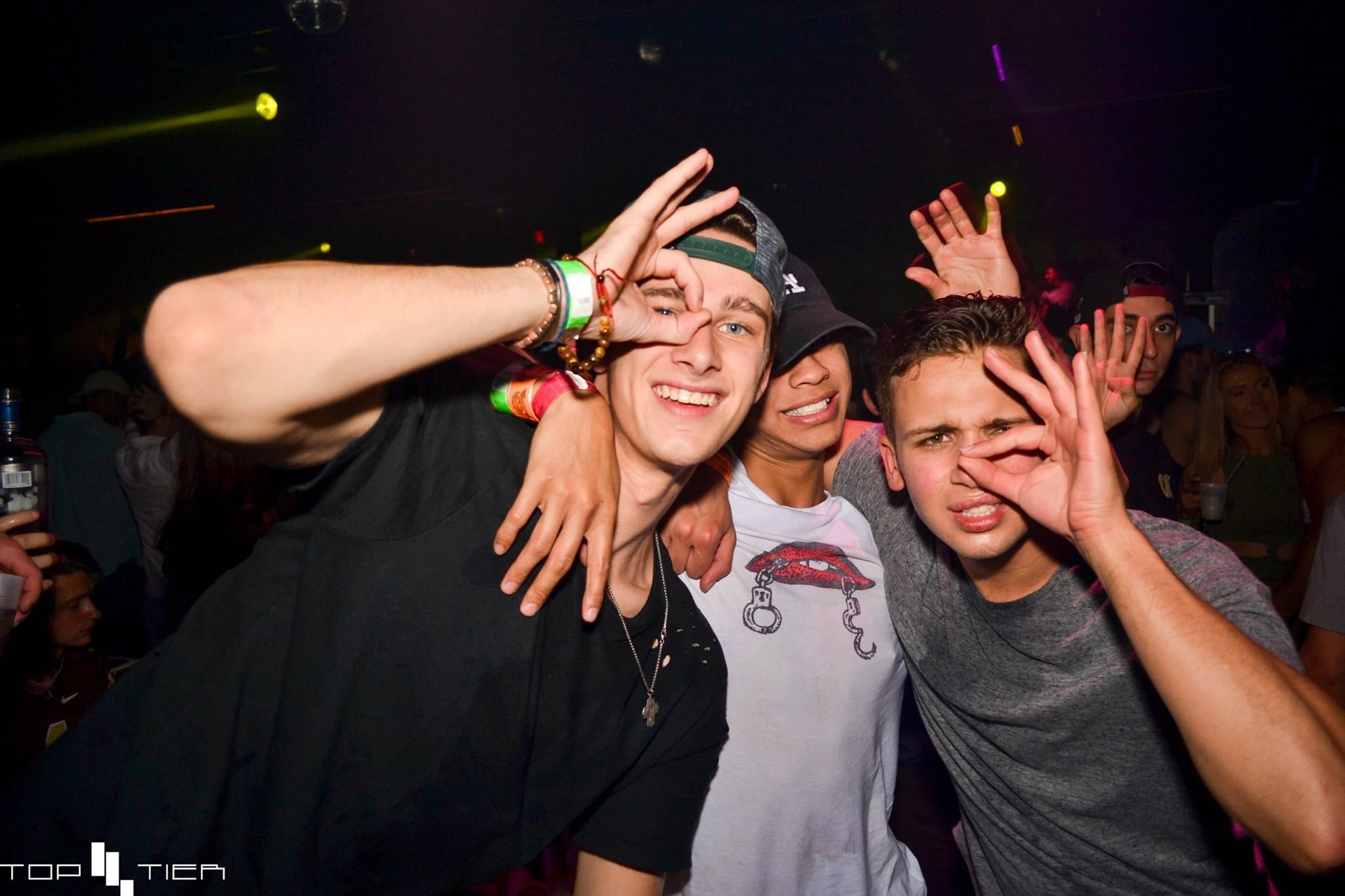 He's most likely the most hipster guy you've ever met. You'll always catch him deep in thought or lost in a book on Landis. He's somewhat quiet, but that's just because he's stuck in his own little realm.

How they will fuck you over: You think he would know a thing or two about how relationships work from novels, but the only thing he seems to have picked up from them is their tragic endings.

How to spot them: Most likely hiding his face in a book.

What they’ll text you at 2am: "To be or not to be in my bed right now?That is the question."

He's the type of guy you would bring home to your parents. He can answer any equation in a matter of seconds. He's going to be the next Nikola Tesla one day, but for now he's stuck spending his weekends in Dirac.

How they'll fuck you over: He never has time for you.

How to spot them: They dress as if they're color blind.

What they’ll text you at 2am: "I finally got an hour free. You down to cuddle?"

How they'll fuck you over: They'll snitch on you for cheating on an online Chemistry final.

How to spot them: They're very big guys. Kind of look like they could be someone's body guard. Most likely own a German Shepard.

What they’ll text you at 2am: "I got a set of handcuffs if you're down to play cops and robbers."