On Friday, September 8, Florida State University made an announcement that any citizen of Tallahassee is welcome to park their vehicles in the university parking garages for safekeeping until Hurricane Irma subsided. The Napleton Infiniti dealership pounced on the opportunity and filled the entire St. Augustine St. garage with their inventory. 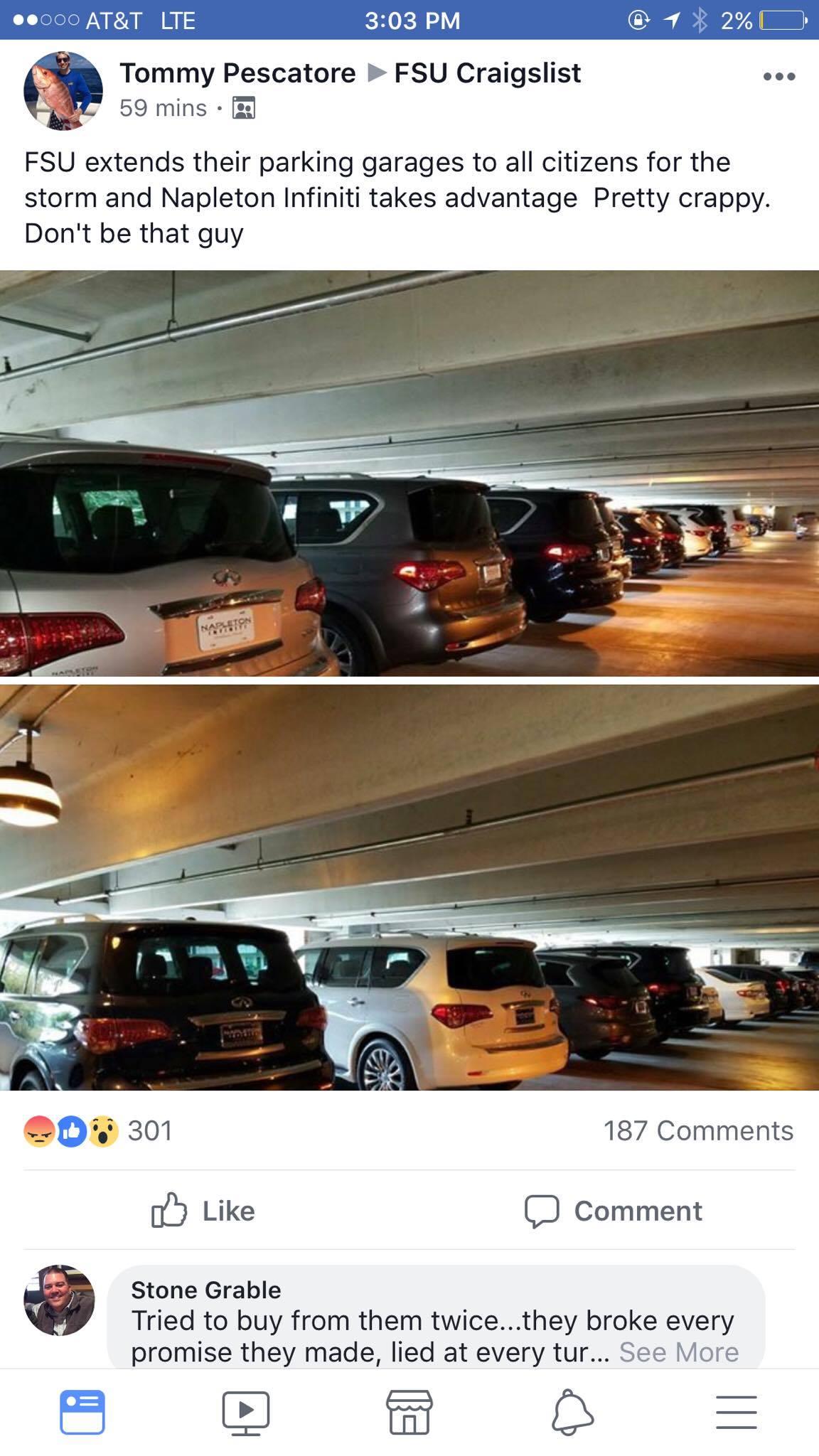 Because of their selfishness, the Tallahassee community retaliated by giving the company one-star reviews on Facebook, Google and Yelp. The negativity grew so strong that Napleton Infiniti removed the review feature from their Facebook page completely, preventing people from leaving new reviews or viewing old ones. 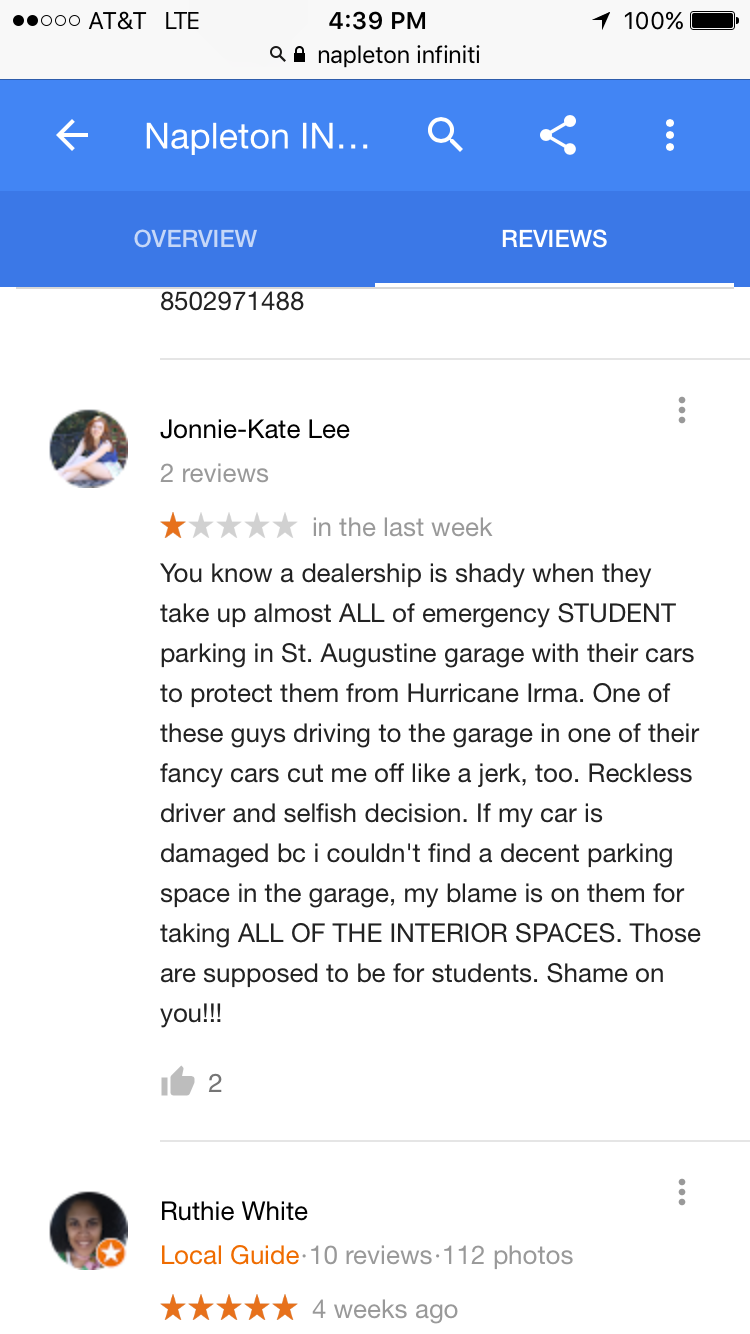 Napleton Infiniti clarified that they had permission from the university to park their cars in the garage due to their business relationship, but the public continued to rain down fire on the company. 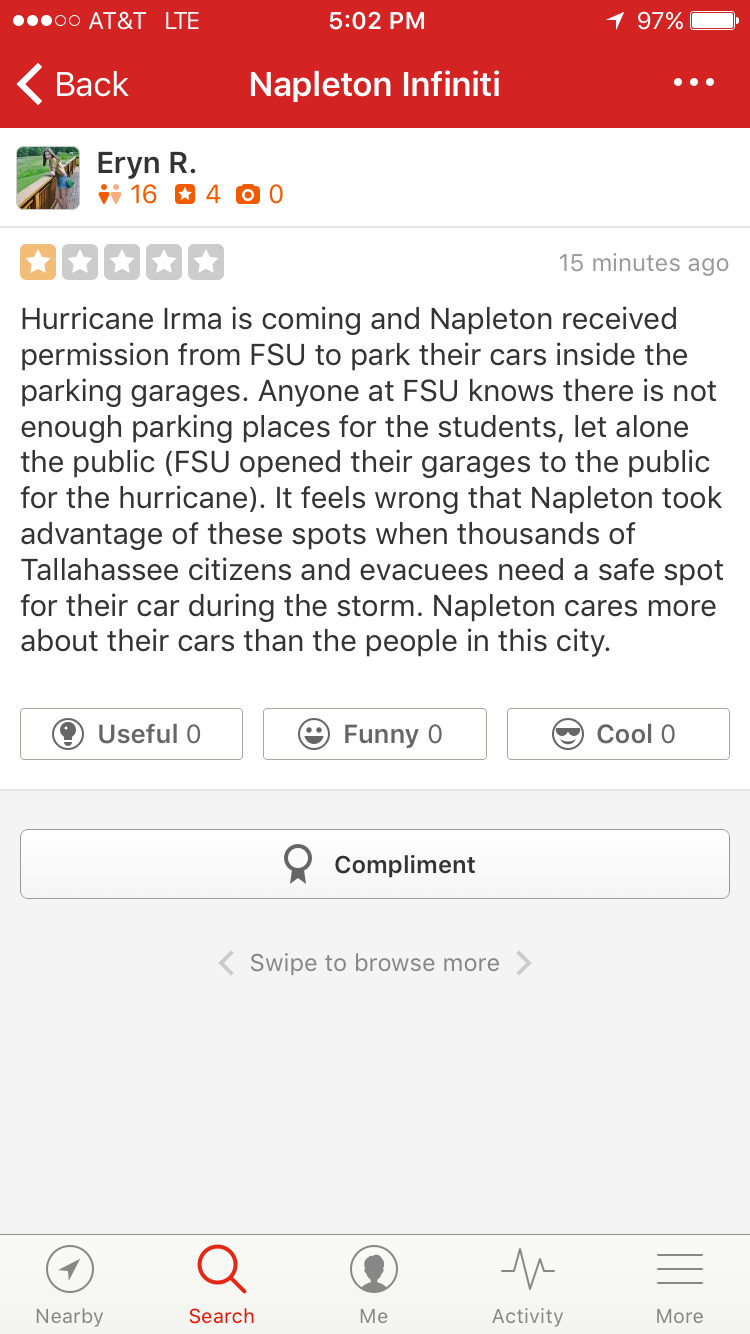 Before removing the review feature from their Facebook page, Napleton Infiniti attempted to justify their decision by replying to angry reviewers: 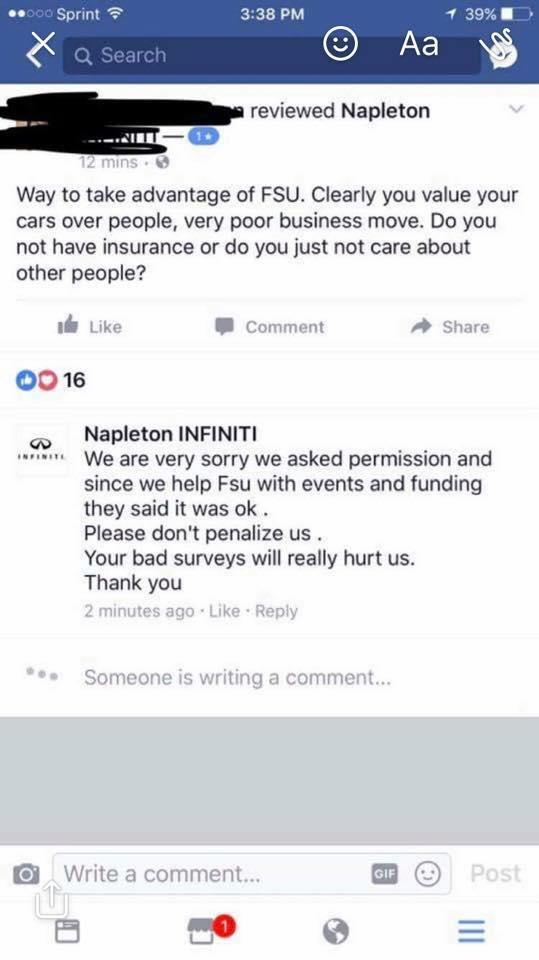 Looks like Napleton Infiniti is going to have to do more than a public apology to win back the hearts of FSU and Tallahassee residents.