What I learned at the White House this week

When I was 17, my parents and I took a tour of the White House. It was January 2012, and President Obama had just been elected to his second term in office.

Halfway through, we were told the president would be leaving Washington D.C. in his private plane, and we were allowed the opportunity to see him leave on the White House lawn. We lined up for what seemed like an hour in the bitter January cold.

When he finally came out people screamed, cried and I stared in awe at the man who had changed the course of American history, and strongly touched my family’s lives. I didn’t know that in six years time, I’d be back at the White House, this time as press, to cover one of Obama’s last speeches as president. 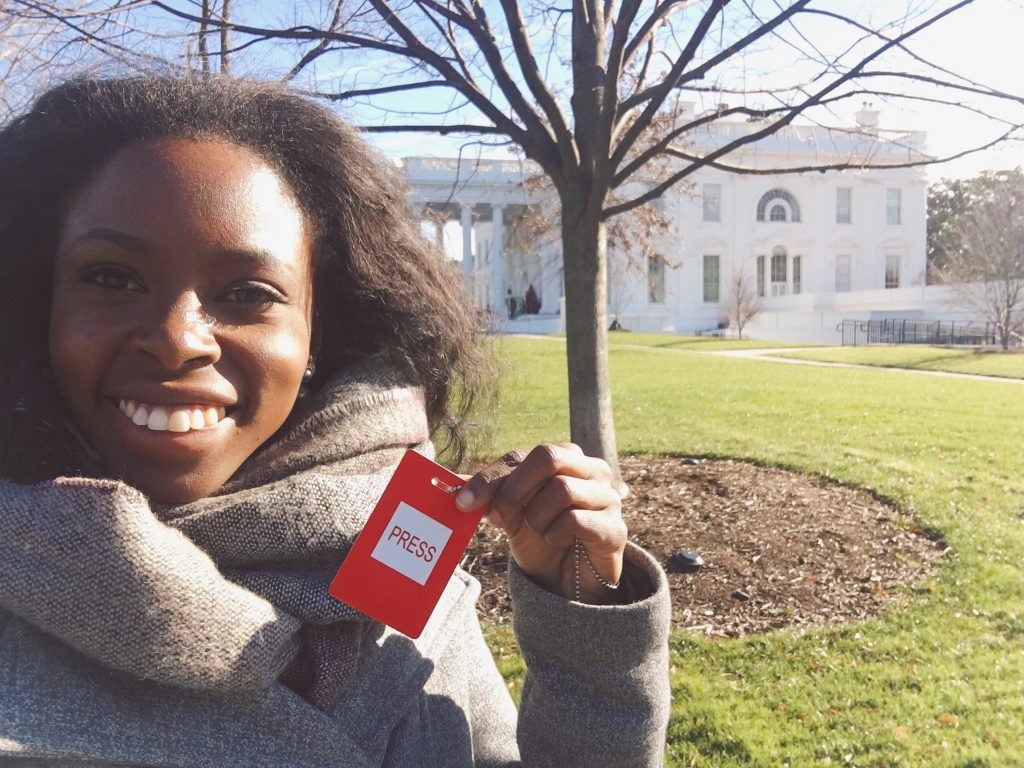 When President Obama was elected, my mom and I cried. As a black woman who immigrated from Jamaica, she never thought she would see a black president. As a young black girl, neither did I. I remember the night he was elected – I was glued to the TV screen with my parents and older sister at our house. The emotion that erupted through us all when he was named the 44th president of the United States is something, as a family, we will never forget.

When George Bush was in office, I was too young to care about politics. President Obama is the only president I’ve ever known as an adult. After more than 200 years of white presidents in the White House, there is a generation growing up in America right now for whom a black president is all they have known. That fact could have unexpected outcomes – it could impact how we understand our place in America and our confidence for the future . Only time will tell.

It’s difficult to articulate how special Obama’s presidency has been for young black people. For many young black Americans, it’s hard to really identify with the kind of guys who normally serve as president. Having a president who understands young people of color – who understands the music we listen to, the shows we watch, the struggles we’ve faced, the (sometimes inside) jokes that we make and tries to immerse himself in our culture has been a rare, historic privilege. It’s going to be difficult to adjust to the complete opposite in the years to come.

As I learned on my visit to the White House this week, the fight to secure Obama’s vision for America is about to begin in earnest. 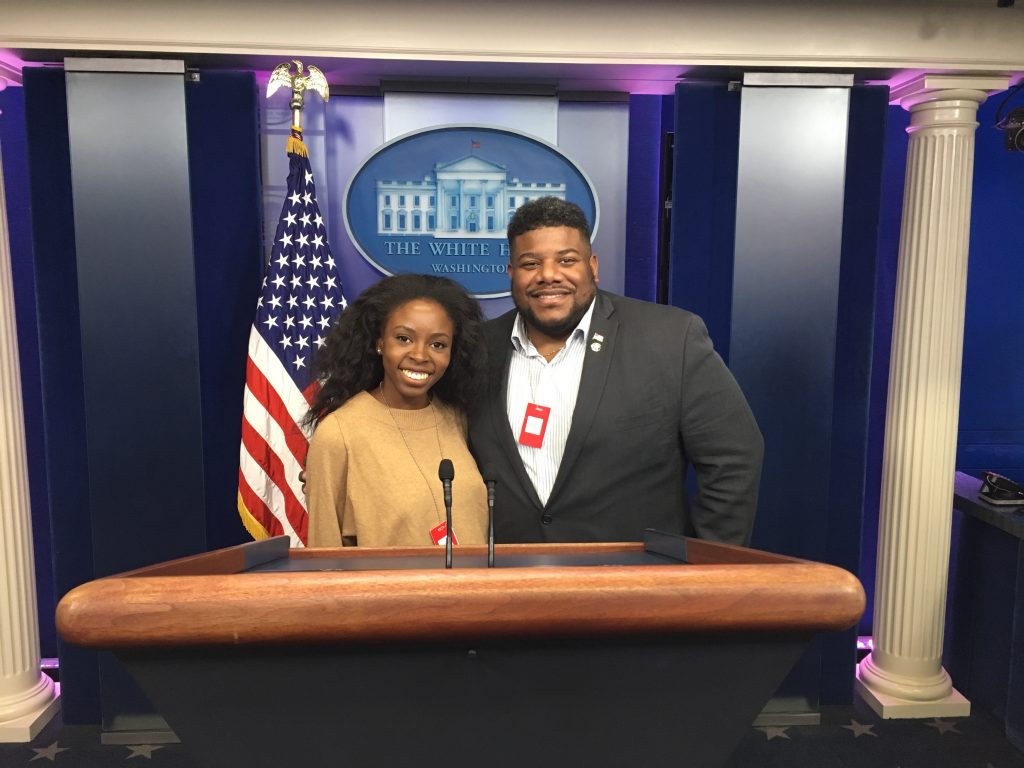 I was there for the summit of My Brother’s Keeper – Obama’s personal initiative to give young black men a step up into society – and we were invited to cover it for our Voices of Color series. It was one of Obama’s last public events before the inauguration of Donald Trump.

The mood was a mix of celebration of how far we’ve come in the last eight years, and sadness that we might have to fight harder now. At the summit, people spoke about the excitement they had felt for Obama and their fears about Trump. They mentioned their respect for Obama’s track record of hosting so many genuine community events at the White House, and the fact these events would probably cease to exist under the new administration.

I remember watching the president’s Selma speech, where he said he is fighting for “a just America, a fair America, an inclusive America and a generous America,” and feeling in tune with every single word. I can’t say I’ve ever felt that way while watching Donald Trump speak. 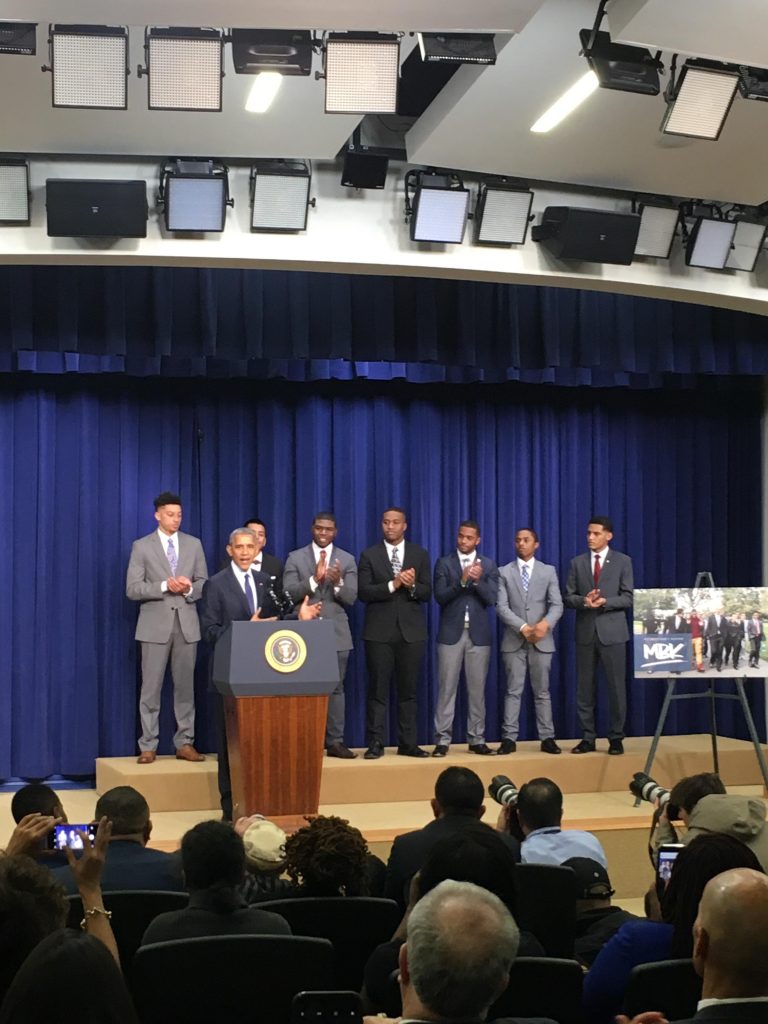 When President Obama appeared at the My Brothers Keepers summit, the room exploded into applause. His words to the assembled activists were both defiant and valedictory, and he reiterated the ideas from his Selma speech, and said he looks forward to working with the coming administration to continue helping young black men in the years to come.

His words, and the conference he convened, serve as a reminder that there are people willing to continue the fight for more change and more inclusion in America. Generation Obama, the people who have grown up under this president and been inspired by him, are getting organized for the battles ahead.