‘This is the land of opportunity, but you have to meet a certain criterion’

On Saturday, October 1, Doak Campbell Stadium was nearly filled to capacity with eager football fans. Among the usual sea of garnet and gold, seated near the end zone was a group of FSU students clad in all black. As the national anthem started to play, instead of rising to their feet, the students in black raised their hands. 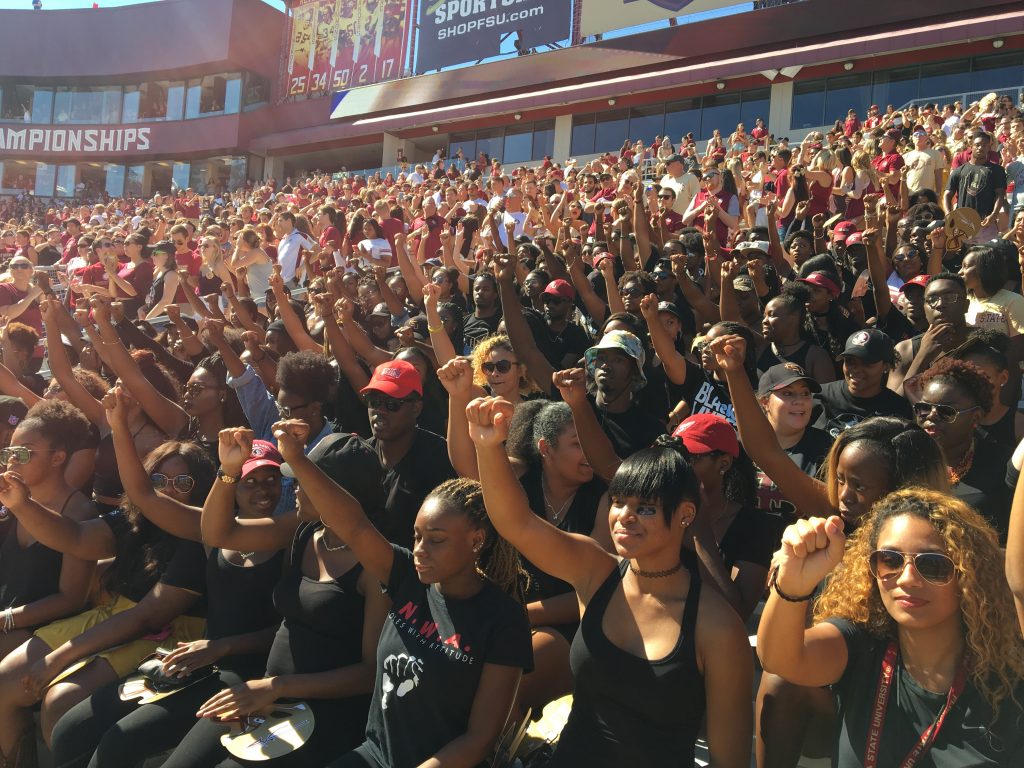 Colin Kaepernick, quarterback of the San Francisco 49ers, sparked controversy for refusing to stand for the national anthem before a game in August. In order to make Americans aware of the injustice and discrimination minorities face, Kaepernick has continued to sit during the natonal anthem before all 49ers games.

Florida State students Marvel Joseph, a sophomore, and Joshua Baerwald, a junior, were inspired by Kaepernick’s actions and organized a demonstration of their own. Joseph and Baerwald were able to gather more than 150 FSU students to dress in black and remain seated for the national anthem. The goal was simple: to make the voices of minorities heard. “This is the land of opportunity, but you have to meet a certain criterion”, says Joseph.

Despite his utmost respect for veterans, Joseph simply stated that he does not agree with the national anthem and cannot bring himself to stand for a song that is not inclusive to every American citizen. As recent events in society have shown, many unarmed African Americans have been killed at the hands of police brutality. Instead of justice being served, police officers are offered paid leave and acquitted for their actions. 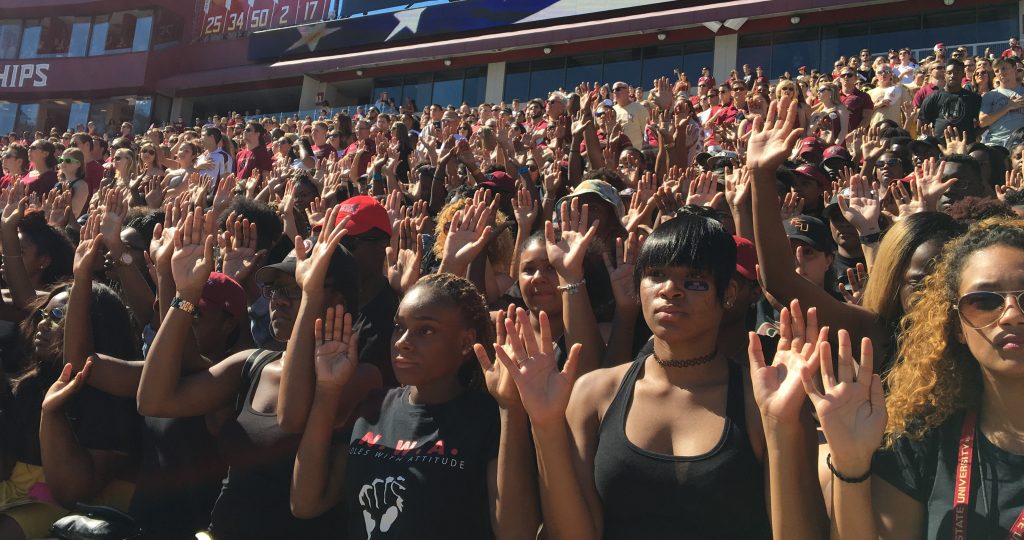 Although Joseph and Baerwald do not agree with the anthem, the two students took initiative and made sure their demonstration was respectful and a safe space for those who wanted to join. Ahead of the game, the FSU Police Department was informed and an officer was sent to stand guard near the demonstrators. The two went as far as not classifying their act as a protest in order to disassociate their act from negativity. They prefer their actions to be referred to as a demonstration of freedom of speech.

While the students who partook in the demonstration sat silently, some were met with opposition from surrounding game goers. One student was told that he did not have any respect for the country by sitting down for the anthem. Another student recalled a man with a “Make America Great Again” hat pointing to it as a way to symbolize his support for Donald Trump and his distaste for the demonstration.

Regardless of the disapproval of some regarding the demonstration, Joseph and Baerwald are planning to continue sitting for the national anthem and expressing their First Amendment Right with their “fellow ‘Noles”.