Neighbors & Friends is bringing a UF student to its cast

We spoke with the show’s producers

With the trailer reaching 400k views in three days, Neighbors & Friends, a reality YouTube series based in Tallahassee, went viral last fall. The show covered the Olos, a popular friend group at Florida State, and their regular debauchery in their college town.

You either hate them or hate to love them; but regardless, Neighbors & Friends is back with a second season. Even better, they now have a newcomer to the cast– UF's very own Tom Walker.

I’m sure you’ve been asked this so many times, but what was the whole motivation for the show?

YR: The motivation of this show was originally MTV’s Siesta Key, and it's mutated since then. My friend Juliette Porter is the star of the show, and I figured me and Bosse could do it better. Basically, we aimed to be the anti-Siesta Key. No lines, no cringey romantic scenes– just straight unfiltered content. I feel like with so much fake shit on the Internet these days, people definitely gravitate to the real. We don’t hold back, and we try to show the true side of college kids today.

Quick recap: where did the last season leave off?

The last season left off with the Olos all split up before Thanksgiving break, after a wild week of partying, hooking up, fighting, and eating at restaurants. 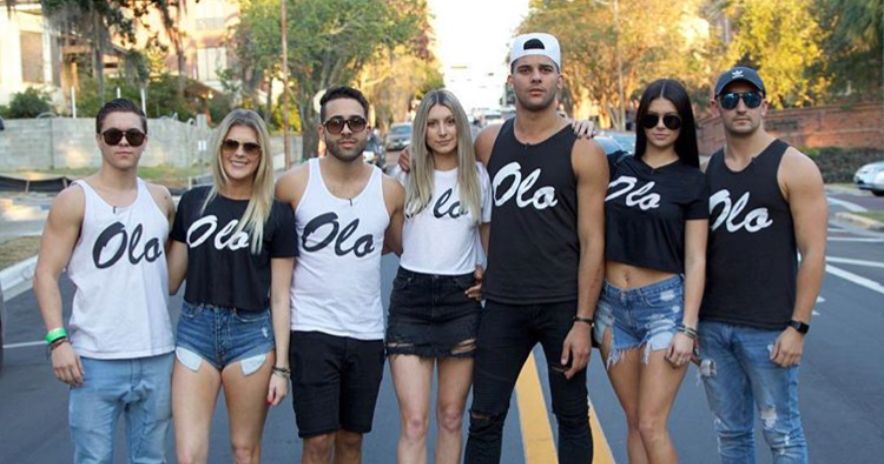 What would you say is the general reaction to the show?

I’d say all in all the reaction was generally positive. It was very impactful and proved the point we were trying to make. For the circumstances of how low budget and unexperienced we were going into the project, it’s really amazing what we were able to do. We got over 1,000,000 minutes watched on our first season in under two months, and we built a small cult fanbase. So, the reaction was was pretty good.

Was it at all anything you’d expect?

So you’ve mentioned bringing a UF kid in the new cast. Any details on him? Is he an Olo too?

Yeah haha, his name is Tom Walker, but the girls calls him Daddy. Hated by some, loved by some, known about by many. He is not an Olo, and I’ll address that now.

The “Olo friend group” is not going to be a part of the new cast. In the new season, the cast is going to be all strangers to each other, opposite from season one where they were such a close-knit group.

Based on the reactions in the past, how do you think the UF community is going to react to having someone from UF in the cast?

Obviously in every scenario like this, you're gonna have your haters. But honestly, I think people at UF will watch the show, rooting for Tom because he is representing them. Even if people watch to root against Tom, it’s still someone repping UF and pushing that school, and I really think people will fuck with that.

I’m sure you know that some people aren’t the biggest fans of the Olos. We saw that Madison Social subtweeted Neighbors & Friends, what was the general response to that?

It was just a bunch of people crying on Twitter. News flash: everyone talks like that in college. It’s like, we had a private conversation, filmed it and it happened to be at your restaurant. No such thing as bad publicity though. Retweets equals views, so thanks MadSo, love your beergaritas.

Would you say that there’s any major backlash since filming?

Yeah, but it was only because of when we shot the show. The timing of the show was unfortunate because of all the negative events surrounding FSU that happened prior to the Greek Life ban. The Tallahassee community sort of took us shooting the show as us being opportunistic and insensitive towards the situation. We had started planning the show the second week of October, so we weren’t going to just completely stop what we were doing because some unrelated stuff happened. I wouldn’t even say it was major though; we still successfully released the whole season of the show, so that's a win to us.

What are the Olos up to next? Any plans for spring break? Anything we have to look forward to watching?

Season two. Everything is changing. New location, new cast. The only person coming with us from the original cast is Moe. We saw how the interactions between close friends in a house were, so now for the spring break edition, we wanted to see how complete strangers will behave, stuck in a huge house in Fort Lauderdale during spring break. Four girls, four guys, six different schools. [We're] excited to bring all these new personalities together for the next chapter of our series.