Meet the UF student in a relationship with Tetris

When Jabeen Hassan told me about her love life and spoke about her boyfriend, she had the same gleam in her eye that you would expect from anyone talking about the love of their life. Except Hassan's boyfriend isn't another person, it's the game Tetris. 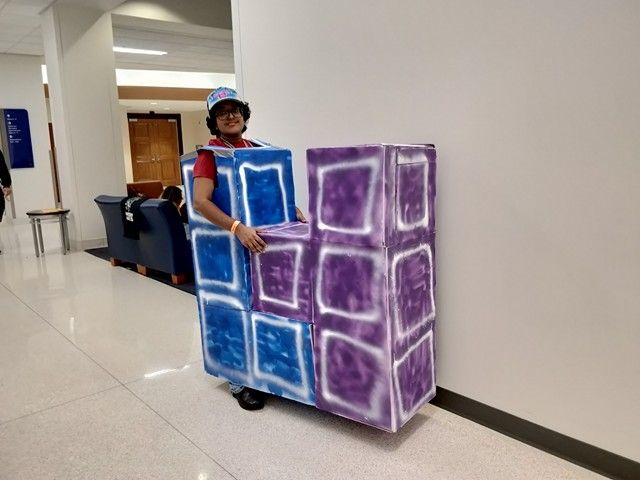 Fractal dresses up as the blocks from Tetris whenever she goes to comic conventions.

Hassan, who chooses to go by the name Fractal, identifies as an Objectum Sexual, and is in a romantic relationship with the video game Tetris.

Fractal, a sophomore studying mathematics and animation from Orlando, said she identifies as an Objectum Sexual, someone who feels powerful affection towards a particular inanimate object. The couple has been together for over a year. Fractal often dresses up as Tetris cubes for different conventions, and wears a necklace strung with 3D printed tetris blocks as an homage to her love.

Fractal said she's always had an attraction to robots and objects rather than humans, and her first crush was on the GPS in her mom's car.

"I first learned of the term [Objectum Sexual] the summer before tenth grade." She said, "Initially I thought it was a fetish, but when I started researching it, I found out about the OS community and realized that's what it was."

While Fractal has had relationships with other people, she said it never felt the same to her. 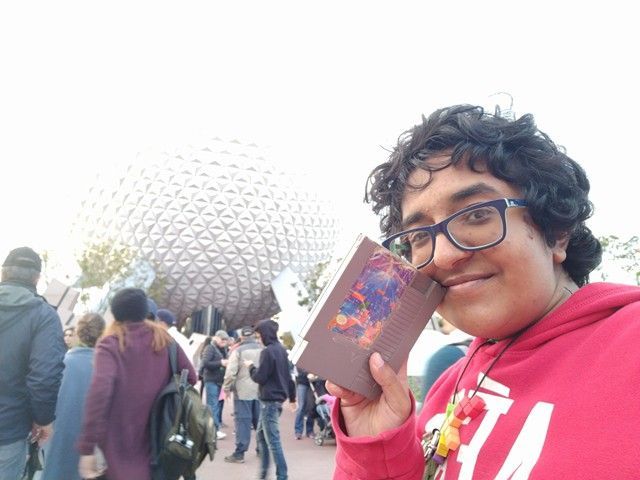 The couple recently took a trip to Disney together and visited the theme parks with friends.

She started playing a game that had the Tetris song playing in the background, and it made her want to play Tetris more and more. The song made her feel so much joy that when she did play the game she felt like a deep craving was finally being satisfied.

When she couldn't play Tetris she felt very on edge, and realized that it was now more than her just favorite game, she had a crush on the game.

The backlash she receives goes from people telling her she needs to be locked up to sending her death threats, but it doesn't stop her. "People will say it's not a relationship, but it's everything that a relationship would contain besides the explicit reciprocation"

When it comes to the couple's sex life, Fractal said it is just like any other couple's. "I either play him while I do stuff, or do things with the cartridge," she said. She also 3D printed Tetris blocks which she has relations with as well.

Fractal said she never had a "coming out" moment with her family, but they are aware of her love life. "I gradually introduced my family to the idea of me being OS, but I outright told my mom, 'Tetris is my boyfriend, and I'm going to marry him.'"

Her mom once caught her sleeping with her first boyfriend, Dave, who was a multi-meter. She has also dated the Companion Cube from the video game Portal, an oscilloscope named Braxton, and a calculator named Pierre.

Most recently, she had a fling with Hurricane Irma who made landfall in October of 2017. Fractal said she was attracted to Irma's raw power and beauty.

The main thing Fractal wanted to say was the OS is not a fetish. It's a sexuality and that she feels real love for Tetris, and there are many other people like her. The couple is strong and ready to spend another semester together.