‘Word got out that [Lenio] spoke about wanting to shoot and kill children and that was the last straw for me.’

Scott Kelley Ernest spoke exclusively on living in the same Montana community as Richard Spencer, leaving the white nationalist movement, coming out as LGBTQ+ and more.

The 39-year-old currently resides in Tampa where he attends USF as an undergraduate student. Ernest reached out to The Tab after reading the previous article that made international headlines where we asked Spencer how it felt to get punched in the face on camera during his speech at UF.

I was born in Flint, Michigan. I moved around a lot and have lived everywhere from California, Florida, Tennessee, Ohio and Louisiana. I'd say my family was mostly liberal and I considered myself a moderate.

How old were you when you joined the white nationalist movement? What prompted you to do so?

I was 26 when I became a white nationalist and it all started with the Internet and web searching. I stumbled across an antifa blog-like forum, and on that forum, the organizers orchestrated the "Prussian Blue" project. This guy put the home address of 12- and 13-year-old girls and encouraged black men to rape them. I was disgusted and contacted the authorities. I later got to speak to the mother of one of the girls, April Gaede, who coerced me to channeling my disgust for the situation on the black race in general.

Were you apart of any organizations or groups for white nationalism?

Yes, I joined "Pioneer Little Europe" at Kalispell, that was the location in Montana and began my job as a facilitator for the movement. I became an avid writer. In fact, I had over 50,000 posts across a variety of these white nationalist forums, blogs and other Internet platforms.

How close were you to Richard Spencer? And what were your views on him?

Well I moved to Montana seven years after becoming a white nationalist to a city called Columbia Falls. Spencer and his wife, Nina, lived about eight miles in a nearby town called Whitefish. I moved to Montana because there wasn't many people there. It was small. People knew each other. I never got to meet Spencer myself but I knew the guy through mutual friends, never had a thing for him from the start. April Gaede and some roommates of mine have had dinner with the guy but there was always something off-putting about him so I took no interest. I was Facebook friends with his wife, Nina, whose personal posts generally just consisted of not caring what people think of her or her husband.

What made you want to leave the movement?

I was getting fed up with the people I was surrounding myself with. I found myself 99 percent of the time arguing with my fellow peers. Then it was 2015 when April Gaede recruited white nationalist David Lenio. I was already on the fence with the guy. Then word got out that he spoke about wanting to shoot and kill children and that was the last straw for me. I am not about hate or violence toward any other and that seemed to be their main initiative.

Did you receive any backlash when you dropped out?

Here and there, but I remained acquainted with a few white nationalists up until Charlottesville happened. I deleted every single one of them from my life. They'll shit post a bunch but I enjoy trolling them.

What actions did you partake or participate in as a white nationalist?

Nothing too crazy really, I'm kind of one of the boring ones. I never went to protests and rarely went to gatherings because I knew the type of people who go to those things and I had opposing thoughts to a lot of their ideas. I definitely enabled a lot of things. I feel my writing was impactful and got a lot of notarity. Technology over the years has made it easier and easier to get these things out there now. Especially now that it's not just limited to white nationalist online platforms but is expanding to Twitter, Facebook, Reddit and 4chan.

Would you say there is a decrease or increase of people joining the movement?

I'd have to say there's an increase in millennials joining and a decrease in the older people. Not sure if that's because of the accessibility of emerging technology that younger users are using as resource but I've definitely noticed that trend.

Well I go to school at USF now, and in addition I try to help others leave the movement. Whether it's someone's son who is in it, or if someone is thinking about joining, I try to lead them in the right direction. I also came out as polysexual or a gynophile, a branch of the LGBTQ+ community that sexually orients toward femininity. I'm also constantly trolling the alt-right on social media, it's pretty funny. 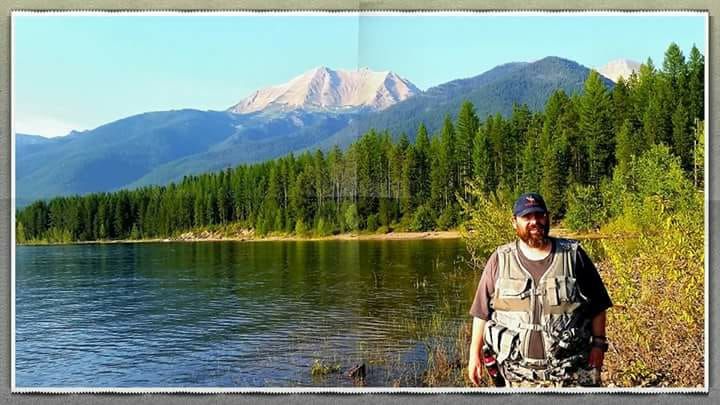