He called it Cinco de Milo

Last night, in what he called an “abandoned cocaine mansion” in Miami, Milo Yiannopoulos, disgraced provocateur and professional troll, decided to stage his comeback. Promising strippers, guns, exotic animals, and instructing guests to “dress wildly,” we accepted his invitation and stepped into Milo’s mad world. 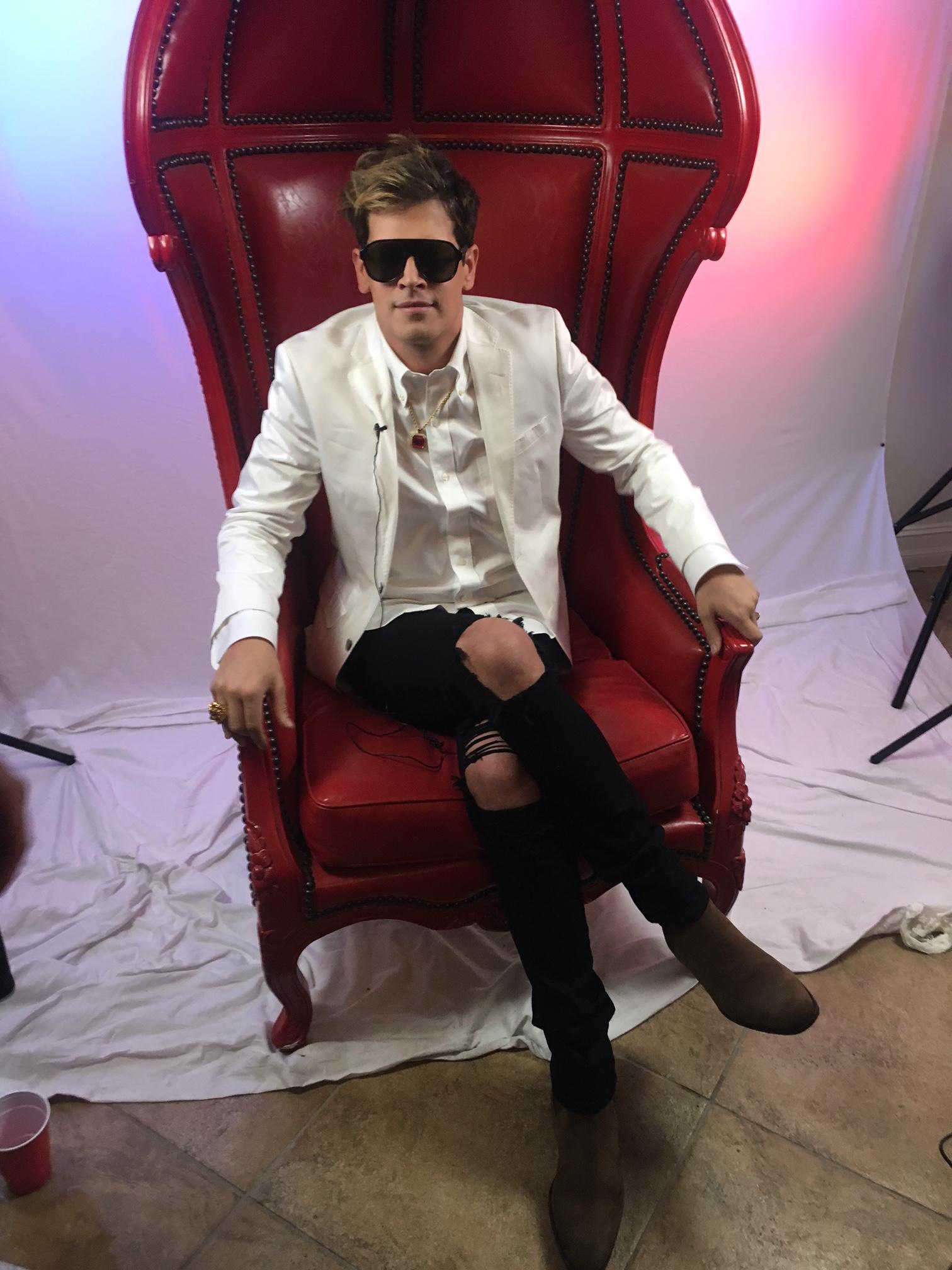 Around 200 guests – college Republicans, hired dancers, a gigantic snake, and veteran political consultant Roger Stone – were packed into the house in downtown Miami. It was a lot to take in: neon lights, MAGA hats and an ice sculpture in the shape of the letter M. The party started at 7:30 and everyone waited to fawn over Milo when he was scheduled to appear two hours later. 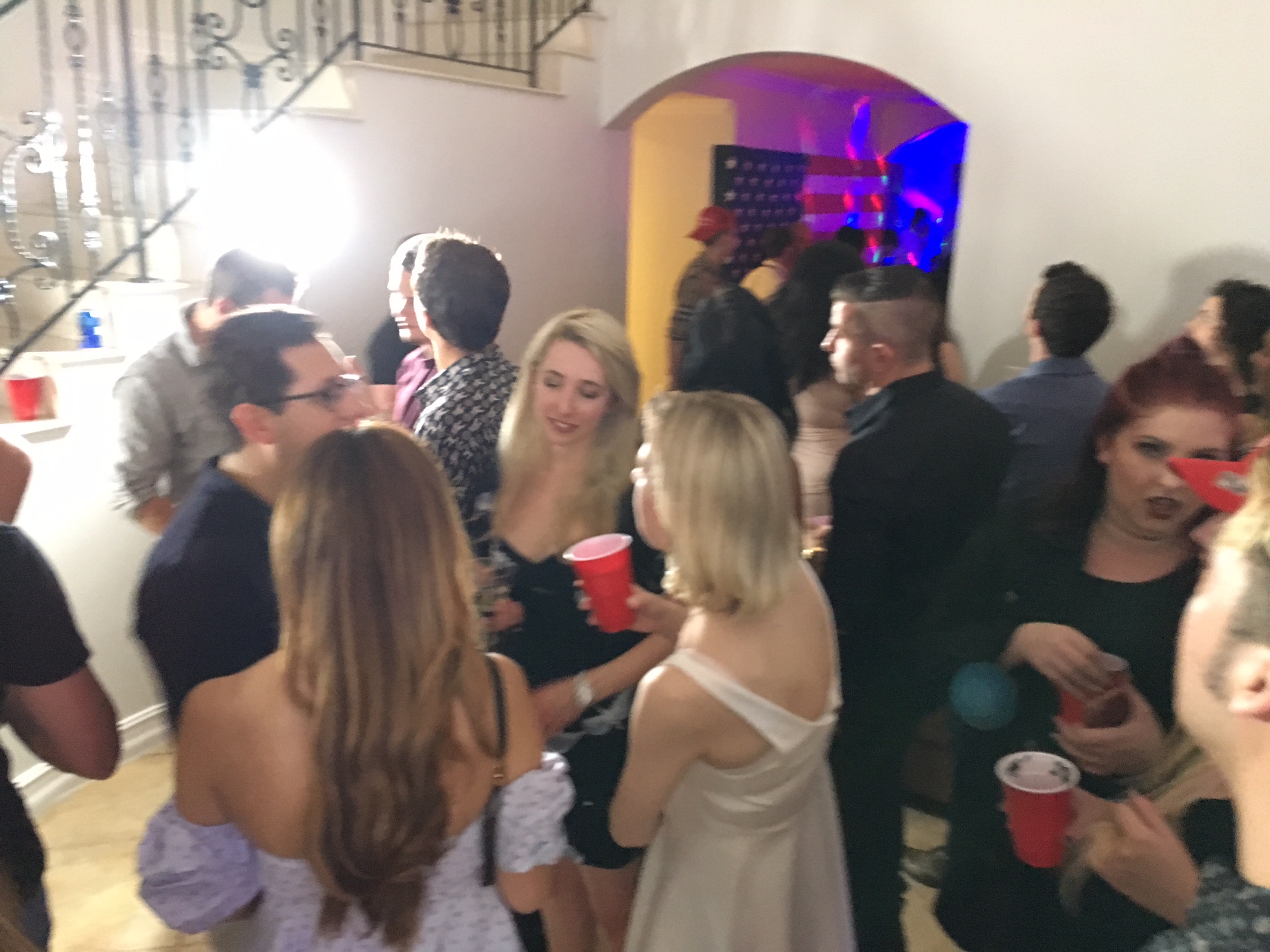 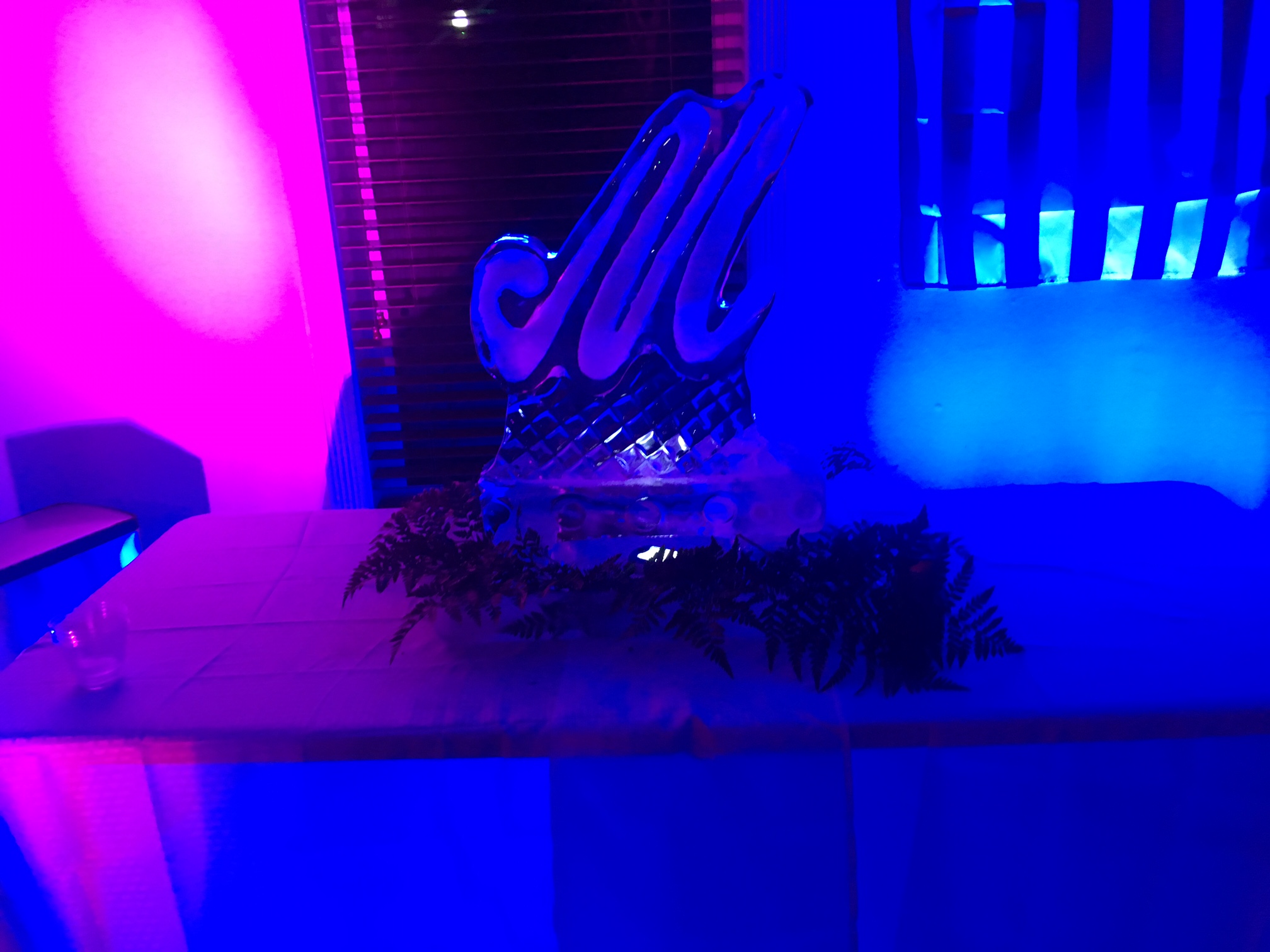 Characteristically late, he stepped out to applause, dressed in white, with a snake around his neck. 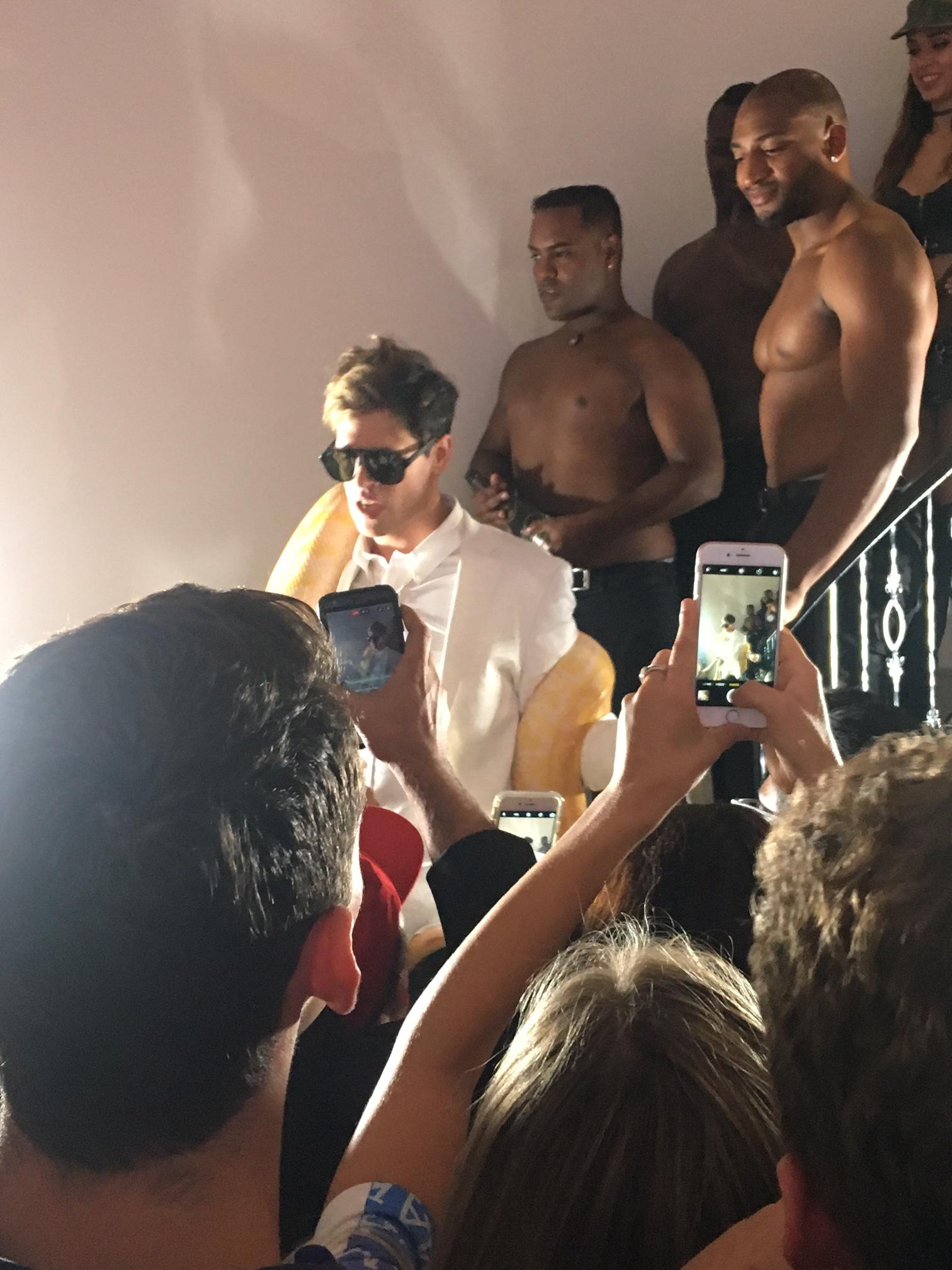 Some highlights from his speech were his claims of raising $12 million for new ventures since his fall from grace, that he was starting up Milo News, and that he was planning to sue Simon & Schuster for $10 million dollars for dropping his book. Chants of “lock her up”, “fake news” and “build that wall” rang out through the house. 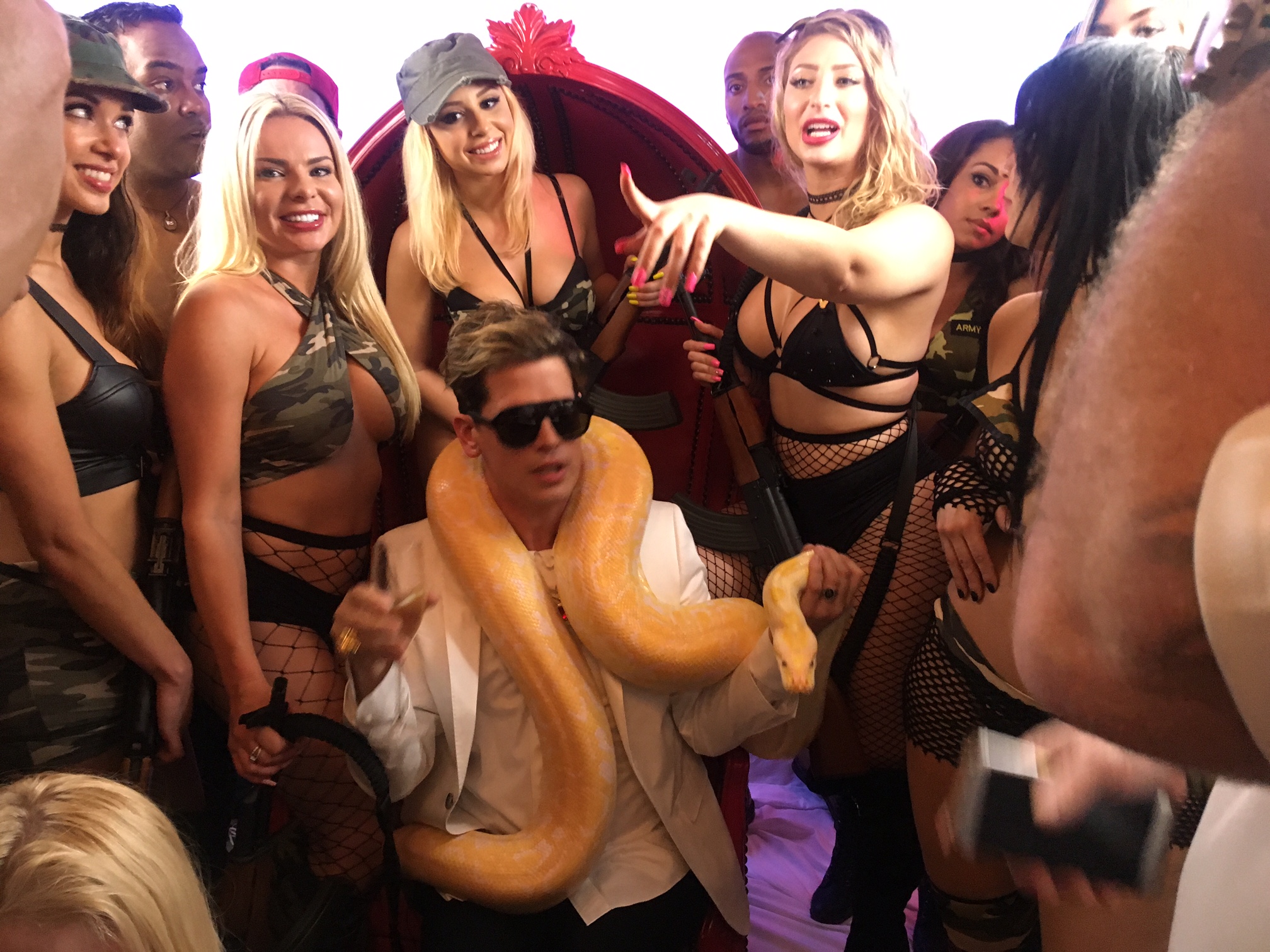 Milo came down and took a few pictures with fans then ran back upstairs to change clothes, because it was about 100 degrees in that house, and didn’t come back down for another 20 minutes. At which point he walked around the party, his minions following him, taking selfies, as they told him how much they loved him.

One notable Milonian (is that what you call them?) stood out. Clearly in awe, he started off by saying “Wow, that is a beautiful…” and I honestly thought he was going to say man, or jacket, or something along those lines, but finished it off with the word “snake”, and I couldn’t help but agree with one person at the party, even though I’m not a reptile person myself. 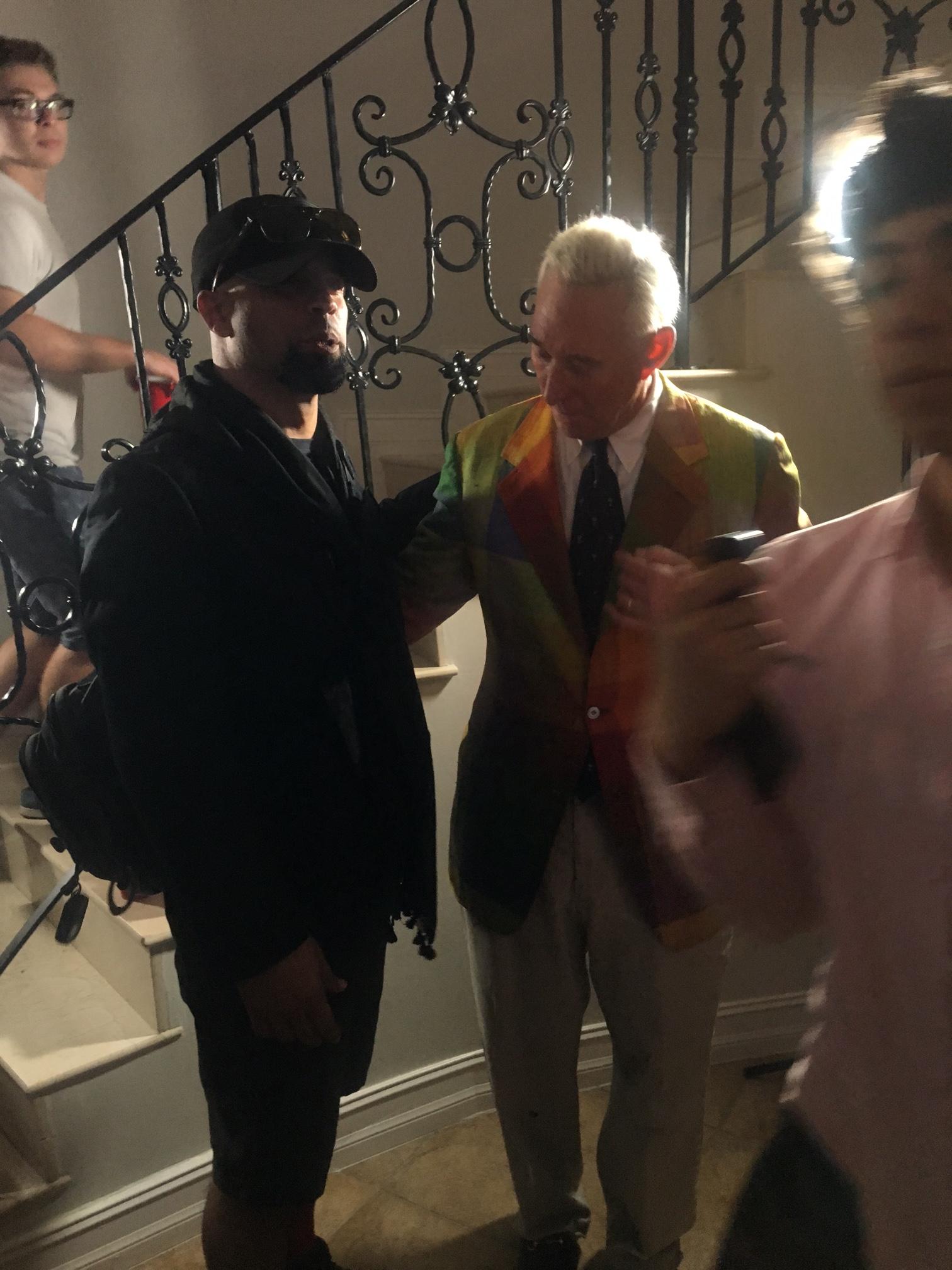 At this point, we spotted Roger Stone – a Republican political operative who used to advise Richard Nixon and has been one of Donald Trump’s closest political mentors – walking around in a plaid blazer. He was standing on the dance floor greeting young college Republicans, and so we said hey and asked to see the famous Nixon tattoo on his back.

“Of course!” he said, and took us outside to show us. Roger Stone, as he undressed, explained that it “hurt like hell” to get done. He asked if I had any tattoos, and then said he was planning on getting Reagan and Trump inked on his back, like a nightmarish Mount Rushmore. 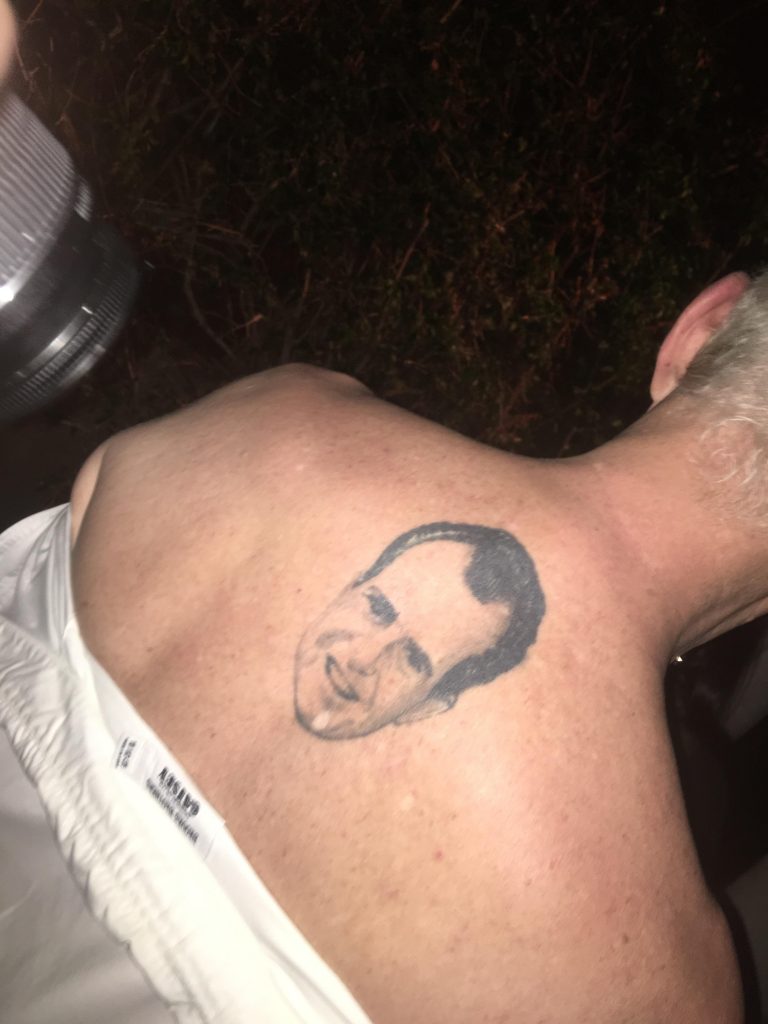 Back to Milo. After one failed attempt at getting an interview with him, I stomped up to the man of the hour and said “Come on, let’s go get this interview done!” and he complained that I was taking him away from his 200 adoring fans. “If we do it now I promise I’ll quit harassing you,” I told him. He giggled and said: “Oh love, you can harass me all night.” A condescending look, and he grabbed my hand, leading me up the stairs into VIP and it was interview time. 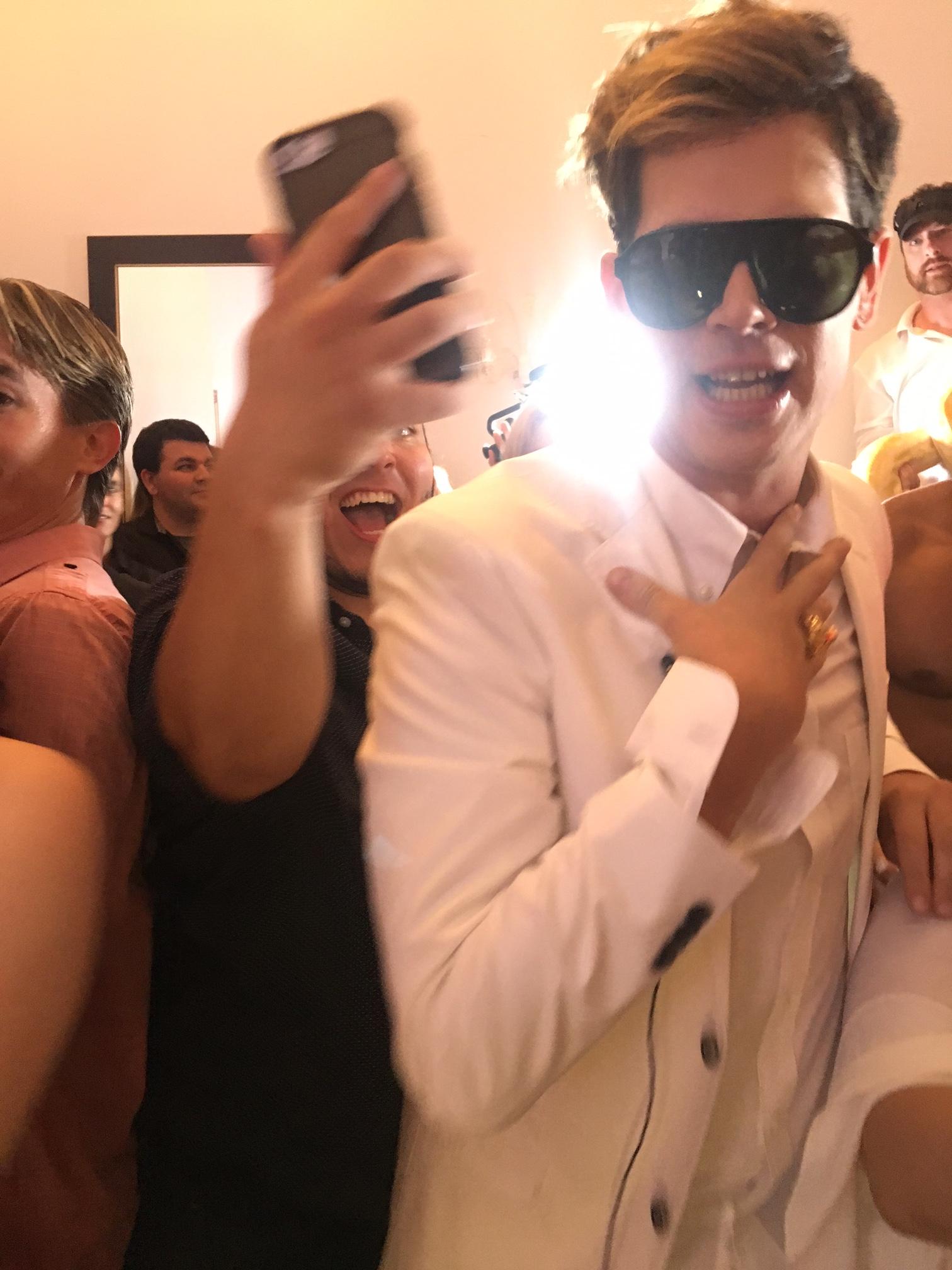 It started with him refusing to take his sunglasses off (“They keep me mysterious!”). I told him he wasn’t mysterious at all, part of his whole image was being transparent and saying what he thinks. But hey, the man is a walking contradiction and said he enjoys wearing the sunglasses at night because it annoys people, so I just went on and let it not annoy me.

On to the elephant in the room. Milo’s book was canned and he lost his job at Breitbart amid a pedophilia scandal. How did it feel to have such a slump?

“I wouldn’t say I had a slump,” he says. “I would say it was more of a hiccough…I said something I didn’t mean and I apologized for it. But America wants someone who is contrite who says something they didn’t mean and apologizes for it and comes back fighting. America has obviously embraced me and I think with far more resources than I’ve ever had before, I will be able to fight the forces of political correctness and language policing and it’s going to be a very powerful thing.” 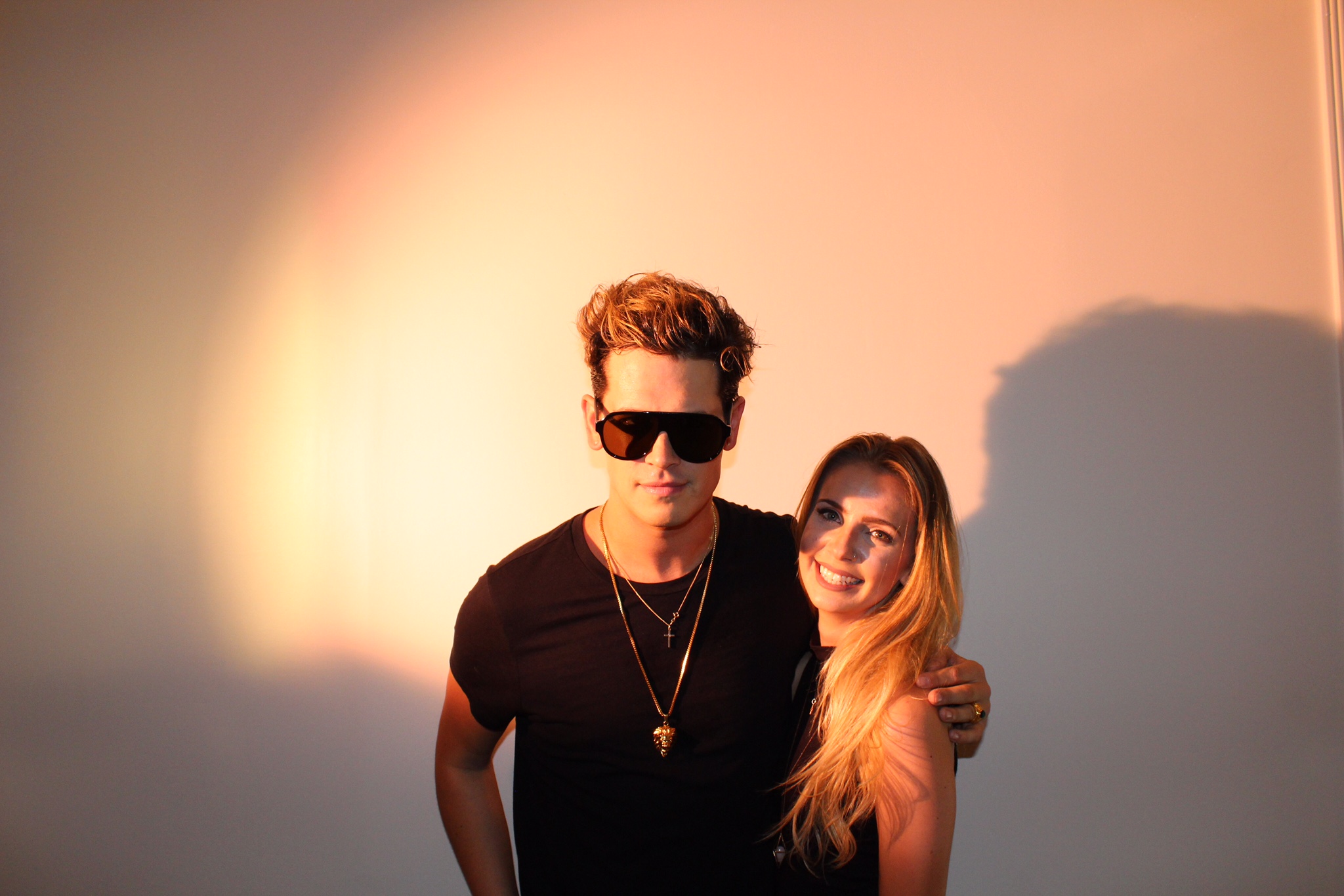 In regards to Milo Inc, he claimed it is a new vehicle for his tours, speeches, and books. These books from Milo Inc will be from authors of conservative, libertarian, dissident, and mischievous views. He even claimed they might be publishing feminist books too, because, as he says, the forces of political correctness don’t like a lot of feminists these days.

He said he plans to make money through the tours, books, and merchandise, and when asked if he had any fans left, he said that young conservative America is behind him.

This is the world according to Milo. He explains all this, and I ask him again to take off his sunglasses and give me an honest answer as possible. You can’t go through what he did, I say. You can’t lose a job, be accused of condoning pedophilia, have your book pulled, and tumble from grace like that without it having an effect on you. Even if one of your common mantras is “Fuck your feelings.”

Milo responded: “You need to have skin as thick as six houses. Sure it was a bad day, but it was just a bad day. And if you allow that to consume you and don’t get back up on the horse and start fighting, then you are what they say you are, you are a loser. It was a shitty 24 hours, I won’t lie…but I shook it off and said let’s raise some money and let’s fuck them up.”

In the end, he said that he is going to continue to annoy people as much as possible. 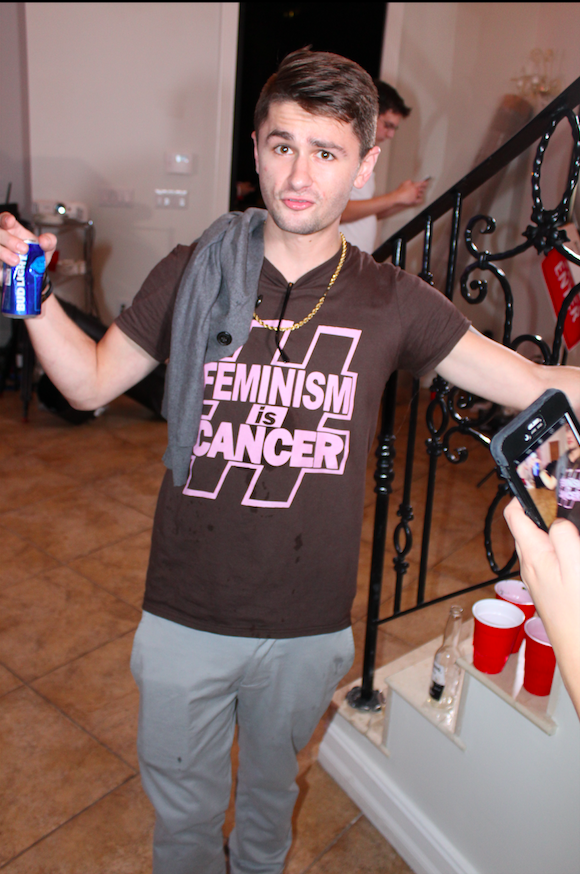 ‘I’m not a misogynist’

We left the party shortly after the interview. Milo’s producer Matt, was super helpful to me all night (shoutout to Matt, he gave me a spare SD card when mine ran out of space) and we said a quick bye to him.

We were waiting by the door, savoring the last of our iPhone juices before we ran to the car to recharge and head home. The party was dying down, and as we stood there minding our own business, a kid clutching a Bud Light walked up out of nowhere and told us we were beautiful. OK cool.

He then said: “Oh don’t worry, I’m not a misogynist.” We looked at him properly and noticed his “Feminism is Cancer” shirt. He added: “You’re not like Amy Schumer and Lena Dunham, because they’re gross feminists, but you guys are good looking.”

We said our goodbyes, leaving the snakes and the strippers behind us.