Family raises over $18,000 for UF student who was paralyzed from the chest down in swimming pool accident

Jack Massey was paralyzed after back flipping into a shallow pool

UF junior Jack Massey was paralyzed from the chest down after back flipping into a shallow pool on March 17.

According to NFW Daily News, he was with his roommate at their friend’s apartment complex when he was injured. His roommate told the police that after the accident he couldn’t stand or swim.

His father, Lance Massey, said, “The blessing was, obviously, that he didn’t die. He didn’t damage his brain. I guess the Lord was looking over us.”

Jack broke two vertebrae and has no feeling from the chest down, but he can still breath normally and his father said that he has “some use of his arms.” 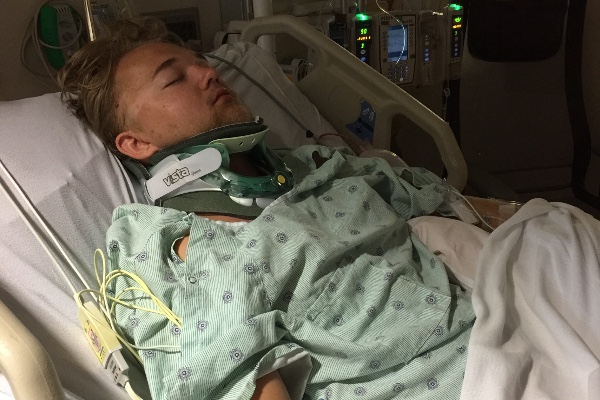 Jack Massey, lying in the hospital with a supportive neck brace. Picture from the GoFundMe page.

He was taken to UF SHANDS Hospital right away and on March 24, he was transferred to Atlanta. The same day his family started a GoFundMe campaign to help with the expenses their insurance doesn’t cover.

In the description the family stated:

“Thanks to the efforts of his friend, George, who rescued him from drowning, Jack is alive and moving forward as he recovers and looks to the future. Thanks to nuerosurgeon Dr. Seth Oliviera, and the nurses and physical therapists in the neuroscience intensive care unit at Shands Hospital in Gainesville, FL,  Jack was successfully transferred to the world renowned Shepherds Rehabilitation Center in Atlanta on March 24th. Words cannot express the gratitude for the access Jack has had and will have to the best-of-the-best in medical care.” 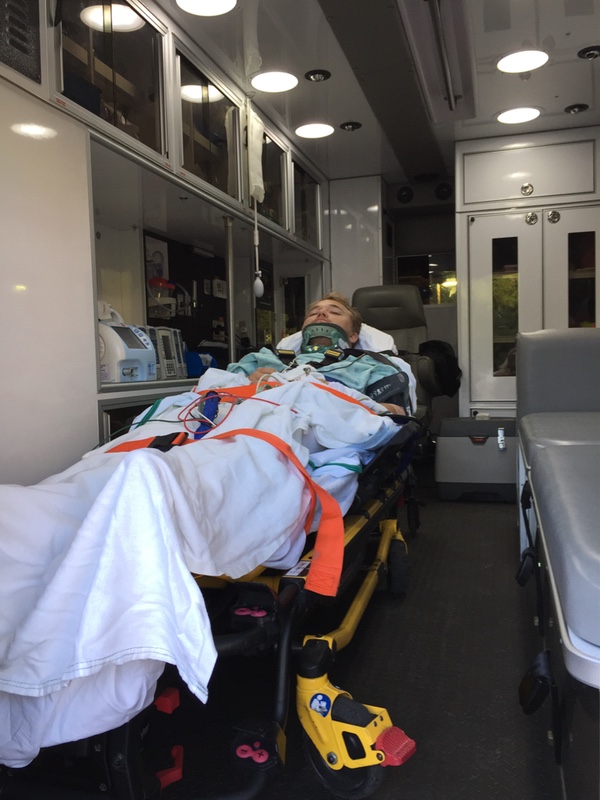 Jack Massey strapped to a gurney. Picture from the GoFundMe page.

In the last three days, over 150 people have raised $17,955 towards the $25,000 goal. Right now he’s going through intense physical therapy and needs help eating, but can “hold utensils with a thick grip” and “has feeling from the mid chest and up.”

“God Bless you Jack. You’ve got so many people praying and pulling for you. You’re going to get through this and be so much stronger because of it. Looking forward to seeing your smiling face back at the Tau soon enough! We’re praying for you man.” said Will Smyrk, a friend of the family’s.

Our thoughts are with Jack and his family.