UF freshman Tyra Striker found her Black History Month decorations ripped off her door in Beaty Towers on Tuesday. Tyra tweeted a before and after photo of her door saying she was “disgusted.”

Tyra told The Tab UF there was no way it fell down because she had “used duct tape and sticky tape to secure the decoration to the wall.” Her RA has since filed an incident report and sent a floor-wide email letting residents know “racism or any pure act of ignorance would not be tolerated.”

I am disgusted that in 2017 someone tore my black history month decoration off of my door at the University of Florida. #ItsNOTGreatUF pic.twitter.com/wLuKrMLh92

This is the recent act of racism on the University of Florida campus, following racist slurs written on classroom whiteboards and a man seen wearing a Swastika armband.

Tyra spoke with the Dean of Students office and they are planning to take action. The hall she was in had no cameras, however, which is making the process slightly more difficult. However, DOS told her they would “offer some type of diversified training for the floor.” 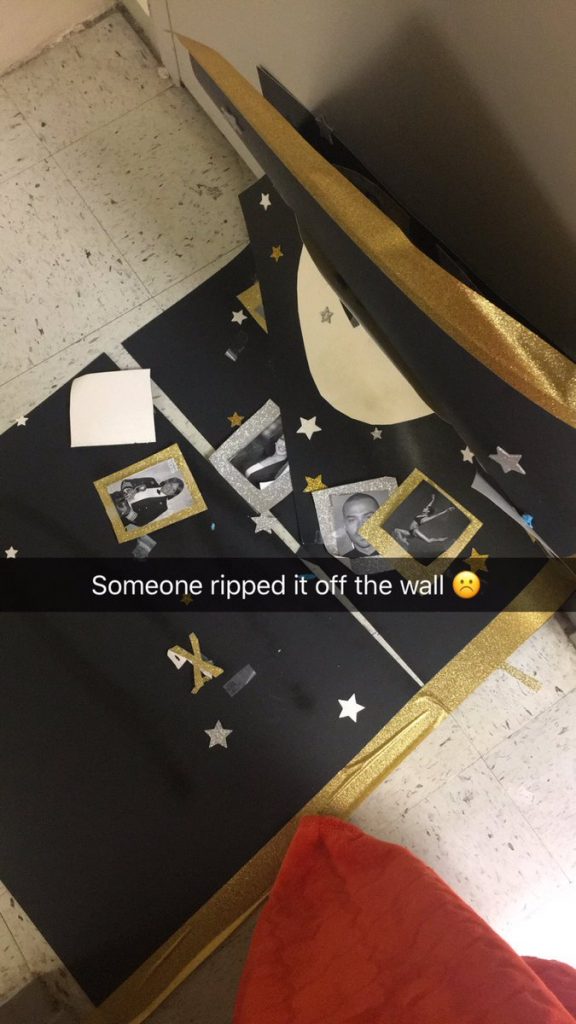 “My purpose of doing the door decoration was to celebrate the excellence and accolades amongst African Americans during this month instead of focusing on the horrific and painful history we went through,” Tyra told The Tab UF.

Despite the rather disheartening situation, Tyra is not letting this stop her from celebrating Black History Month. She said, “As for me, I am okay and I will be redoing the door. My intent was to celebrate the excellence of my people… ignorant acts will not deter that.” 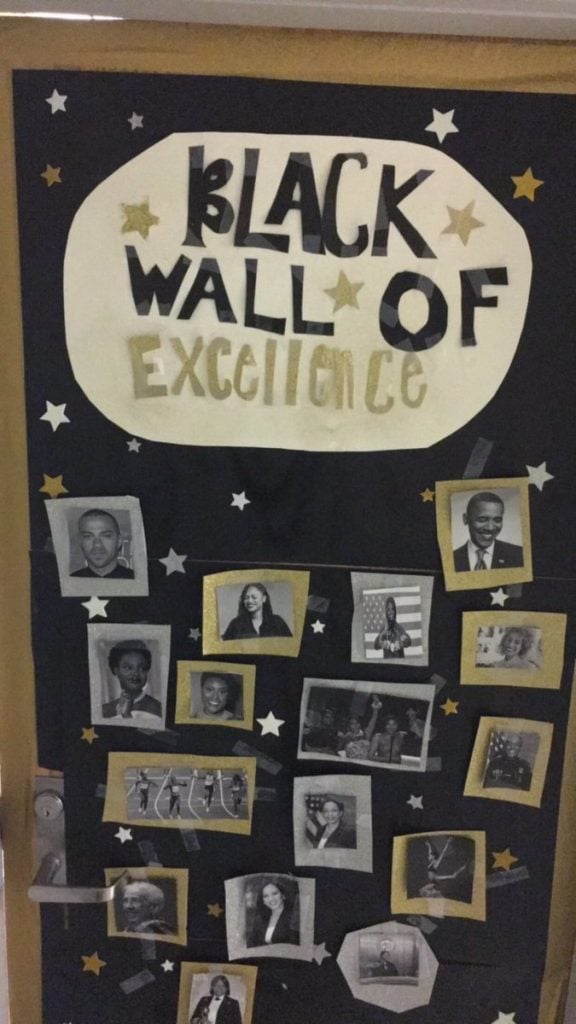 Tyra’s Black History Month decorations before they were torn down

Tyra says she’s using this opportunity to “spread more love and positivity” by redecorating her door in the hope that it “touches more people more than it intimidates.”

President Fuchs has yet to release a statement.