It also writes “We are getting screwed by the ‘Jewish state'”

A man holding up a sign calling for deporting Israeli citizens as well as capturing and murdering Prime Minister Benjamin Netanyahu was sitting at Turlington Plaza today.

This wave of anti-semitism and anti-Zionism on campus is occurring just a few weeks after nazis roamed around Turlington. 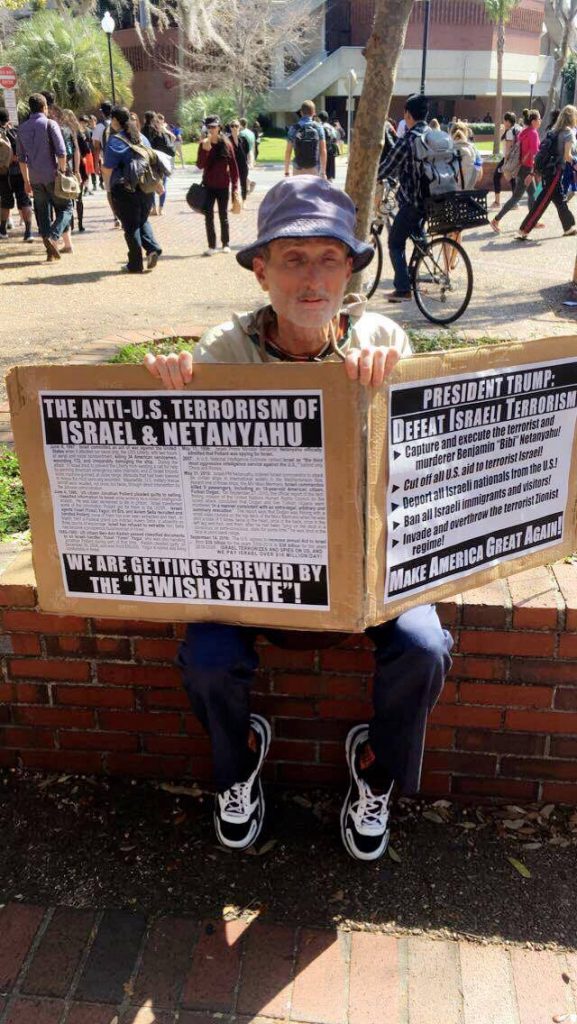 This is reminiscent of the Boycott, Divest, Sanction (BDS) movement that has swept college campuses nationwide. The movement encourages business and institutions to boycott Israel and deem them an apartheid state.

Israel however is not an apartheid state and continues to face scrutiny from the majority of Middle Eastern countries. The United States is Israel’s strongest ally.