BREAKING: Students are protesting at Turlington against Trump’s ‘Muslim ban’

Students are protesting at Turlington right now against Trump’s recent executive order banning citizens of certain Muslim countries from entering the US.

Over 50 students are chanting and holding up signs which read “My family is banned,” “You don’t have to be a muslim to be outraged” and “No to discrimination.” 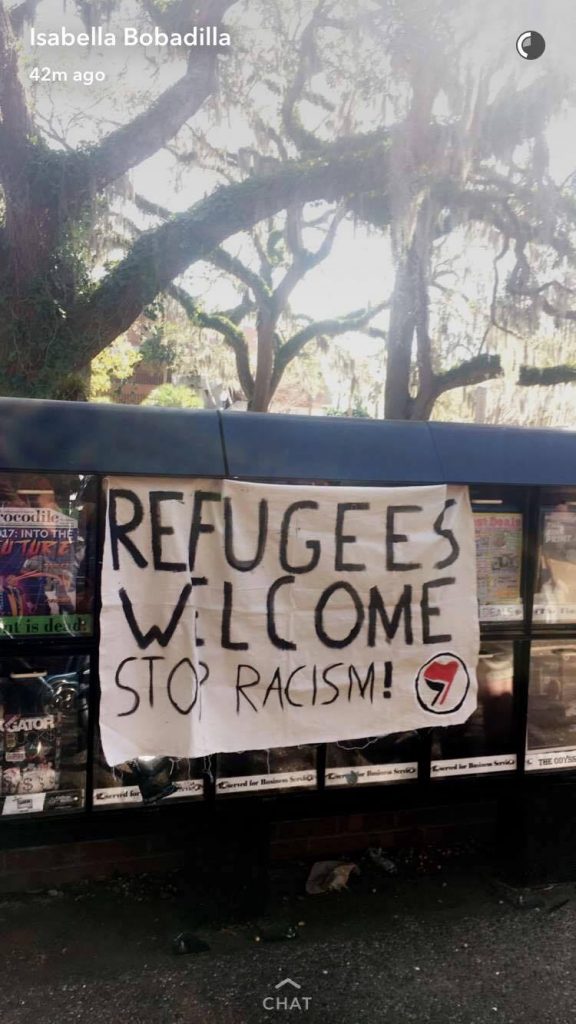 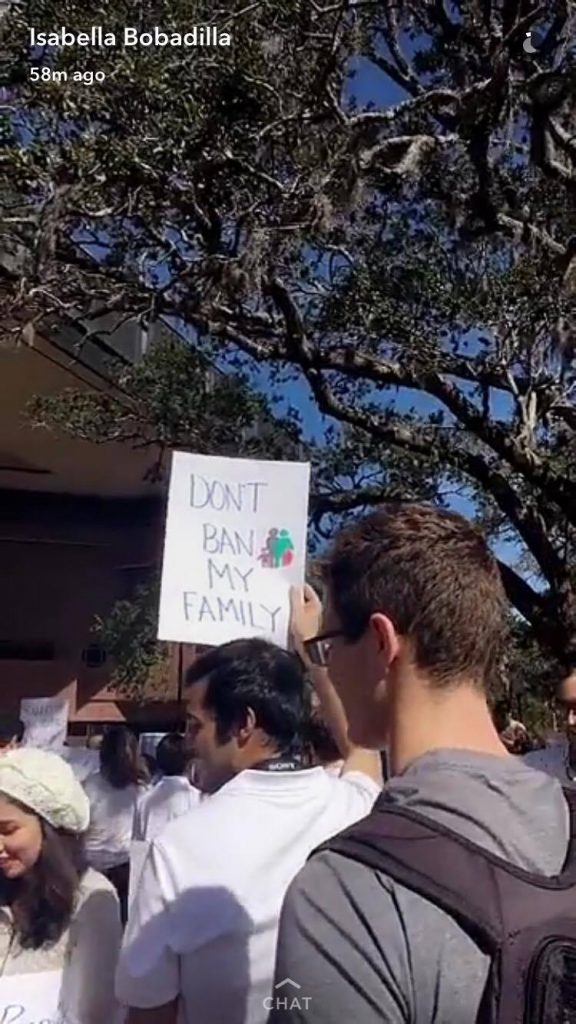 Over 50 students are gathered in Turlington Plaza on the UF campus to protest Trumps temporary ban. @WUFTNews #academicsunited pic.twitter.com/I195sjba8D

Flyers with stories from various immigrant students are being given out. 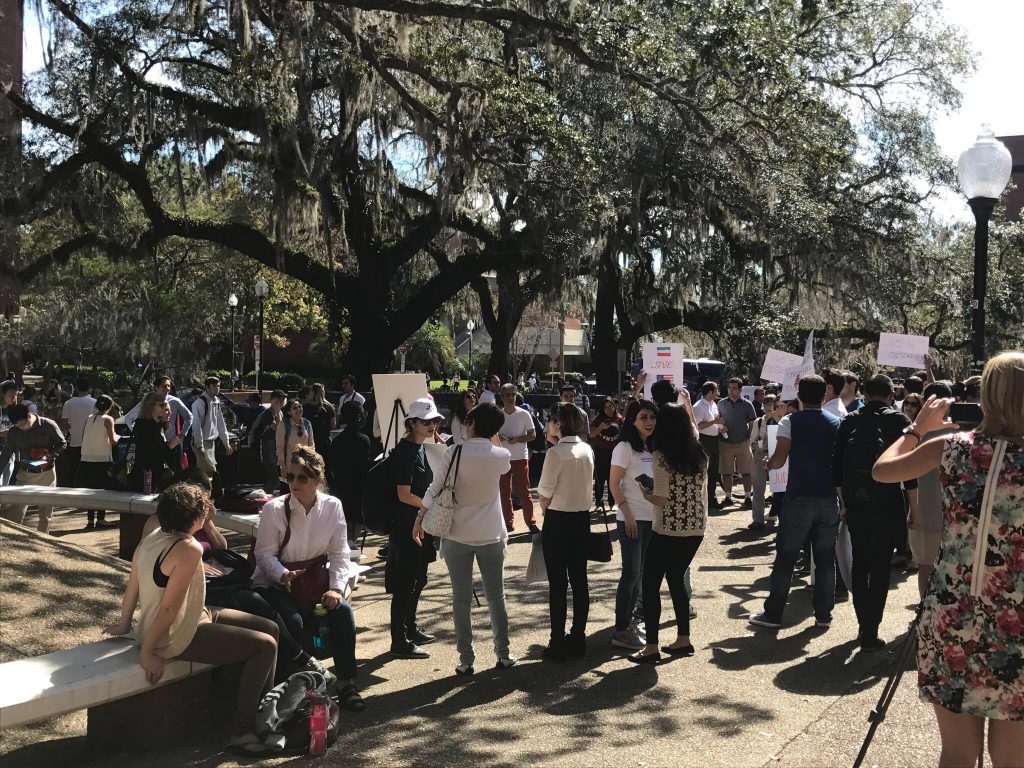 The event was organized by three PhD students as part of a larger nationwide protest. 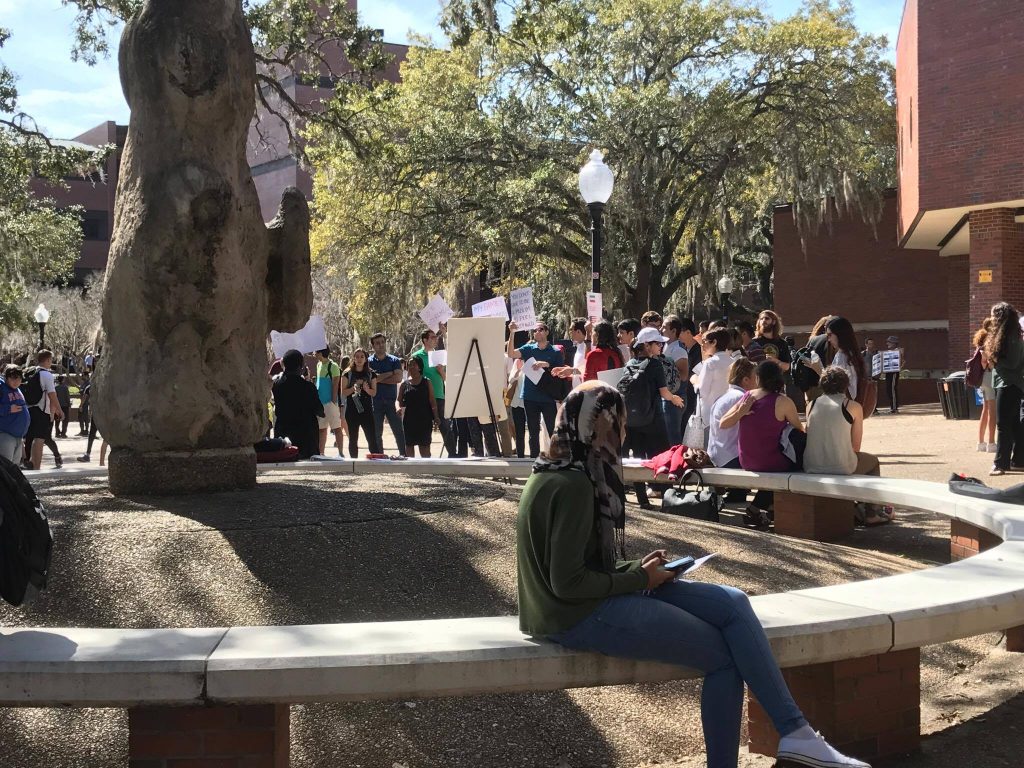 The protest comes a week after of recent petition asking UF to protect its undocumented students by becoming a sanctuary campus was started.