Literally no newspapers have endorsed Trump for President

This year, Democratic nominee, Hillary Clinton has received an overwhelming amount of support with 76 endorsements. Republican Donald Trump, is trailing her…by 76 endorsements. That’s right – he has none. 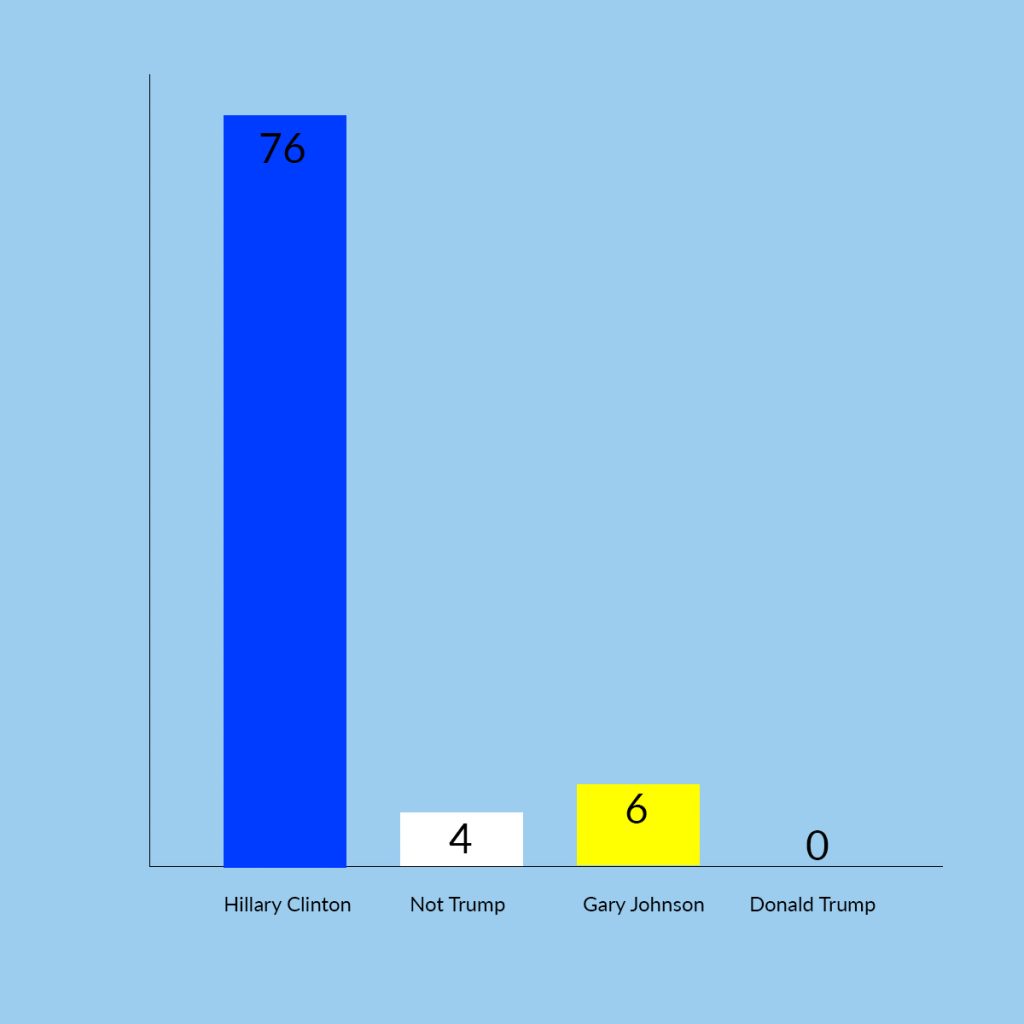 The New York Times not only endorsed Hillary, they even made a point in publishing a non-endorsement, titled “Why Donald Trump Should Not be President”.

The non-endorsement discusses everything from Trump University to Trump’s statements on Mexicans, women, etc.

For the Washington Post this year, considering candidates was not even an option.

“In an ordinary election year, we would acknowledge the Republican nominee, move on to the Democratic convention and spend the following months, like other voters, evaluating the candidates’ performance in debates, on the stump and in position papers.” 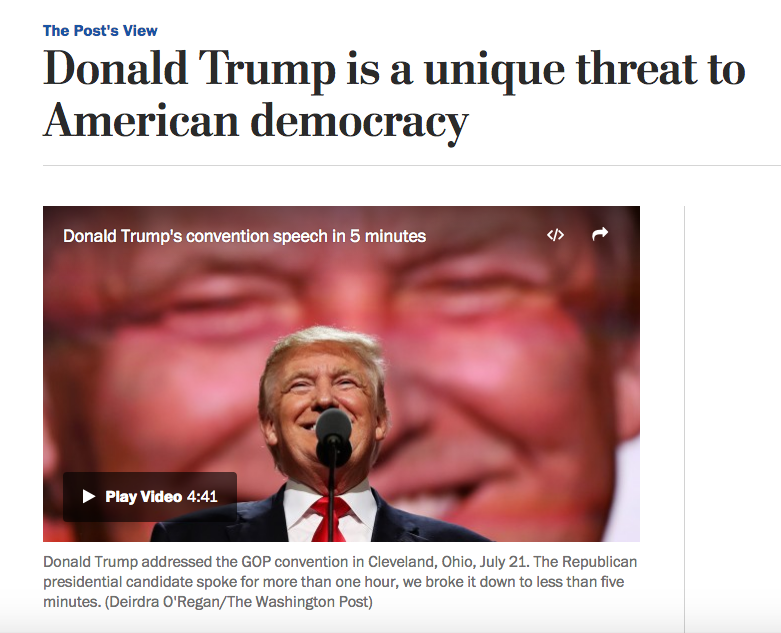 The Washington Post took interest in The Times’ non-endorsement; they note the newspaper’s plea to convert those in the billionaire class who may consider a vote for Trump.

“Any candidate can promise the moon,” the National Review wrote then.”

Even the Dallas Morning News is endorsing a Democrat – the first time they have done so in 75 years. They wrote, “Hillary Clinton has experience in actual governance, a record of service and a willingness to delve into real policy.”

The Atlantic’s endorsement, the third in the magazine’s history, discusses the history of presidential endorsements from Abraham Lincoln to Lyndon B. Johnson. Like most papers, they state that they are impressed with Clinton, and disgusted by Trump.

“We are impressed by many of the qualities of the Democratic Party’s nominee for president, even as we are exasperated by others, but we are mainly concerned with the Republican Party’s nominee, Donald J. Trump, who might be the most ostentatiously unqualified major-party candidate in the 227-year history of the American presidency.” 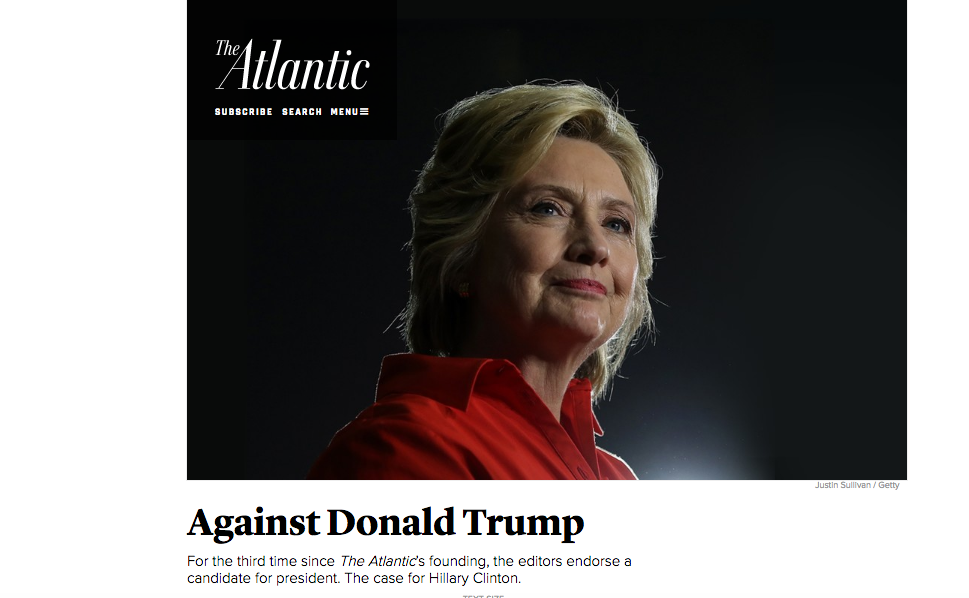 The endorsement published by The Tribune offers an argument for Gary Johnson, though the crux of the argument is essentially “he is not Clinton, nor is he Trump”. Still, they say that Johnson’s values align with the paper’s. The editorial board’s endorsement reads,

“We reject the cliche that a citizen who chooses a principled third-party candidate is squandering his or her vote. Look at the number of fed-up Americans telling pollsters they clamor for alternatives to Trump and Clinton. What we’re recommending will appeal less to people who think tactically than to conscientious Americans so infuriated that they want to send a message about the failings of the major parties and their candidates. Put short:

We offer this endorsement to encourage voters who want to feel comfortable with their choice. Who want to vote for someone they can admire.” 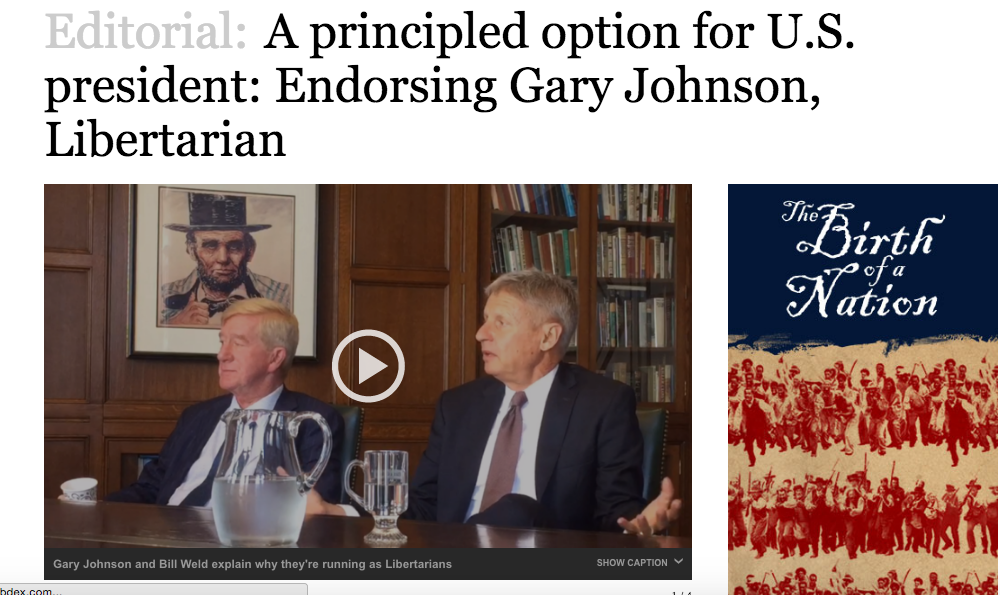 The difference in endorsements between Clinton and Trump is representative of thinkers’ take on the race. Publications that have consistently endorsed republicans refused to endorse Trump, and instead endorsed Hillary.

Some of the reasoning for the endorsements seems to be ‘she’s not Trump’ rather than ‘she is a stellar candidate’, but nonetheless, literally no newspapers think Donald J. Trump should be president.