The agency heads are 100% Greek, but want diversity in the Supreme Court

An anonymous Impact Party senator has come forward, and reported the unethical practices exercised in Senate Chambers, specifically within the Judiciary Committee. The individual came forward to The Tab, said that current senate activity is “not right” and, asked that the events on the evening of April 19th, 2016 be reported.

The University of Florida’s House of Cards-like Student Government is frustratingly reluctant to work as a united front, now refusing to confirm Supreme Court nominees. By refusing to confirm these nominees, the Judiciary Committee would effectively halt all Supreme Court activity until Fall 2016 as the current Chief Justice will be graduating. If nominees, Adam Trumbly and Kenneth Cunnigham, are not confirmed, the court will not have a quorum and thus, will be unable to meet.

Disputes regarding the matter are rooted in claims stating, A) that addressing the Supreme Court nominations were not turned in on time (before 12:00PM) and therefore could not be on the agenda, and B) the current nominees are not reflective of the diversity the Student Government wishes to embody.

The SG codes state additions to the agenda must be made two days prior to the meeting without any specific time mentioned. Additionally, over 20 nominees had been previously confirmed when nominees were added to an agenda after 12:00PM, showing a complete lack of regard for procedure and precedent. 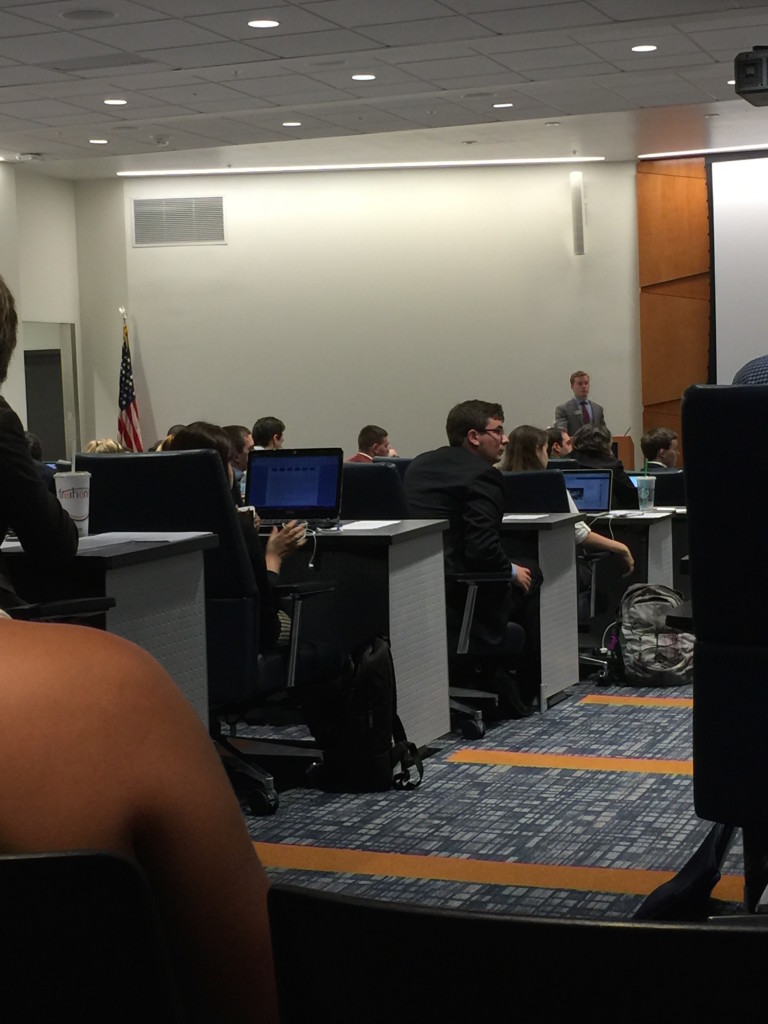 The debate during tonight’s senate meeting

Tonight, at the 7:30PM Senate session, individuals like Ford Dwyer sought to mend the institutional failures within SG. Dwyer, in accordance with the rules, continuously moved to consider the nominations for the Supreme Court, citing violations of several SG codes, and separately moved to discharge the judiciary committee which went unacknowledged.

The other argument made against the current nominees for the Supreme Court is the nominees, both men, were compromising diversity because they would create an all male court. One of the nominees is pursuing a J.D. in tribal/Native American Law and the other is gay — both reflective of diversity.

Jason Feliciano stood up stating the nominees were added to the agenda, an incidental motion was made to Ben Weiner, head of the Judiciary Committee, who then stated he was unaware of the proper proceeding and declared the meeting was adjourned. However, the motion to adjourn the meeting was not voted on, not seconded, and has therefore never ended. Feliciano continued that one is “not allowed to adjourn a meeting even if the building is on fire” and the Judiciary had failed the senate.

One of the nominees went up to the podium during the public debate stating when one enters a courtroom, they expect the judge has not yet judged you. Additionally, he commented no senator had argued he was an unqualified candidate as an argument against the hearing for his appointment.

Before the confirmation of agency chairs, an individual stated there had not been a female ACCENT chair in 36 years, and further challenged student body president, Susan Webster, to appoint a woman in lieu of a man.

The argument against diversity has absolutely no justification, is poorly warranted, and the refusal to confirm these nominees is currently coupled with the nominations of other chairs and agency heads. Of those positions, 14/14 of the confirmed positions are members of Greek life, 14/14 are members of the Impact Party, and 13/14 are white.

Influential, diverse students made a substantial effort to encourage the senate to maintain a level of diversity representative of the entirety of the student body, and urged the senate to be thoughtful in their voting. However, many of the votes carried through are all too clear and reflective of incessant hypocrisy. Diversity does not seem to be the utmost importance given the confirmations of the 14 nominees. 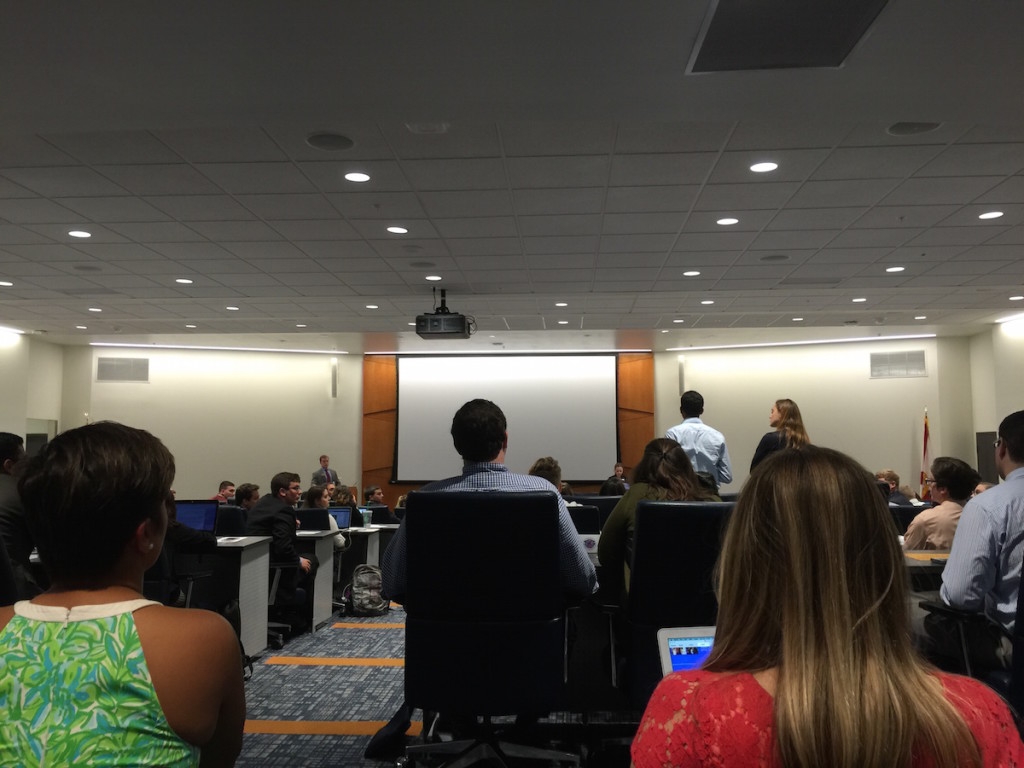 The senate’s behavior was later described as “totalitarian,” a violation of SG codes and Roberts Rules of Order. Lillian Rozsa announced that refusing to hear the nominees was “shutting down democracy.”

The Solicitor General later spoke, saying various code sections were circumvented and do not apply when a motion is held to discharge a committee (the other motion made by Dwyer) and told the senate, “I understand it must be hard to go against party lines.” He brought up SG’s violation of the Florida Sunshine Law, and just last week, The University of Central Florida sued their SG for misconduct. Now that UCF took action, suing UF’s Student Government is now on the table because of Florida’s statute of limitations.

Student body treasurer, Nicholas Carre was outraged at the senate, condemning the impacts of privilege, wealth, and voting stickers, reflective of pettiness, racism, and marginalization. Most importantly, he told the senate their activity is “not all that serious.”

The debates tonight were reminiscent of the House of Lords and the reluctance to appoint qualified nominees demonstrates the intimidation that is consistent throughout Student Government. Though generous portions of students ultimately fought for the diversity and fairness SG stands for, their effort impacts were not maximized due to the vast amount of “nays” echoing after each vote.

Tonight, it became painfully clear the UF Student Government system is working for those with the most power rather than the constituents — every great political theorist’s biggest fear.

It is the reason students do not want to vote or get involved and it isn’t any better than the federal and state government that student politicians so often condemn through Facebook rants.