This is the sickest backpack ever

When I saw this backpack, I was in awe. I ordered it online and received it a few days later. It looks sleek in the sunlight and even sleeker at night. When I showed my friends the bag, they too were impressed. These trendy Fascil bags glow in the dark, illuminating college campuses and busy streets. 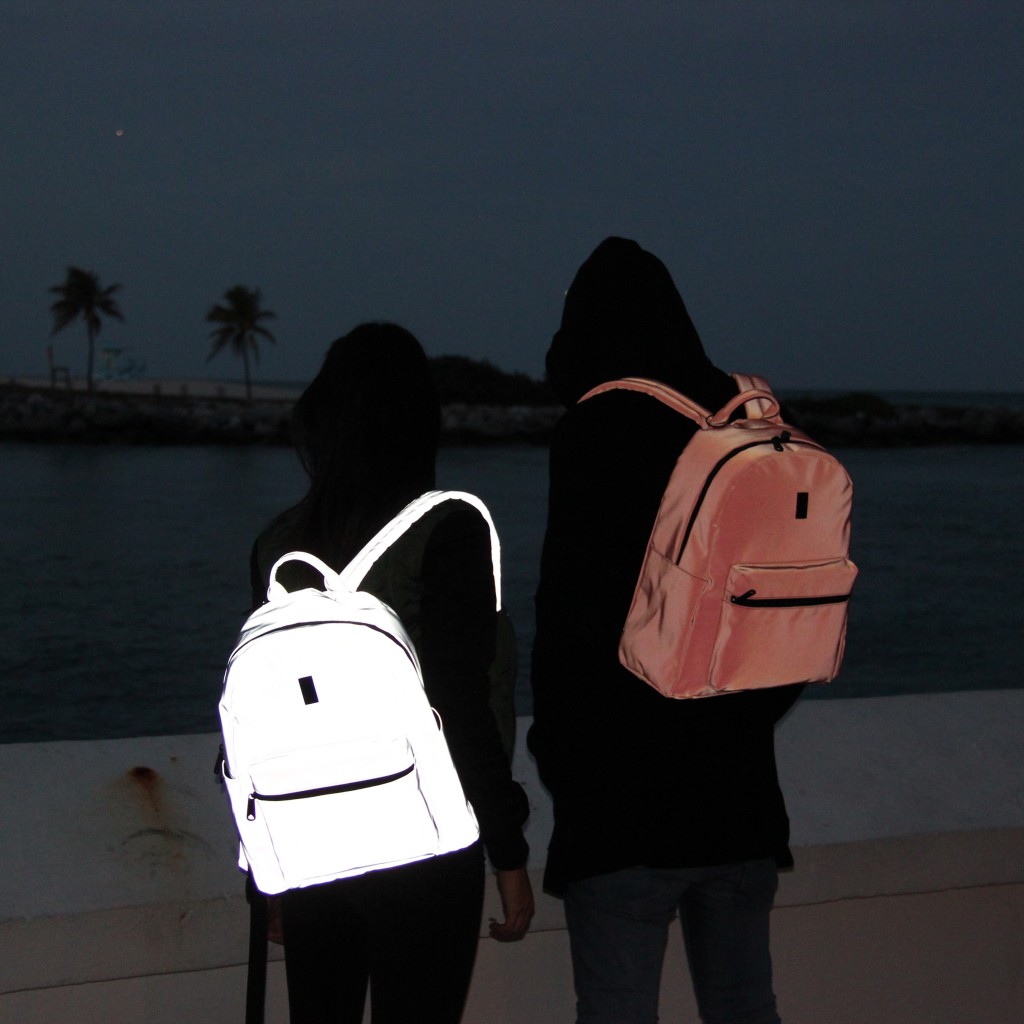 Buy it, unless you’re a drug dealer

The funniest comment I’ve gotten in the bag is, “It’s so cool, just not for a drug dealer.” Since most of us are not carrying illicit substances, I sat down with an old friend, Benjamin Cohen.

I spoke to Benjamin Cohen, Miami native about his company, Fascil. Fascil is a brand new enterprise that designs sleek, fashionable backpacks. This futuristic fashion item looks like Kanye West would brand. The sharp and safety-friendly bag will definitely be seen across the country on college campuses, as well as the streets of cities everywhere. 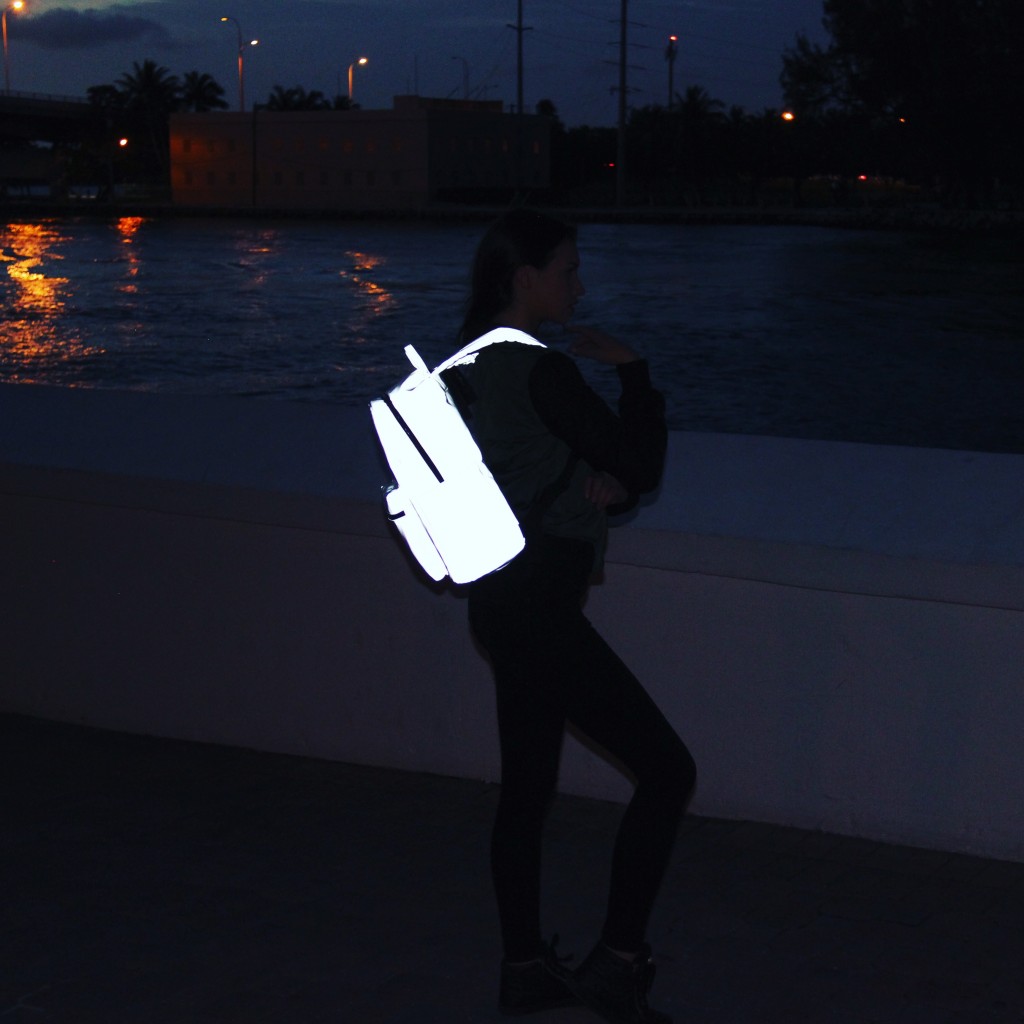 Here is what Benjamin, 18 year old entrepreneur had to say.

Tell us a little bit about yourself.

My name is Benjamin Cohen. I am 18 years old and a Freshman at FIU studying Finance. I have been extremely fortunate to have travelled throughout the US and Europe from an early age. In those travels, I have been exposed to different cultures and points of view, which have afforded me a different perspective on things and people around me.

So why did you design this bag?

I designed this bag with the purpose of providing teenagers and young adults with a fashionable yet safe backpack to walk around the streets and campuses at night. Runners, bikers, and construction workers have choices in reflective clothing, but students do not.

Who helped you design it to be sleek and safe at the same time?

The design was a result of me wanting to keep the backpack simple, functional, and sleek. 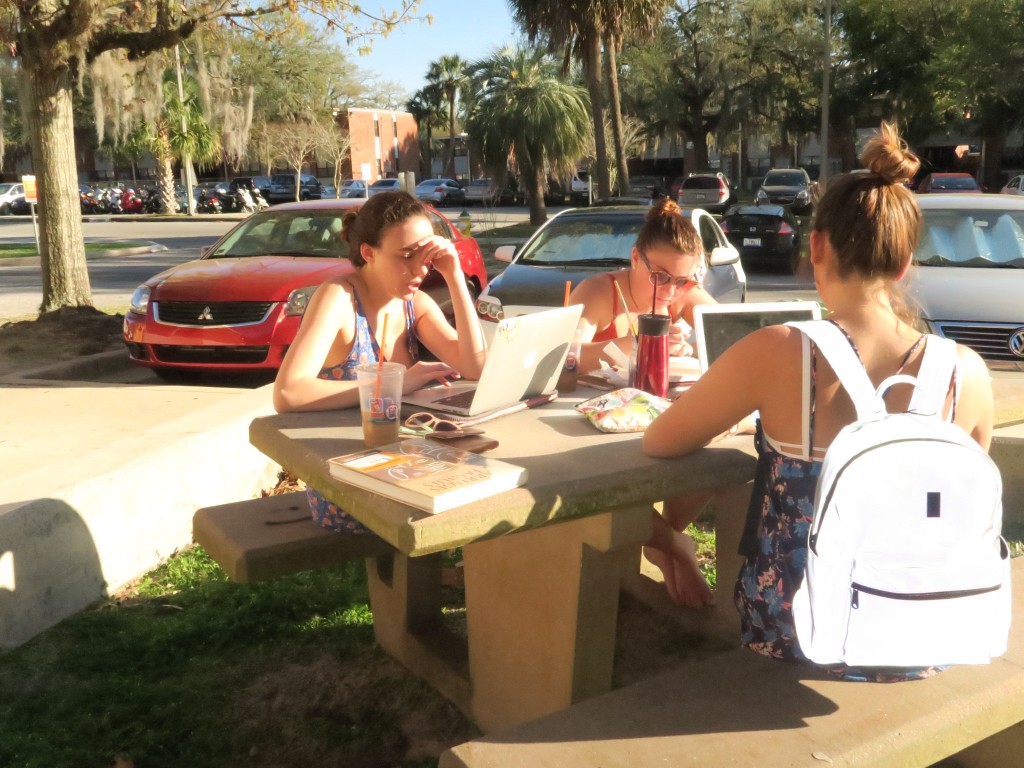 Someone is walking down the street and they’re sporting a Fascil backpack. What do they look like?

Someone walking down the street, sporting a Fascil reflective backpack looks like someone who is smart, sharply accessorized, and extremely visible when light is shone upon them! 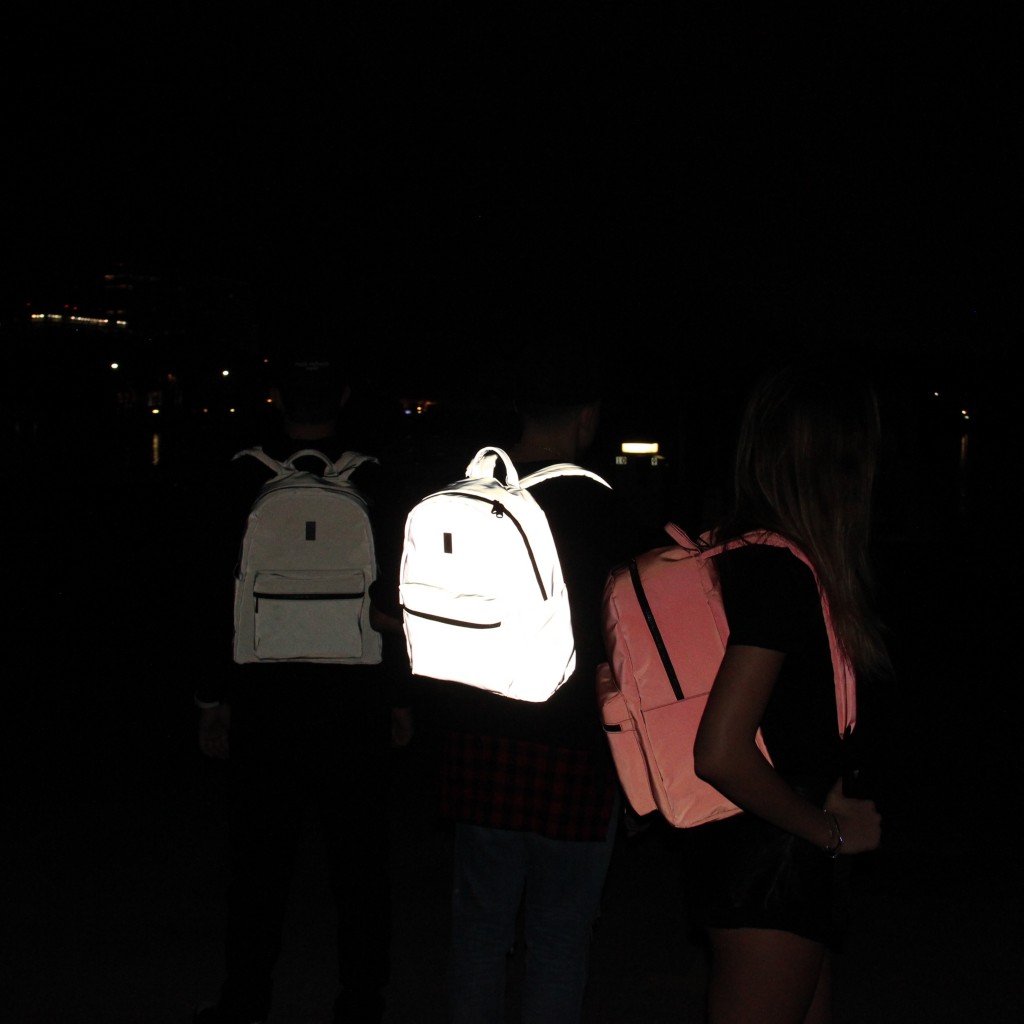 In terms of Gator alumni, would you rather have Marco Rubio endorse these as an education/safety incentive or have Ryan Lochte endorse them at The Olympics?

As a newly launched company, seeking positive exposure, I welcome any good endorsement Fascil can get. With that said, if the choice is only between Marco Rubio or Ryan Lochte, I rather opt for the Olympian endorsement with worldwide following and less controversy…But, If Rubio becomes President and Lochte is found to have doped, then I would amend my answer! 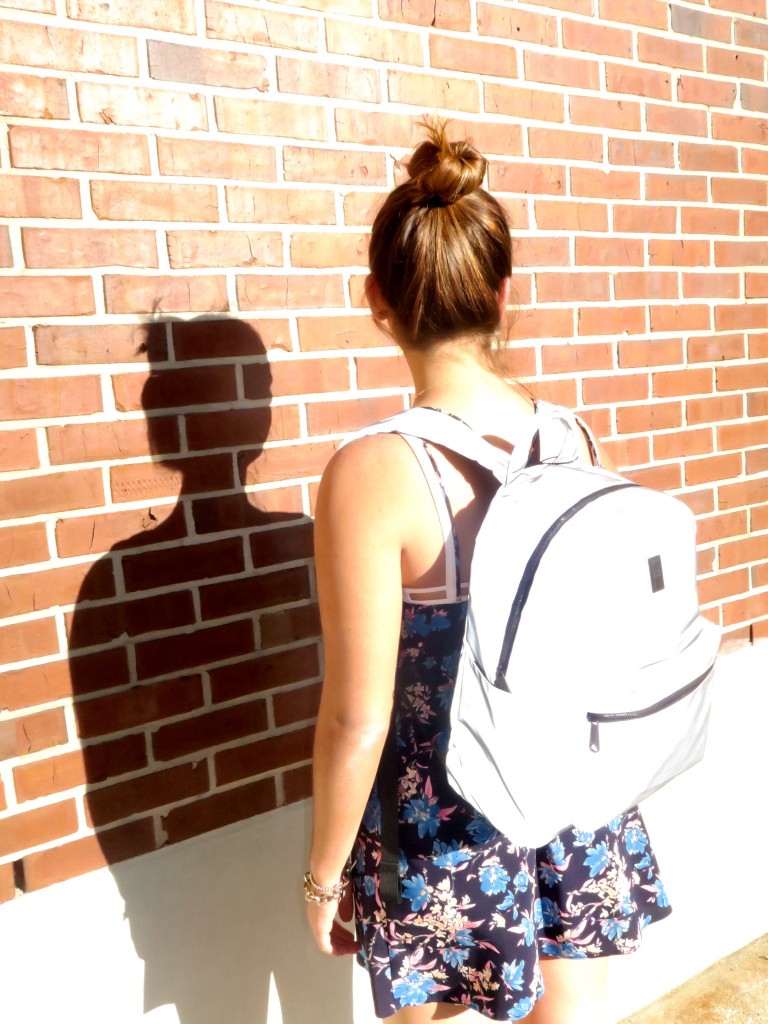 Why should a college student buy a Fascil bag?

A college student should buy a Fascil bag because it will identify him or her as someone who recognizes great value and appreciates form and function equally as much. Also, we have been told that a Fascil bag makes the wearer seem smarter, nicer, trendier, more attractive and even approachable!

Gainesville isn’t exactly a fashion hotspot, how can your bag change this?

Fascil bags are designed with the belief that a backpack should be an extension of the person that carries it, same as any other accessory. If you can choose between a bag that is boring or a Fascil bag that is unique and reflects your personality, why not go for the Fascil bag? 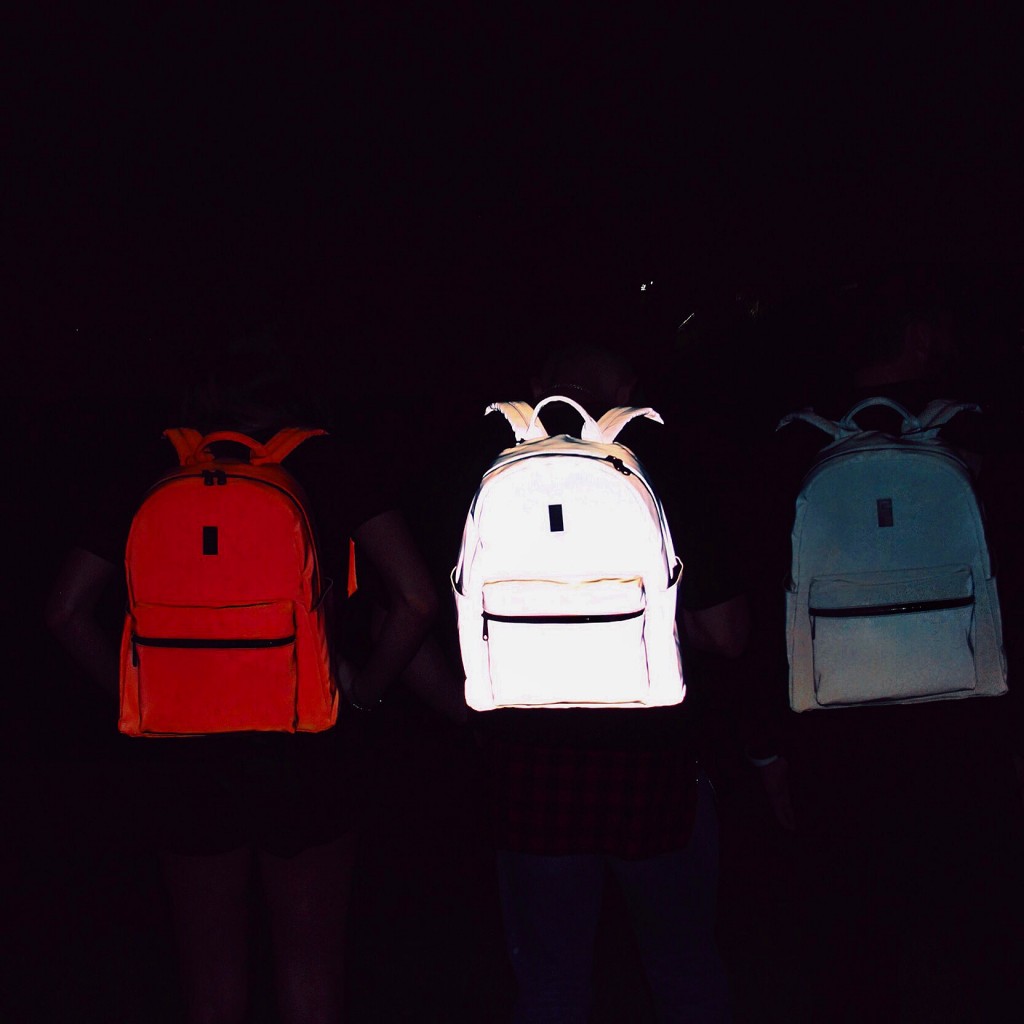 Fascil launched at the beginning of the month (February). The reflective bags are just the first line of bags being offered. We expect to introduce additional new and exciting models during the next few months.

Benjamin has asked that you use the hashtag #fascilschool when you get your bag and take a picture of it to encourage safety via fashion.