Everyone should pay attention to Chomp the Vote

They’ve helped over a thousand students register to vote

This past fall, Austin Young, a University of Florida sophomore, decided to revamp an old Student Government agency, Chomp the Vote.

Chomp the Vote is a licensed 3rd Party Voter Registration Organization through the state of Florida. Organizations like this are legally to submit voter registration forms on behalf of other people.

Prior to this year, the organization was not functioning effectively enough, and it became clear with an election year before us, a pertinent entity such as Chomp the Vote must be active and strong.

Austin Young said, “I decided to apply because voting, to me, is a sacred right. This organization is needed on campus and so much potential was being left untapped– I tripled our number of staff members and promised we would do more than just sit at a table in Turlington.

“This year we took Chomp the Vote to the students, rather than having them come to us. We showed up outside the gym, inside dining halls, presented at student organizations, and registered people who were standing in line at evening events around campus. We helped sponsor speaker panels and hosted workshops on issues like Voter ID laws, Minority Participation, and Youth Turnout.” 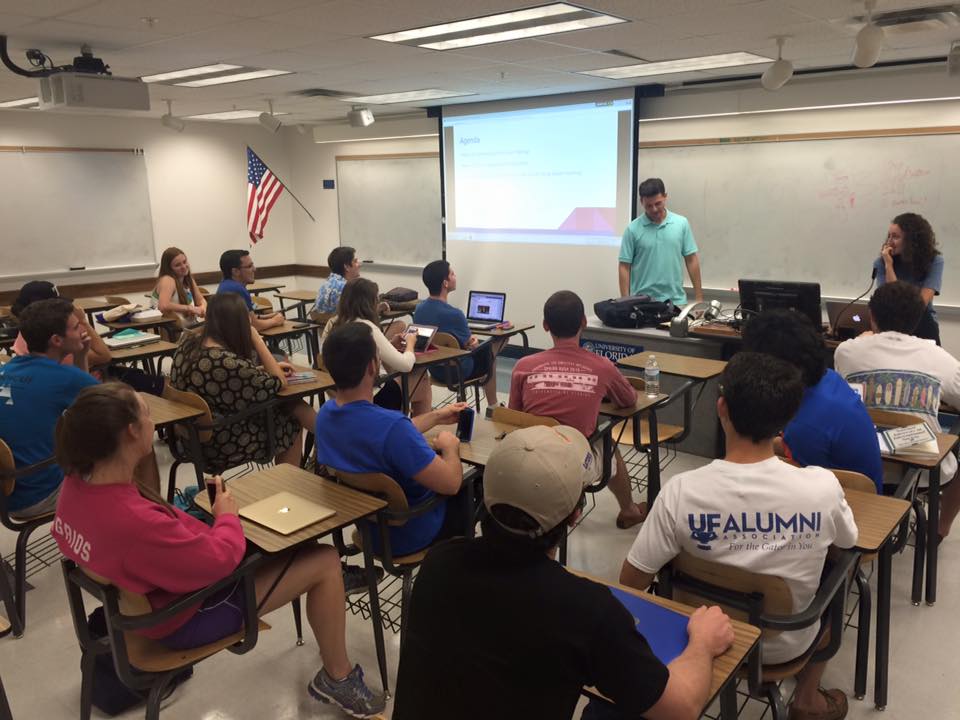 Voting poses a sacred right as the defining aspect of true democracy. True democracy demands citizens to voice their concerns and vote on important issues on local, state, and federal levels. And though the United States does encompass democracy to the fullest extent, voter turnout is a problem.

Young explains, “This is an important service for several reasons. 1. It’s the right thing to do. Especially for on –campus students we make the registration process easy and can answer questions. 2. The more voters UF produces, the greater influence we wield in the eyes of elected officials in the state.”

Since the beginning of the Fall semester, Chomp the Vote has been tabling, flyering, and keeping students updated through an active social media presence. Through tabling and visiting various organizations like Greek houses, IHRA, Model United Nations, and many more, UF students have had the opportunity to register. Chomp the Vote worked hard to register voters, and aid them in updating their party affiliation as well as address, before the March 15th Presidential Primary election, and the numbers have been unbelievable.

Austin added, “So far Chomp the Vote has registered 1,369 student voters. I’d like this number to be higher, but we had to start from scratch this year. Last year, Chomp the Vote registered 60 students. The year before, 120. Before that, I do not have the report, but no one I’ve asked who worked with Chomp seems to know if they even registered anybody on their own that year.” 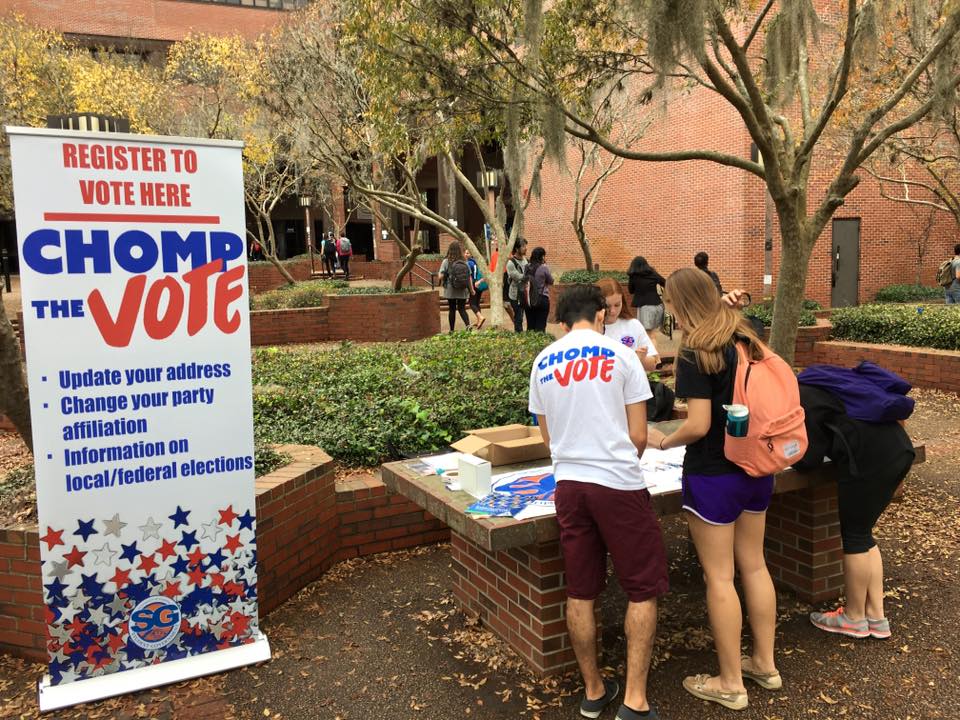 “Chomp the Vote registered 805 students in just the first 6 weeks of the semester! Last semester we registered 564, so we were thrilled with our work so far. The deadline to register before the Primary Election was February 16th. This inspired us to do even more outreach. We tabled extensively at the Plaza of the Americas, Turlington, outside the gym, and even at the dining halls.”

Only 38.5% of the total population of the United States votes, and young adults are responsible for the lowest voter turnout. Chomp the Vote tackles low voter turnout among college students by registering voters, encouraging discourse through events like this Wednesday’s event, which will bring UF College Republicans and UF College Democrats together to discuss different political races occurring this year.

The importance of working with other student organizations is stressed as Austin explains: “Working with other civic engagement groups on campus, it took time to repair our image. People seemed cautious about partnering with this SG agency because of its history of being distant. You can even find an old Alligator article about how SG once appointed a student who lived in DC to chair Chomp the Vote. We have held a voting issues forum with ISA and multicultural fraternities and advertised the Gainesville Mayoral Debate on campus.”

Chomp the Vote is also sponsoring an early voting event this week to ensure maximum voter turnout for the Presidential Primary. Organizations have pledged to aid Chomp the Vote in driving students to and from the polls.

Austin told us about the event, stating, “In addition, my research department continued to use our social media page to share political news and voter information. We just launched an event page for early voting and have asked numerous clubs around campus to pledge to drive their members to early voting – hopefully reducing lines on election day.” Chomp the Vote intends to execute an event that can deeply impact voting in Alachua County. 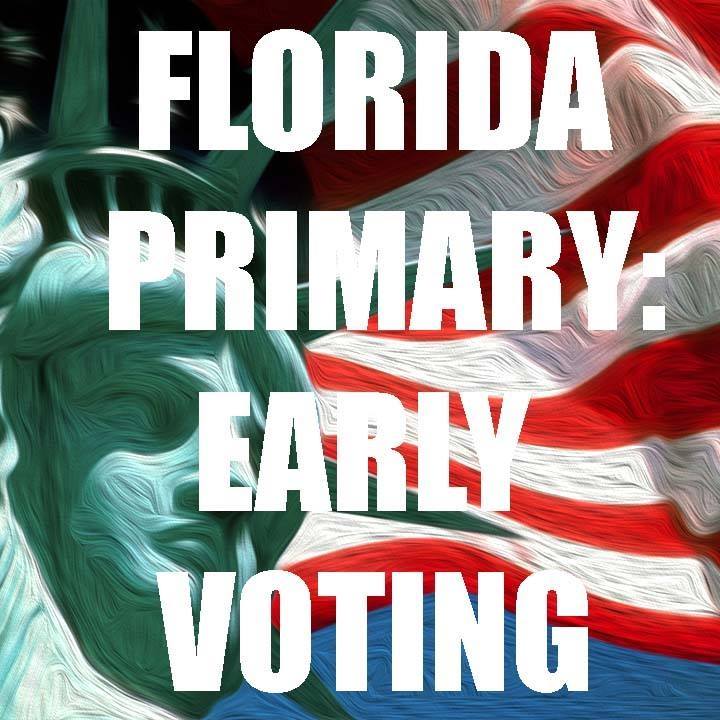 Austin Young is eager and excited to continue encouraging voting as a civic duty, and is enthused to continue growing Chomp the Vote with the help of his outreach and research teams. They will even be making a web series about voting.

“We also began filming an Internet video series to help get the word out about the election through comedy and our new superhero Ballot Boy. These will hit the web in March, so be on the lookout! We’ll also be back to tabling and presentations after spring break! ”

The success of Chomp the Vote is unprecedented, and the agency is excited to continue its hard work. Young credits his team and the student body: “Lots of people have stopped to offer me support for how far Chomp the Vote has come this year. But none of this would have been possible without everyone on the team. I’m so proud of everyone I work alongside in Chomp the Vote – they truly deserve the credit for our success.”