We asked drunk UF students how to stop ISIS

The question is clearly not if, but how.

ISIS is one of the most dominant organizations in the current media sphere. Some disregard the terrorist organization, using its geographical distance from the United States as a safety blanket.

Others, however, believe that an understanding of the affairs of the group is important, supporting its heavy media presence. However, what is common ground is the organization needs to be stopped.

The question is clearly not if, but how.

The amount of young people passionate about the subject was surprising to me. I was especially surprised to receive such a lively response after midnight on a Saturday.

“I’ll use the biggest beam ever on them. Then I’ll give them some drugs and alcohol, stuff they don’t like,” said a heavily breathing partygoer. 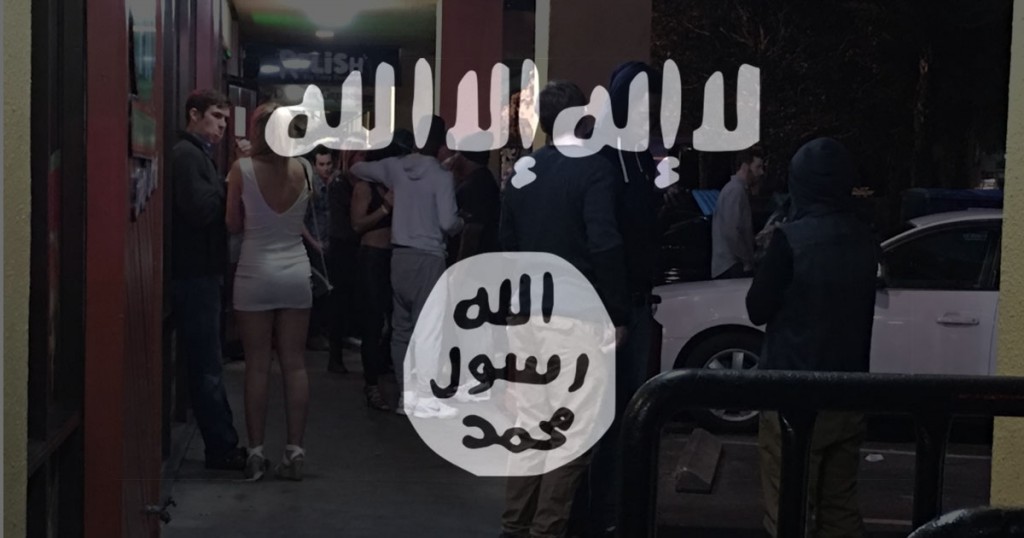 “We get informants and espionage people to join ISIS and drug the leaders. We bomb the hell out of them if they come close to the U.S. though,” explained one shaking teen.

“We build a giant wall around them, call it the great wall of ISIS,” said a college student who stated he was sober. When asked what would happen if the wall was destroyed, he shouted “then we build two walls.”

One man in his mid 20s, lounging on a couch with a red solo cup in his right hand, and a female looking to be the same age wrapped in his left arm, was extremely passionate about the issue. He was adamant that I quoted him directly, but failed to provide my with a clear answer to the question of what his name was.

“Bomb the cities, bomb the whole fucking country. Fuck them, ISIS can take their tongues and stick them up my ass. ISIS is just a couple of guys in turbans with their cocks up each other’s asses. ISIS is not my fucking problem,” the man slurred. 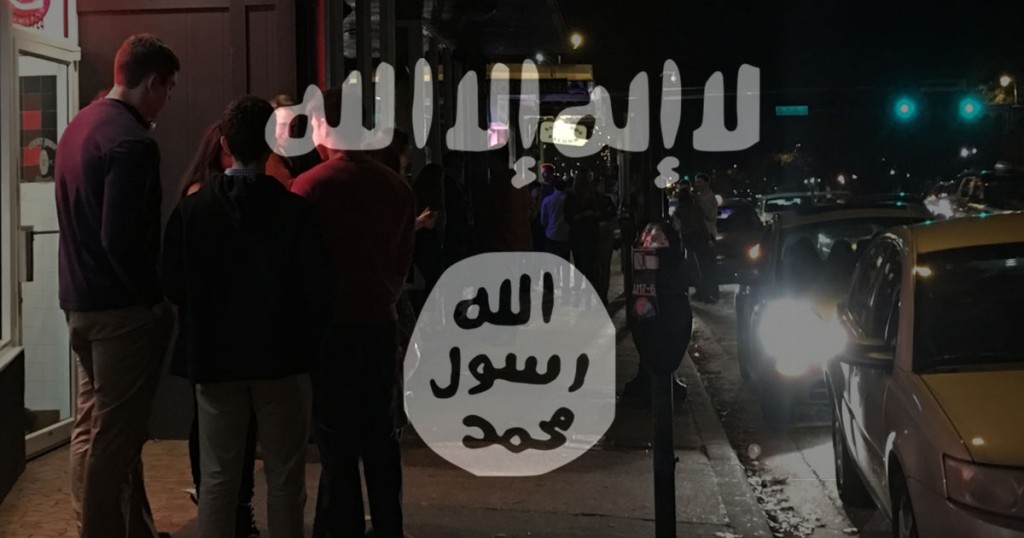 As the party began to die down, one young man stumbled towards me. He had heard about my interviews, and was eager to be a subject.

As his breath reeked of alcohol, and he had to hold onto my shoulder to remain standing, I knew I was in for a great answer. However, what I got was the most interesting of response the night, but not for the reasons you would expect.

“Because of the very nature of ISIS, it’s not like you can just turn them off. There’s always gonna be anti-semitism and hate no matter what we do. If anything, we need drone strikes on major hideouts and the freezing of any funds supporting them.”

He continued saying, “But ISIS doesn’t really exist because of the west, so we need a fundamental change in the Arab world to truly stop them. They need to move past the past and move towards a more progressive future.”

“We need to change what those people learn as kids, and keep the hateful out of teaching positions and positions of power. Only then can we truly hope for a better future in the middle east.”