According to Freedom U Georgia, seven students were arrested on Tuesday after protesting Georgia’s college enrollment and tuition policy.

Included in the group was Emory rising junior Jonathan Pereza.  The group was released from the Fulton County Jail late last night.

Organizers of the event on the Freedom U. Georgia Facebook page reported that undocumented students from several Georgia colleges held a protest at the Regents’ Monthly meeting at around 9.50am yesterday in opposition to enrollment policies in the University System of Georgia. 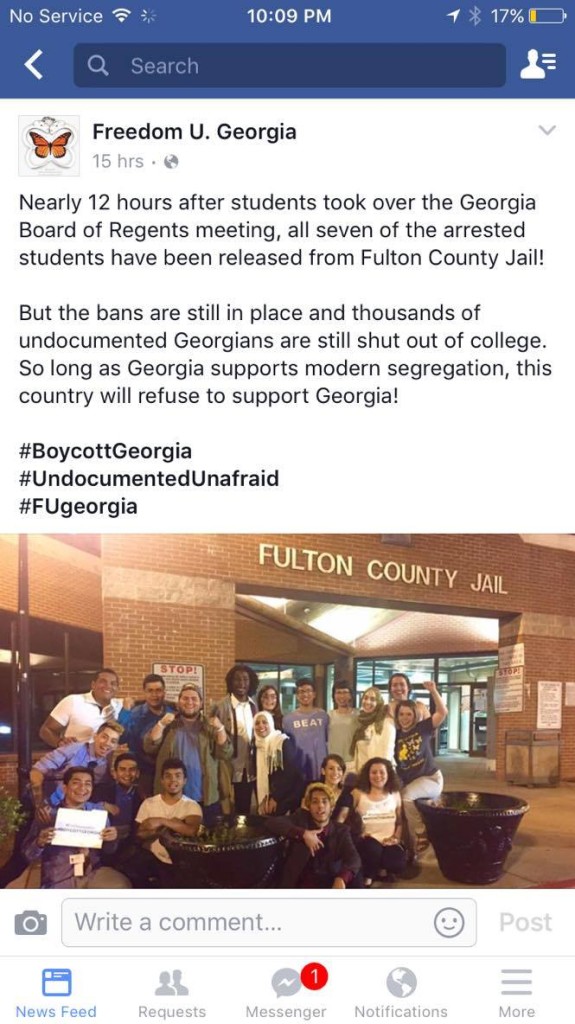 According to acj.com, the group included students were from Freedom University and other Georgia institutions, including Georgia State and Emory.

The protesters, many wearing signs reading #EndSegregation and #Boycott Georgia, called for a national boycott of the state.

The demonstration was aimed at policies of the University System of Georgia that prevent students without lawful presence in the country from attending any institution in the system that has not enrolled all of its academically qualified applicants for the previous two years.

But immigrant students say the federal DACA — Deferred Action for Childhood Arrivals — program gives them that legal presence in the country, so they should be allowed to attend the state schools.

According to acj.com, a small group of the students sat in chairs reserved for the Regents and held their own short “alternative” board meeting on the state’s policies, and called on businesses to boycott Georgia because of those policies. 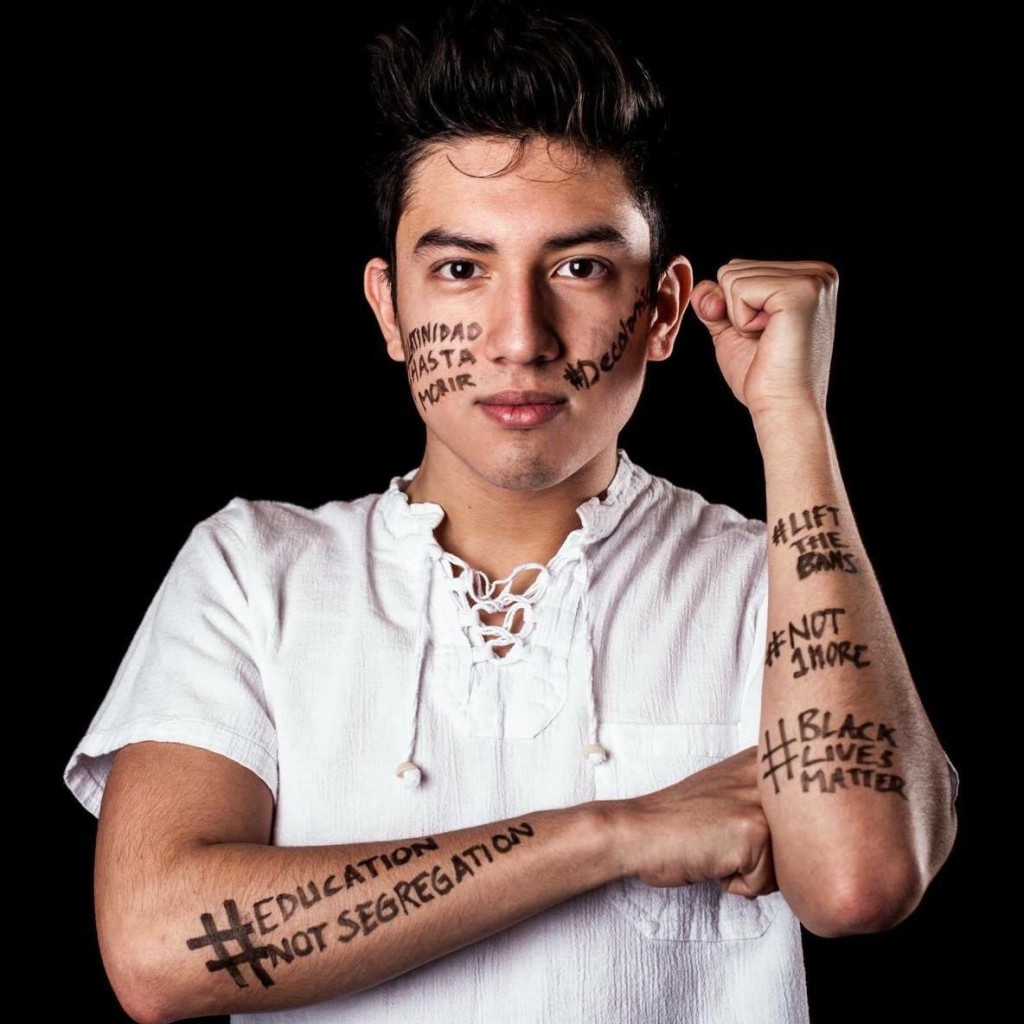 After chanting “boycott Georgia” and briefly leaving the room, the students returned to the board room and again took seats reserved for the Regents.

Soon after, the students were ordered by state patrol members to vacate the Regents’ seats. They refused to abandon the seats and were arrested soon afterward.

Georgia Senator Vincent Fort joined the protesters and testified during the group’s mock hearing, but did not participate in the further demonstration and unlike the students, was not arrested.

“These are people who want to be part of the American Dream and are being denied because of their immigration status … It’s unfair and it’s discriminatory.”

We have reached out to Jonathan Pereza for comment.