My helicopter night flight changed my opinion of Atlanta

Inspired by an advertisement, my friend and I decided to go on a helicopter night trip to enjoy the beautiful night view in Atlanta. To be honest, since I came from Nanjing, a highly popularized and metropolitan city, I was at first a little disappointed at Atlanta’s urbanization.

However, this flight over Atlanta gave me a whole new perspective. 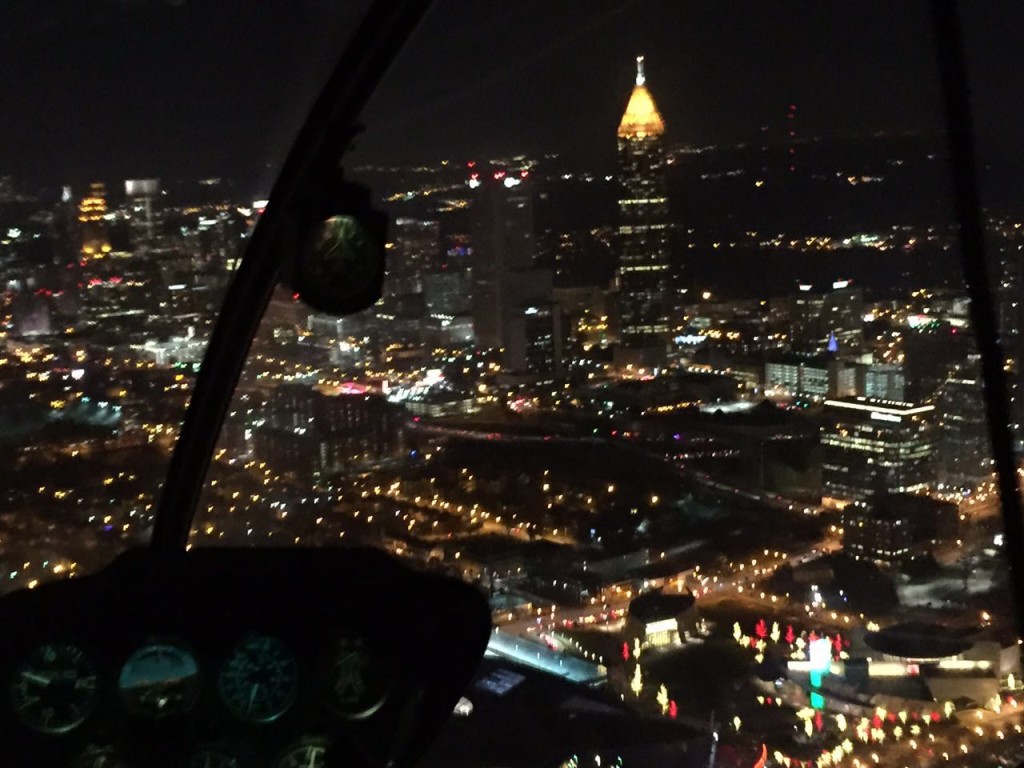 We first got to an airport. The helicopter was seating on the open apron like an island floating on the peaceful sea. The lights on the top and bottom of the helicopter illuminated its surrounding area.

The pilot gestured us to come over and climb on the helicopter. Unexpectedly, the room in the helicopter was pretty small and the noise made by the rotating propellers were loud enough to make me deaf.

So we quickly put on headsets and waited for departure. 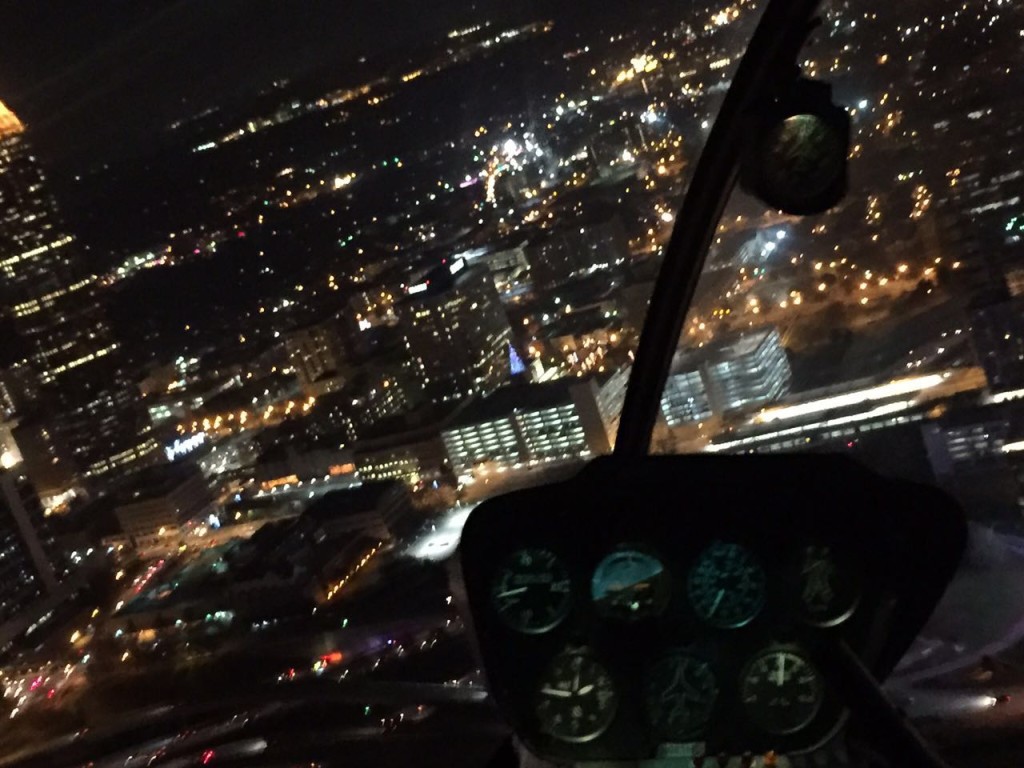 At first, the helicopter started to vibrate and I could clearly feel the fast rotation of propellers. The lights on the dashboard in front of the pilot went on. I knew that everything was ready and we were going to take off. I was excited, thrilled and nervous.

At some moments, my mind went blank or was full of all kinds of weird thoughts. I could only focus on the darkness outside the window. With some intense tremors, the helicopter gradually left the ground and quaveringly flew higher and higher.

The objects on the ground became smaller and we were flying towards the downtown, where the lights would be most beautiful at night. 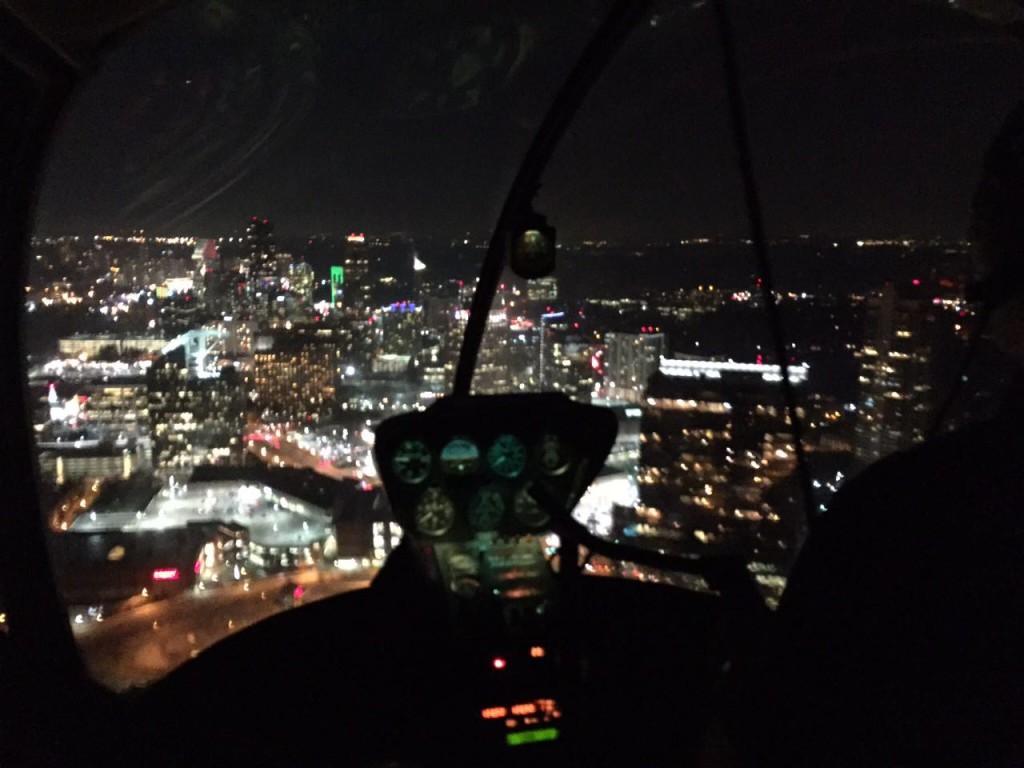 Due to the loud noise from the propellers and the isolation of the headsets, my friends and I could not hear each other’s words even though we were shouting at each other. We could only guess from one another’s lip movement and laugh together. However, at the first sight of the light sea in the downtown, I could not move my eyes away from it.

Lights from buildings, light from traffic lights and lights from automobiles interweaved with one another to construct a shining sea of lights. It shook and brightened my world instantly. At that night, those lights on the ground became the flaring stars in my world. I greedily looked around and tried to imprint every view in my head to remember forever. 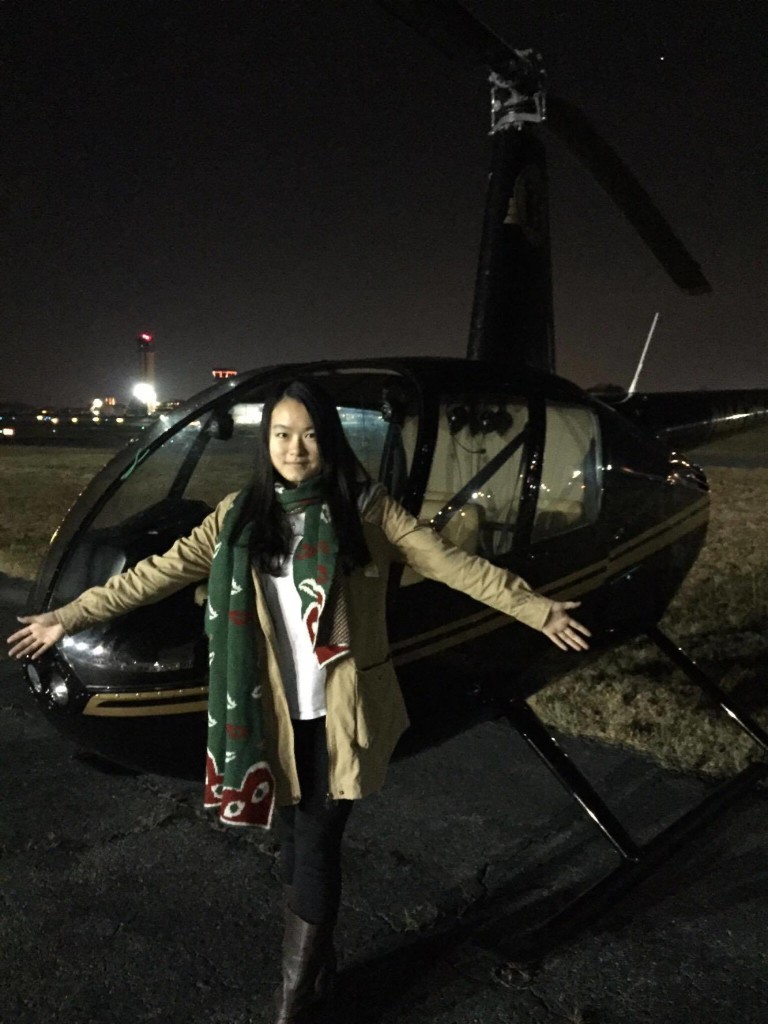 Now when I look back on that trip, I feel that it was really interesting and meaningful because it gave me a unique and unexpected perspective to appreciate Atlanta city’s beauty. Sometimes, when I live in a fixed condition for too long a time, I might forget that there are still so many other attracting and beautiful sceneries waiting to be discovered and enjoyed. More often than not, those beautiful sceneries are just around me, hiding in my blind spots.

There are more than enough beautiful views in the world, we just need clear eyes to discover them.