The controversial journalist is speaking at Emory tonight

More chalkings have appeared in front of the DUC, on the White hall stairs and on bridge in front of Cox criticizing College Republicans for organizing tonight’s talk by controversial journalist Milo Yiannopoulos.

There have already been warnings of protests and a walk-out ahead of the event, with attendees being told to be cautious on arrival. 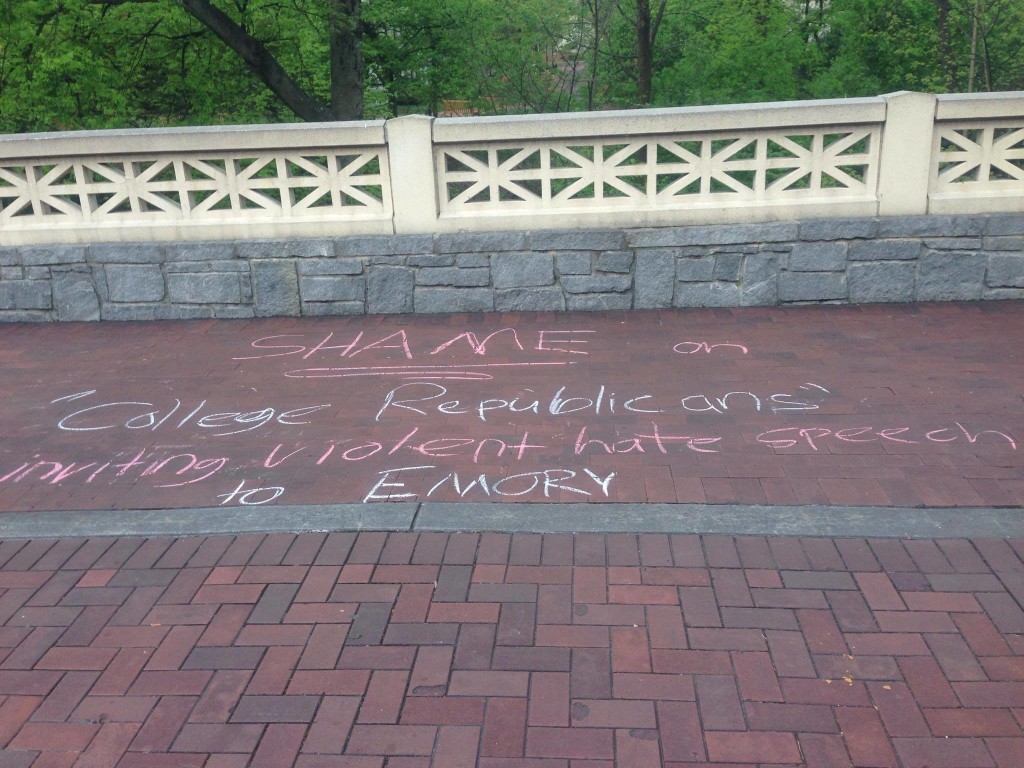 More have appeared by the Health Science Bridge dubbing Milo a racist, misogynist and a coward: 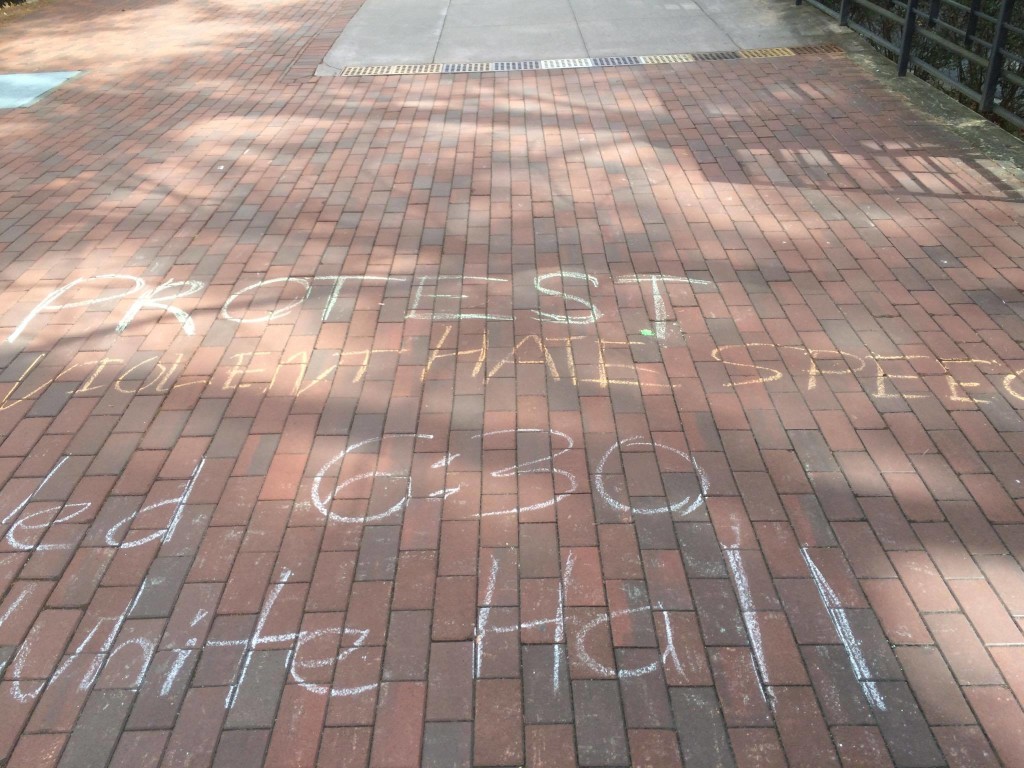 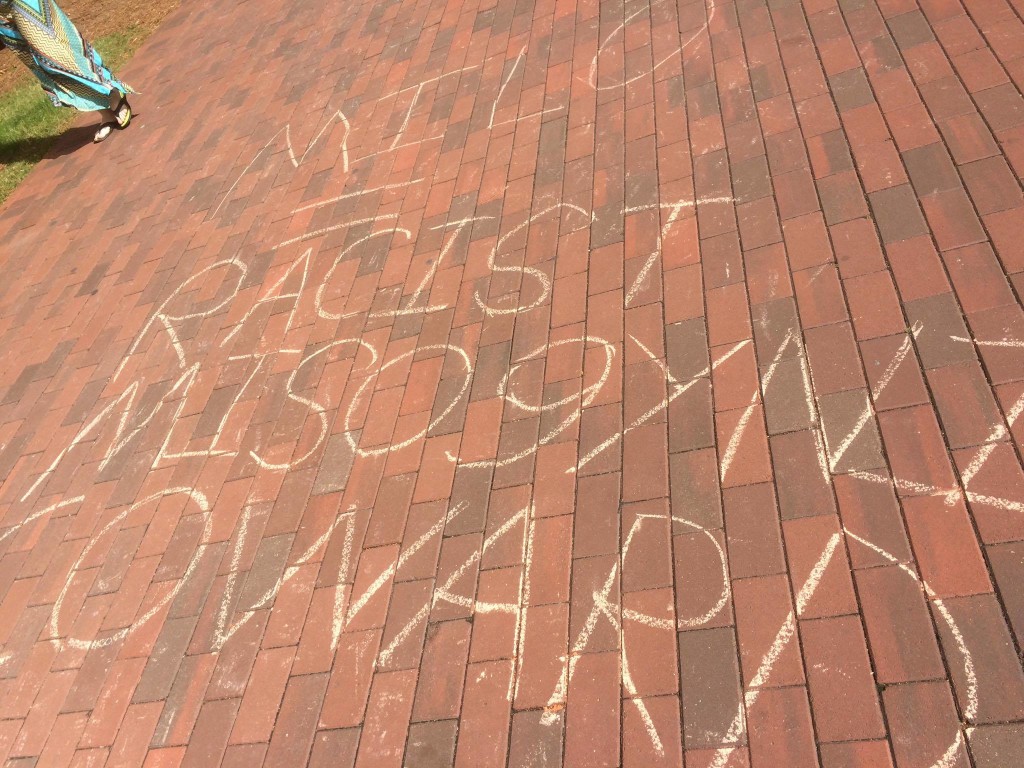 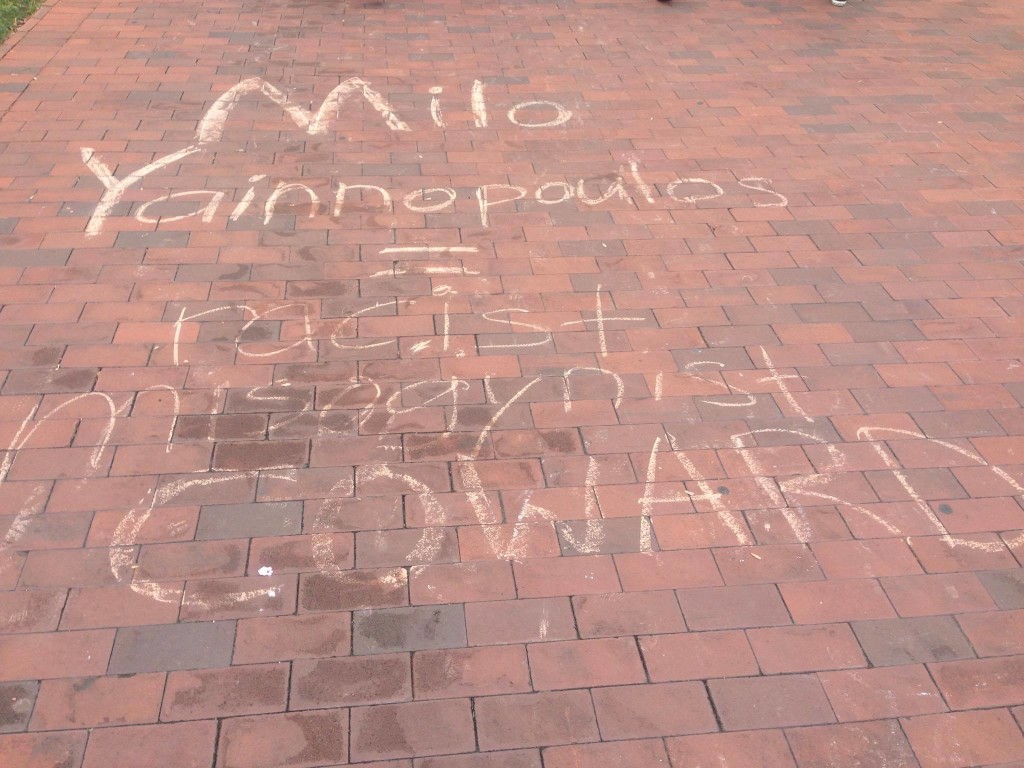 The event is taking place tonight at 7pm in White Hall Room 205.

It’s being hosted by Emory College Republicans and Emory Young Americans for Liberty who said: “Come see Milo Yiannopoulos, the British journalist and openly gay conservative commentator, answer your questions and speak about the Trump chalkings, political correctness, feminism, politics, and many other hot topics extremely relevant right now to Emory and the rest of the country.

“Be sure to invite your friends!”