Because often times, it is the way we change our perspective that lets us see how we can change the world around us

I really like the idea of being happy. Growing up, I definitely pulled a John Lennon. I shuffled through many career aspirations because of this desire – a lawyer, a chef, and a DJ. It wasn’t until I was in middle school that I thought being a doctor would work well with this pursuit. I had an amazing professor, by the name of Mr. Bussey, who gave me a Harvard Medical School Medical Guide that I felt the impulse to go toward the sciences.

It was filled with medical facts, diagnostic guides and manuals that I was intrigued – it still sits in my room to this day, almost ten years later. 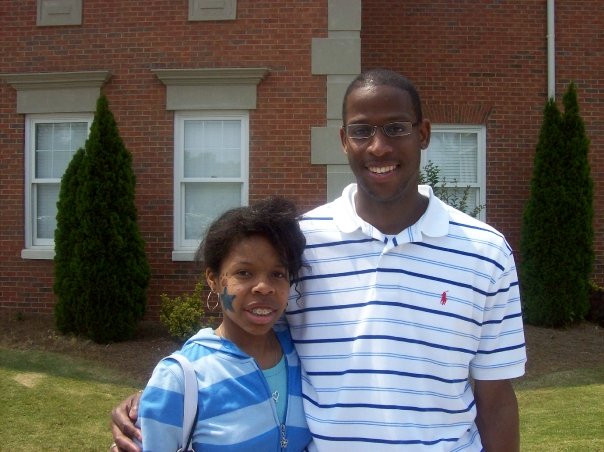 Back in middle school with my favorite professor. I miss those days (but I do not miss the braces)

However, I never really married the idea of happiness and medicine until my life took several, multiple spirals south in college. And I can openly admit – my Emory college experience was not the best at all. Whether it was being dumped near Valentine’s Day or having my room flooded during orientation week to dealing with family and friends with mental and physical disabilities, illnesses and unfortunate deaths on top of the academic rigors and rat race of college life (I certainly could elaborate on more specific instances), I had always moved forward, but with a lot of weight on my back.  And the ultimate consequence of carrying the weight of my experiences into Emory and at Emory lead to a lot of pain, physically and mentally. I was languishing, tired and done.

That is, until I learned about flourishing. Essentially, flourishing is a concept in positive psychology that focuses on understanding how humans can live in their most optimal state of functioning, physically, mentally and in all capacities. A massive field that has sprung out of a need to access not only the bad about being a human, but how to channel the good and push people to be more well.

As an undergraduate at Emory and now graduate student heading to Rollins, I had/have the pleasure to be involved in Flourish Emory – an organization (or dare I say, powerhouse) housed in the Office of Health Promotion that focuses on positive psychology, positive mental health, and changing the game of what it means to be successful, thriving, and well in today’s society through various means. If you’ve ever participated in Happiness Boot Camp, gone to a Good Life Lecture Series, or read about the Happiness Challenge in Atlanta NPR, you’ve probably seen my face quite a few times already, but I want to say that it’s more than that. 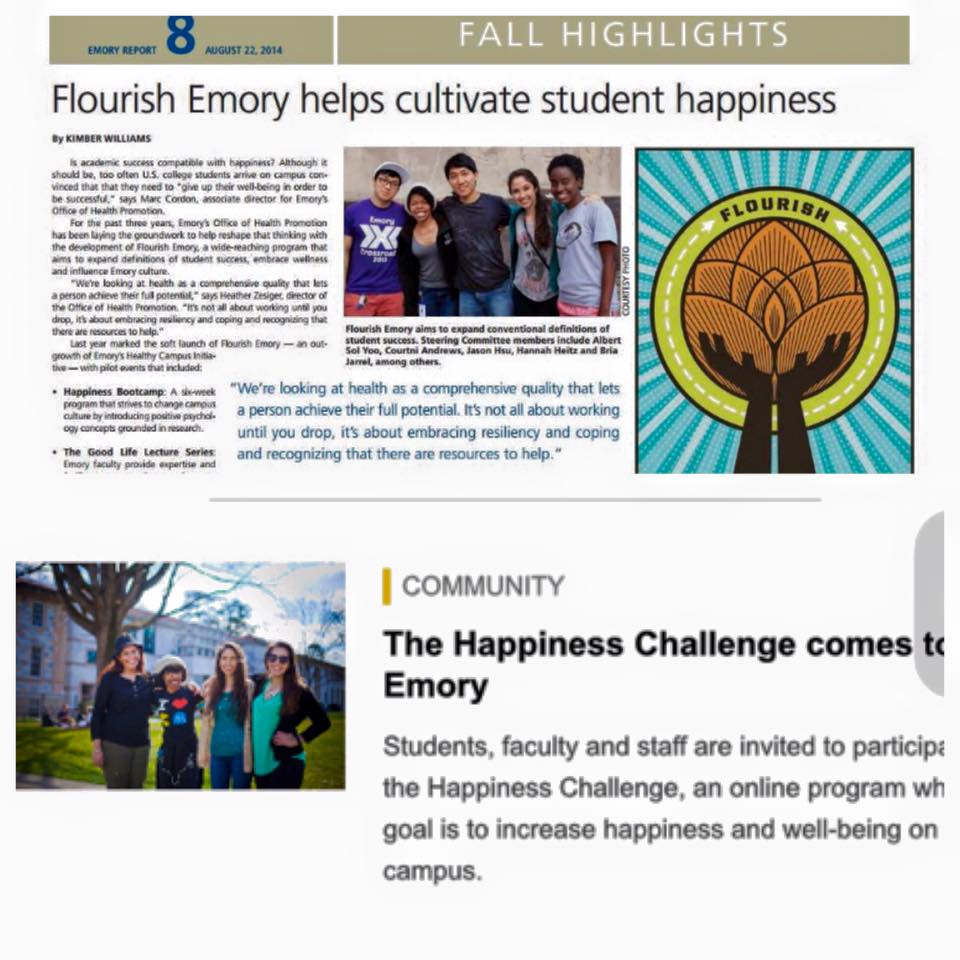 A snapshot of the Emory New Reports on Flourish Emory. If it’s not obvious, the beanie is my signature item.

Flourish Emory completely changed my life. It changes people  by strengthening them, opening them up to what makes them already great, and pushes them to their fullest possible potential at Emory and beyond. I know for me, my vision of medicine, success, and well, happiness is so vastly different now than it was defined in the Harvard book I was given. It is now defined by the ability to just take care of myself when life doesn’t make a lot of sense. My sense of well-being is deeply tied to checking in on friends, accepting that not everyone is going to appreciate who you are, and really, taking life as it is yours in the way you, yourself, see fit.

A lot of these things, messages and themes were already present in my life despite all the bad and terrible, but have been put to the forefront, enhanced or strengthened because of my involvement with this amazing aspect of Emory. 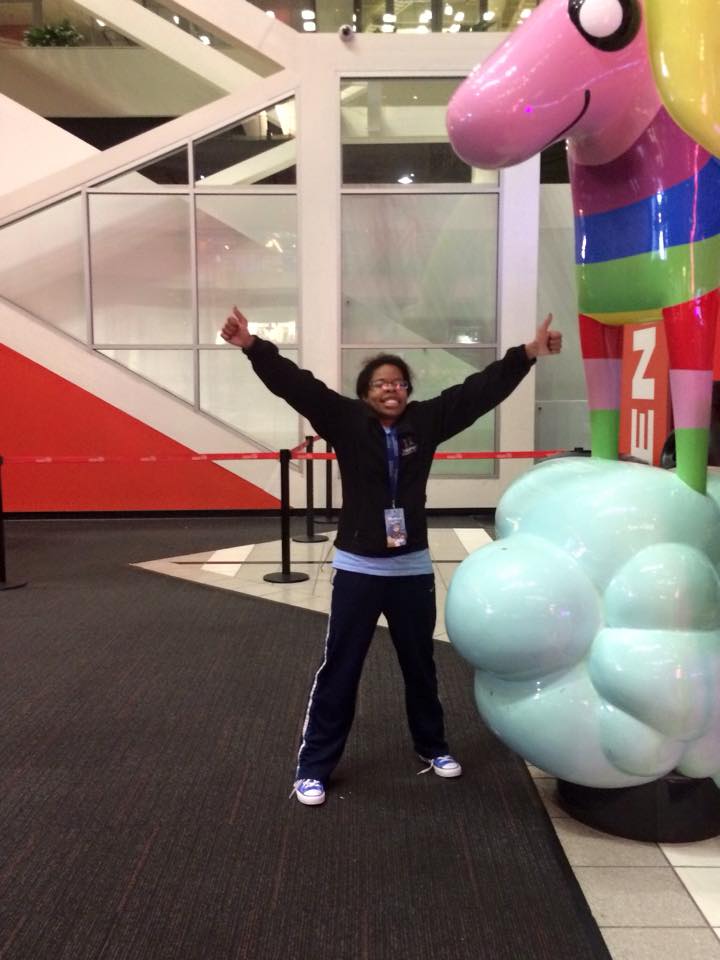 Me at the Omni Hotel at Momo Con 2015, on my gap year. I am definitely geeking out in this photo.

And it’s a large part of why I’m coming back to Emory. Because I still want to be like John Lennon – I really, strongly want people to be happy and have a world of experiences, because they see their potential and the potential of social justice, change and community well-being. But don’t just take my word for it.

Check it out for yourself at the Office of Health Promotion! 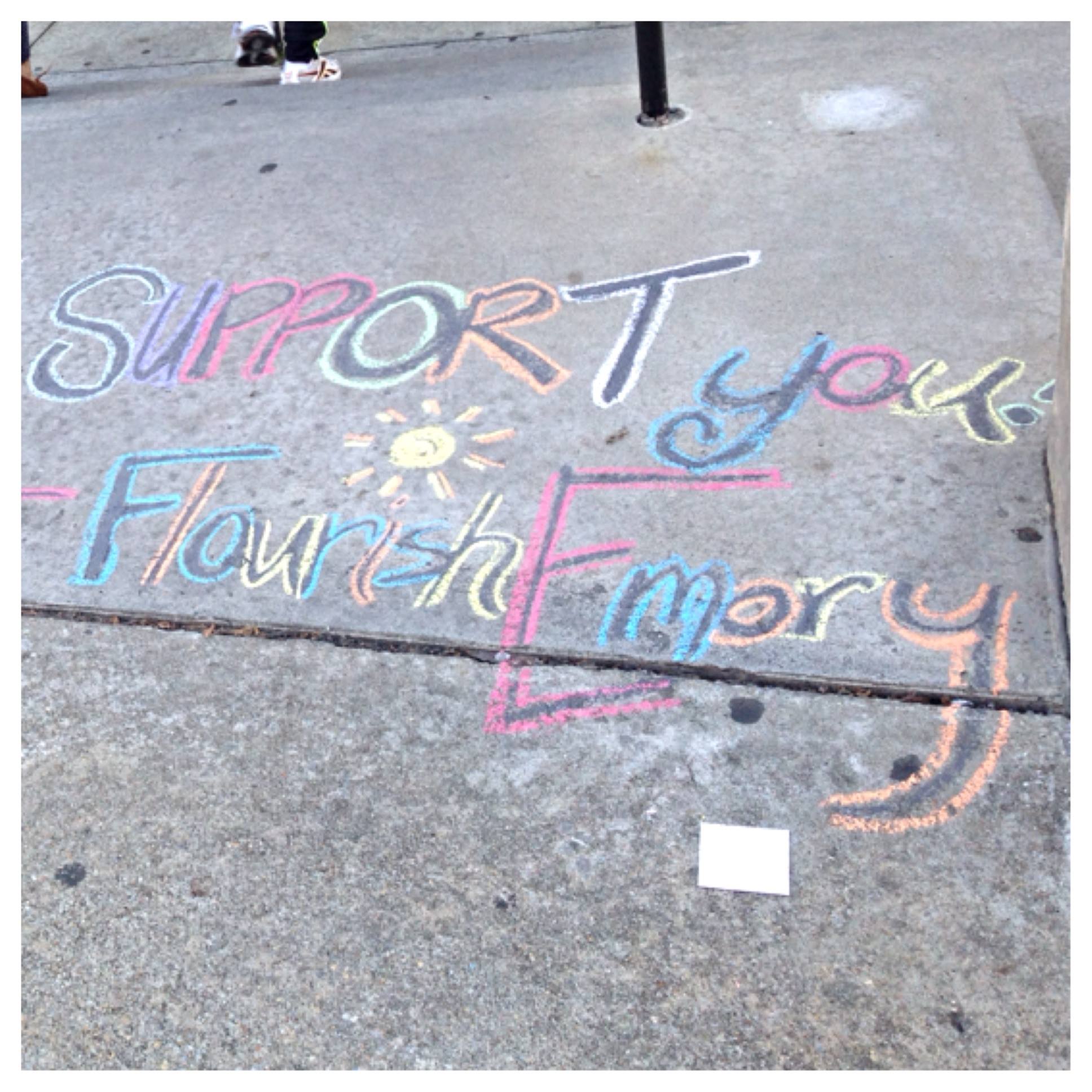