Being in Atlanta is a real privilege, especially for those of us who are complete nerds.

With Momo Con and Dragon Con, two of the biggest entertainment conventions in the Southeast, recently announcing a merger to bring many more voice actors, and Youtubers to local eateries and bars, like Battle & Brew, providing social opportunities to talk about Tekken and technology, the character of this city is something I appreciate, especially as someone who’s been here for a long time.

Therefore, it is no surprise that at Emory College, I had my sights set on to not only come for the opportunities and having an amazing college experience, but I also really wanted to get involved with Emory Anime Club immediately.

Growing up with parents who loved everything from X-Men to Transformers, I felt it was in my DNA. Plus, with access to videogames and Toonami on Cartoon Network, my siblings and I were primed to go “catch em all” in Pokemon and wait endlessly for the release of the next segment in the Kingdom Hearts series. 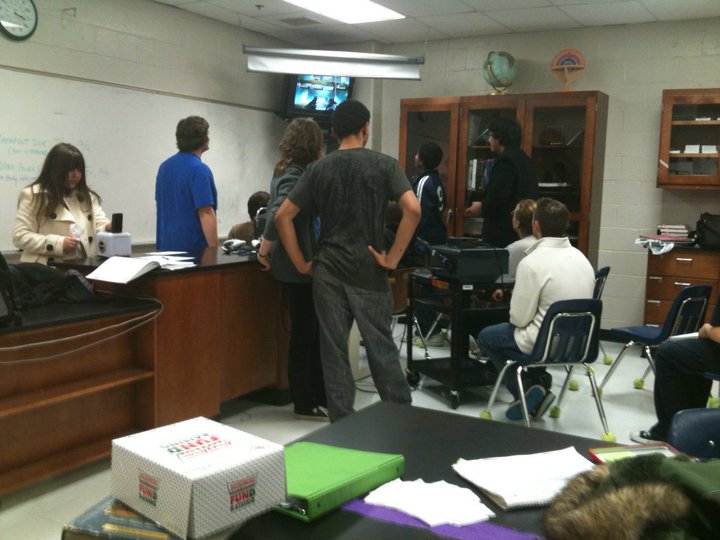 Anime Club back at Collins Hill High School in 2008.

So I did just that. I joined, became an officer and eventually went on to become President my Senior Year.

But it certainly didn’t come without its moments of difficulty (and I’m not even talking about trying to coordinate going to Anime Weekend Atlanta with 50 other students).

Anyone who is really into anime, manga, comic books, videogames, or any particular nerd niche is well aware of the problematic stereotypes that come with being involved in the scene. Additionally, I understand that nerd culture has a long way to go in general because we do need more stories of POC, LGBT heroes and women who have a full set of armor that actually serves a purpose.

However, I find it particularly frustrating that myself and many others who thoroughly enjoy these interests are still given looks of disbelief or shock that we don’t profusely sweat, have active social lives, career aspirations and goals for our future. Despite the great appreciation for nerds like Bill Gates and Steve Jobs, being a nerd into D&D or cosplay isn’t always welcome in certain ways!

However, at Emory, we have a lot of amazing students, faculty and staff who are HUGE nerds of everything you can think of.

Being in Atlanta as a growing nerd capital and a place for young millennials, it should be no surprise that people who indulge in D&D and attend Dragon Con are your professors, faculty, alumni and current students who are doing great things for the world at Emory and beyond. Therefore, I’d really like to believe that, once you talk to someone who rocks their fandoms on their computer or backpack, you can see that they’re more than the stereotypes that exist out there.

I mean, we’re fun people and we throw great parties! 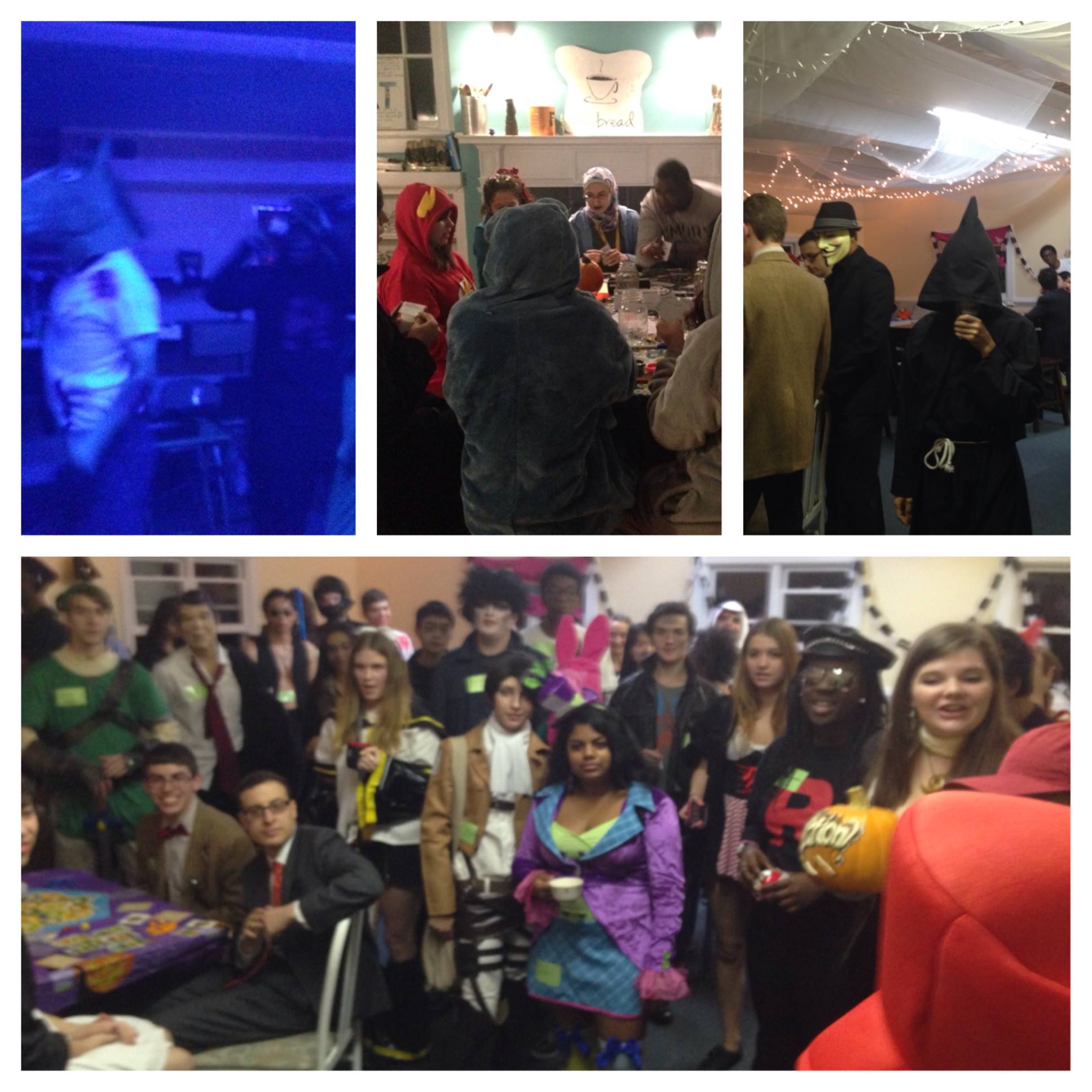 Emory Anime Club’s Halloween Party, in collaboration with NERD, Emory Artisan Guild, and BREAD Coffeehouse. Over 100 people were in costume and it was amazing!

Therefore, I’m proud to be a nerd. I’ve met some of the closest friends I’ve ever had through Anime Club, in high school and undergrad. And now, coming back to Emory as an MPH Candidate in the Rollins School of Public Health (Be BSHE!),

I’m happy to be close to home and in the city of Atlanta where I can appreciate studying social determinants of health and well, going to Momo Con with my squad in May. 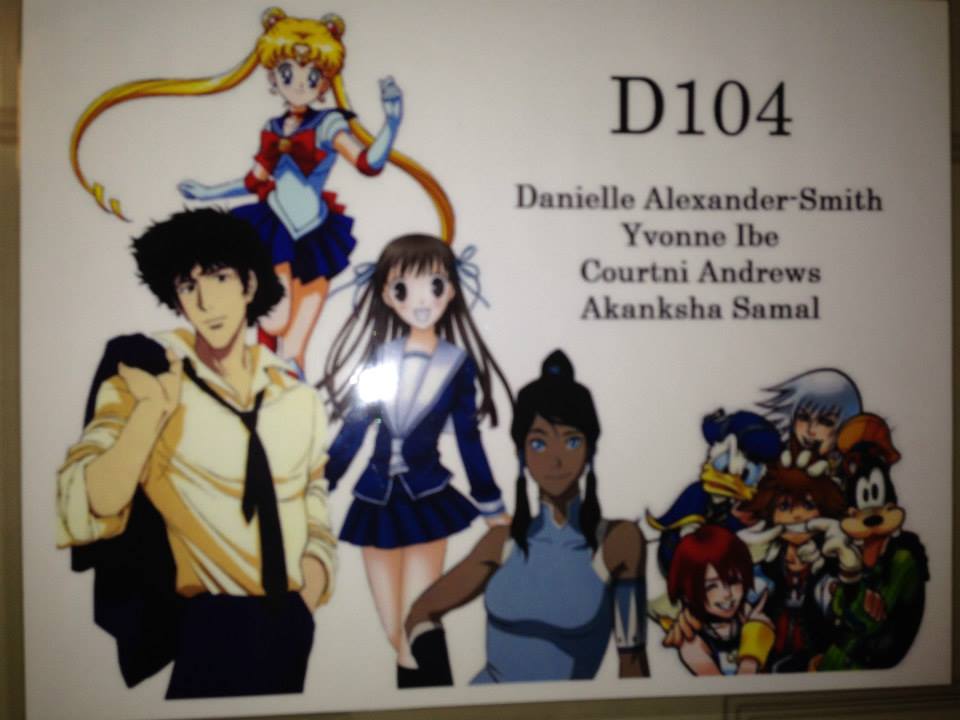 The original D104 sign from the Clairmont Apartment at Emory. The squad is having a reunion at Momo Con and I cannot wait!