The ‘Americanized’ perception of an adopted girl from Vietnam

From Vietnam, to New York, and now to Atlanta, this is my experience of being adopted and attending Emory University

I am a proud, adopted Vietnamese girl from Da Nang, Vietnam, who came to the United States at just nine-months old.

Departing my homeland was a milestone. However, my Vietnamese roots were left behind and my Americanization began—sayonara to the chopsticks, fresh steamed rice, Vietnamese baby talk, and handmade bamboo cone hats. More importantly, this was just the beginning of the on-going conversation about my adoption story and Asian-American identity.

White skinned parents and brother plus light caramel skinned daughter equals a multiracial family. To me and my family, the equation is quite simple. Through our eyes, we do not note skin tone differences or view each other any differently just because I am not a biological child. In other words, our exteriors do not dictate what we feel internally for one another—love and acceptance. We allow ourselves to come together as one and to take pride in our diversity. 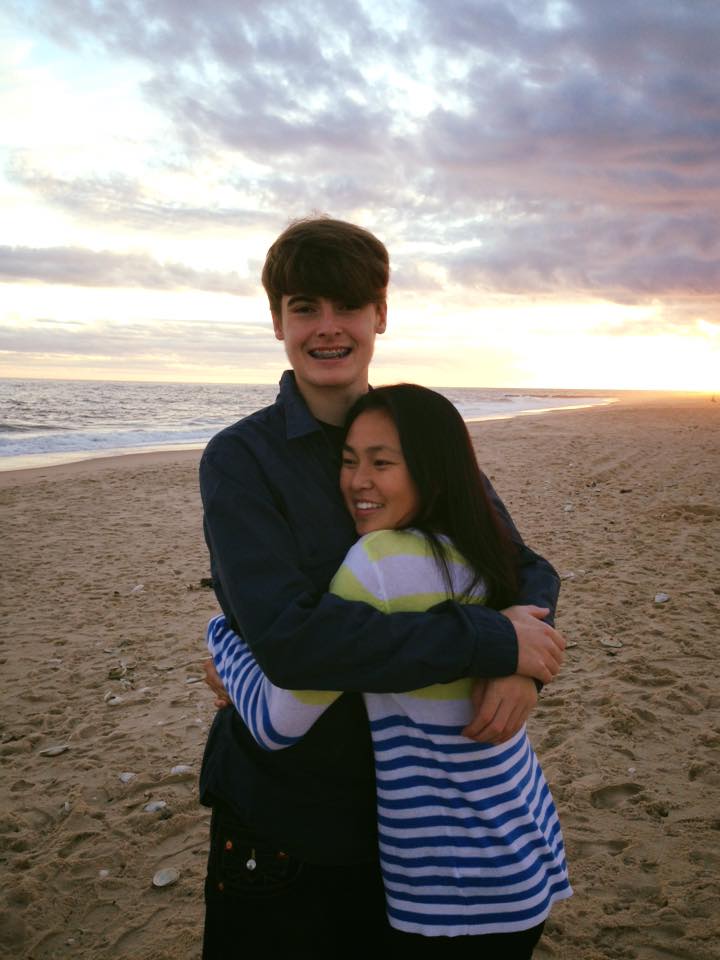 My brother and I at Thanksgiving 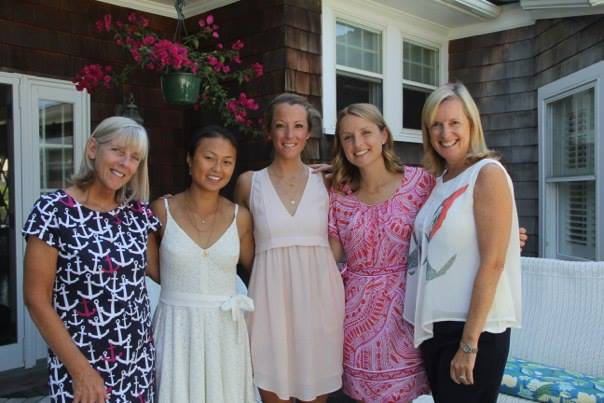 Left to Right: Aunt Caroline, Me, Emily (cousin), Robin (Cousin), and my Mom 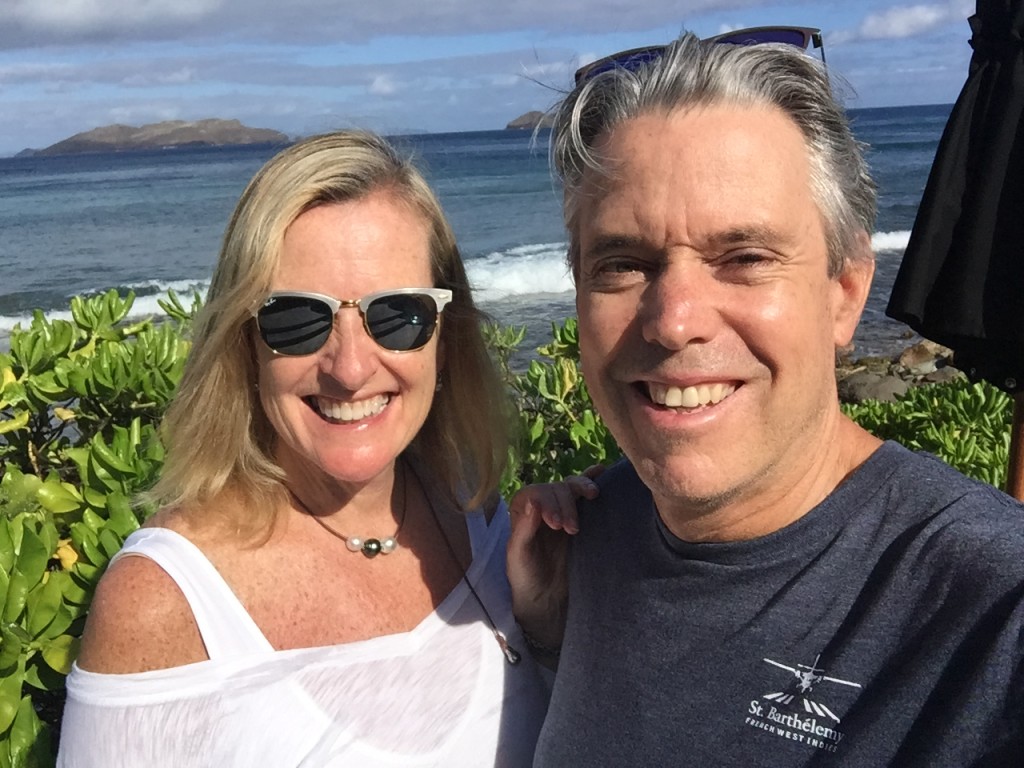 I was fortunate to grow up in the heart of New York City. I attended a small private school in Brooklyn, New York, and was fully invested in my competitive Artistic Gymnastic career at NYC Elite Gymnastics. On the weekends, I would socialize with friends and spend time with my family.

I always enjoyed our traditional Sunday BBQs with fresh East Hampton farmer’s market vegetables and fresh caught fish from Montauk, while watching 60 Minutes. Also, of course hitting the SALES on 5th Avenue, $20 mani-pedis, and brunching at Cafeteria were always a must as well.

I lived the life of a typical city kid. I was Americanized. 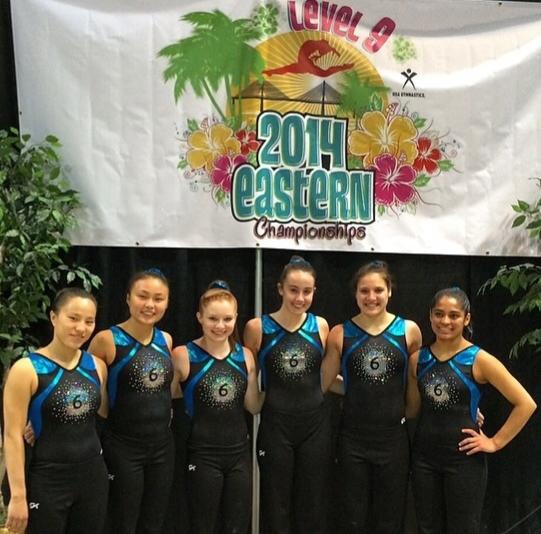 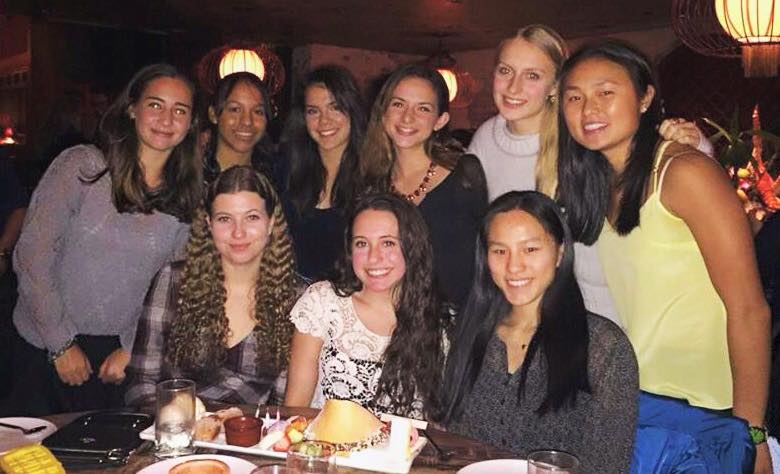 Yes, New York City is identified as the melting pot of the United States where people and cultures meet face-to-face. However, my family’s unique formula may make sense to me, but, sometimes, not to others. Deep down, I know that I am considered the anomaly to what a typical, single-race American family would look like. From stares of interest to looks of confusion, I can say that, emotionally, I have experienced the good, the bad, and the ugly.

In the past, I have been mistaken for an exchange student, the wife of my father, the girlfriend of my brother, and the daughter of an Asian stranger on the NYC train. Also, the mother-daughter association is often not made. Well, not until the usual question, with a bit of sarcastic flare, is posed: “Is that your mom?” I know the person is not passing judgment, but rather a reaction of surprise and curiosity. Sometimes, I even receive a “That’s cool” in response to coming out as an adopted kid. Either way, the pieces of the puzzle come together and it goes without saying that I am adopted. 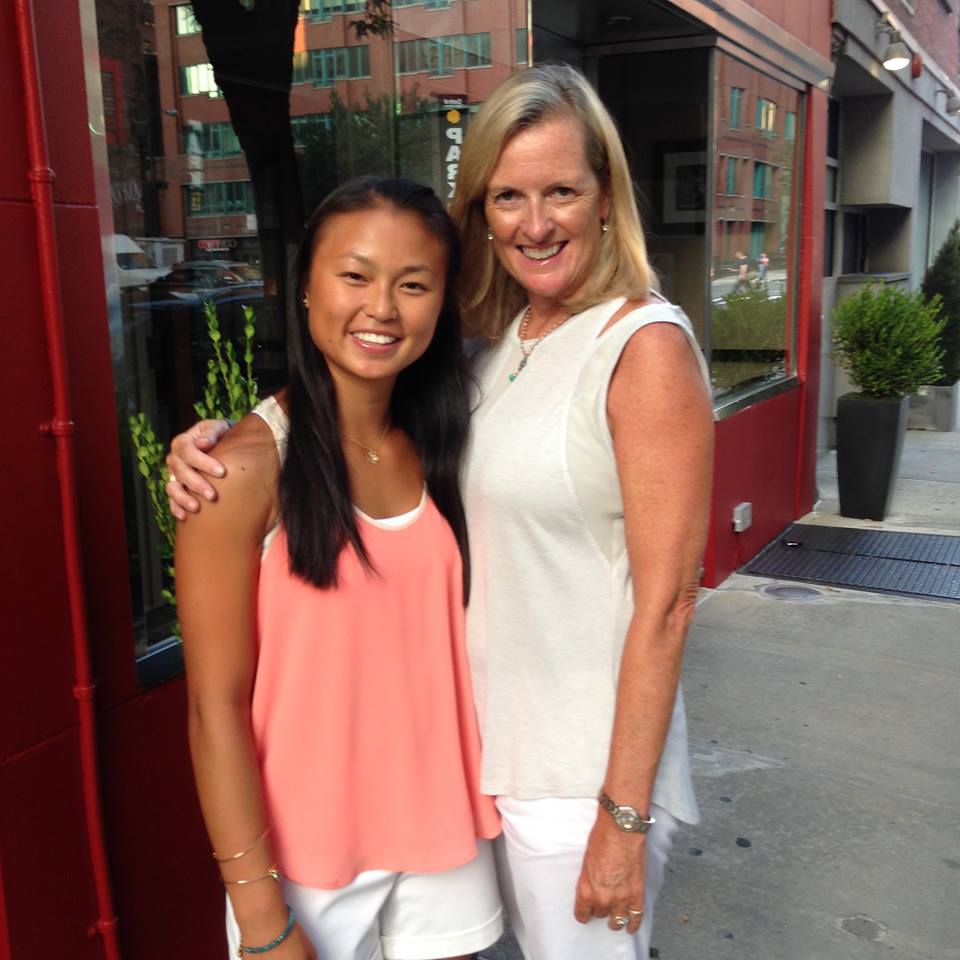 Me and my Mom 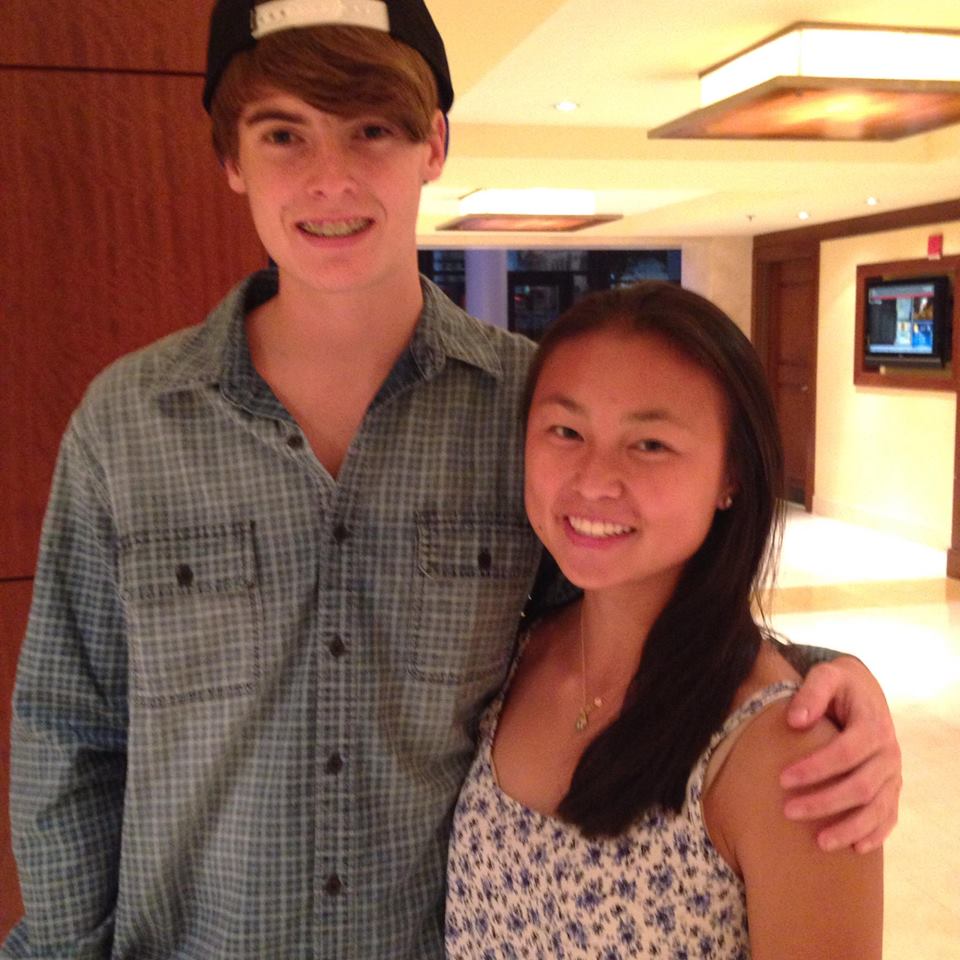 The most jarring experience I can remember was when I revisited Vietnam with my mom. After we un-boarded the plane, the long, hard stares of discontent commenced. Even though I was the majority, I felt like the pariah in my own homeland. My heart sunk.

I could read into their eyes that they were displeased about an American adopting one of their people. More specifically, the terminology of my situation differs for the Vietnamese and Americans. To the Americans, they’re adopting children from orphanages in third-world countries. The Vietnamese view the Americans as taking or even robbing  their children. From this incident, I understand why a deep hostility resides in the relations between Vietnam and America. I empathize with my people, but in all honesty, I left Vietnam during infancy and no memory comes to mind. All I have are pictures to form what was left behind eighteen years and three months ago.

I have tried to reconnect with my roots, despite the obstacles I face. In New York City, I seek out the recommended Asian cuisine restaurants: Tao Downtown, Spice Market, Buddakan, and Saigon Market are my go-to spots. On a more personal note, I desire to show my entire family where I was born. The trip to Vietnam with my mom in 2010 was an unforgettable experience, minus the tension-provoking stares. I visited a plethora of art galleries in Hanoi, the floating city in Ha Long Bay, Ho Chi Minh’s mausoleum, and an orphanage in Da Nang. More importantly, I visited the government hospital where I was born. A kind doctor was fortunately able to uncover my birth records that survived a severe flood—in that moment, my heart grew tender.

I will forever treasure in my heart my first adventure back to Vietnam. However, I have been Americanized and have ‘adapted’ to the life of an American. 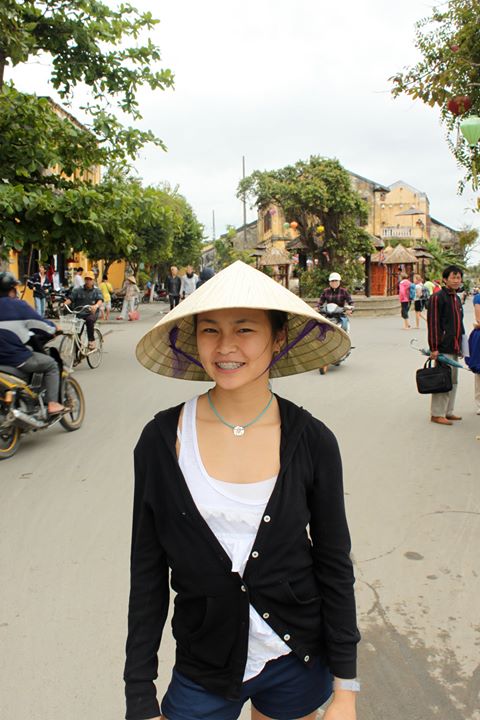 Coming to Emory University, I appreciated the intellectual and cultural diversity the school has to offer. From being a member of Emory’s Track and Field Team to taking advantage of the incredible academics, emerging myself in Greek Life, volunteer work and forming forever friends, I am grateful to say that I have fully involved myself in college life. 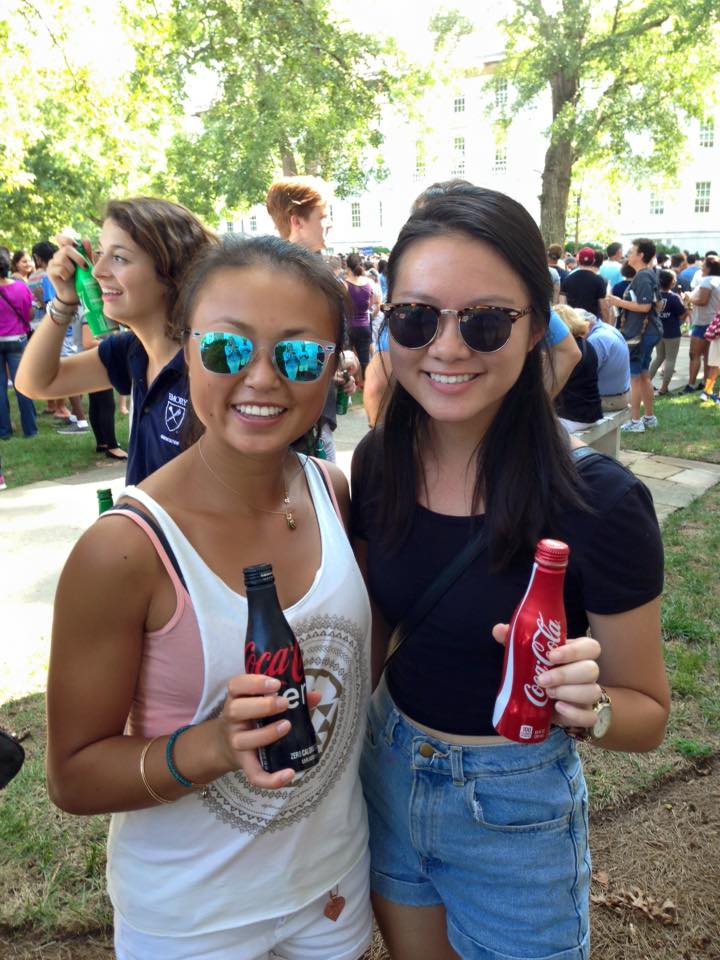 However, I did not escape the Asian stereotypes, association mistakes, and the adoption-revealing reactions I was victim to in NYC. Though, compared to the past, I am no longer sour towards the reactions I receive or the identity mistakes people make. I just breathe and laugh it off.

Self-deprecation helps me cope when I begin to feel attacked. For example, the most famous stereotype is that all Asians look alike and that we’re all Chinese. One of my friends told me she ran up to give me a hug from behind but, a second too late, realized the short, black haired Asian girl was not me—whoops!

Another example, would be when a middle-aged Asian man asked if he could share a table. Even though my friend was coming to meet me for lunch, I felt rude rejecting his request.

Long story short, when my friend arrived, she introduced herself as any person would; so it was me, my friend, and a stranger. Here’s the catch: After the stranger left to refill his plate, my friend asked, “Is that your dad?” I looked at her dumfounded, and we both died of laughter. In her defense, it was parents weekend, so I understand why she thought the stranger and I were related. 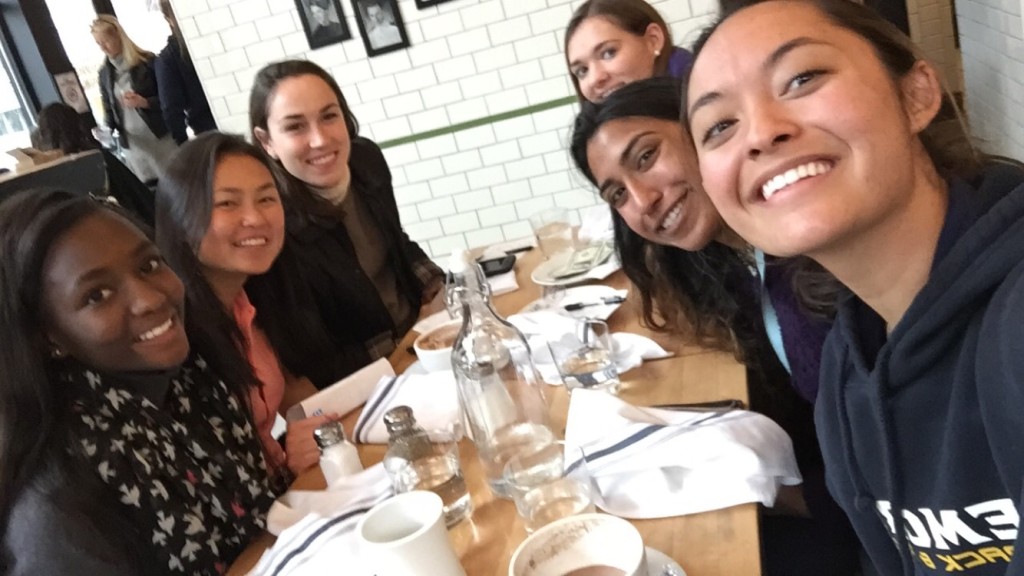 Some of the freshman Track and Field Girls at brunch 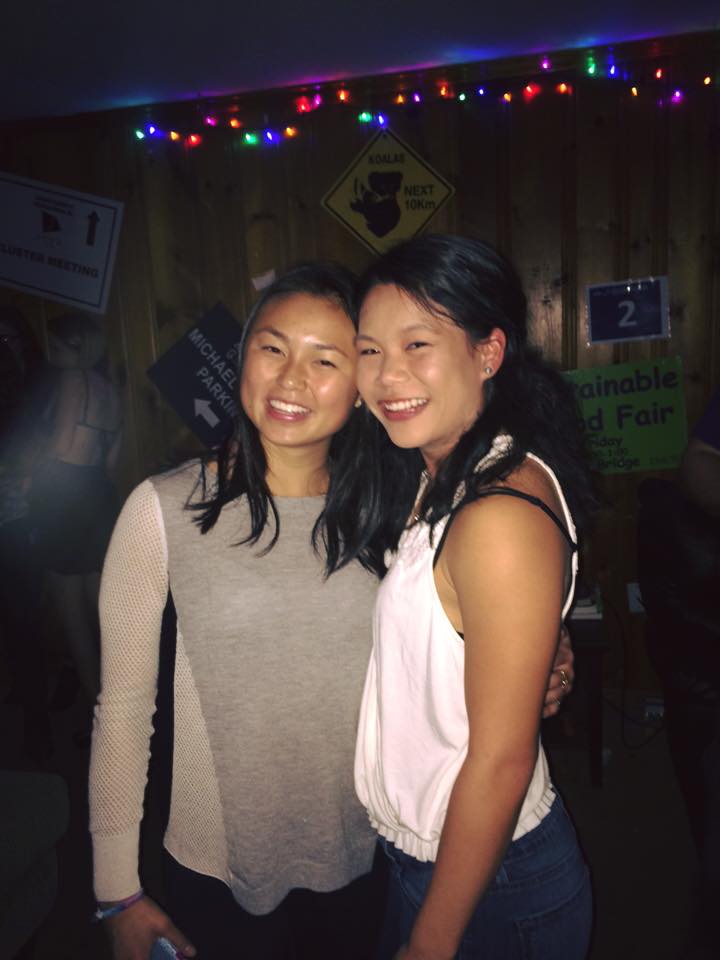 Night life at Emory with Katie

The last time I can recall, I have only delved below the surface of I’m adopted, and explained my entire adoption background maybe two or three times at Emory. Each of these instances, I felt the urge to elaborate because I have pride of my history and know they are intrigued and want to know more about me. I pick and choose the sections to share, but ultimately provide them with a nutshell narrative and allow them to direct the conversation with their questions.

The one question that I am always asked is, “Do you know your birth mom?” Talking about my birth mother is a very sensitive subject. I have considered searching for her but still equivocate with myself.

As much as I want to meet her and thank her for allowing me to have a life with a family who could provide for me, I do not know if she would want to meet me. I refrain from allowing my selfishness overcome me because I can’t imagine the mental and emotional struggles she faced when making the decision to give me up to an orphanage. Even if I search and end up finding her, the ball is in her court, meaning she will have the final say on whether or not mother and biological daughter reconnect after nineteen years and some.

So, when I am questioned about my birth mom, I explain that I would love to meet her, but it’s up to her because I do not want to disrupt her life in any way. I know she loves me and I love her, but I have to accept whatever answer comes my way.

Nevertheless, I would not say that my Vietnamese roots departed from me, but rather that I use my heritage to translate my unique story to others and to generate an understanding of adoption. I am delighted to discuss my adoption and gleefully share a laugh with family, friends, and strangers when an Asian stereotype is expressed or when an identity error is made. Adoption is a part of me and I want to share my experiences with others.

Feel free to approach me and inquire about my past because although I am Americanized, Vietnam will always be in my blood.