Anonymous Emory students defaced the University in support for Trump

This morning Emory students woke up to an ode to Trump.

Some one or some group of people has chalked support for Trump all over campus. The perpetrators have written “Trump” everywhere from the library and DUC entrances to every tile surround Asbury Circle.

Here are just a few examples: 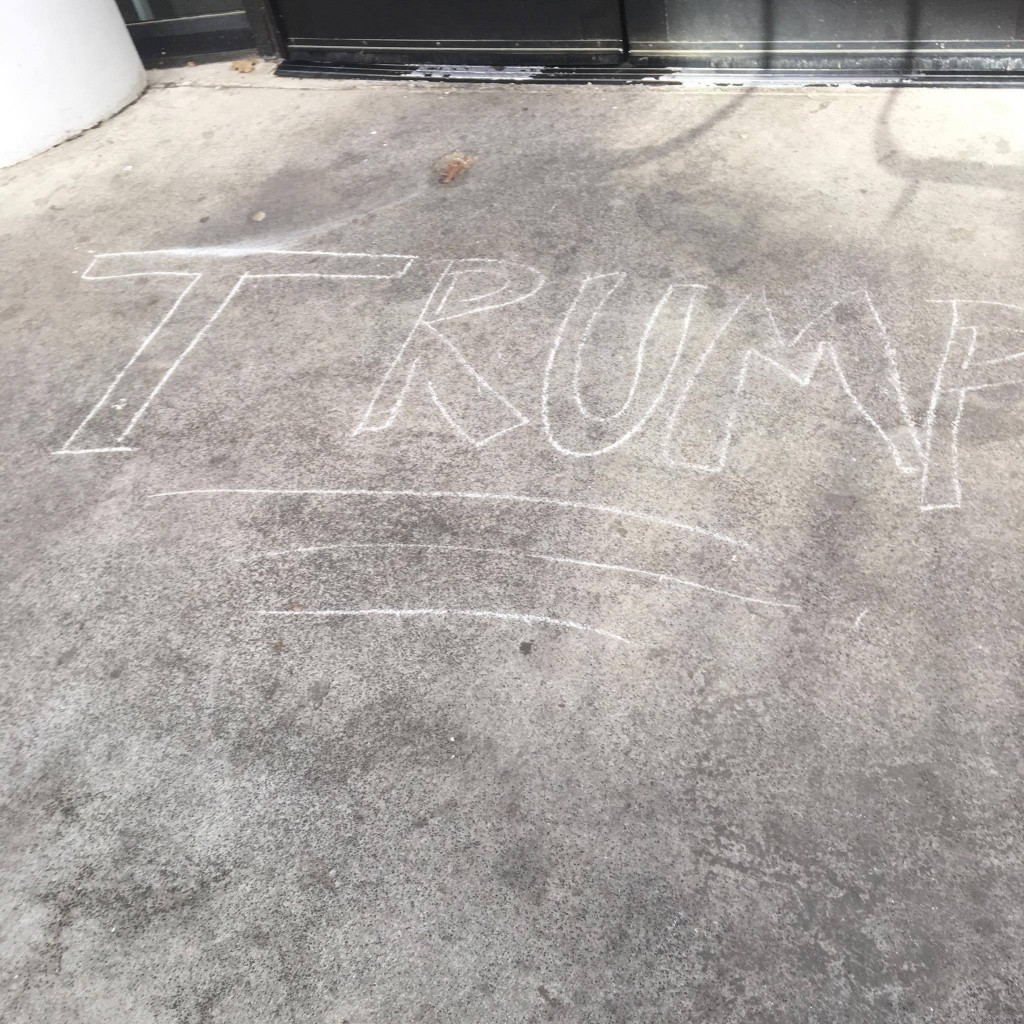 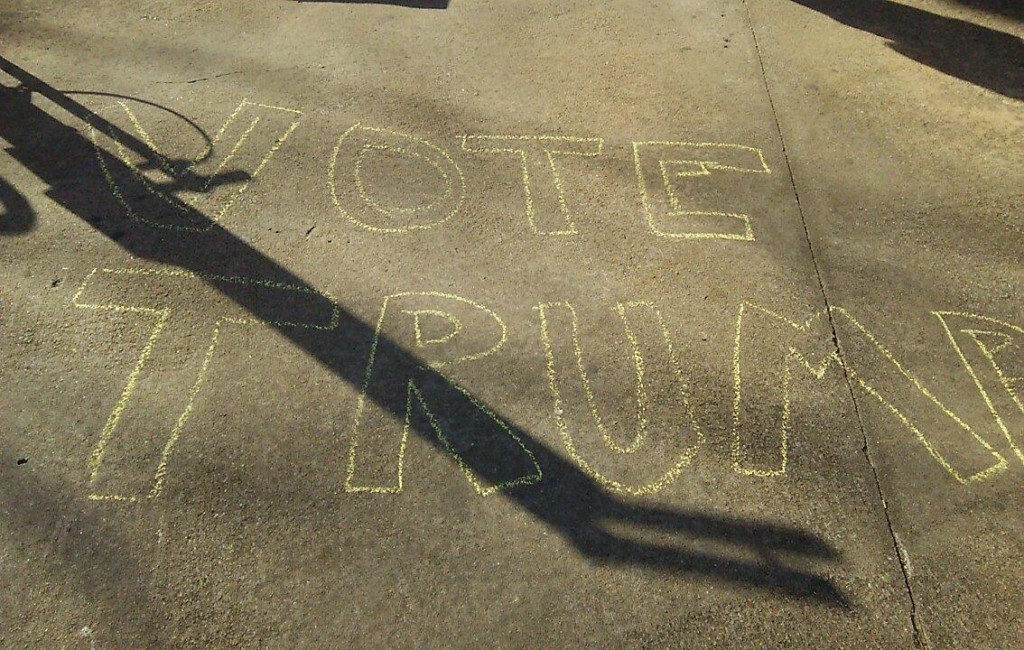 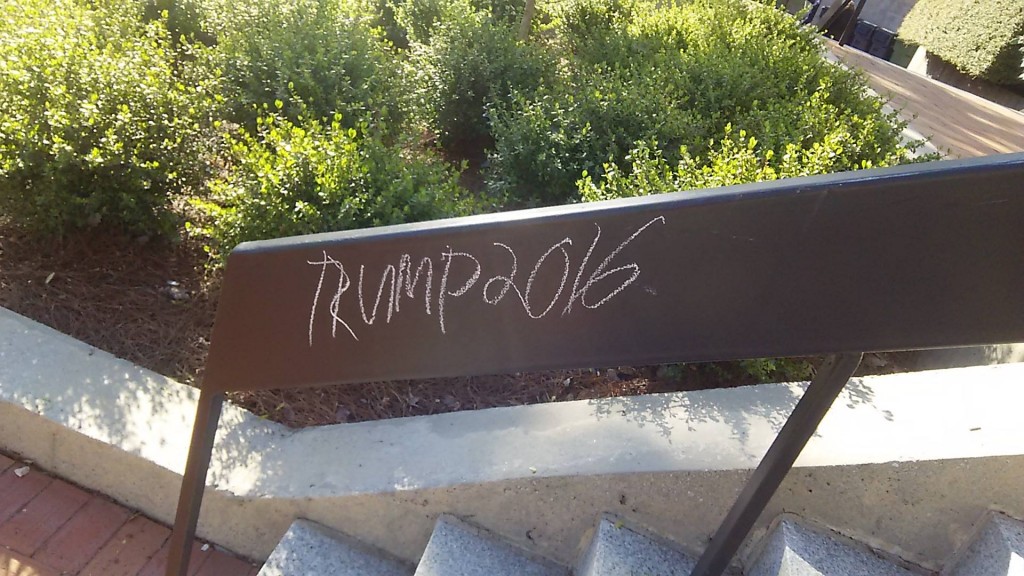 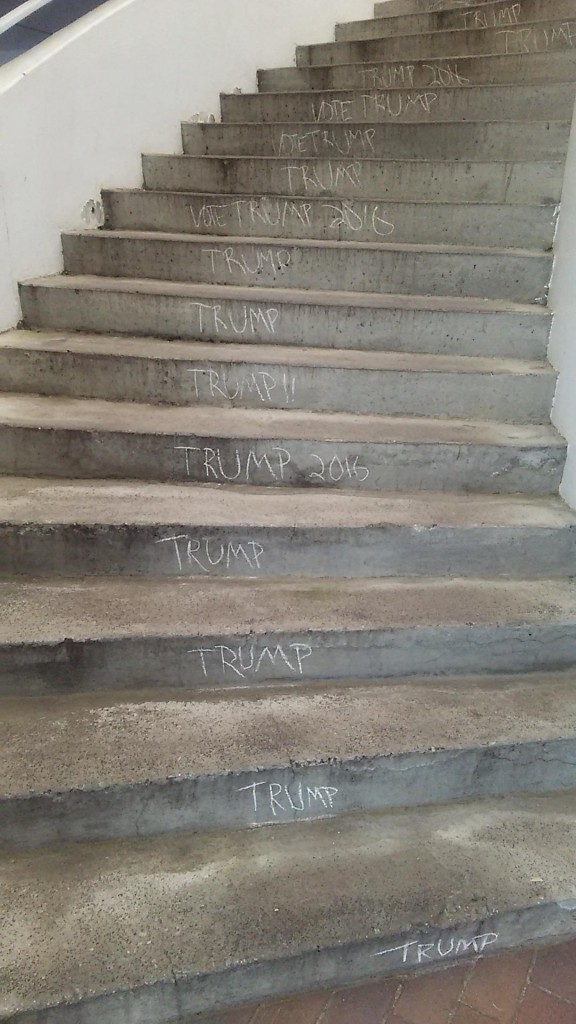 While many students see the graffiti as a joke: 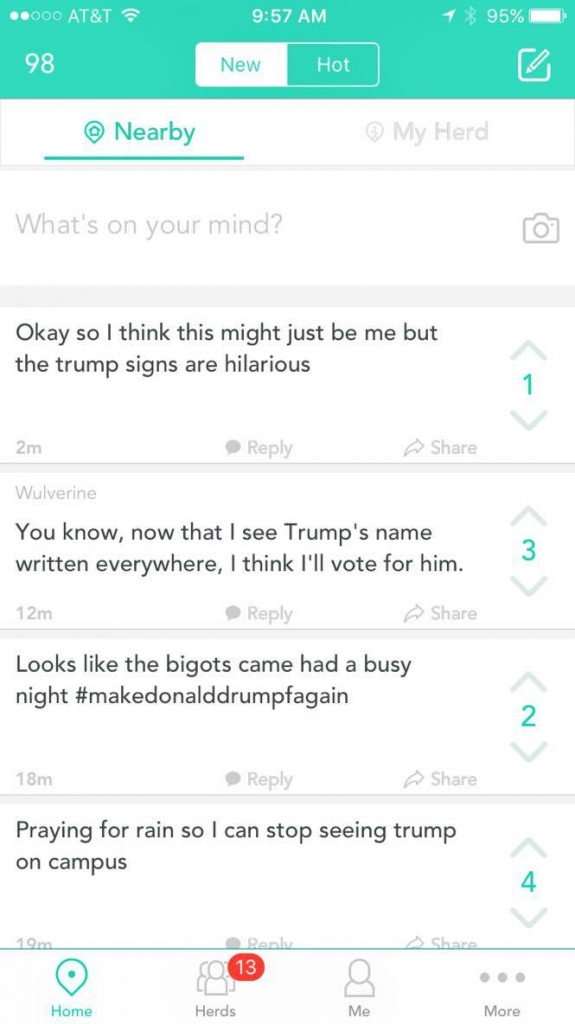 Some have criticized the vandalism as a display of cowardice: 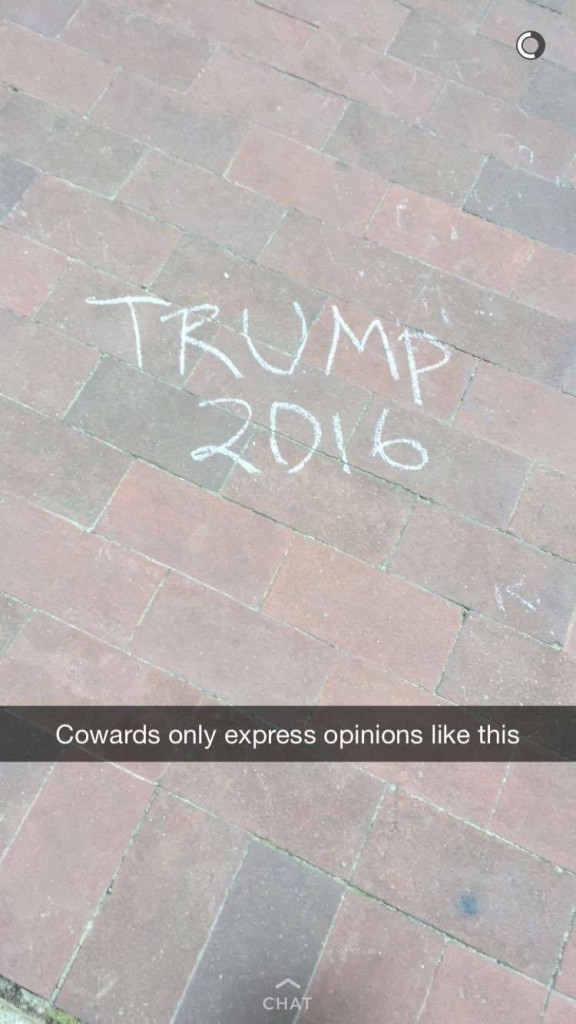 On many college campuses support for Trump isn’t exactly broadcasted given his offensive nature. This may be a sign of an actual silent majority coming out or it can just as easily be a very thorough prank. 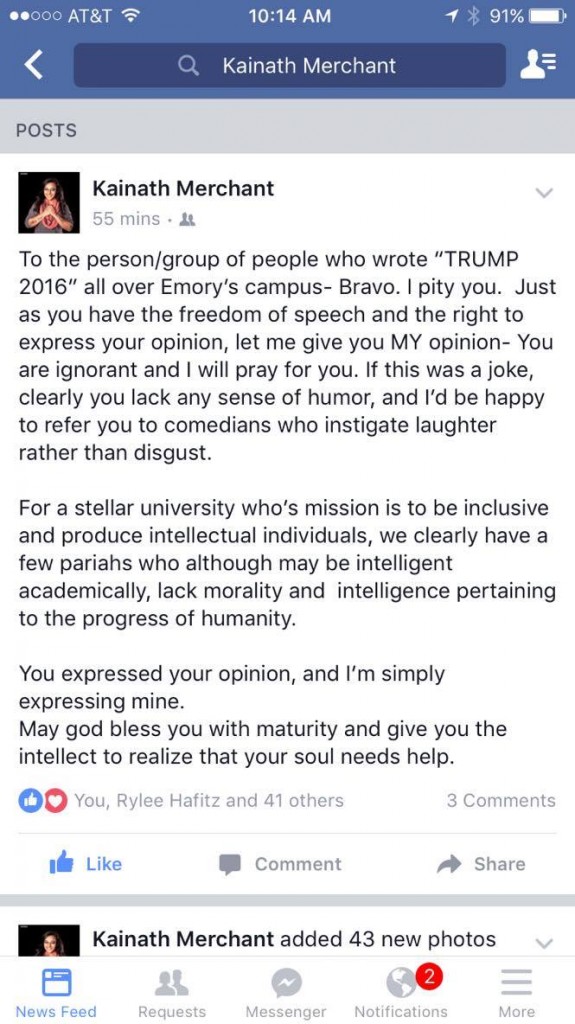