Slurs, attacking black, Jewish, and gay people at Duke University were painted on East Campus Bridge when students turned up for an event yesterday.

The Duke Chapter of NAACP had hosted a bridge-painting event for students of color to write reasons why they were voting in this election on Duke’s graffiti bridge, and a racial slur was painted in big, red letters when they arrived.

The offensive slur, which said “fuck niggers,” was painted on the bridge, a place where Duke students often express themselves. 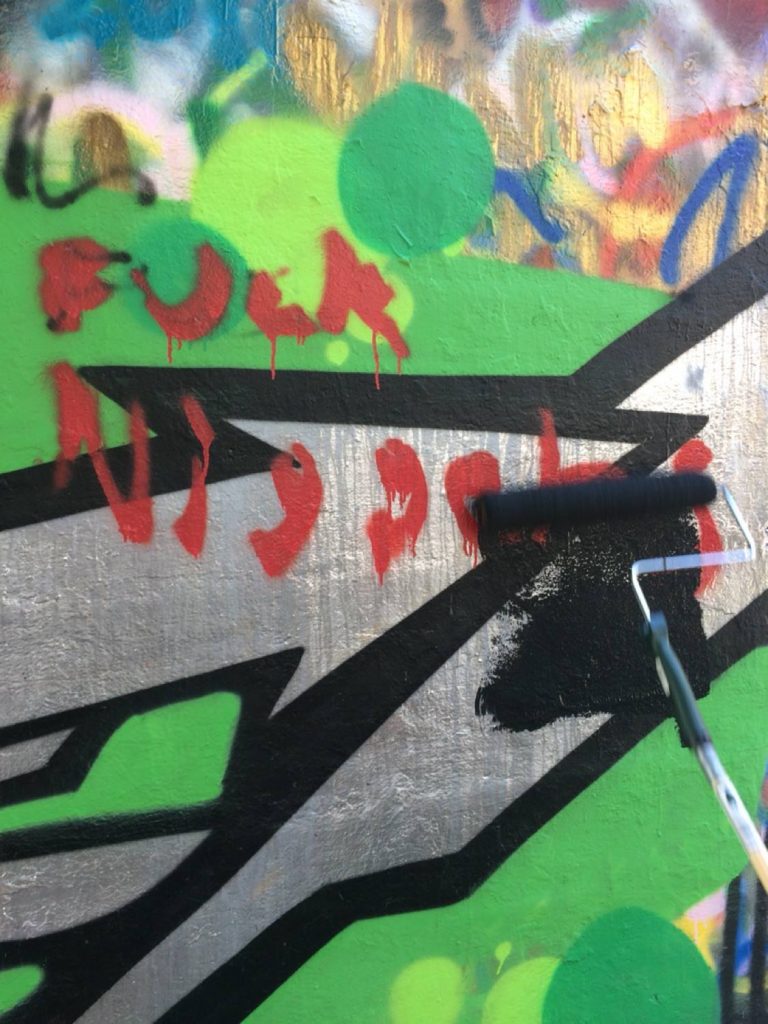 Picture taken from The Bridge

Duke NAACP President Guilbert Francois said in an email to The Duke Chronicle: “When we arrived to begin painting for our event, we noticed the hate speech and chose that area to paint over.

“As we were waiting for the other student groups to trickle in, my kids wanted to read some of the messages that were on the tunnel.

“As we walked through the tunnel, we arrived at three derogatory messages targeting various identity groups. After having a conversation with my kids about the messages, I suggested to the student groups that we focus on that portion of the wall to paint over.” 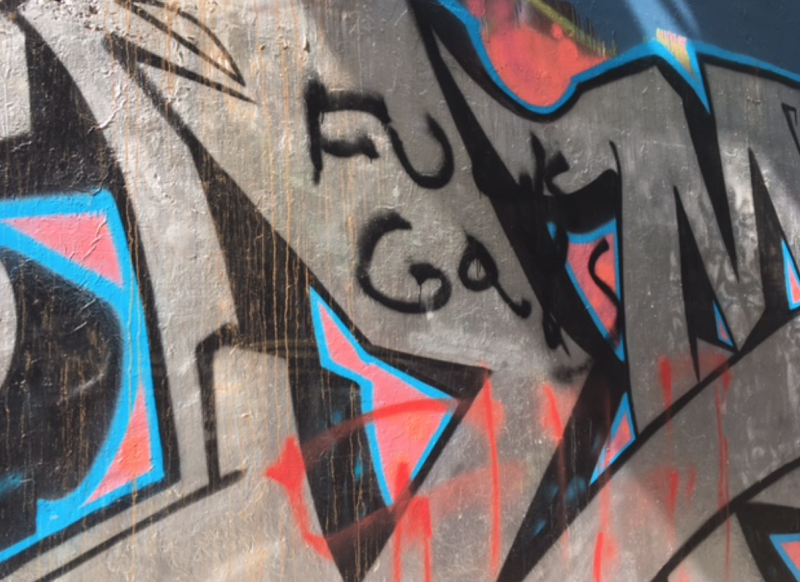 In a statement, Duke NAACP said:

“The hate speech covering the graffiti wall was unfortunate, but perhaps more unfortunate was that the existence of the slurs was genuinely unsurprising to many of the students present.

“Racism and homophobia are not relics of an ancient and forgotten America—or Duke, for that matter—that has since been cleansed of imperfection with time.

“They are instead inevitable in the experience of many of the students on this campus.

“Extreme examples such as this only serve to remind us of the work that remains to be done in ensuring that members of our community feel safe during their earned pursuit of academic excellence.” 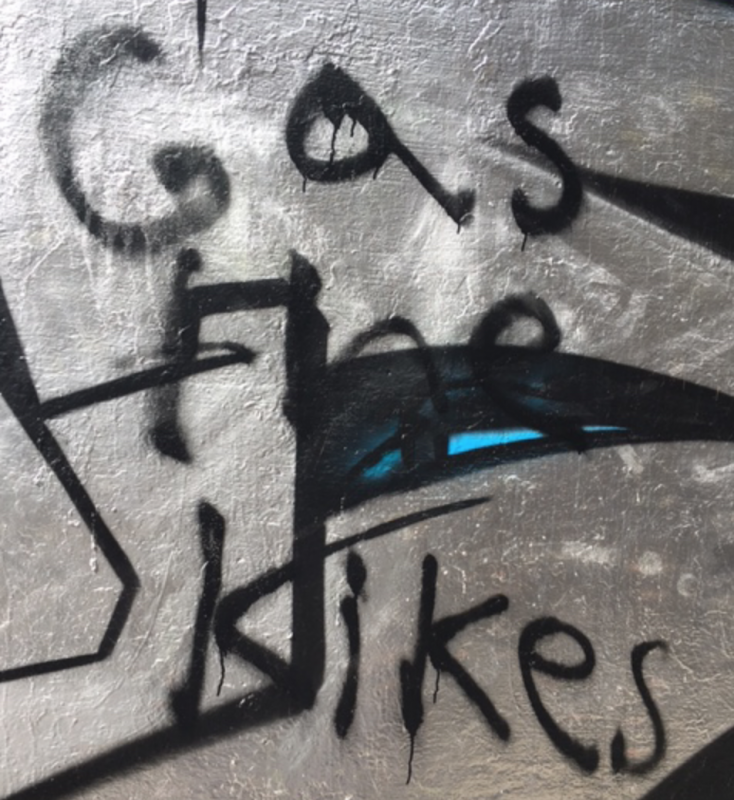 Yesterday they were painted over with thick, black paint, and replaced with other thought-provoking phrases, such as “end persecution of the innocent, we can’t afford not to.”

Symonne Singleton, a student writing in an article in the Bridge, said:

“We are hyperaware that many people on our timelines, in our classrooms, and in our government see us as second-class citizens undeserving of equality or protection. I am no longer surprised when I see acts of hatred like this, because they have been an unfailing consistency in my experience as a Black woman in American society.” 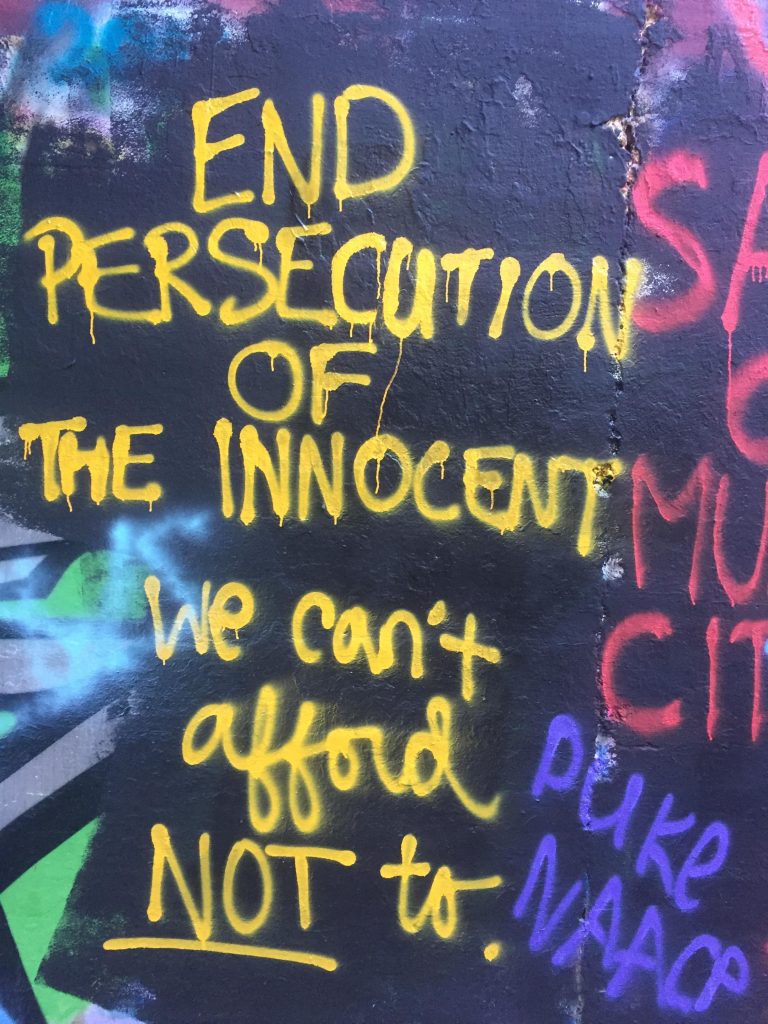 Last year, a similar instance happened with a homophobic slur written on the inside of a bathroom stall.