‘Imagine a world without sexual violence’: Meet the students behind The Vision Wall

‘Hooking up could be fun’

“I wouldn’t have to fear whatever I did every second.”

“I wouldn’t spend so much time crying.”

“I could trust people and connect.”

“I could be happier.”

Each of these quotes, along with many others, were written on sticky notes and displayed on the walls of the Marketplace and West Union, the two main dining halls of Duke University this September. 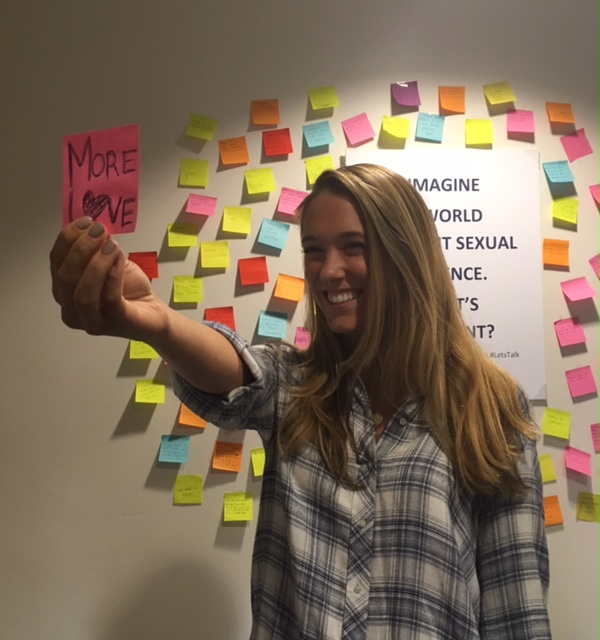 Duke University’s class “Stories for Social Change” has put up its third Vision Wall, stimulating people to think about the brutal reality of gender discrimination and violence.

As students, faculty and visitors walk down the halls of Duke University, they’re asked to “Imagine a world without Sexual Violence. What is it like?”

The Vision Wall was an initiative started two years ago by Duke University’s service-learning class “Stories for Social Change,” instructed by Lynden Harris and Madeleine Lambert, both of which have experience in the performing arts and a passion for women’s studies. 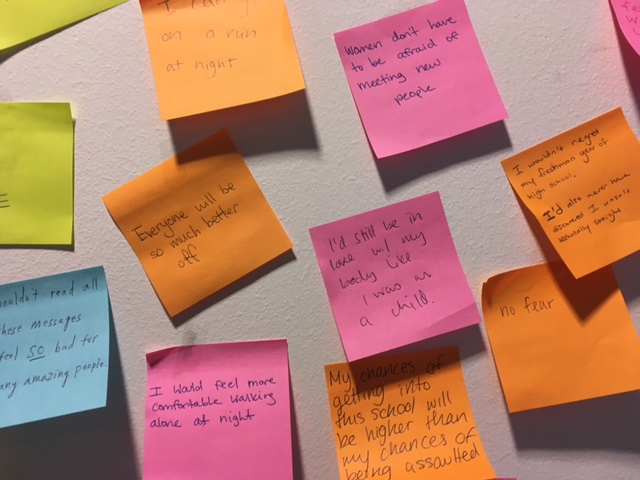 The project, sponsored by the non-profit organization Hidden Voices, aims to challenge gender discrimination and raise awareness of sexual violence on campus and beyond.

Jane Yu, a Senior who decided to spend one of the last semesters dedicated to this cause, told The Tab:

“We know that we need to talk about it, but it is such a hard topic to discuss, so placing a wall in a public place to discuss such an important yet silenced issue was definitely really cool.”

This year, a class of 21 students made great progress and expansion from the previous years. It was the first year to set up a wall on both east and west campus, and the students developed a specialized snapchat filter.

They reached out to schools all across the nation to encourage them to contribute to this movement. 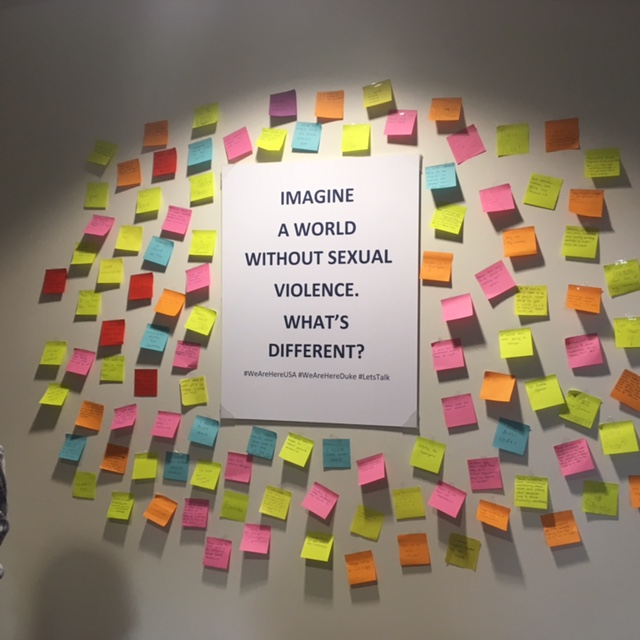 Lynden Harris, one of the instructors, told The Tab:

“One of the most exciting things about the Vision Wall is that it’s open to everybody. It’s a public presentation, so people who think of sexual violence as a peripheral idea sometimes see the wall and change their mind.”

“It’s also helping us realize that today, sexual assault is something we have actively created and it’s possible that we can do something. So we’re really hoping that by next year, we’ll have schools in each state to participate.” 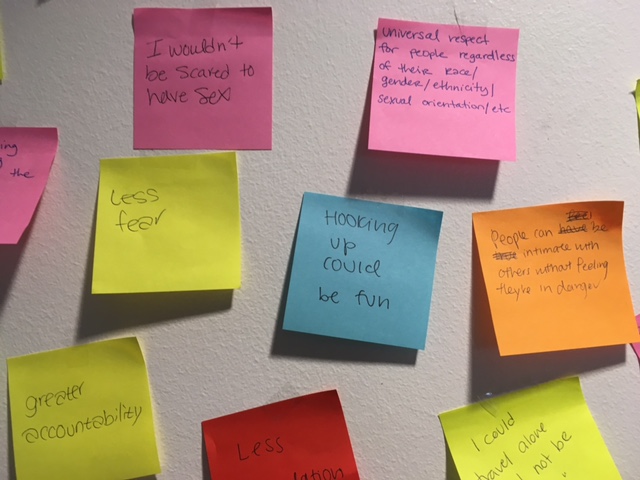 The project targets freshmen during the Red Zone Period, a time in the beginning of the school year when sexual assault incidents most frequently occur, so it was important that freshmen were taking notice of the wall. Ketan Gupta, a freshmen walking out of the Marketplace, said it worked:

“I think to make an impact, all it has to do is start a conversation and it [The Vision Wall] definitely succeeded in that.”