The conundrum of modern activism

A few days ago, a male friend of mine asked me if there was a program at Duke that’s similar to the Baldwin Scholars program, but for men.

“No, why would there be? Guys here don’t need empowerment and support, women do.”

He was immediately taken aback by my seemingly unnecessary feminist response. According to him, Duke is a place where men and women are entirely equal, an exception to the otherwise normal rules of society. Here, there is no sexism, no discouragement of female leadership, no preference of men over women. As far as women go, Duke’s campus is a utopian bubble.

I wasn’t sure if to laugh or start running in circles, screaming.

Didn’t he know that I get catcalled every time I walk past construction workers, or venture out just a few streets off campus? That if he walks by the administration offices in the Allen building, he will see female secretaries all working for male heads of administration? That every time I go pee in a public stall, a three by five sticker on the inside of the door’s wall reminds me that one in four women are sexually assaulted on a college campus, but not to worry because I “will be believed” if it happens to me? 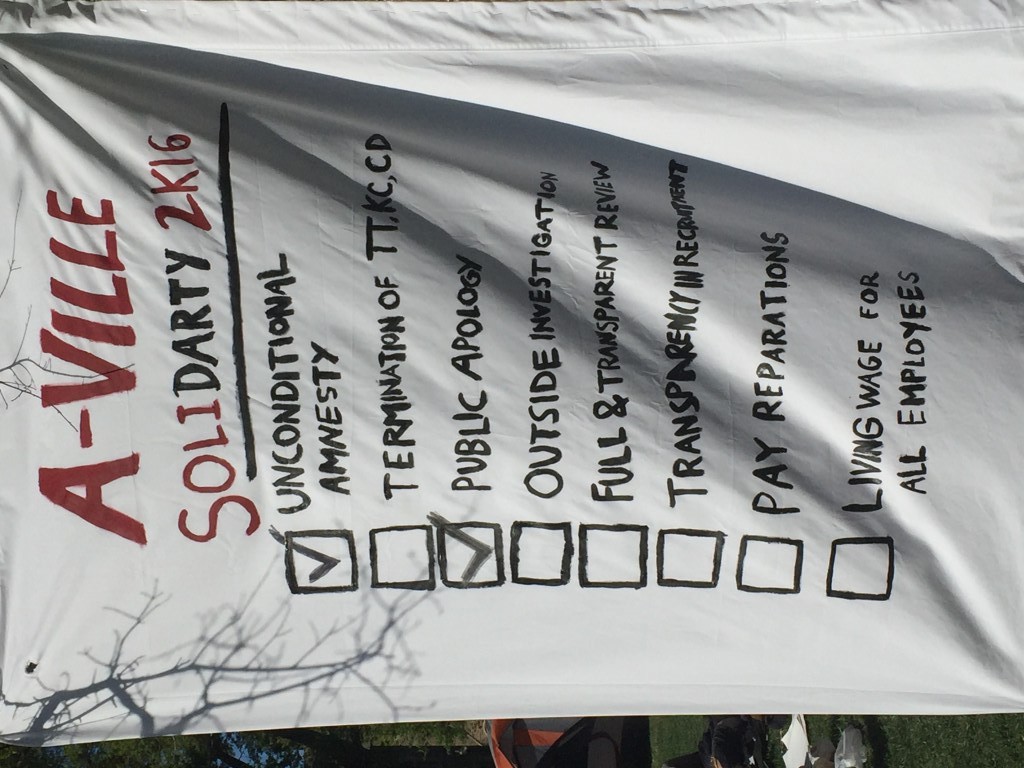 The problem with modern oppression and what makes activism is so hard is that the lines dividing us are no longer obvious to those with privilege, and this rings true for many different minority groups. Things like racism and sexism have become internalized within ourselves and within our social structures, making oppression very hard to point out to those who are not directly suffering under it.

Take the Allen protest, which is still being maintained by several tents out on the quad facing the building. These kids finally found something tangible that proved the vitality of racism within Duke’s campus, the episode involving white, male Duke administrator showing racist behavior towards black, female parking attendant, and they tried to spark a school-wide protest using the incident as proof of institutional racism.

The issue is, a series of reforms or a set of new laws will never make things right in this case. The students aren’t waging war against the system, they’re waging war against the intrinsic discrimination that’s going on in people’s heads, manifesting itself in a very divided society and an occasional scuffle in a parking lot.

A beautifully written article by Jay Sullivan that was published in the Chronicle several weeks ago called all students to act in solidarity with the oppressed black workers at Duke, whether or not they agreed with all the specific details and demands of the Allen protest. It compared those that were tenting and speaking out against the injustice to mini Martin Luther King Junior’s- these are the modern radicals, Sullivan argues, the twenty first century’s voices echoing those who fought in the Civil Rights movement.

Unfortunately for our mini-MLK’s, things are not the way they used to be in the 50’s and 60’s. Blacks and whites don’t drink at different water fountains. There are no laws that give whites specific priorities or preferences. Black children and white children can hold hands, and play on the same playground, and go to school in the same buildings.

What divides us by race are not laws anymore – what divides us is reality. If you walk into practically any cafeteria on campus, you will see an almost entirely black kitchen staff. Take a look at the school’s Board of Trustees, and the color scheme switches. Obviously, there’s no law you can pass that says, “Workers, janitors, and kitchen staff members should be composed of an even amount of black and white workers, because, c’mon, guys, it’s the twenty-first century already, let’s see some diversity in here.”

“The president of the university and all his closest advisors should probably not always be old white men, because honestly when was the last time a black or female administrator was running the show, plus old white men are gross.”

Do any of these sound legitimate to you? Racism and sexism still exist, and oppression in all its forms is just as real as ever. But it is no longer as visible or simple as it was in the past. 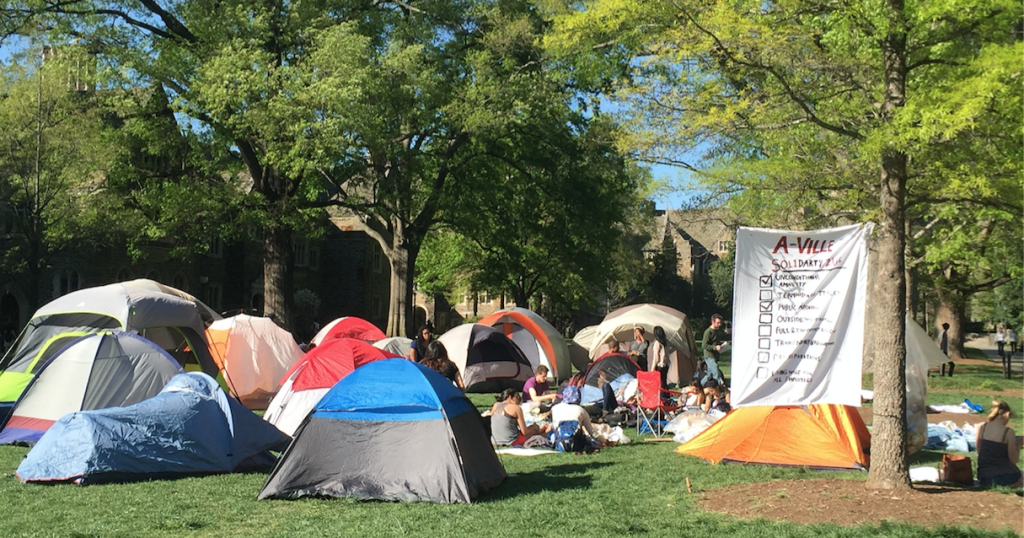 Recently, two friends of mine got into a debate about women’s soccer. While one believed that female soccer players should be payed just as much as their male counterparts, the other pointed out that simply raising the athlete’s salaries was not possible, because female soccer games do not produce as much revenue as men’s games. In this case, she proved, women getting paid less for the same job is part of a larger, socioeconomic problem: women can’t make as much as men because not as many people pay to go to their games.

Again, how do you solve this? “More people will be required to go to women’s soccer games because women are just as awesome as men and therefore deserve the same amount of attention and salary?”

Back to the argument with my clueless friend about Baldwin, I tried explaining to him that there was a clear disparity between females and males in positions of power at this school, that Duke is no exception to the sexism we see in businesses and institutions all about the world.

“There is literally a study that proves that women on this campus are more likely to run for positions in, say, their sorority, than in student government, and that they graduate with less confidence than they started at Duke with. That’s why we need programs like Baldwin.”

And he was right. Technically, female and male students can both run for whatever positions they want. Technically, blacks and whites have the same opportunities.

But we’re not fighting a technical battle. Technicalities were fixed long ago (for the most part). In the modern age, oppressed groups are struggling in an implicit, intangible way. Yes, women can run for student government, but they don’t. Janitors and cooks don’t all have to be black, but they are. Administration doesn’t have to be composed of exclusively white males, but it practically fucking is.

Today, we’re struggling with the why: why are we still divided by these racial/gender lines, when we don’t legally have to be? Why do women shy away from positions of power? Why do men feel more confident dominating classroom discussion? Why do the old white guys still run the show?

The answers to these questions and the solutions to the problems they imply are not only complicated, but they are also deeply rooted in the way we think, the way our society functions, and the way we’ve been doing things for decades. Changing them, and and working towards a more just, equal, fair society, is going to take a lot more than a sit-in and a female empowerment program. It’s going to have to confront economic disparities and institutional oppression, it’s going to have to get the attention of every white, male, privileged person on or off campus, and it’s going to take time. Lots and lots of time.

I don’t believe that Duke is an awful place full of racists and sexists and privilege, I just don’t see this campus as any sort of exception from the rest of society. Just because it’s an institution focused on learning doesn’t mean that we’ve learned all the lessons that history has had to show us, and just because we have plenty of students and professors does not mean that we always know the right answers (or even what questions we should be asking). 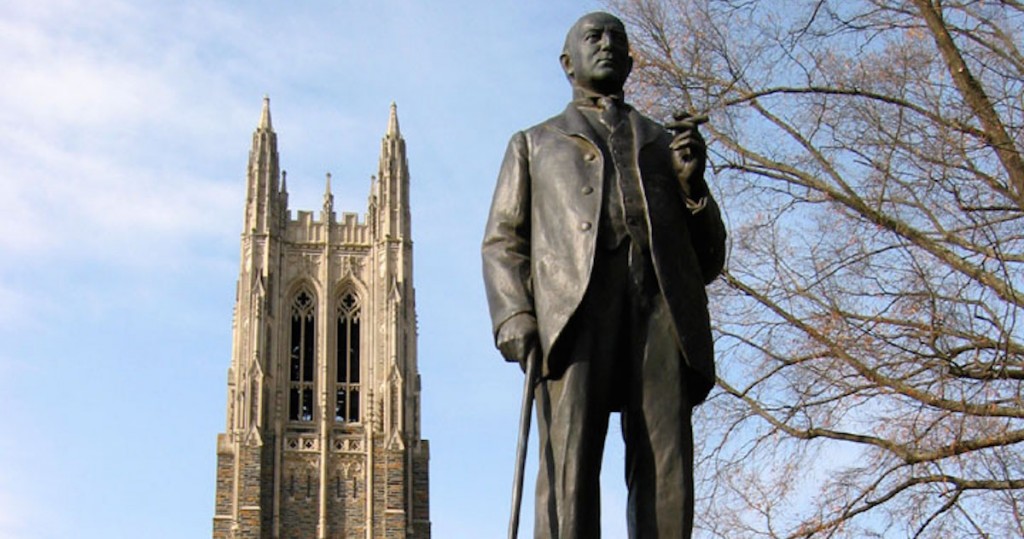 Although Martin Luther King Junior has plenty of quotable lines about social justice and activism, I think his beliefs about relationships were particularly important as well: “I have decided to stick with love. Hate is too great a burden to bear.”

Duke students need to stop yelling at each other for protesting, for not protesting, for speaking out, for remaining silent, for being too radical, for not caring enough. There are enough boundaries separating us as is. We need to understand that this is not a condemnable, malicious place, nor is it a utopia. This is just another American institution with the same problems and tensions as any other.

The question of where we go from here is up to every individual that constitutes this University, from Jake Sullivan and my privileged male friend to the Baldwin scholars and the Allen protesters.

Only time will tell if these individuals, if we, are willing and ready to fight the reality that exists on a different plain than the one we’re used to fighting on, the one MLK certainly wasn’t dreaming of.

Though I chose to focus specifically on the oppression of women and of blacks for the sake of my argument in this article, I do acknowledge that modern racism and sexism affect many different minority groups in many different ways, groups that I failed to mention, both on Duke’s campus and off it.