The secret life of the injured athlete

I grew up wearing high socks and kneepads. In the seventh grade, volleyball became my first athletic endeavor. It was the first time I made friends as close as sisters and felt I had potential to be something great.

By high school, I was practicing around five hours a day. My whole identity had become my sport, and I loved every second of it. By the end of my sophomore year, I had committed to play volleyball for Duke.

Senior year, I was selected as an All American and was invited to play on the Junior National Team. I was invincible, confident, passionate, and, most importantly, happier than ever. All the hard work kept paying off.

Like most other fall sports, I showed up to Duke’s beautiful campus in July to work out with the team. I was so excited to come in and was determined to make an immediate impact.

Unfortunately, life took a detour. Only my second time playing with my new teammates another girl and I collided, seriously injuring my elbow. All I remember from that afternoon is a split second of the worst pain I have ever felt and then nothing. 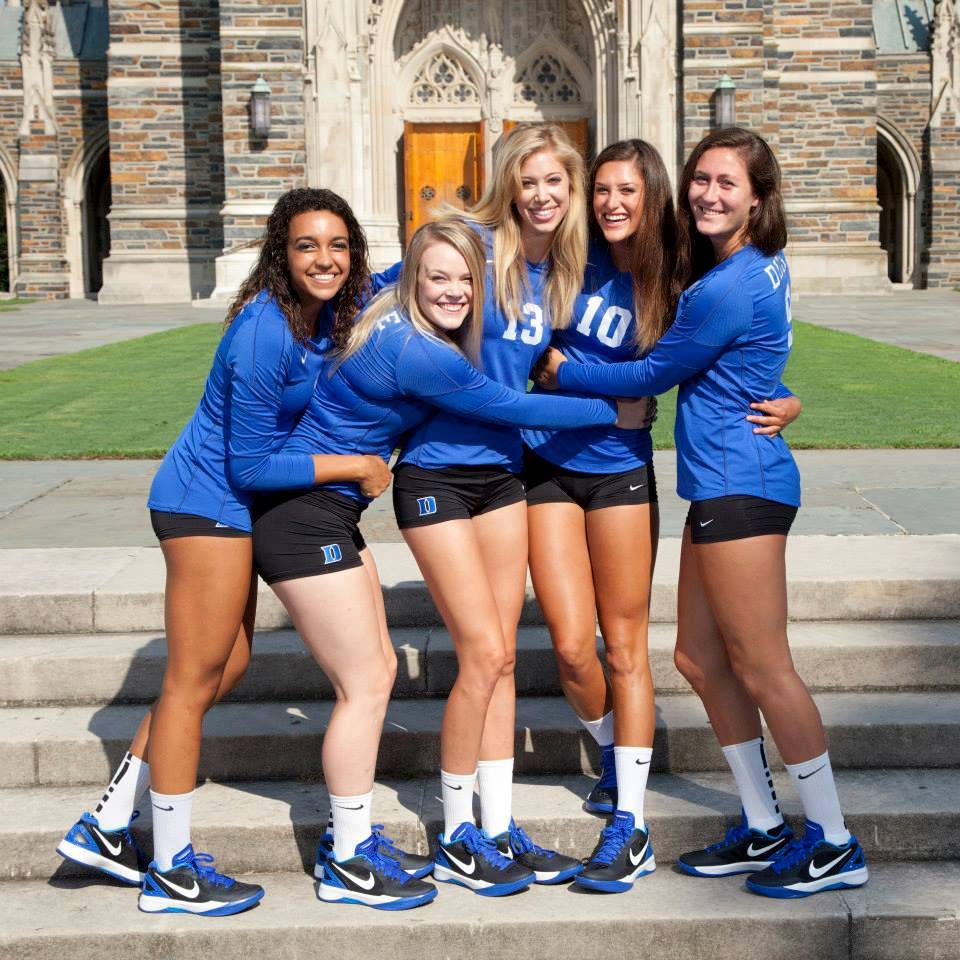 I was placed in an arm length cast and my hopes of making an impact during my first year were doubtful at best.

An injured athlete is in a weird position. We were brought here to play our sport. We wear our team gear to class, study in the student athlete academic center, meet and watch film with our coaches, and practice for up to four hours with our teams. Much of our day and a large part of our role, perceived or real, on campus is the athlete in student-athlete.

Before this unexpected injury, when someone asked who I was, I would respond with “I’m Breanna Atkinson, and I’m a volleyball player.” I would soon realize how dangerous of an answer that was now that I was no longer able to play the sport I so strongly identified with.

Over the next semester, I turned to most anything that would distract me. I started leaning on nightlife to get me through. I tried other activities: art in the Arts Annex, cycling in Wilson, even photography. I wasn’t good at any of them but was used to being the best. I turned to bad stress coping habits.

Suddenly I had no answer to the question of “Who am I.” I no longer recognized myself in the mirror.

The recovery slowly happened but was not to last. Fast forward to a year later, and I was seriously injured again. What was originally a small ankle sprain turned into a whole slew of painful problems. My knee-high boot became a regular accessory for about a year, and I became a frequent flyer of the training room.

That next year was even harder than the first. This time, I knew to give up on my long time dream of playing professional volleyball. Instead of pretending that I didn’t care and falling into what I now know were beginning signs of depression, I decided to finally open up to a select few of my friends and committed to diversifying myself and taking responsibility for my own happiness.

Finally, by the beginning of my senior year, now injured for over two out of my three years on the volleyball team, I had found friends and activities outside my team that made me feel happy once again. My identity and confidence had expanded to more than being defined as ‘athlete’ first.

Against my coach’s suggestion, I had taken advantage of my junior summer and studied and volunteered abroad in lieu of staying on campus for more rehab. It was the first time I can remember doing something for myself and not for others. I felt so fulfilled and happy, similar to how I felt before those injuries. 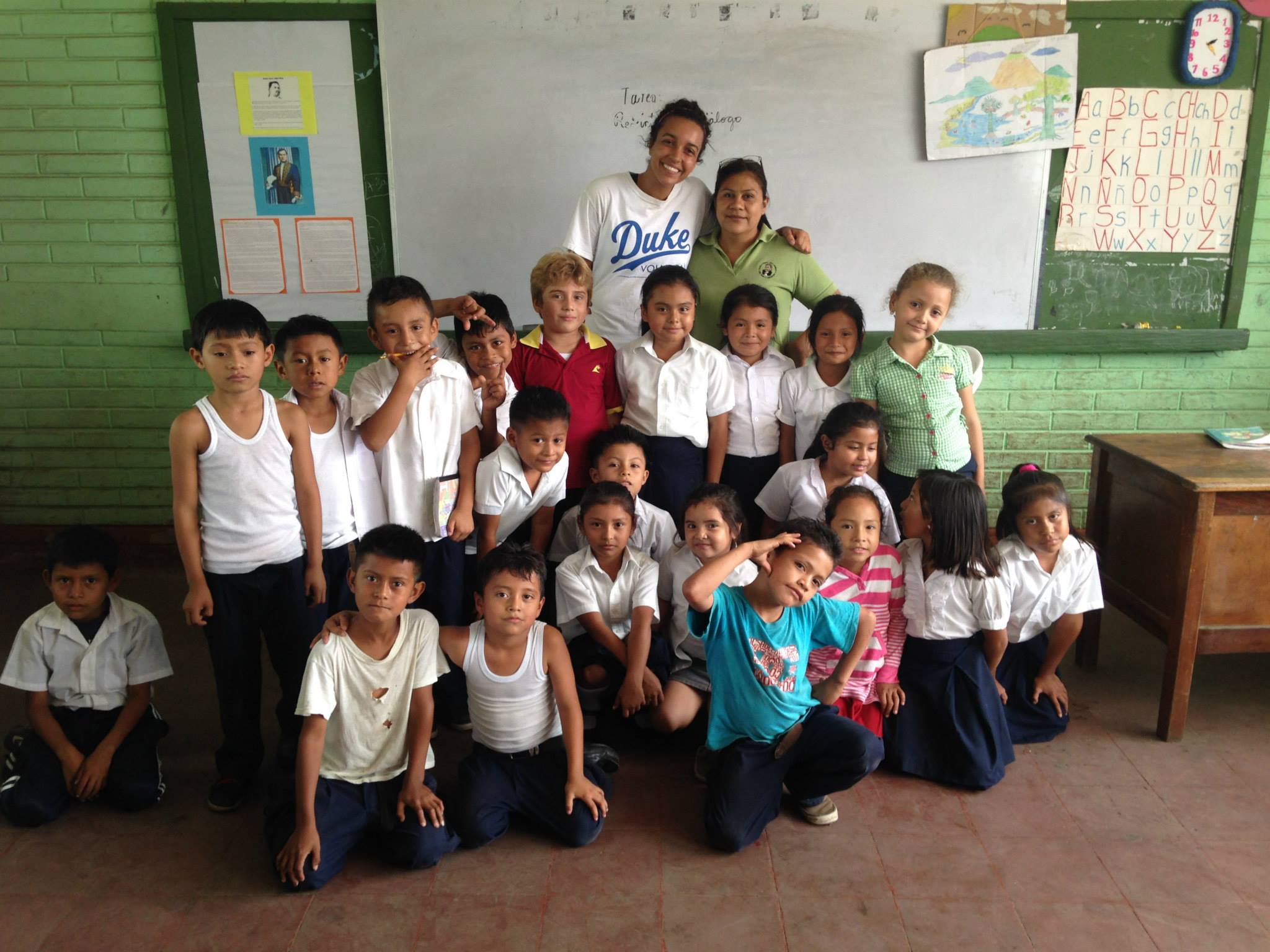 These choices did not come without a price. On more than one occasion, I had my coaches and teammates telling me they were concerned that I was checked out and not 100 percent invested. In some respect, there was some truth to their concerns.

Although putting up a tough front was easier, it came with its repercussions. I was afraid to admit to others how hard this journey had been. I was conflicted with wanting to play the sport I loved but now having to play through a significant amount of pain in my elbow, ankle and struggling knees.

I had so many other things that I was now passionate about because of my time away from the sport. Although many reached out, I was having trouble relating to teammates. I wanted to contribute to my program, the one that got me into Duke and paid my entire way through, but pushing through my pain became too much of a sacrifice – physically and emotionally.

Time had changed everything. I saw my sport become a smaller part of me, rather than the whole. It no longer defined who I was. I had found myself again, but this time, in a more sustainable way. 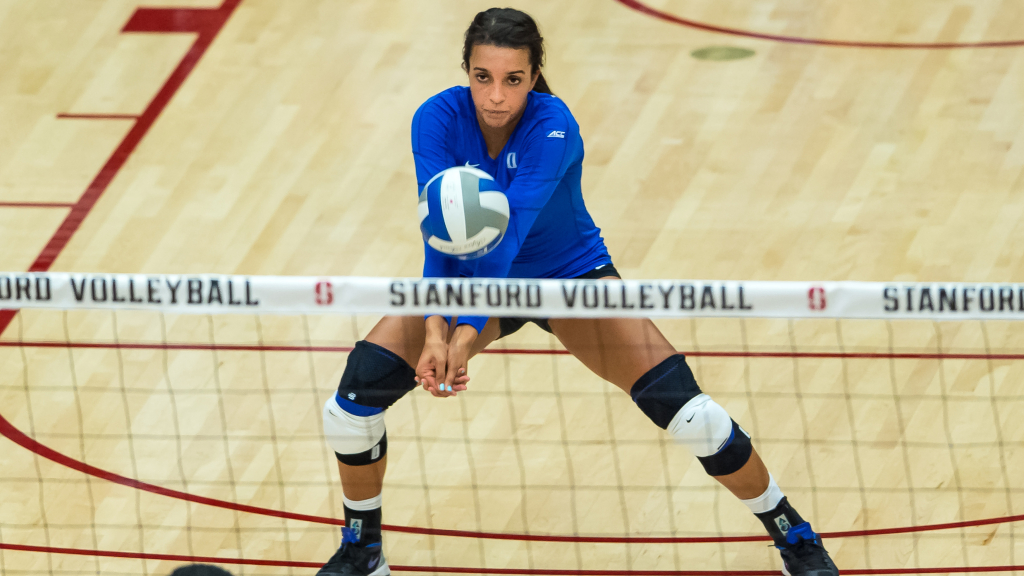 In season match with my double knee braces

Amongst elite athletics, there is a notion that if you are devoting your time or energy to other causes, you are not giving enough to your team. I felt that just because I was passionate about other things did not mean that I was not still excited about my sport. This was something I struggled with until the end of my athletic career.

This story is not an injured athlete sob story. If anything, I am eternally grateful for the injuries that brought wonderful people, experiences and hard-learned but valuable lessons into my life.

When you define yourself solely by what you are good at, you are living in a dangerous place. What happens when the injury occurs? Quite frankly for many elite athletes, it’s not if – it’s when.

At Duke, we pride ourselves in being a talented athlete, a future surgeon, or the next big CEO, but at some point we have all failed that test or have had trouble getting interviews. Do you still know who you are? Can you still look in the mirror and say “I know that person. And that’s someone I can live with every single day.”

I was sitting in an interview this fall, towards the end of my sports career. The interviewer walked into the room and told me to tell him who I am. Finally, after so many years of wrestling this question, I was ready to give my truest response.

I am Breanna Atkinson. I love doodling, reading, traveling, dancing with friends at Shooters and quiet Fall runs through the Duke Forest. I am confident, talkative, and sometimes too impulsive. Oh yeah, and I play volleyball.

Thank you to my teammates, friends, Duke Athletics and most of all, my athletic trainer, who were kind enough to listen when I needed an ear and patient with me throughout. Your kindness and investment in me has contributed more than you know to who I am today.