Opening up: My experience participating in the ‘What I Be’ Campaign

‘I am not my worthlessness’

Sixty seconds. That was the window of time where, in typical Duke fashion, students furiously scrambled to sign up to participate in the ‘What I Be’ project and meet with Steve Rosenfield.

I was one of those students, and with the Golden Ticket of the sign-up confirmation, I was on my merry way to displaying my insecurities to the world for the 447 Facebook likes that currently populate that picture. Looking back, bearing my soul for some Facebook likes seems like a pretty stiff deal.

When I met Steve for my session he asked me about listing an insecurity I have, and the first thought that popped in my head was, “Only one?!” Through further conversation and probing, I realized that many of my struggles and insecurities came from a core belief that I was not inherently worth anything as a person.

As a result of that belief, I’ve spent a lot of my time trying to be affirmed by those around me. Constantly worrying about what others think of you will literally drive you crazy. It’s driven me to many moments of shame by toilets, panic attacks that have left me laying in bed unable to do anything, and hours spent thinking about all the subliminal messages in the texts anyone sent me because I’m sure there are some.

This past year, I’ve become burdened with a heart to share not just about mental illness and my own story, but about how my identity as an Asian-American has played into that and the systemic ways in which people of my ethnic background can think and feel that are harmful. The What I Be project was an absolutely incredible opportunity to share my story and start that conversation.

As a second Generation Korean-American, my parents often told me to keep my head down and work hard, to make the most of every opportunity I was given. Less often, I heard the phrase “I love you”. Words of affirmation came only when I won awards or got A’s in school. Excuses were unacceptable, and complaints were for the weak. And in public, you needed to look like you had it all together, you keep your struggles to yourself. Period.

At Duke, there is this phrase that gets thrown around called “effortless perfection”. It’s the idea that you can’t just be good at academics, extracurriculars, and a social butterfly, but you have to make it look easy – sound familiar? Many people claim that knowledge of this supposed phenomenon means that individuals won’t suffer from it, but that simply isn’t true. 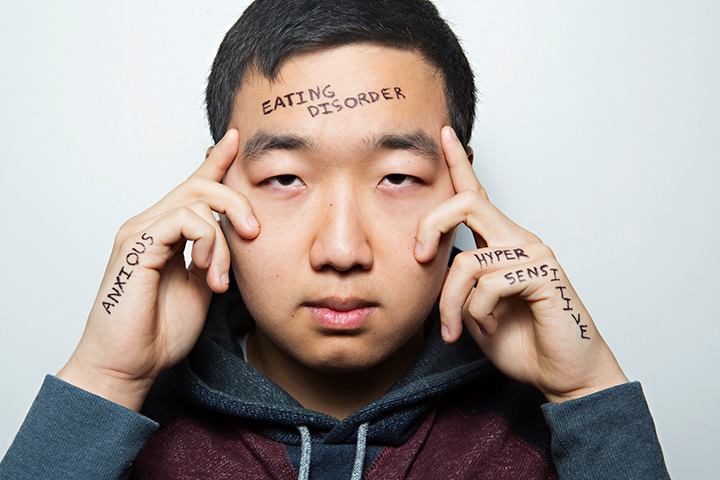 Through the Mental Health Edition of Me Too Monologues this past year, I had the privilege of performing a monologue where someone anonymously shared their struggle with this very phenomenon. Through its themes of self-harm and anxiety, the reality of mental illness in the lives of those around me became extremely clear.

The fact of the matter is, we all struggle. And something in the way that Asian-Americans deal with issues in this realm makes us statistically more likely to have emotional disorders than our parents and less likely to seek help for these illnesses than our White counterparts.

The Asian-American parenting style does some great things. We’re pushed to develop a strong work ethic at a young age, to set our sights on a goal and achieve it, as well as showing deep respect for our elders.

But there are some things that also aren’t so great. Like the idea that we burden others when we tell them about our problems. The idea that our external successes define our worth. And the absolute lie that mental illness isn’t a “real” illness and that one just has to “get over it”.

It’s easy for me to receive criticism because I can systematically take it, interpret it, and try to make myself better. But when I receive a compliment, I honestly don’t know how to handle it. My first instinct is to deny the compliment, qualify it in some way, or at the very least, shake my head in that “humble” way that Asian-Americans are taught to do. I find it much infinitely easier to list six things that are bad about me than three things that are good.

HOW MESSED UP IS THAT?!

There are many layers to the Asian-American narrative and while some salient issues I see are oriented around low self-esteem, carrying one’s burdens alone, and an unwillingness to take self-care if it costs us anything beyond a couple episodes on Netflix, there is a deep history and culture that needs to recognize and reconcile with the needs of this generation.

And I think the first part of that step is conversation.

Can being vulnerable hurt you? Absolutely. Will opening up always lead to better relationships with others? Not necessarily. But are you opening yourself up to the possibility of being loved and supported in the fullness of who you are? I’d like to think so.

So, let’s talk. Because nobody should have to carry their burdens alone.

Let’s talk. Because we’re all broken in some way.

Let’s talk. Because you are worth it. And I’m worth it.