A British freshman goes to his first Duke rager

A crash course in college

I came from a conservative, British, all-boys private school which was established 700 years ago.

I’m issuing this disclaimer so you understand why the States, the girls, the flags, and the red cups all still fascinate me.

This is the story of my first rager since I became a freshman at Duke. 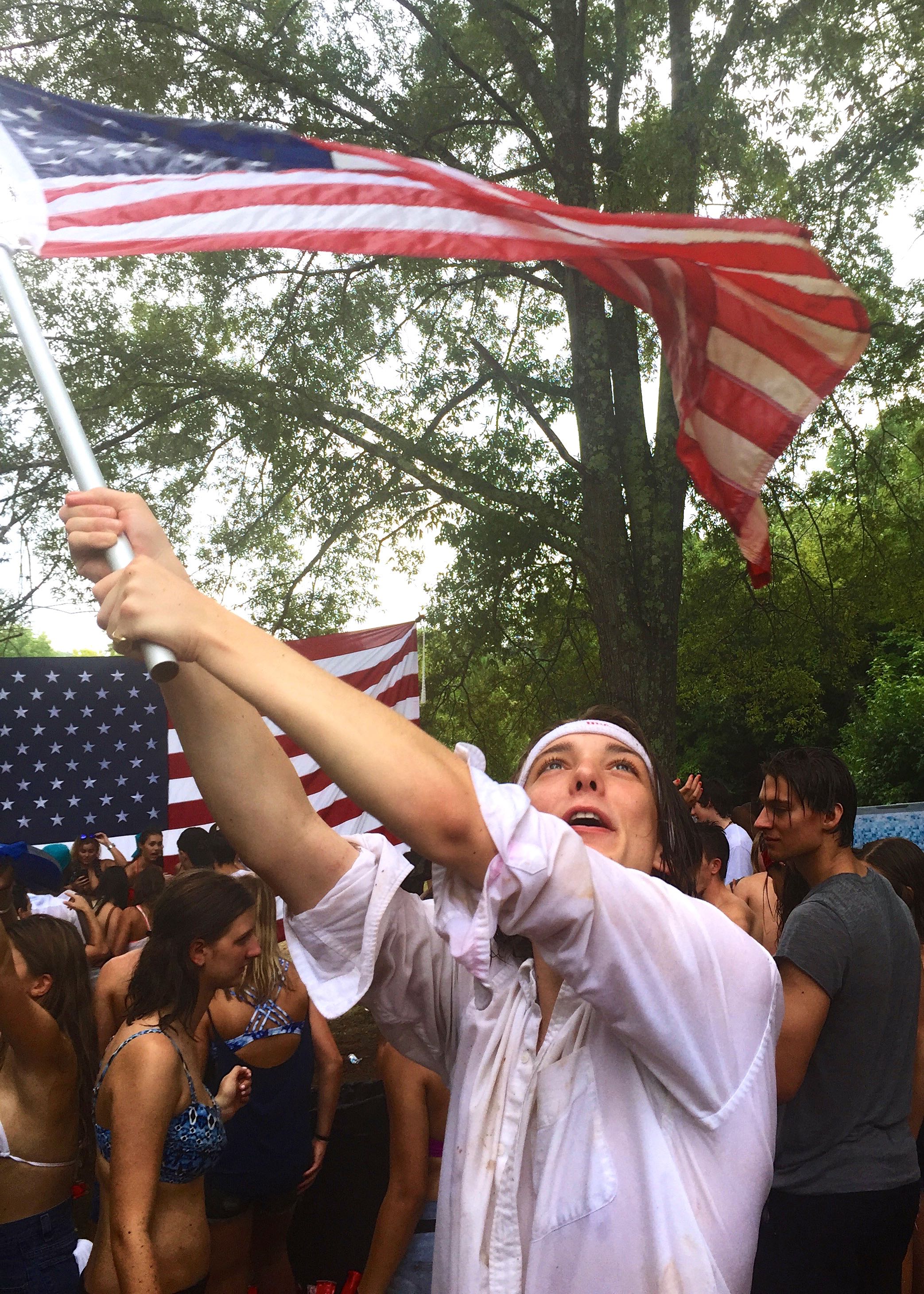 We were at the bottom of the road when we began to hear the roar echoing from The Cathedral, the name affectionately given to this haven for debauchery.

After the roar we began to see the flags. The stars and stripes were not waving in the beautiful Southern sky, but made of nylon and being pushed to their elastic limits as bikinis, swimsuits and boob tubes.

Never have I been more of a fan of American patriotism.

Getting out of the car and into the party was like stumbling into a Wonderland I only dreamt of when I was applying to the States. I was told the South was famous for harboring such party scenes, but this was unlike anything I had experienced.

My boys’ boarding school in England never played host to evenings like this. 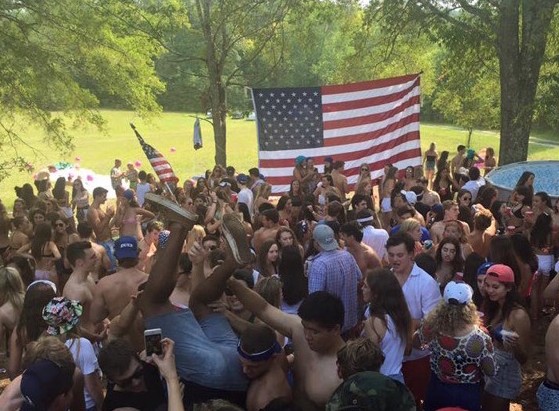 Coming home to London after school allowed for doses of depravity, but even then, I was more used to dinners, more used to narrow, cramped houses, used to partying without being effectively nude, and more used to getting dressed without having to choose which clothes I wouldn’t mind absolutely ruined by the end of the afternoon.

I couldn’t comprehend what was in store for me in the dirty South – a name which couldn’t be more apt.

A makeshift slip-n-slide meandered down the front garden of the house.

People were being oiled up, shooting down the plastic, accompanied by the occasional inflatable toy. It was like Disneyland, for 300 elated students.

When the drizzle turned into rain, the bass turned up, and the partygoers banded together in a spontaneous mosh pit.

Their thumping shook the campsite, and that moment, of everyone covered in mud, sweat, and oil, giving their dancing their all in the soaking rain was unforgettable.

I love it here.