‘There are no colors, only brothers’: Dartmouth football team sends message of unity

They wore all black in solidarity against recent violence

A Dartmouth College football player posted a picture and caption to Facebook that sent a message of hope, unity, and strength that we all needed.

On July 8th, amid the intense strife and violence from the tragedies in Dallas on July 7th, Baton Rouge on July 5th, and Minnesota on July 6th, the Dartmouth football team wore all-black and stood together in solidarity to send a message of togetherness and triumph over the recent violence and hatred.

Emory Thompson, a Junior wide receiver for the Ivy League squad, posted the photo below with the caption:

As a Football Family, we stand shoulder to shoulder wearing ALL BLACK in solidarity against the violence in our society today. We all come from different backgrounds, races, & ethnicities, but love each other as brothers. As a TEAM our thoughts and prayers are with the families of those killed & everyone hurting during this trying time. We all must look deep within ourselves and work together to make a change. “We decided to wear all black and take the picture in response to the violence and deaths of both innocent minority citizens and innocent police officers recently in the U.S.,” Emory said. “The picture shows a diverse group of people from different races, backgrounds, religions, ethnicities, etc. that stand as a unified front against any injustice in our society.”

Emory said that the culture of their team, and of football culture in general, contributes to the concept of family.

“We work and uplift one another everyday on the field and in the weight room and must do the same outside the line of the football field,” Emory said.

“Football as a sport is unique because we spend most of our time with these diverse individuals working vigorously towards a common goal of winning a championship. We learn about different perspectives people may have but learn to love one another as teammates through the realm of athletics.” 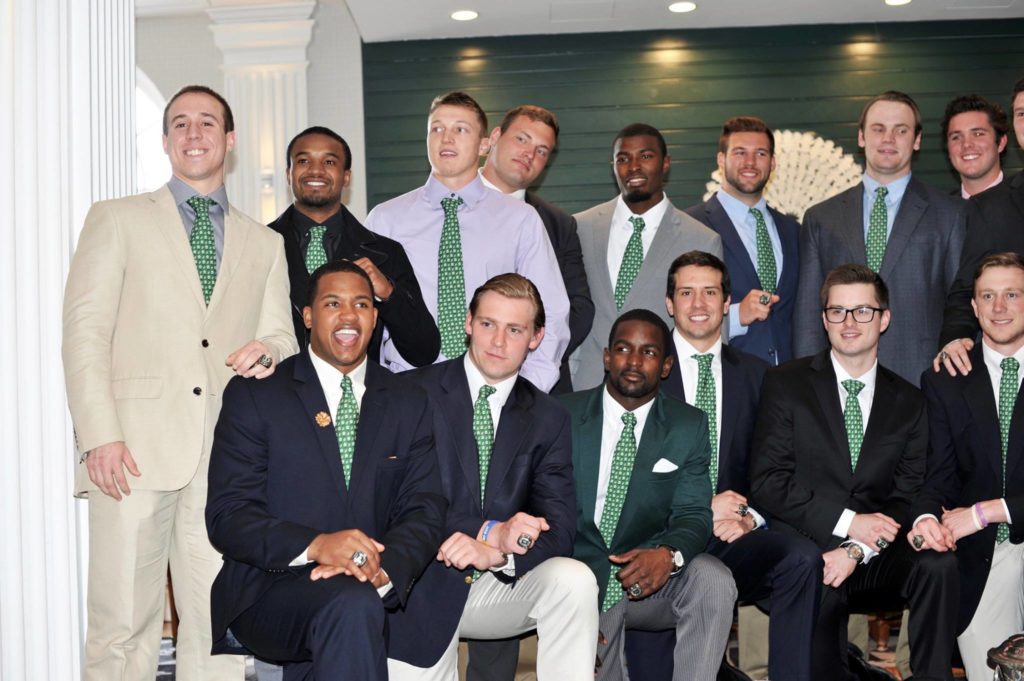 Members of the class of 2016 Dartmouth football team

Emory’s post was shared by dozens of his teammates, whom he described as “hardworking,” “intelligent,” and “a family.”

Alex McCrory, a Senior linebacker for the Big Green, was one of the teammates who shared Emory’s post with the caption, “There are no colors, only brothers.”

“Our team is extremely diverse and our greatest resource to understanding issues of racism, is our peers,” Alex said. “As a team, we do everything together, and when you spend that much time with a group, you learn to understand why someone feels the way they do and put their feelings into context. Because of the diverse makeup of our team and our willingness to talk to each other about racism, I think our team understands the issue more in-depth and cares about each other more deeply as result.”

Alex added that the value of inclusivity is a foundational pillar for their team, which starts from their coaching staff.

“Most of us come from very far away to come to Dartmouth and we all unite around that fact and take care of each other, whatever that may mean,” Alex said. “I think Coach Teevens has done a really fantastic job creating an environment surrounding our team that breeds inclusivity and does not tolerate individuals who do not support our mission.” 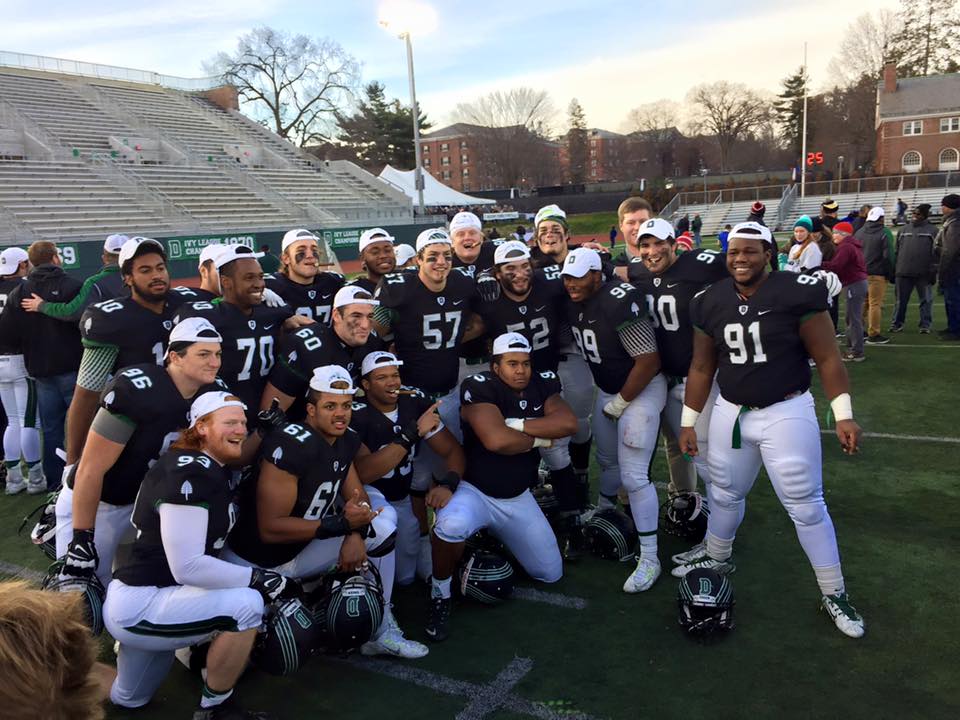 Members of the team after winning the 2015 Ivy League title

More so, both Alex and Emory said that being a Dartmouth football player is a privilege that brings them a monumental sense of pride.

“Dartmouth football has built an expectation for excellence on and off the field,” said Emory. “Myself and my teammates will go on to do great things in life beyond the realm of this great game of football and I’m happy to learn, grow, and work with this special group of guys.”

In our trying times as a people and as a nation, these men are the example we should all look to.