What my Lithuanian great-grandmother taught me about life

To sum it up for you without an entire history lesson, my great-grandmother, Marijona Barzdžiukietė escaped Lithuania shortly after WWI during the Wars of Independence. Famous historian Norman Davies summarized the situation, “the German army was supporting the Lithuanian nationalists, the Soviets were supporting the Lithuanian communists and the Polish Army was fighting them all.” Basically, it was a free for all. Marijona, like many other émigrés post World War I, was seeking security and stability outside of Lithuania. Even though I never met my great-grandmother, resurfacing her story has taught me that you can get through just about anything with patience, perseverance and prayer. 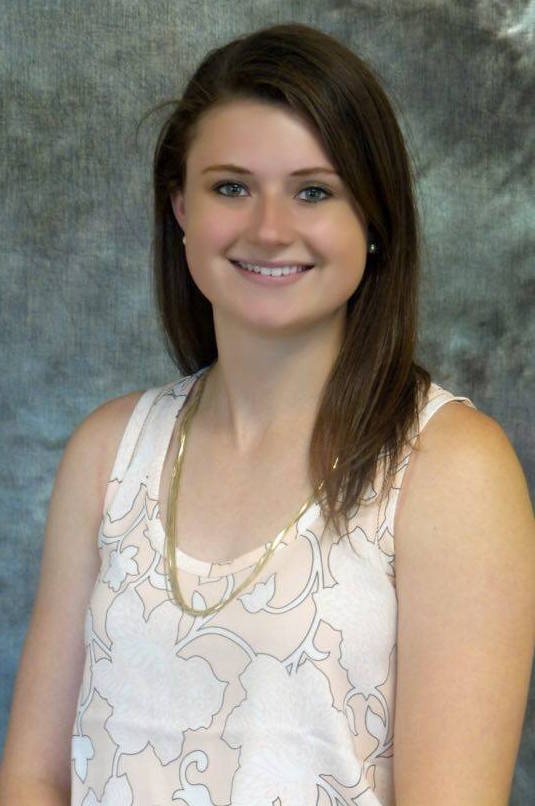 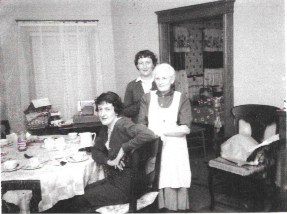 Marijona (wearing the white apron) in her later days in America, with two of her three daughters, Adela and Mary

Marijona had been living on her family farm for years until it was raided by German troops, who set fire to the family’s crops and looted their home. Her father died shortly after this incident after contracting sepsis (deadly blood infection) in a burn wound. Marijona was only in her early 20s at the time, yet she made the decision to travel to the United States in hopes of creating a better life for herself. She travelled alone from Lithuania all the way to Hamburg, Germany (over 800 miles). Then, she boarded a boat to Canada, and from there rode in the back of a bread truck to Stoughton, MA. The journey took nearly a year to accomplish from start to finish. Patience clearly is a virtue. 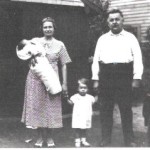 Marijona, Jonas, and their first two daughters, Adela and Mary.

Once she arrived in the US, things were not easy of course. She didn’t speak any English and had to rely on other Lithuanian immigrants to help her find work and living spaces. Fortunately, she had a knack for sewing and was able to find a steady job in a tailor shop owned by another Lithuanian immigrant, Jonas, whom she ended up marrying. Working together, Marijona and Jonas were able to expand their English, acquire American citizenship and create a life for themselves in America. Through hard work and a great deal of perseverance they were able to run a successful tailor shop, and support themselves and their three children. 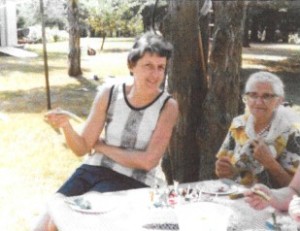 Years later, as a grandmother, Marijona would describe her departure from her family as “not a happy time,” which isn’t surprising given everything she’d been through. The split from her family was the saddest moment in her life and she always expressed dreams of going back to Lithuania to be with her siblings and family. However, she consistently preached to her children and grandchildren that if you have your health, you have nothing to be upset about. Marijona exemplified her gratefulness for her health throughout her life, and chose not to dwell on the past horrors of leaving her home during a tumultuous time in Europe. She expressed her gratitude through prayer, and attended church on a weekly basis. When you can bring yourself to pray not only in hopes of a positive outcome, but also as a way to acknowledge the things you are thankful for, it’s a lot easier to be optimistic, and live life with a glass-half-full attitude.