Dartmouth students will be punished for library confrontation

President Hanlon has broken his silence on the events that followed Dartmouth’s “blackout” demonstration.

In an email sent just now to the Dartmouth community, Hanlon said the administration would take action to sanction those students who breached violations of the college’s policy.

Here’s the section of his email about what went on in the library (you can read the whole email at the end of this piece).

I have heard reports of vulgar epithets, personal insults, and intimidating actions used both by students who entered the library and students who were already in the library.

We are actively investigating all reports of violations of College policy, and will enforce appropriate sanctions.

Such behavior is antithetical to our values and goals as an institution.

As one of the great institutions of higher learning, we are committed to the open and energetic exchange of ideas.

And as Dartmouth’s citizenship pledge reminds us, we must treat each person with dignity and respect.

Abusive language aimed at community members–by any group, at any time, in any place–is not
acceptable.

With the term coming to a close, judicial affairs will not convene to deal with any cases until the beginning of winter term in 2016. 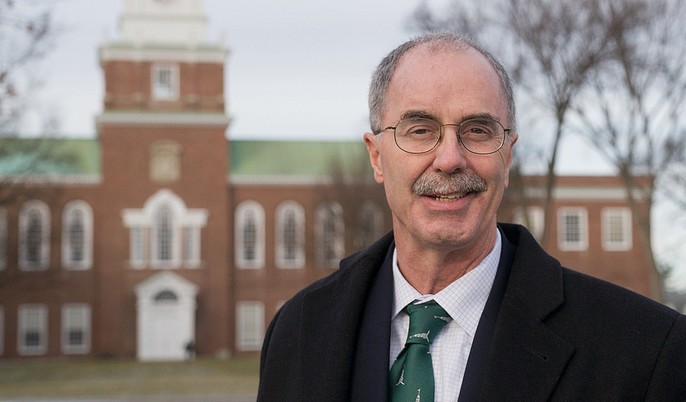 Hanlon also noted: “We strive to balance freedom of speech with strong community values of civil discourse–though we recognize that at times these principles conflict.”

He also said: “This demonstration was a powerful expression of unity in support of social justice–Dartmouth at its strongest.”

The email seems to mark a turning point for how the college is responding to the events of the protest.

The protests that began in Novak Cafe ended up in the the library where a small group of protestors reportedly yelled at students studying for final exams.

The Tab’s account of the evening became a national story last week, and has been supported by other accounts.

In addition to other obscenities targeting students, protestors allegedly reduced a white student to tears, later shouting at them “Fuck your white tears”.

With tensions high in the hours and days after, the administration remained relatively quiet.  President Hanlon originally sent out a brief email following the protest urging the need for communities to “learn from the experiences of others”.

After a fervent social media backlash to Ameer’s critical comment, she later distanced herself from her comments offering an ‘unequivocal apology’ and reaffirmed her support for all students at Dartmouth.

While Hanlon affirmed his support for social justice and Dartmouth’s mission to become an inclusive and equal community for all its students, he also has made it clear that the line has been drawn where all students have protected rights.