A burnt American flag was seen hanging from the office of The Envoy, Hunter College’s official newspaper, on Thursday. 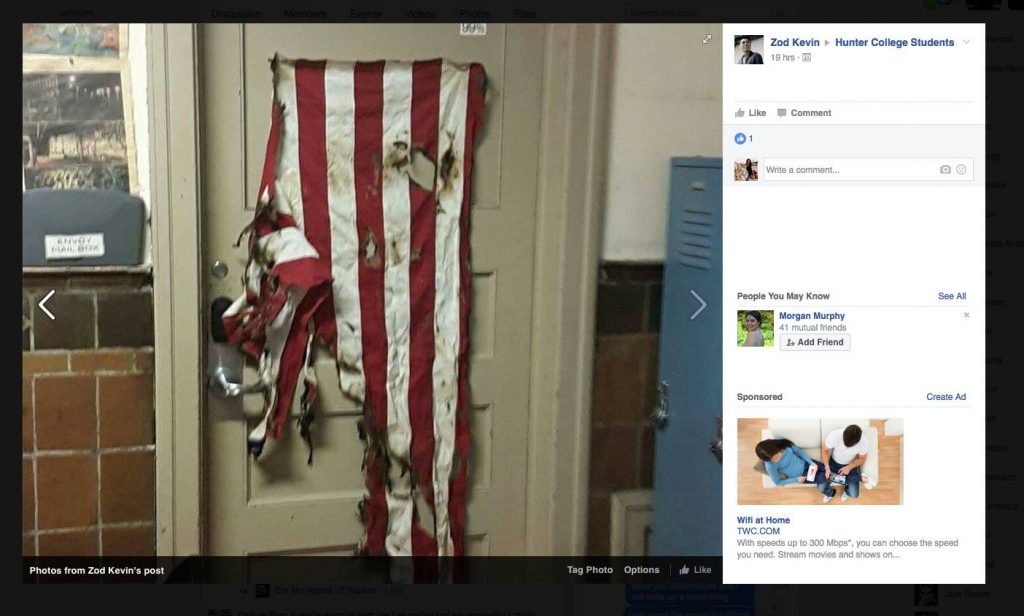 The tattered flag, hanging in the hallway of Thomas Hunter, was a source of outrage in one Hunter College Facebook group when it was posted by Kevin “Zod” Zaw.

Zod, who also is the admin of the Hunter College Students group where the pictures were posted, said the flag neighbored a second anti-Trump demonstration by the Graduate Student Association, which wrote “Fuck Trump” on a poster that hung on its door.

A few hours after Zod posted the images, the GSA changed its door signs to give a more positive message of being a more accepting environment without Trump hate. But the flag remained. 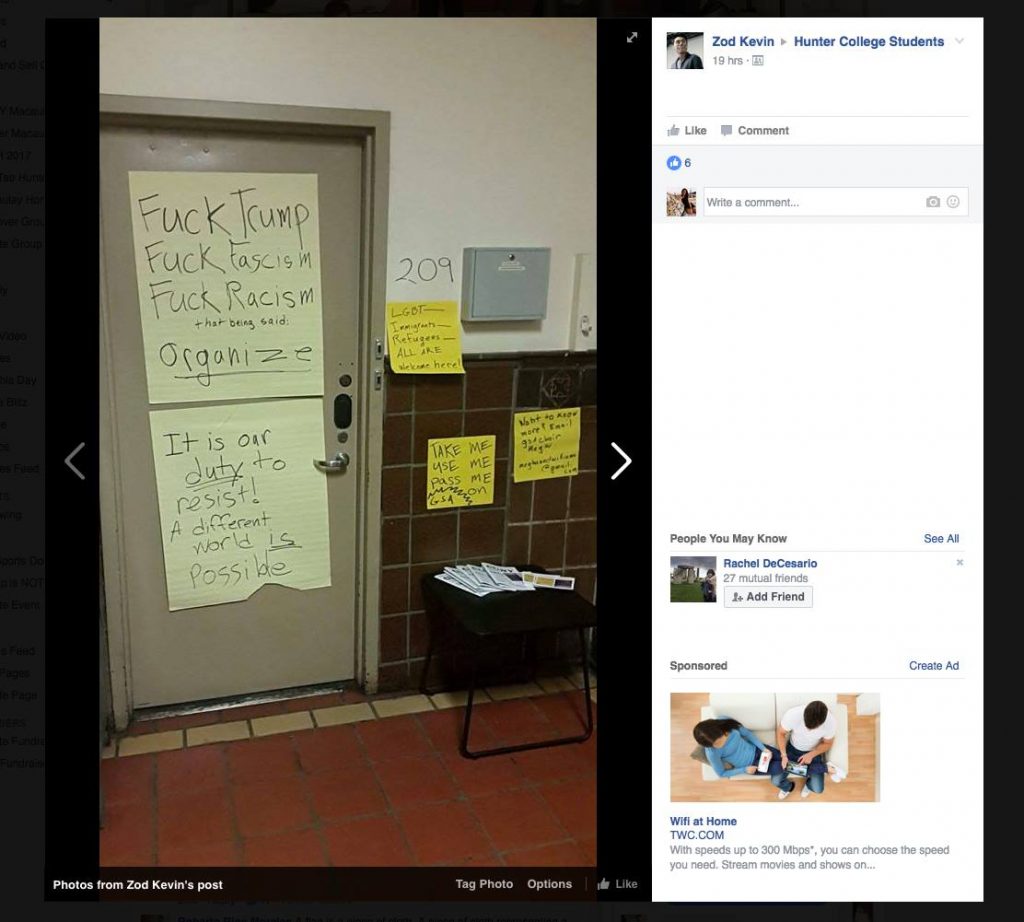 The vast majority of students who commented called for a more peaceful demonstration that does not involve the disrespect burning a flag implies. A few comments understood the symbol and defended its presence, as flag burning is protected under the First Amendment as free speech.

UPDATE: The Envoy’s editor-in-chief, Matt Vitale, released the following statement about the flag:

“We posted the flag. The press is the bulwark of the First Amendment. The nation has elected an enemy of the press, an individual with such a penchant for libel suits it borders on erotic fixation. In fixing the flag to the door, we sought to affirm the freedom of expression we see jeopardized in his ascension to the highest office in the land. The burned flag is a symbol of protest against rabid, blinkered patriotism, a chauvinism inextricably linked to a history of racism and oppression. In this regard, it is also a symbol for positive free speech in its greatest extremity, the right to criticize unbeholden to any extant power structure — the idealized function of the press. That people took issue with this is symptomatic of the underlying problem gripping the country.”